Who Gets to Be Successful?

Other people’s accomplishments don’t have to dictate my own.

You to Me to You 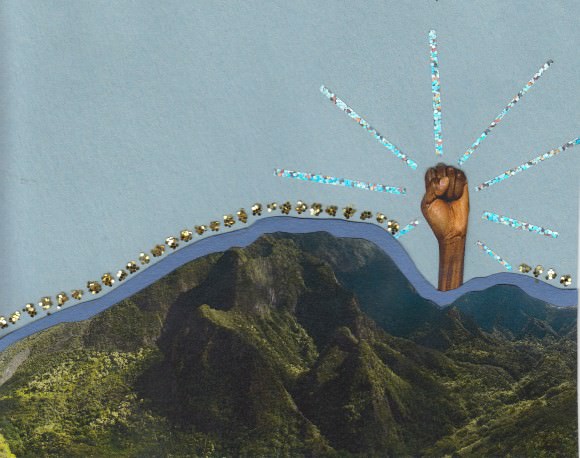 [Wealthy fields reward people who are] white, western, male, and affluent […] They’re born inside the game but play it differently. A woman or person of color is born outside it altogether, and we won’t know what rules allow them to win until they themselves invent them—as they go along. —Justine Musk

I’ve long supplemented every “major life journey” on which I’ve embarked—graduating high school, applying for college, trips to the bodega—with quotes, advice, and anecdotes from the lives of notable figures. (I’m convinced Oprah has all the answers.) This habit formed in elementary school, where I spent my years in “humanities” classes among an elite group of kids being groomed to be the next CEOs, presidents, and graduates of Ivy League institutions before we even hit our teens. We closely studied the lives of the people in whose footsteps we were supposed to follow—the Warren Buffetts of the world.

We weren’t rich white guys with congresspeople for parents, but that was supposed to be all the more reason to claw our way out of working-class black lives. There is nothing inherently negative about believing black students can be rich CEOs, but while I appreciate the years I spent at my grade school, it had its shortcomings. Our self-esteem was tangled up with very white, privileged ideas of success, as taught by white, privileged, and culturally out-of-touch educators, who “sacrificed” tenured professorships to “give back” to their communities, as if their mere presences were doing us favors. Success, to them, meant Chanel suits and meetings with politicians, aka wealth-based power, so we students adopted that definition, too. We weren’t directed to understand intersectionality or race theory, but to succeed at all costs—to become the next Steve Jobs, or whatever other hero we’d been made to idolize. One of my most memorable teachers was an older woman who reeked of Elizabeth Taylor’s White Diamonds. She made us learn Greek mythology and write letters to President Bush about how excellent of a job he was doing. She carefully read over these letters, checking for bad grammar, as she rubbed the broach on the lapel on her suit.

In high school, the focus on academics was more relaxed as far as the teachers were concerned, but the students put even more pressure on themselves than ever: We were highly ambitious black teens who had to get things done with a finite amount of resources. We always heard about how bad our school was, oft compared to the fictional East Side High School from Lean On Me. The comparison was made in jest, but there was always a cutting tone with which people made it. For the high-achieving kids of my high school, there was a need to defy these stereotypes placed on them, which in and of itself was tiring. If they couldn’t be the crème de la crème at this half-functional high school, the fear was that they wouldn’t be able to succeed with the likes of the white affluent students submitting applications to similar schools. We had one excellent guidance counselor to advise students who would otherwise be left to apply to colleges on their own, and since our school prioritized high academic achievers, getting THE VERY BEST GRADES was a ticket out. We competed with one another as a way of preparing to compete with the world.

My parents have always wanted to me to be “better than them,” by which they meant more financially comfortable and professionally accomplished than they are. My mother used to tell me that, as a black woman, I would have to work 20 times harder than my white counterparts to get half of what they have. (Which is true, and I appreciate her for it.) For the black students in the class, the need to compete just to be on par with your white classmates became etched in your psyche. A simple game of chess with a white male classmate could turn into Spassky vs. Fischer. As the only black girl playing a white student in the tournament—and one with serious chess training, at that—the stakes felt especially high. It was as if I had the whole hood on my back!

You can and should feel OK about wanting the world for yourself, but it’s worth examining how you try to execute those big plans. When you’re perpetually competing with and using the lives of others as the foundation by which your decisions are made—whether they’re famous, more privileged, or peers that you’re trying to outdo—you end up on a hamster wheel of self-doubt, in constant pursuit of external validation that always seems just out of reach. You need lots of reassurance that you’re on the right path to success, that you’re smart enough, and that you’ll be OK. This put me in a difficult position in high school: I had always been the “smart girl,” but I wanted to study things that appealed to me—and my high school curriculum wasn’t one of them. As a result, my grades were terrible.