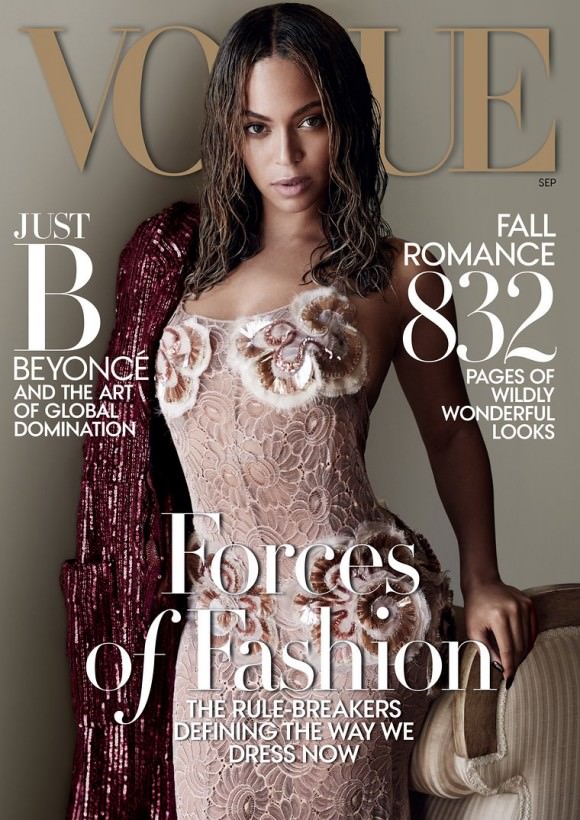 Beyoncé is Vogue magazine’s September cover girl, which is massive for a couple of reasons. In the world of magazines, September is a very important month, and its covers are highly coveted since landing one means you are considered influential in the biggest possible way.

Some media outlets incorrectly billed Bey as the first black woman to appear on the cover of Vogue‘s September issue. In fact, the supermodel Naomi Campbell covered the issue in 1989, and the actress Halle Berry in 2010. That said, Beyoncé is the first black singer, and only the third black woman, to appear on the issue’s cover. I cannot wait for this thing to be on newsstands so I can read the entire piece! ALL HAIL QUEEN B!
Dylan 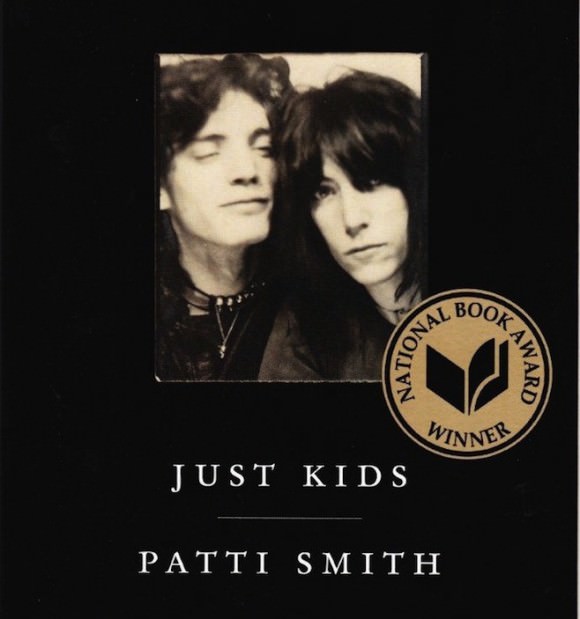 Showtime has announced the development of a mini-series based on Patti Smith’s memoir, Just Kids. Like the book, the series will focus on Smith’s young adulthood as an artist, and her relationship with the photographer Robert Mapplethorpe. My heart is beating super fast, but also cautiously; it’s always nerve-wracking to see your favorite books slated for adaptation. Still, with Patti Smith as co-producer, for every fearful heartbeat there’s a beat that’s all like, “YAY!”
Briana

The Drums released a music video for “There is Nothing Left,” and it is everything. The video, which you can watch above, stars the models Hari Nef (who KILLS IT, as per usual) and Damian Giles as a couple being pursued by a monster. Just watch it yourself, please—maybe you will love it as much as I did. Be warned, however: There is a bit of gore toward the end of the video.
Allyssa 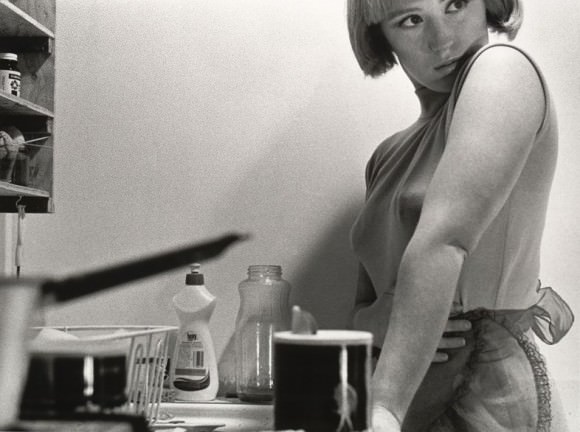 From “Untitled Film Stills,” by Cindy Sherman. Via Dazed.

Dazed Digital published an article highlighting self-portraits by female-identified photographers. The list included Cindy Sherman‘s film stills series, Vivian Maier‘s self-portraiture, and Claude Cahun, whose work deals with gender identity and self-fracture. The list also includes younger contemporary artists like Petra Collins and Hobbes Ginsberg. I admire many of these photographers whose work has challenged and influenced the world of photography, but I felt such pain in my heart see that not a single woman of color was represented on the list.

The work of women of color artists is fundamental to the conversation around self-portraiture. Important artists such as Carrie Mae Weems, who uses her body as subject to discuss family, as well as the politics of being a black woman; Ana Mendieta, who is almost always left out these sorts of lists, and whose work puts her body in conversation with nature and trauma; Juliana Huxtable, recently featured in the New Museum Triennial, who explores mythology in the internet age in conversation with her trans identity. These and so many others were left out of the fold.

Women of color continue to be removed from the narrative of art history, and exclusion in lists like these promotes that erasure. These women deserve their rightful place as icons and influential artists for future generations. The internet is a vast place, it doesn’t take an art history degree to educate yourself on these women; I implore the art world and art writers to do better.
Anne 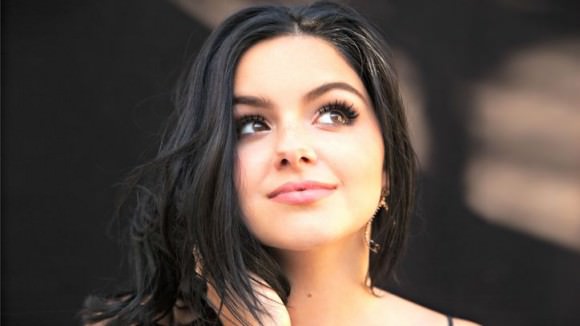 Photo of Ariel Winter by Collin Stark and Jessica Stark, via Glamour magazine.

The actress Ariel Winter is best known for playing Alex Dunphy on ABC’s mockumentary Modern Family. As a result of playing that role, Ariel has done much of her coming of age onscreen, and endured a ton of red carpet scrutiny. In this interview with Glamour magazine, Ariel Winter discusses her decision to undergo breast reduction surgery. She talks about body image and the importance of being—and feeling—like yourself.
Meagan

When I was in high school in central Ohio, my health teacher told me that having sex would make me analogous to a prune drying up in sunlight. That silliness was just one of the many types of abstinence-only based sex education programs all over the United States. As John Oliver notes in this segment on sex education for his show, Last Week Tonight, only 13 states in the U.S. mandate that sex ed should be medically accurate.

Oliver demonstrates how much of the information offered in sex ed classes shames teen sexuality, gives confusing information about consent, and is often just shoddy science. Mostly Oliver’s segment is aimed at parents, but watch for the highlight—his comedic take on human sexuality class. He creates a Sex PSA For Teens, featuring luminaries including Laverne Cox and Kristen Schaal.

I’ve fallen in love with Vallens, a shoegaze band from Toronto, and their music video for “Dark Tunnel.” It is a shadowy mirage through the woods, splashed with glitter and fairy lights. Also, the song was reportedly inspired by the TV drama Twin Peaks.

In an effort to combat the drought in California, water reservoirs are being transformed into GOTH BALL PITS. Little black “shade balls,” like those in the video above, are being poured into the water to help combat evaporation and toxic algae growth, so that water can be conserved for things like showers and…drinking. Watching thousands of black balls rushing into the water to do their work, I found myself cheering along with the Los Angeles Department of Water and Power. Saving water with balls! Thanks, Science. ♦