Saturday Links: On Top of the World Edition

Willow Smith on the next level, Run the Jewels’ tribute to Ferguson, Drake at the Degrassi reunion, and more. 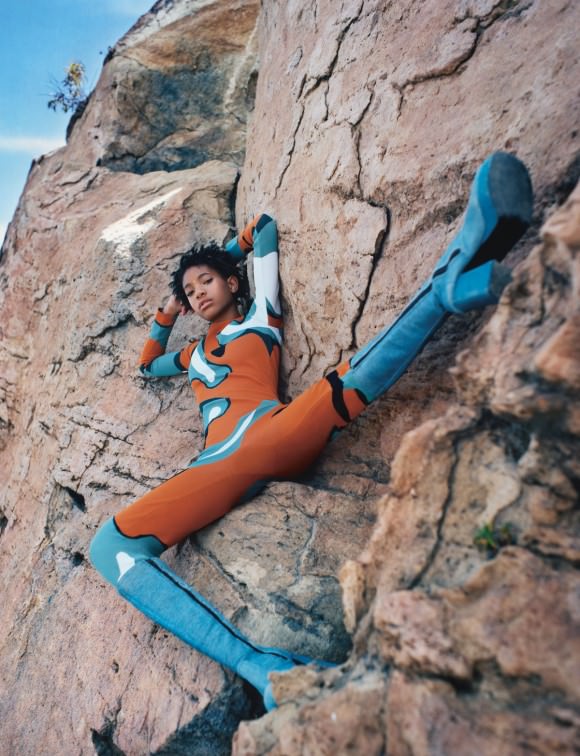 Photo of Willow Smith by Tyrone Lebon, via i-D magazine.

Willow Smith is the cover star of i-D magazine’s Coming of Age issue and her profile is so refreshing to read. Much like Zoe Kravitz’s recent interview with Nylon, Smith talks about herself and the rest of the world, too. The interview lays on the, “WOW THIS IS A SURPRISING, INTELLIGENT YOUTH” a little thick, but Willow still manages to express herself honestly, which is all I needed, really.

She discusses her love for nature, exploring London alone on foot, and so much of what she says hit my heart in the best way possible. For example, “The only thing that I ever want to do is be on the next level because if you’re not, then either you’re staying in the same place you’ve always been or you’re following somebody else.” I couldn’t agree more; sometimes I can get stuck or lost in a dead-end and this advice, to get to steppin’ by breaking the mold is a great reminder to keep creating. Read the entire interview via the link above; it’s a nice break from the rest of the internet.
Derica

This weekend marks one year since Michael Brown was murdered by the police officer Darren Wilson. Tomorrow, on August 9, Mike Brown’s family has organized events to commemorate the teen’s death, including four and a half minutes of silence, to represent the four and a half hours during which Mike Brown’s body lay in the street after he’d been shot.

In conjunction with this anniversary, reflections on the Ferguson uprising have been all over the news. Of all the love-filled tributes to the protesters and rioters who rose up to condemn Mike Brown’s murder, police brutality, and the grand jury decision not to charge Darren Wilson, this video by Run the Jewels on the BBC made my heart beam the widest.
Simone

The beloved Canadian teen drama of my youth, Degrassi ended its run on TeenNick this week. Despite providing 14 years of memorable and groundbreaking drama, Degrassi is perhaps best known as, “That show Drake was on as a kid.” So it was nice to see the “6 God” himself reunited with his old cast mates in Toronto this week. If only Downtown Sasquatch would do a reunion tour.
Anne 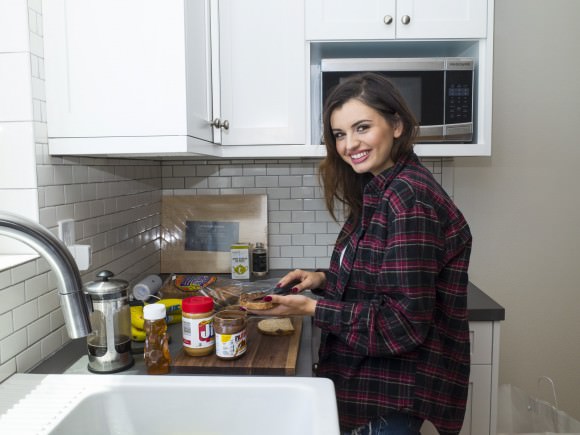 Photo of Rebecca Black by Joyce Lee, via BuzzFeed.

Four years ago, you couldn’t say “Friday” without a certain YouTube sensation haunting the rest of your day and dreams. This made it easy to forget that the song’s 13-year-old singer was an actual person who was far from ready for the media firestorm spurred by her single’s success and infamy. Thankfully, this BuzzFeed profile on the now 18-year-old gives Rebecca Black the respect she deserves, all while helping us understand what life’s been like for the girl whose life was briefly consumed viral video culture. Spoiler alert: I don’t think I’d have come out as well-adjusted as she seems to be.
Mads

The Guerrilla Girls is a activist, feminist, art collective in which women artists have worked to end gender inequality in the art world since 1985. Its members are anonymous; they take on the names of dead women artists (like Frida Kahlo) to keep their memory alive. This New York Times article and video celebrates the Guerrilla Girls’ 30th anniversary.

In the profile, one of the women describes sitting in bars mocking the art world’s lack of inclusiveness and then says, “Culture is the story of everyone, and how can you really tell the story of a culture when you don’t include all the voices within the culture? Otherwise it’s just the history and the story of power.” Their work to support and acknowledge women making art and DOING THINGS is so rad. 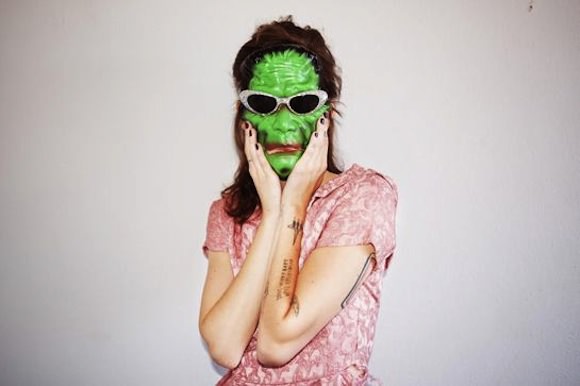 Image by Zoe Zag one of the artists part of the “Hot in Here” exhibit, via Refinery 29.

Adi Rajkovic has curated an art exhibit called “Hot in Here” at Sunday, a Los Angeles gallery and live/work space that she co-founded. The show features humorous self portraits, dreamy shots of Los Angeles, and more—all by women artists.
Emma S. 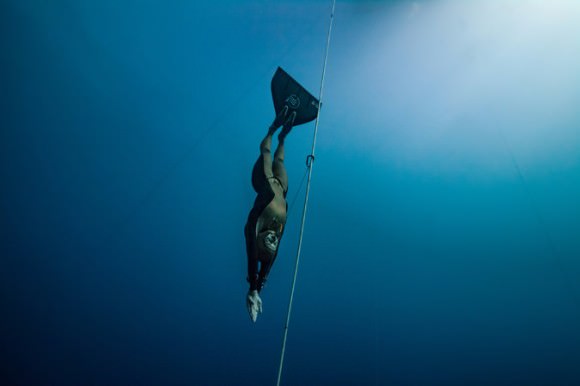 Photo of Natalia Molchanova in 2013, by Daan Verhoeven. Via the New York Times.

The best free diver in the world, 53-year-old Natalia Molchanova, went missing during a dive in the ocean, and is presumed dead. Molchanova had an incredible life: In her youth she was a competitive swimmer before taking two decades off to raise her family. Two decades! When she returned to the water, it was as a badass free diver—a swimmer who descends with weights around her neck to depths of hundreds of feet. At the time of her disappearance, Molchanova was regarded as the greatest free diver in the sport’s history. What an amazing lady. 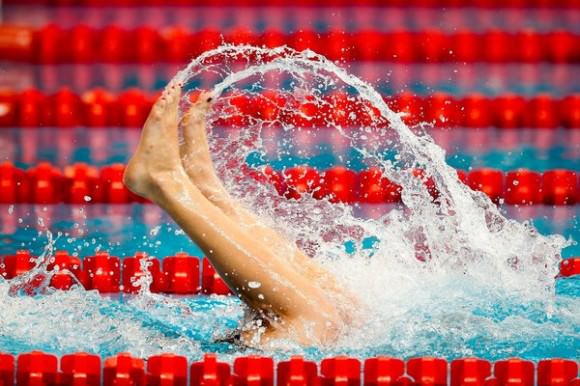 Photo of Katie Ledecky setting a new world record at the world championships by Patrick B. Kraemer. Via the New York Times.

The 19-year-old swimmer Katie Ledecky, broke her own world record in a 1,500 meter freestyle event…without even trying. This article, in the New York Times, describes Ledecky’s family and teammates cheering her on as they watched the clock, knowing that she was breaking her own world record. When she emerged from the pool, she was stunned and like, “Oh, that’s why you were yelling, you weirdos.” Shine on, you diamond!
Rose 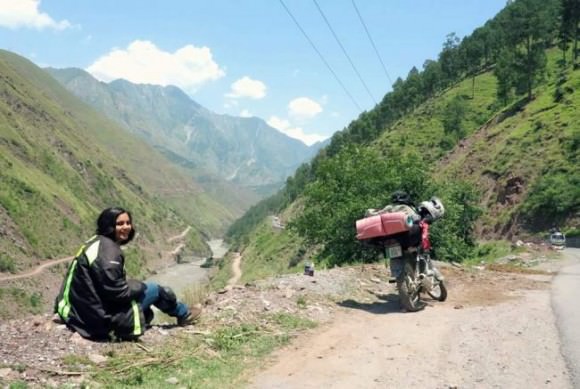 Photo of Zenith Irfan from her Facebook page, via the Daily Pakistan.

I have such a weakness for stories of fearless women striking out on solo adventures. Traveling alone can be a dangerous but also exhilarating and heart-and-mind-expanding experience. So I really loved this story about Zenith Irfan, a 20-year-old from Lahore who is living her dream of riding around Kashmir on a motorcycle. Her Facebook page has dispatches and pictures from her journey. You can also read an interview with Irfan who was recently featured on Humans of Pakistan. ♦