Songs before they were famous.

A couple years ago, when I first heard Gloria Jones’s “Tainted Love,” I asked myself two questions. First: Why is this song so damn awesome? And second: Why am I just NOW hearing this when it was originally released in 1964? There are numerous answers to the first question (Jones has a powerful voice with a wicked rasp; the horns in the background are rad; the tempo is perfect for “Amber’s private-alone-in-my-room boogie down dance party times;” et cetera). Although there are also probably numerous answers to the second question, chief among them, I think, is that a cover version of the song, performed by 1980s synthpop band Soft Cell, became a massive commercial success when it was released and it ultimately eclipsed Jones’s original, which made very little impact when it came out in the ’60s. That Soft Cell cover has so thoroughly supplanted Gloria Jones’s version that people like me didn’t even realize it was a cover.

This experience got me hunting for other songs that were initially recorded by one artist but achieved widespread popularity when they were covered. And I have to say, listening to the original, more obscure renditions is so much fun. Obviously with these earlier versions you’re going to hear a different interpretation of the tune, an interpretation that can evoke completely different emotions in you as a listener because each artist or group brings a unique energy or spirit or cultural background or just new instrumentation and style to the music. So it’s interesting to compare and contrast the originals and the covers in that way, noting which elements were changed and which were essential and therefore unchangeable. But the original versions are also cool because you’re getting a fresh take on a song that you’ve maybe heard a million times—a song that may have lost its edge or impact after being used in countless movie trailers or M&Ms commercials or whatever. The songs on this playlist are all originals, and though they may be older, they’re also new, in a sense, and that duality makes them exciting. They’re also just really sick jams. 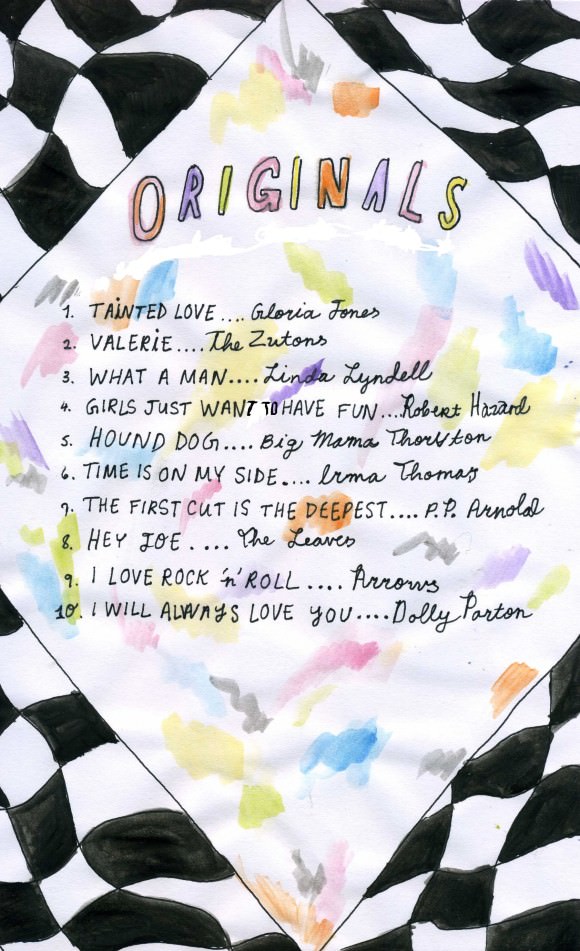 Cover and tracklist illustrations by Isabel.