“The answer is always action.” A music video premiere and notes on overthinking. 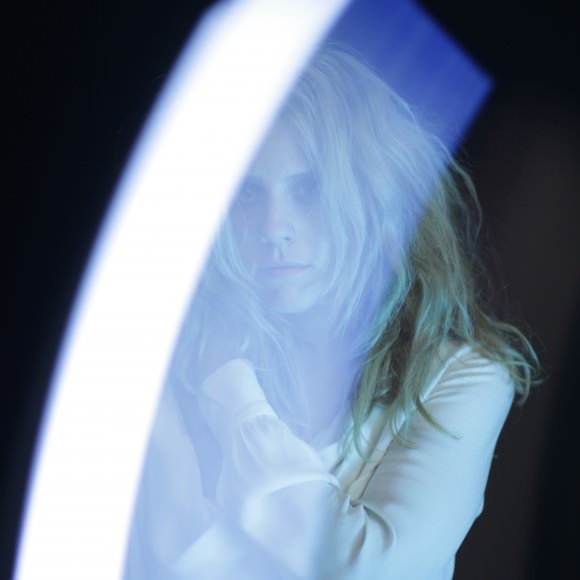 Doe Paoro makes songs that draw from her own life, adding her voice to stark rhythms and thumping electronic beats. She released her debut album Slow to Love in 2012 and she’s been hard at work on the follow-up for the past three years. Thankfully, her second record After is set for release on September 25. In the meantime, here’s the video premiere of “Nostalgia” (directed by Valentina Avayu), the second single from Doe’s new album!

Doe and I spoke about breakups, the allure of nostalgia, and cycles of growth and decay.

NILINA MASON CAMPBELL: Who are you speaking to with the song “Nostalgia”?

Has nostalgia or ruminating on the past ever held you back?

A time when I’ve been nostalgic and it definitely hasn’t served me is during a breakup. It’s really interesting the way your memory reconstructs things: It’s so selective, it’s a tricky device. You can look back on something and only see the best times—and that’s just not what [happened]! A year ago, when I was writing this song, I was going through a breakup and channeling that. Thinking about that relationship was really closing me off to anything new or any possibility that could have be coming. I was just going over and over and over [thinking] about this person. But I can never re-enter that moment, so there’s no point.

Nostalgia can trick you into believing that if you ruminate on something long enough, you can go back to that moment.

Those positive feelings you had when you were with that person come back, and it’s really elusive because it’s not real, it’s not real anymore.

Memory can give such a skewed version of reality by presenting us with the good parts and not the bad. I wonder why that is?

I think if it presented both, we probably wouldn’t want to go back because we wouldn’t want to relive the painful stuff all over again. The ironic thing is that in going over the good things you are bringing yourself pain anyway, because we can’t go back.

I don’t know why our memories work that way. It’s so interesting that every time you tell a story it changes. You start to believe the last version of the story and you get further and further away from the event and more and more into the memory of the story you told about the event. It’s your own narrative.

You brought up how remembering the good things is also painful because it makes you long or ache. RuPaul once tweeted, “Heaven or hell is a choice I make every waking second that I’m alive and not something that happens when I die.” I’m processing a breakup and spending my time remembering the good times was making me so sad. That RuPaul quote helped me see that by indulging in the good memories, I was actively choosing to live in my personal hell. I realized I had a choice in the situation.

I can’t turn off missing that person, but I can turn off how much time I spend thinking about the memories.

It’s totally good and it’s a form of strength to own your pain if that’s what you’re going through and grieve it and do what you have to do. Don’t ignore it but also don’t sink into it. And after you’ve addressed it: OK, now what’s next?

You’ve released another song from this album called “Growth/Decay” and the album itself is called After. How does it all tie together? What inspired these titles?

It all ties in. The title “Growth/Decay” is from something that my meditation teacher always says: “Everything rises to pass away.” That comes down to everything: A flower blooming, your own body aging, people who come into your life and you’re in love with them, and the next day you’re not or they’re gone. It could feel really tragic, knowing there’s a decay cycle. But I’m trying to get to a place where the decay cycle is not worse than the growth cycle because it sets the ground for growth. That’s kind of what the song is about.

I came up with the [album] title after I wrote it as I was trying to figure out what the narrative was. I wrote the record over the course of three years. It’s a long time to have one theme. I felt like it was really about being in the mental state of after-ness. Of being not completely present. Knowing something was over and knowing that the rest hasn’t started yet. Being in the space between two doors with a lot of reflection on the event that’s just happened. The record deals with a lot of cycles, regret and hope, too, but not yet seeing what’s ahead.

How does a person handle the period of being between those two doors? Have you found a way to process being in that space?

I have, but only through being stagnant. For me, the answer is always action. Whatever action I can take to get me closer to where I think I need to be. Completely active but surrendering expectations. If I have an expectation then I won’t enjoy the action. Does that make sense? That’s the thing. When I get into a bad place where I feel overwhelmed by something being finished and not having anything ahead, I can’t figure out what the action is and can’t do it.

Do you have to actively seek out growth to escape the decay or do you just let it happen to you, assuming that growth will come because life moves in that cycle? The band Cults have a song called “Go Outside“—it’s the simplest command. You have to take the first step and then maybe things will come to you and you can move forward from there.

I think that is totally right. Take any step toward what you think will be good for you in those moments. What’s going to nurture you into getting to where you need to be? It’s great to acknowledge and be in touch with how you feel, but the excessive ruminating, you can drown in that. In regards to expectations, that’s something I’m still working on and continue to have to learn through trial and error. I really try to enjoy the action, make sure the actions I’m taking are really intentional and whatever happens, that’s what happens. I can’t control what happens but I can control the effort and attention I’m putting behind everything I do. ♦