Sunday Comic: Life Outside You & Me

Naturally one of the biggest music videos of the year would be nominated for MTV’s Video Music Awards biggest prize, right? Wrong. Although Nicki Minaj’s video and album artwork for the single “Anaconda” damn near broke the internet, “Anaconda” was not nominated for the VMA’s Video of the Year award. This snub makes no sense because “Anaconda” was a FORCE. The video smashed Miley Cyrus’s Vevo record for most streams within 24 hours, and had models at Vogue AND me and my homegirls in our bedrooms attempting the choreography!

In response, Nicki tweeted a critique of the way black women in the music industry are valued: “If I was a different ‘kind’ of artist, “Anaconda” would be nominated for best choreo and vid of the year as well.” In the Storify of Nicki’s tweets, linked above, Nicki notes her commitment to acknowledging various body types in an industry and culture that prefers slim, white bodies. She also addresses the combination of racism and sexism that means black women’s contributions to the music industry and popular culture are denied recognition.

I'm not always confident. Just tired. Black women influence pop culture so much but are rarely rewarded for it. https://t.co/2xOvJzBXJX

@NICKIMINAJ I've done nothing but love & support you. It's unlike you to pit women against each other. Maybe one of the men took your slot..

While I’m sure she meant well, Taylor’s response derailed Nicki’s point by misrepresenting her comments about structural inequality as unsupportive infighting. This scenario is an example of how feminism that centers on white women alone erases and shouts over black women—especially when we address the oppressions specific to our identities and experience. The fact is, white women are rewarded at the expense of black women all the time. When black women use their platforms to speak out on injustice, they are not targeting white women but addressing the structural issues at play.

Taylor apologized to Nicki and all is well. I hope the next time a black woman has the floor, people will think twice about cutting her off or undermining her points. Sometimes a little more nuance is necessary to understand the varied oppressions women face, and when we sidestep this nuance because of hurt feelings, no one wins.

The death of Sandra Bland in police custody has sparked outrage and discussion, and the case continues to develop.

This article by Desiree Stevens at Black Girl Dangerous outlines “Seven Ways to Turn Your Anger Over Sandra Bland Into Action, by supporting incarcerated (and formerly incarcerated) black women. Black women are oppressed by the same systems that oppress black men, and are incarcerated and killed at equally alarming rates—facts that go under-acknowledged and under-reported. The article explains that black women—13 percent of the women in this country—are currently the fastest-growing demographic in U.S. prisons. Institutional oppression and discriminatory policies contribute heavily to that rising number. The piece contains a lot of great resources and links, including the video above, in which black women talk about their encounters with the criminal justice system.
Estelle 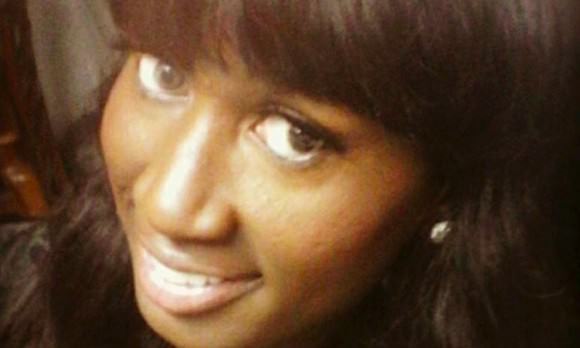 Photo of India Clarke, via the Guardian.

The Cut has published an article about the tragic and violent murder of India Clarke a 25-year-old transgender woman from Tampa, Florida. The piece also explains the violence in how this crime has been reported and investigated, with law enforcement continuing to misgender India, the 10th transgender woman to be murdered in the U.S. this year.

A mere day after that piece was published, the Guardian reported that a 66-year-old trans woman K.C. Haggard has been murdered in Fresno, California. We continue to hope for change, awareness, empathy, and safety in the midst of such hateful actions. We will not forget these women. 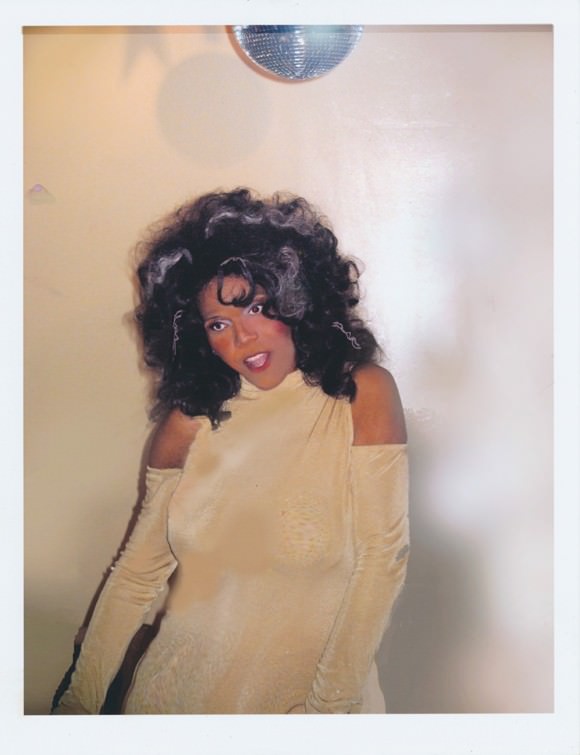 A bright spot in this harsh week was Julia Carrie Wong’s profile of Miss Major Griffin-Gracy, an African-American transgender woman who lives in San Francisco. Miss Major has advocated and cared for many trans women, including the journalist and author Janet Mock, who has said, “Without Miss Major’s contributions and work, I would not exist.” To read about the life of this brilliant and brave woman is to know that there is abundant goodness in the world.
Derica 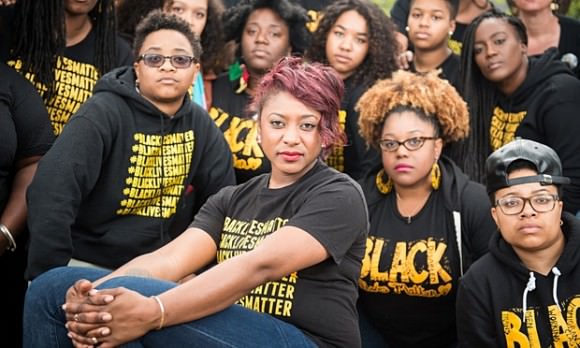 Photo of Alicia Garza (center) with other activists, by Kristin Little Photography. Via the Guardian.

This Guardian article examines the birth of the Black Lives Matter movement and foregrounds Alicia Garza, the queer black woman who coined the words around which thousands of people have rallied to demand justice and assert the value of black life. I especially liked Garza’s words about how this movement differs from the civil rights movement to which it is often compared: “We have a lot of leaders, just not where you might be looking for them. If you’re only looking for the straight black man who is a preacher, you’re not going to find it.”

Janet Jackson released the music video for “No Sleep,” the first single from her forthcoming album. You can watch it above. My heart is too full of unbridled joy for any more words, just praise hands emoji and gratitude that she is back. JANET!
Nova

In this hilarious video, Akilah Hughes explains Racial Discussion Fatigue Syndrome (#RDFS) and offers some really great practical self-care advice, too. And she’s right on time. Being active on social media during this already-iconic #BlackLivesMatter movement is such an interesting experience. I am half a world away from the U.S., yet experiencing the surge of shock, anger, and desire for justice each time I learn the name of a black person whose life has been taken by police or vigilante.

I will never claim to have an intimate knowledge of the pain on another continent but I do stand in solidarity with African Americans. In so doing, and through my own experiences of racial injustice in South Africa, there is a certain kind of exhaustion that sets in from constantly trying to communicate essential anti-racist ideas to people who juuuuuuust refuse to get it. You can watch the video above, and if you’re feeling exhausted use some of the tips; I have and I’m already feeling better for it. Thanks, Akilah!
Gabby 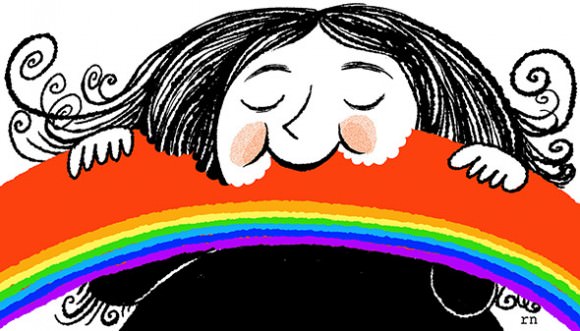 Illustration by Robert Neubecker, via Slate.

This exploration of why so many peoples’ favorite candy flavor is “red,” even though that’s technically a color not a flavor, is fascinating. As an outlier who thinks yellow Starburst are the best, I encourage this behavior because it means a lifetime of people giving me candy they don’t want.
Meagan

The Norwegian experimental singer and composer Jenny Hval has released a music video for “Sabbath,” and it is even more sublime than I could have imagined. The video was directed by Zia Anger in an eerie slow-motion and shot on a smartphone. If you haven’t already, listen to her album Apocalypse, girl. It’s of the year’s best records (in my humble opinion). 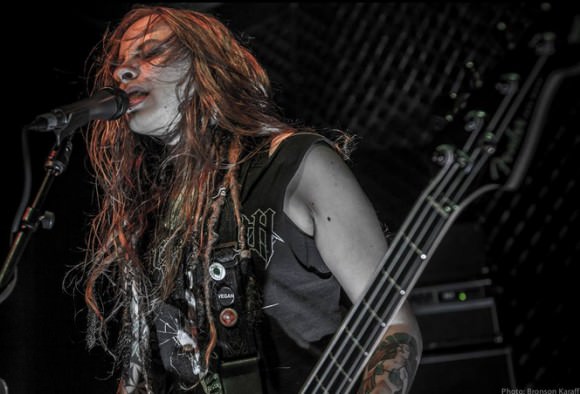 Photo by Bronson Karaff, via Noisey.

My favorite music writer Kim Kelly interviewed Amanda Daniels, formerly of the band Enabler. They discuss the abuse Daniels suffered at the hands of her ex-boyfriend and former bandmate; the piece contains very frank descriptions of abuse, so take care if you choose to read it. Kelly and Daniels also talk about how women in music are treated as sexual objects, rather than capable, creative musicians.

I’m so excited about the musician Empress Of, an electronic pop artist whose songs are mini abstract diaries, with lyrics to which I can always relate. Empress Of’s latest song, “Kitty Kat,” is a response to being catcalled in public. I love how personal the music video feels; it places me right there in her perspective.

Gif via the Nerdist.

Are you in possession of $50,000 in cash, either stuffed under your mattress or packed neatly into a suspicious briefcase? Would you like to be a caretaker to a slightly terrifying, oddly adorable two-headed snake? Well, then you’re in luck, because you can own Medusa the snake(s)! According to Nerdist, Medusa the snake was born with polycephaly, meaning she has two heads rather than one. The two heads are totally independent of each other but control the same body. Although most of us cannot hope to adopt Medusa, we can enjoy videos of her doing her cute snake things—I hope this doesn’t give you nightmares.

I was so excited to hear the new song, “Lonely You” by Wax Idols, a goth-influenced rock band fronted by the dynamic singer Hether Fortune. Hether’s voice is the sound of heartbreak in this mournful song that she describes as a “breakup vehicle.” I’ve had this on my rotating playlist for days now, and it makes me feverishly anticipate their new album, which comes out in October.
Meredith 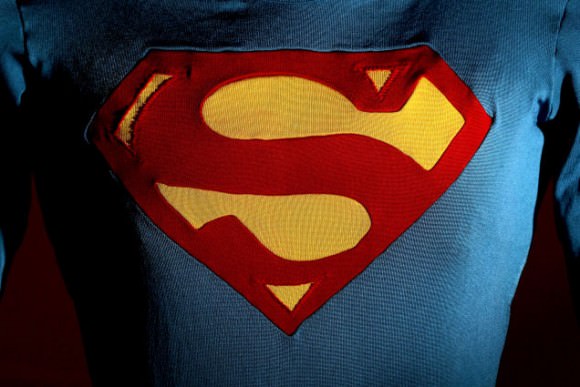 The release of the upcoming film Batman v Superman: Dawn of Justice has people just coming into the series questioning: Why Batman VERSUS Superman? Aren’t they both good guys, theoretically on the same team? An equally curious and obviously perturbed writer at the Concourse has written an article analyzing the phony iteration of Superman that makes this franchise possible. This article contains many, many swears—but they’re really funny!

Unlike the “real” Superman from comics, movie-Superman has a foul attitude; he’s a “grim ’n’ gritty anti-heroic thermonuclear bomb in a cape and tights.” Even so, the author concedes, in both comic and film form, Batman is “a trust-fund billionaire who puts on a balaclava with ears so that he can do technology-enhanced karate at pickpockets and muggers.” There’s also LITERALLY NO WAY Batman could ever beat an alien superhero with laser eyes who can only be defeated by Kryptonite, a substance not found on Earth. This article is hilarious, but the author’s final summation—that the imaginary conflict boils down to “the child of outrageous privilege being given a boost from the powers that be to ensure his undeserved triumph over a self-reliant minority,” really made me think. ♦