On “Putting Yourself Out There”

Don’t panic if people don’t pay attention to your published work right away. 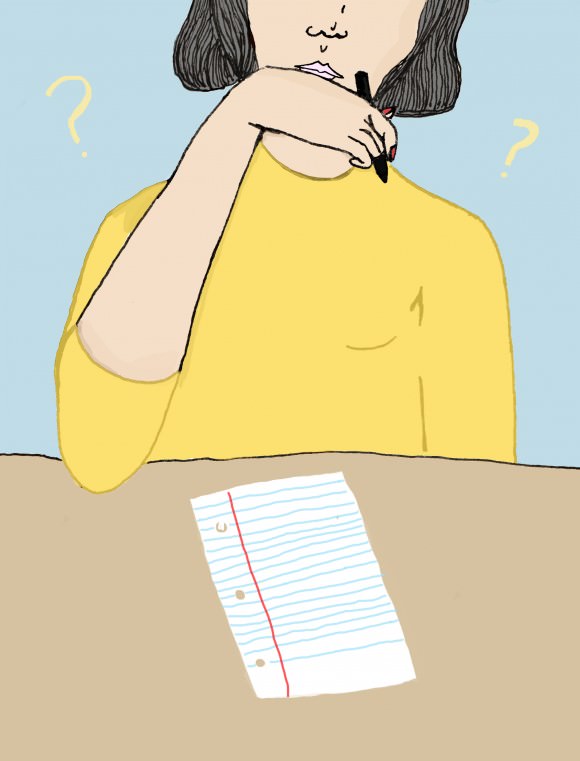 Making art, photos, writing, or any other kind of creative work comes with the choice to share that work—or not. Thanks to the internet, it’s never been easier to send the results into the world, so the distinction between public and private creation has become even starker. To publish your output online the internet is to implicitly ask your friends, peers, and/or more distant audiences for commentary on your passions. It’s not silly or self-centered to showcase what you create to a broader audience than just yourself: A world in which artists or writers shared nothing for fear of seeming vain would be a brutally boring world to live in.

External validation and appreciation doesn’t have to be the “goal” of art. You can make art for yourself and yourself only, you can make it for your friends, or you can eschew “approval” from anyone. It’s easy to forget this when there are so many avenues like Tumblr and Twitter for getting yourself “OUT THERE,” as my teachers and editors and friends say. The idea seems to be that that what you’ve created should lead to some financial or professional payoff, or at least praise. I see an anxiety in every single creative person I know that not enough eyes are glued to what they’re doing. When more and more people are putting their photography, music, and writing out into the world, it can seem harder and harder to make yourself stand out. The internet has sped up the timetable for “normal success,” e.g., fame, notoriety, making real money off of your art: Any initial lack of interaction (whether that comes in the form of comments, purchases, reblogs, or job offers) with your work can be a gateway to feeling like you must be bad at what you love. Nobody else seems to care about your output, so you must suck, right?

You might think, Well, if my work was REALLY GOOD, people would love it and buy it and shower it with awards. And that’s a valid thought, but the most popular things are not automatically the “best” things. The important thing is you have to define your own sense of “best.” When I’m writing, I think about who I want to really like something I’m writing. I’d rather have three of my favorite people love an essay than a thousand strangers. I’d rather take my time working on something I really like and care about that has no place on the internet than publishing a half-baked essay about something I don’t really care about just to scramble for some likes.

Your work’s validity is predicated on far more than Facebook likes, stats, and even being published or paid for what you do. You have to build a model of success for yourself that exists outside of that. If it seems like nobody’s reading you, publishing you, or buying your work, it doesn’t mean that should spell the end for your creative output. You’re not toast because nobody’s commenting on your blog. So nobody bought your zine, but you made it with all your friends, and that feels great. You wrote a poem, submit it to a journal, and it doesn’t get accepted, but you love the poem so much that it still is just as important without being published. You spend months or years working on a story, and even though you don’t have anything to show anyone that you think is ready, you enjoy the process throughout, and you find the pleasure of writing it—of taking your time—is its own reward. Art is a means, not an end, and no matter how excruciating it can feel in the process of it the actual act of doing it, the actual work part is just has important as the end result.

When I was 15, I wanted a space to express all these thoughts I had about clothes, art, and records, so I turned to blogging. My blog was totally irreverent and featured pictures of my shoes and .mp3s of songs I was into. Once, I wrote a blog post entirely dedicated to watermelon-carving art! I wrote it for three years, and I never gained that many followers outside of a small crew of people who cared what I had to say. But getting on each day and writing about things I was passionate about, even if it was for the tiniest audience of people—and myself—felt necessary and fun. I felt like I was making something really cool, like maybe I was getting better at writing just by doing it every day. I cared about it so much that I began wanting people to read it and acknowledge the work I was doing, and to maybe meet people who were into the same stuff I was into.

Even if nobody was actually reading it, if I pretended people did, I would take it more seriously. I used the blog in part to try to figure out what I even liked writing about to begin with, like art, which I had never studied in high school, but found I enjoyed so much that I majored in art history in college. What started off as a tiny hobby became an exploration into something I maybe wanted to do for the rest of my life: write! Having this little project to dedicate myself to made me feel really good. Shaking off the imagined pressures of some future readership (like possibility of someone making fun of my writing, or that the indie music I was posting wasn’t new at the time, but was new to 15-year-old me, or that I was first and foremost a fangirl and not really an art critic) helped me get more comfortable with expressing myself.

Sometimes immediate validation of your work can be a bad thing. If you make work for so long in private and then share it with your friends or the grand old world they might not understand it or react to it the way you want them to. It might be super special to you in private but totally boring in a commercial setting. I’ve had ideas for essays I could have written for public consumption, but they were so deeply personal that I worried how people would react to them. I knew I had to get them down somewhere, so I put them in my diary. My words weren’t any less important just because nobody will ever read them.

I have a hard time seeing people I look up to as as beginners, as people who have failed again and again. I find solace in anecdotes about rejection letters, botched pieces, and lost work. Rookie writer Jessica shared at a reading for her book that when she found the zines she wrote at age 15, she found them so grating she could barely read them. It reminds me that “failure,” or not making something immaculate and celebrated from the get-go, isn’t as much actual failure as it is part of making things worth your while, or at least practicing your skills.

You need that weird silent space where you can fuck up and write about things that nobody cares about except you—where can you can figure out what makes you excited or doesn’t at all. Where you can write or make a thing, look back on it in a week, and think, Ew, oh my god, why did I say/draw/do that?” and delete it, and it won’t make you seem like a monster because, *looks around* nobody saw it—it’s OK!

Making good work is a process, and sometimes, an achingly slow one that you don’t feel as it’s happening. You are able to see what you want to do without anyone around to yell “YOU SUCK” or “YOU RULE” at you. I always think about that god damn quote from Ira Glass:

For the first couple years you make stuff, it’s just not that good. It’s trying to be good, it has potential, but it’s not […] If you are just starting out or you are still in this phase, you gotta know its normal and the most important thing you can do is do a lot of work. Put yourself on a deadline so that every week you will finish one story. It is only by going through a volume of work that you will close that gap, and your work will be as good as your ambitions.

If you’re your harshest critic, or you’re not entirely sure if what you’re doing is fun or not, making work in private is good it takes your work out of an arena of judgment and comparing yourself to other people. If you can’t impress yourself all by your lonesome, how will you impress anyone else? ♦