No deadline? No problem. 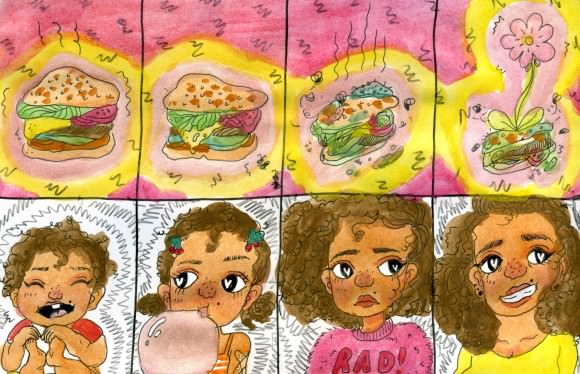 Answer: Watching a newborn grow into an adult.

“Impossible,” you say? “No one can do that,” you scoff? WELL. Check these…

They’re time-lapse photography videos of babies changing into adults in less time than it takes to take a shower! I love, love love videos like these. No matter what I’m doing online, I will literally stop whatever I’m doing to watch someone photographically morph from a squalling, squish-faced baby into a teenager. Watching one of these videos makes me feel so many ways all at once: happy, as I watch a child who is clearly loved; amazed, when I notice the exact moment she turns from a baby into herself, a human with a unique personality; sad, when l see the moment her smiles start happening a lot less frequently (usually around age nine or 10, it appears); extremely jealous that my parents did not do this for me; nostalgic for my own childhood; disturbed at how quickly time passes; always, always inspired by how tiny actions, like taking a single photograph, stack up into something monumental over time when performed daily.

What I’m really captivated by is not the actual features of each kid as she grows. It’s not the way her eyes or face or smile turns out in the end that I find fascinating. What I find ABSOLUTELY STAGGERING is the commitment represented in these videos. I mean, imagine you have a kid and want to photograph her every single day, from the day she’s born until she turns 18. That is 6,570 photos. Even if that doesn’t actually sound like that many photos…try and imagine the actual logistics of taking a photo of a person every day of her life.

It would be easy when she was a baby. You could just plop her down and take a picture. But what about when she’s three, throwing a tantrum, and refusing to hold still long enough—and this is the only time you’ll have time to take her picture before she goes to stay with her grandparents for the night? What about when she’s nine years old, having a horrible day, and slams the door to her room, yelling about how she doesn’t care about the stupid picture? What about your photo-a-day project then?

The fascinating thing about these projects is that they get made at all—how committed both the photographer and the subject have to be to a project, and how they have to rely on each other to finish it. Can you imagine the trust between two people who have been doing the same project together for 18 years? As the parent, you’d know the story behind every single photo of every single day of your child’s life. As the child, you’d have been working as a team, however unconsciously, with your parent, to make something from the day you were born, and you’d have a record of your entire life. HOW AMAZING.

It doesn’t have to be a photo-a-day project for me to get really, really into it, either. I love not only baby-to-adult videos, but so many huge, almost-insurmountably-ambitious projects in general! I’m talkin’ projects that take near-lifetimes to complete—projects that build on themselves, one teensy piece at a time, to make something wonderful. Decades-long projects are Literally the Best Thing Ever, and they seem especially important, during this time in history, when so many of us want everything immediately. HOW INCREDIBLE (and rare!) IS HAVING THAT lNTENSE OF A LONG GAME?? 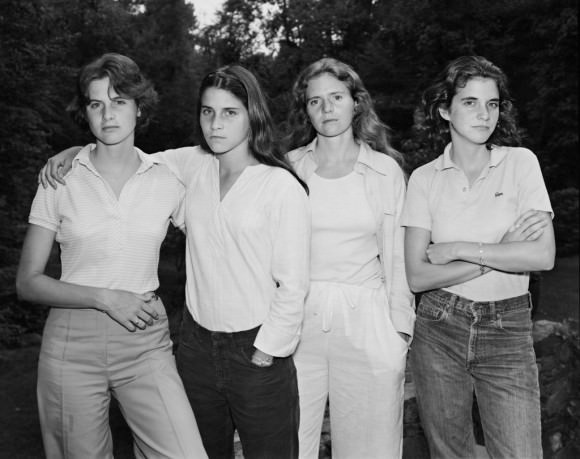 Photo by Nicholas Nixon via The New York Times.

Nicholas Nixon photographed his wife and her three sisters once a year for 40 years, always with the sisters standing in the same order in the photographs. The results are so beautiful that I cried when I first saw them. You watch the sisters go from young women to middle-aged and beyond. Their faces change; their clothing changes. The decades pass; the lines deepen on their faces. It is a stunning project, and it didn’t interfere with the photographer’s or sisters’ lives at all. One photo. Once a year. All it took—all any decades-long project takes!—was commitment.

Decades-long projects don’t have to be photography projects—they can be anything! Anything you work on or do, really, has the potential to become a decades-long project. Watch this quick video about a man in New Jersey who’s written a love letter to his wife every day for 40 years and try not to tear up, I dare you:

Or read about this couple that’s been dressing alike for 30 years. That is a serious commitment, you guys!

A man named Dashrath Manjhi, for his long-term project, carved a road through a mountain for 22 years so that the people in his village could have quicker access to medical care. You guys. HE CARVED A ROAD. THROUGH A DAMN MOUNTAIN. WITH A CHISEL. BY HIMSELF. There’s vision for you. There’s someone who can see the big picture. There’s someone who knew that small actions, performed over and over and over again, can get big results.

The Up Series is another ambitious, decades-long stunner. These British documentaries started in 1964. Since then, they have followed 14 British children, from different socioeconomic classes, throughout their lives. Every seven years, the director Michael Apted filmed, and continues to film, the volunteer subjects as they age, so we meet them as seven-year-olds, 14-year-olds, 21-year-olds, and so on. Now the participants are 56 years old, and you can watch them as they marry, divorce, change careers, and overcome their problems. How cool is it to be able to follow someone’s life, if only in short snippets?

This couple made their project into a way of life. They make their home off the coast of Vancouver Island in British Columbia in what looks like a real-life dream: a floating platform house that’s self-sustaining, eco-friendly, and entirely off the grid. It took them 20 years to build the 12 floating sections, which include a dance floor, studios, greenhouses, and a lighthouse, and they grow their own food. It all started when some trees fell down in a storm and they thought, Hmm, let’s build a little something with the lumber. TWENTY YEARS LATER, they live in a fairy-world.

So many things can be decades-long projects. Plant a tree in your backyard, take a picture of it every year, and BOOM: You’ve got yourself the makings of a decades-long project. (And even if you don’t photograph it, you can watch your tree change and grow for years!) Take a picture of your friends, as they are, today, and then take another picture of the same friends on the same day each month. Do a time-lapse series of a new kitten or puppy. Invite anyone who comes over to sign their names inside your closet until you graduate. Write a tiny detail from each day of your life, starting now, in a little book you’ll always keep. What about relationships, like marriages and partnerships and friendships that have been going on for years and years? What about diaries? Or gardens? Houses! WHOA WAIT your entire education is itself a project. Your whole life! OMG YOU GUYS LIFE IS A DECADES-LONG PROJECT, and that? That’s literally the best thing ever. ♦