Things that make this visionary excited about the future. 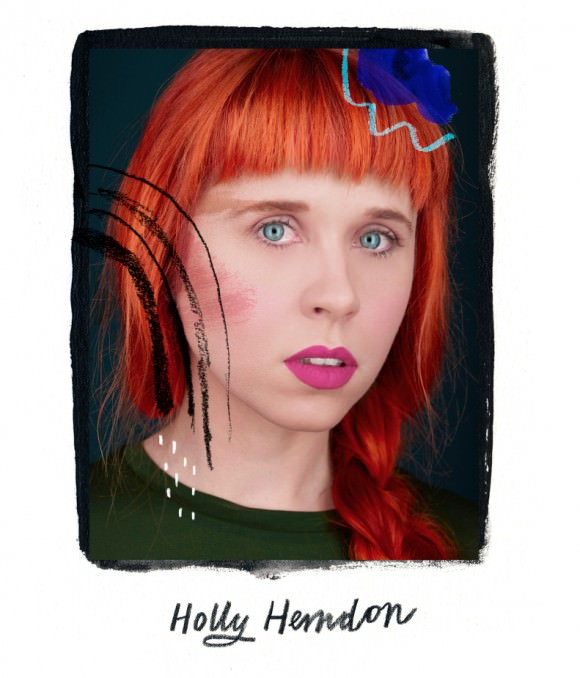 Holly Herndon is a singer who composes music on her laptop, which she once described as, “The most personal instrument the world has ever seen.” Like her debut Movement, her most recent album Platform melds her artistic and political influences to create truly mind-blowing electronic music. We sat down with Holly to talk about what has been inspiring her lately, and here’s what she had to say.

1. China Miéville’s Perdido Street Station. This is the second book by Miéville that I’ve read. It’s set in some weird future where different species have evolved, and there are interspecies, too. One of the protagonists is dating this woman who is half bug, half woman. The book describes their lovemaking, which is really unusual. It deals with humans, hybrid sentient animals, and artificial intelligence (AI) in a really interesting way. There’s this AI creature that has a human body but it is just a shell. It’s pretty out there! Miéville doesn’t always write fantasy like this; the last book of his that I read, The City & the City was more geopolitically oriented, but I am enjoying the more fantastical elements of this book. It takes me beyond my usual comfort zone.

2. Metahaven. They’re a design duo based in Amsterdam, who work in video, print media, and installation. They’ve figured out how to integrate their design and political interests in a really seamless and beautiful way. I worked with them extensively on my album Platform, and they were a huge inspiration, especially in figuring out how to bring my political work to my art and weave them together. Their example as an art practice that can meld the two in such a seamless way, without being pedantic, has been really intriguing.

3. Guy Standing. I’m wearing a Metahaven T-shirt right now that reads, “Infiltrate with Love,” and on the bottom, “Paradise Politics,” which is a phrase borrowed from Guy Standing, an economist based in London. He advocates for a utopian goal that the Left can get behind, which I think could be really interesting for music and the arts. Music has this unique ability to create a fantastical experience, even if it’s only for an hour or two inside a club, we have the ability to create a paradise that people could want. While I think complaints against the system are really valuable, it’s also important to come together and collect our efforts. We can reach the future we want, so long as we can picture it.

4. Perfect 69. This clothing line creates pieces for every age, shape, and size. They use natural materials and have a beautiful, inclusive aesthetic. When I put on their pieces, I feel totally comfortable that I’m presenting myself the way I want to be presented. Women’s clothing is political, and it’s comforting to be able to wear neutral clothing as an armor that I feel totally safe in.

5. Chelsea Manning. I’m in Berlin right now and there are posters of Edward Snowden everywhere, as this graffiti-style icon. Chelsea really kicked off this conversation about transparency, but she’s still struggling and incarcerated for shedding light on atrocities that the U.S. government was committing. I think it’s really interesting that while she is behind bars, she has a Twitter handle, writes articles, and can generally interact with the outside world. Her avatar is able to engage with the public whereas her physical self is incarcerated. ♦