On "Putting Yourself Out There" 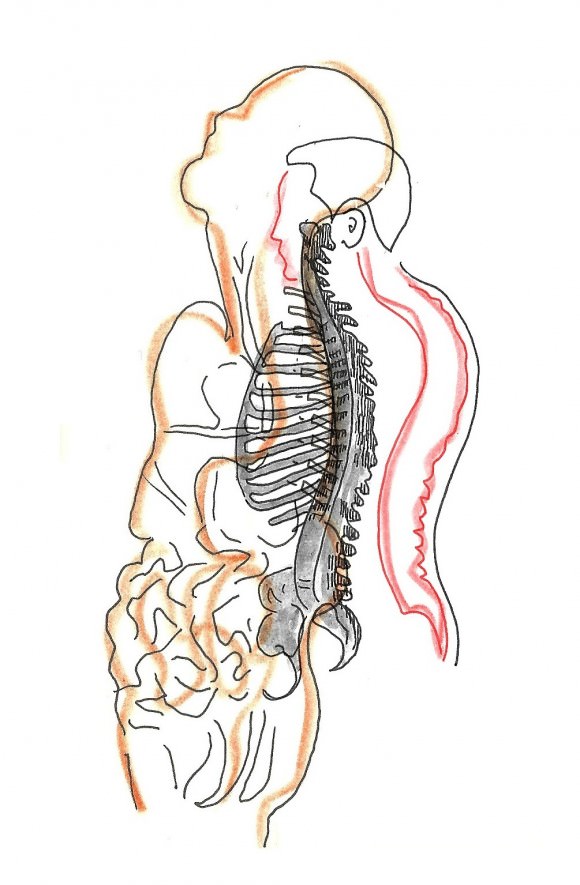 As a child, my most defining characteristic was my weak immune system. While other mothers paraded around their sons and daughters with bright eyes (“How beautiful! Did he get them from you?”) or adorable dimples (“She has the cutest smile!), I could be guaranteed to be bent over coughing someplace (“Eww…”). Children are prone to getting sick, but my ailments were of such a frequent, complex, and sophisticated kind that people gradually came to expect them from me; to them, it would seem more of a shock if I were actually well.

Like an advent calendar, each day brought something new and—just like the stale chocolate candies in those calendars—it was never anything good. Asthma, colic, acid reflux, ear tubes, physical therapy, occupational therapy, speech therapy…and so on. While none of these ever helped me in any way, shape, or form, at least I have something to talk about at parties.

Stranger: Hey, what did you do a lot as a child?

Of all the physical problems I’ve had, there is one that tops them all. It’s the supreme, the crème de la I don’t actually speak French: my kyphosis.

Two things are probably on your mind now: (A) What is kyphosis? and (B) How do I keep my loved ones safe? Kyphosis refers to the fact that my spine sucks at being a spine. It curves down the middle to form this kind of arc shape. It’s as if, one day, an angel forgot to brush up on Spine Making 101: “Is the spine supposed to be straight? That doesn’t seem right,” he must have said as he twisted my spine like a clown making a balloon animal. God sighed, approved my design, and I was born (dialogue excerpted from The Andrew Galanter Creation Story: Coming soon to an abandoned ice rink near you!).

Kyphosis now feels like constant, distracting discomfort meets The Hunchback of Notre-Dame. Growing up, though, my spine didn’t call much attention to itself or its “imperfection.” My family and I were aware of it, and accustomed to it, but it wasn’t something we’d attempt to change. It wasn’t until fifth grade that it started to get the recognition it deserved.

The school nurse used to bring people in twos to her office to do scoliosis screenings. One Friday afternoon, I was called down with a friend of mine. The nurse had us stand side by side, and asked us to lean over so that our hands were touching our feet. From a cabinet caked in dust, she removed a little balance. When she placed it on my friend’s back, it balanced perfectly. “Beautiful spine!” the nurse cooed. “You can go now!” I was practically wiggling as she put the balance on my back, eager to have my spine complimented, too. The balance held for a fleeting second, then fell from my back with a resonating thud to the floor. “Oh my, honey. Your spine has got a little curve.”

Some months—and a few doctors’ visits—later, the “little curve” became the dreaded kyphosis. I’m slouched over in a doctor’s office’s waiting-room chair, reading a Harry Potter knockoff, when a nurse calls, “Andrew Galanter?” I heave my way to the examination room, funeral-march style. My parents wait anxiously by my side as the doctor enters. He paces around my body, taking in every detail, as one might examine a sculpture or, perhaps more accurately, a car crash. “Kyphosis!” he pronounces. My mom bombards him with urgent questions: “What does that mean? Will he be OK?” My dad tells the doctor that he looks like Richard Dreyfuss. I’m oblivious to it all; my attention is unfocused, somewhere between the floor and the yellowed posters of basketball players that line the wall.

The latter became a particular point of contention for me. Because of my back, I could never play most sports without feeling pain, so there wasn’t a spot for me on the schoolyard, where kids with straight spines played basketball with the energy of caffeinated hamsters. Maybe that’s a good thing, though; there are other ways to express oneself than running around, sweating, and grunting (though, in all honesty, I’ve been known to do all three of those things in heated games of Scrabble). As far as my kyphosis was concerned, I stayed in a state of somewhat blissful un-acknowledgement, until a certain teacher decided to use me as a “live model” to spice up her lesson plans.

The teacher, who shall remain anonymous, was once doing a lesson about the human skeletal system. “It is essential for the spine to be straight, as it connects to the human nervous system. Without a straight one, it might have trouble transmitting information to the brain. Take, for example, the back of Andrew,” she said. My heart jumped and I didn’t move, which was easy considering that my kyphosis made sudden movements painful. The whole class turned to me at once, excited to get a close-up view of my anatomical inadequacy. “I am not a zoo animal,” I thought. Looking myself over, I reconsidered. Maybe I was. When you let a physical disability, however small, become your identity, it certainly seems possible. “Step right up to see the incredible curved back!” declares a wooden sign, barely remaining upright against a rusty cage. Inside it, I hobble back and forth on all fours.

Since then, I’ve begrudgingly come to terms with my kyphosis; further doctors’ appointments revealed that surgery was not necessary, and would involve a painful and slow recovery. Then again, kyphosis wasn’t my problem to bear alone: it turns out that my sister, my dad, and my grandma all have it, too, meaning it’s kind of a Galanter family tradition. (In a sense, it’s living proof that things come in threes, such as good and bad news, Seinfeld box sets, generations of Galanters with kyphosis, et cetera.)

I sometimes wonder if I should have had surgery to “correct” my curved spine. Without it, I find myself relying on jokes to deal with kyphosis; rather than the sharpness of steel rods to straighten my back, I use the sharpness of words, jokes, and cringe-inducing puns. As Her Majesty Erma Bombeck said, “There is a thin line that separates laughter and pain, comedy and tragedy, humor and hurt.” Why did the chicken cross the road, if not to get to his spine specialist’s office?

Positive affirmations such as “I love and respect myself,” “I am perfect and whole,” and “Just get over it already,” may have helped me to accept my back, but the market for spine-related self-esteem books isn’t what it used to be. Because of that, I’ve created my own: I am grateful for my kyphosis—it makes me curvy. ♦

Andrew Galanter is a 17-year-old writer from the mind-numbing suburbs of New York. His interests include film, comedy, card tricks, and the celebrated urban planner Robert Moses.