Angie: Down for the Count

The premiere of her self-made music video, plus a chat about going solo.

How to Keep Cool 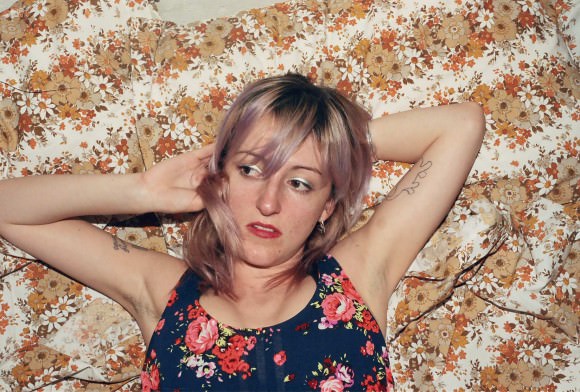 Angela Garrick aka Angie has always been the badass girl in a band—Southern Comfort, Ruined Fortune, and Straight Arrows, to name a few. When she released her first solo LP Turning as Angie, we saw a different side to her; that album seemed to say, this is what I’m feeling and doing, this is everything. “Down for the Count,” on which Angie plays every instrument besides drums, is the second single from her forthcoming LP Free Agent which comes out September 4. It is unequivocally badass. As a preview, here is the WORLD PREMIERE of the video, entirely created by Angie herself!

Last week, Angie and I chatted about philosophy, taking inspiration from public transportation, and having the guts to release her own music.

ALEXA CARRASCO: Let’s talk first about the single “Down for the Count.” Where were you when you wrote the song and what’s it about?

ANGIE: I remember sitting on the bus one day—I love public transport, the aimlessness of it all, it always gets me thinking. I woke up that morning with this half melody in my head, which was imbued with sleepiness, like a dream. It was still there when I was heading to work and it just fell out from there—the melody, lyrics, everything. I got off the bus and wrote them down!

My grandfather used to say “down for the count” to me when I looked sleepy, as in, “time for you to rest.” But I also found out it’s a boxing term. I guess I’m interested in everyday experiences, chance, and how things interact.

The video makes me think of an animated, sparkly neon sign. You made it yourself with your own drawings, right?

I’m obsessed with neon signs and billboards so I love that analogy. It’s ink drawings. I love drawing with ink, it’s really fluid and organic. Like painting but less stressful. I feel like every time I make a music video I’m emulating screen savers like without trying.

I wanted to create a video where I wasn’t really “there” but still present, and through drawings there is still this very human touch. I wanted it to be simple, kinda weird, and I guess expressing images that are in my mind, perhaps symbols from my life, childhood, and dreams. There is a rock like structure in there that is this thing I used to be obsessed with when I was a child that was near the beach in Sydney. I wanted to express how forms, images, and ideas resonate within us!

You’ve played with a lot of bands, namely—Ruined Fortune, Southern Comfort, and Straight Arrows—how did you decide to start doing your own project?

It wasn’t something that I ever thought I was going to do, but I ended up writing these songs on my own that didn’t quite fit any of my other musical projects. They were more personal, and about my own feelings and emotions on my own, so it just seemed to make sense to make them on my own. It isn’t really comfortable, but now that I’ve done it, I wish I’d done it earlier. It’s totally freeing and it was just about having the confidence to do it!

I love the idea of girls making music and records on their own. I am so interested in that. I love Nico and Marianne Faithfull and Françoise Hardy. It’s important to have these voices heard; now I feel it’s as important as ever.

The solo record, it’s like this measure of “you” and there’s something really mysterious, unique, and interesting about that, not just for myself but for all solo performers.

I feel like I’m always hearing about girls that don’t feel confident enough to speak up when they play in a band, so when they get to take ownership with their own project it ends up being such a personal, real thing.

Totally. I’m so shy, and I always let the other person in the band take control a little because it’s more comfortable for me. But it’s important to push yourself outside of your comfort zone. I find the idea of playing shows terrifying, but I still do it every day. It’s kinda like that I guess, just pushing your ideas out there, despite your shyness or fear. I thought to myself, the worst thing would be that people think that what I’m doing is bad. But really, that’s not that bad! So I just did it.

Shyness should never be a reason to not do something. I guess I felt “too shy” for a long time, but after a while, you just have to do something—you want it so much it doesn’t matter anymore.

Did you consciously decide, “I’m going to do this on my own and just see what happens.” Or did you have a vision for what your solo project would look like?

It was no conscious decision, it was more that I slowly, after maybe three years, had all these ideas, thematic and musical ideas that I had collated and considered. It slowly became a body of work that seemed to fit together. It was then I realised…this is an LP! And it was a great moment. That stuff is what became Turning.

What’s different about your forthcoming LP Free Agent from your first Turning?

I would say that Turning is really intense. It has lots of emotions! Which is really good, but it’s certainly not upbeat. It’s kind of detached and sad music, which I really like. But Free Agent is more of a natural evolution. Every emotion can’t be sustained, and we are all evolving. Free Agent marks the next “chapter” of my life, a period of intense global travel, confusion (but good confusion!), introspection (good introspection!), and total freedom. Turning was definitely more of a reflection on every sad moment in my life, but in that sense it’s cathartic. Like Kathy Acker says, “I write it to get it out of me, I don’t write to remember it.”

You once said you hoped people would listen to Turning while lying on the floor in their bedroom looking up at the ceiling. I love that image! How should people listen to Free Agent?

I imagine people listening to it—maybe this is too specific—on headphones, maybe riding a bus around a familiar town, thinking about everything about that place that is familiar to you, and everything that has changed, and how the places you pass through are imbued with relationships, events, and things that no longer exist. But not feeling saddened by any of these things, feeling sublimely happy and relaxed.

I was stalking an old Tumblr you have called Tiny Fragments that has photos you took in Greece, America, and Australia. Do you still take photographs?

Yep, I’m a novice photographer! I love to take photos. It’s the best way to remember places, taking photos on 35-millimeter camera. On reflection, you are reminded of how beautiful the world really is.

You also reference Martin Heidegger and Charles Baudelaire. Does philosophy influence your music? What are you reading right now?

I’m reading a few things, Kathy Acker’s Kathy Goes to Haiti. It’s so fun. She is constantly inspiring. I just read I’m Very Into You, which is the correspondence between her and McKenzie Wark and it was beautiful and fascinating. I want to read all of her work. I’m also reading a book on the artist Len Lye who made amazing 8-millimeter films, and Forgiveness by Vladimir Jankelevitch which is philosophy.

Philosophy is a lifelong interest of mine and it does play into my music. But from a creative point of view, music creation is very ephemeral and organic to me—for others it’s different. Ideas interplay, but they are mainly using different organs: music using my heart and philosophy my head. ♦