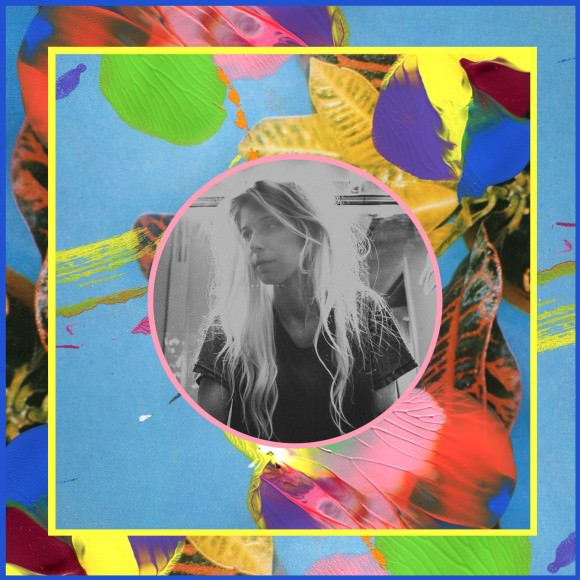 On Bully’s debut album, the band’s lead singer Alicia Bognanno’s howling vocals grab you by the scruff of the neck. Feels Like, which is out now on Columbia, will definitely give you chills! This is also the case for this month’s theme song: We’re so stoked to premiere Bully’s cover of Belle & Sebastian’s “Get Me Away From Here, I’m Dying,” as Rookie’s June anthem.

As if that weren’t awesome enough, I called up Bognanno the morning after Bully’s album release party and talked about high school, sibling rivalries, trying to fit in, and banishing the clinical aspects of the music industry. For more Bully, follow them on Facebook and Twitter.

ALICIA BOGNANNO: It was so good! We played in Austin and we all got to celebrate together, so it was perfect. We just hung out, and then we went out with some of our friends and the band we were touring with and we got done!

Why did you choose to cover this Belle & Sebastian track?

That song was more of a full-band pick. Our drummer and our bass player really love Belle & Sebastian. I’ve never really, really gotten into them, but when we were brainstorming ideas [about what to do for this month’s theme song], that one came up. I listened to the lyrics, and I thought it was really cool. It sounded like the opposite of how we sound, so I thought it would be fun to do a cover of it.

Do you relate to the lyrics?

No, I have a more optimistic outlook. But I just love the line, “Get me away from here, I’m dying.” It’s so overdramatic, and I love to sing it—I don’t know why, but it feels really good to scream it. I want to be all, “I feel like I can relate to the whole song,” but, honestly, it was just that line that swayed it for me.

Speaking of lyrics, you’re incredibly honest throughout your new album. Was it hard to put yourself out there like that?

It was a little bit of a challenge. I did it so that I could really understand what I was writing and make sure it was making sense and it was all cohesive. Otherwise, I have a tendency to get the idea of what the song’s about in my head, and have a few lines that are really crystal-clear, but then I’ll toss around words for the rest of the song that don’t necessarily make sense or fit well. I wanted to approach it where I could just read it from beginning to end and have it make sense—that was my goal. Sometimes, there were lines I would have preferred to write, or words that I would have preferred to use, but I knew that they didn’t really fit with the song. I was trying to avoid that.

Yeah, pretty much that! Not being too concerned about how other people are going to perceive it. It helps a lot when there’s a full band behind you that is on the same page as you and the lyrics, and support that. [My bandmates are] some of my best friends, too, so that definitely helps.

After high school, you did an internship at Chicago’s iconic studio Electrical Audio, which is incredible, but I heard that your parents weren’t totally on board with your career choice?

It was weird: It’s obviously a bummer when someone is not 100 percent behind you, but I was a really difficult teenager and I was super angsty, so that’s just how I felt most of the time anyway. It felt really good to go through with it and study something I was passionate about and that I loved—for the first time in my life I got good grades! I struggled through high school, and then I got to college and, all of a sudden, I got into my upper division classes and I was getting As, y’know? Just because, finally, I was doing something that I really loved to do. So, that part of it felt really good and really rewarding; I was finally doing something I should be doing—doing something right.

Did you meet any creative kindred spirits in high school?

No. I didn’t know any one that was in a band in my high school. Where I grew up, that was not happening. At all.

How did you realize you wanted to be a musician?

I’ve always been interested in doing music. I was fascinated by it ever since I was really little. I don’t ever remember not wishing that I was a singer for a band. I was always singing something. I remember loving Ace of Base. When I was eight, I also had this friend who had this really amazing voice. I would write down lyrics and little vocal melodies and have her sing them.

Was there anyone that drew you to the industry?

Not really at that time, but nowadays, I really admire Patti Smith; I mean, I don’t listen to her records on repeat, I haven’t even heard all of them, but her book, Just Kids, is absolutely one of my favorite books ever. Her poetry is amazing. I don’t know how much [she’s inspired me] musically, but lyrically, her creativity is just nonstop. It’s really admirable and inspiring. She was always constantly doing something, y’know, just not necessarily sticking to one thing: First, there was poetry, and then they were playing instruments with it, and then she had her paintings. It’s really easy for me to just do Bully, and just focus on Bully, and just stress out about Bully, and in the back of my head, I try to remind myself to try out other creative outlets, even if I’m not good at them just to keep my brain moving, my hands busy, and my ideas flowing. She did a good job of always doing that, and never being like, Well, I don’t have experience in this, I’m not going to do it. She was like, Uh, I don’t know, I’ll try it, y’know?

I am a horrible painter, but that doesn’t mean I won’t do it. One time, we got home from tour and I started making candles. Another time, I started crocheting. I try to have days where I’ll take out my audio engineering books and mess around with engineering stuff. There’s so much more I want to do. It’s so stupid that just because I’m a terrible painter, there are so many times when I think that I can’t do it or am afraid to do it. Trying to get over that is a constant struggle. Even my stick figures are terrible. It’s something that I would still like to push myself to do, though. It’s fun and it feels good.

Would you say that’s the same approach you have to recording your albums?

I love little, natural imperfections in recordings. They add so much character. I can’t stand something like the kick and bass being moved toward each other on a computer, or when you finish a recording, and you include something that actually never happened. All chopped up and pitch corrected. I never want to search for perfection in anything. I’d much rather have it honest and ripe. Then again, I’m sure there’s tons of music that I listen to or that I love that are maybe totally chopped up or whatever. I’ve never had the desire to do that, maybe because I’ve seen it so much; I’ve sat in on so many sessions where I’ve watched people run it through the computer, and I can’t stand it.

You don’t have to have a perfect voice to have a good or a cool voice. It doesn’t have to be note-perfect. It’s only human to maybe not be able to hit that note every once in a while. I don’t get why it has to be so perfect all the time. I don’t ever wanna do Bully stuff like that. I like doing it on the tape machine and not doing too much editing. With that being said, you should definitely do something that you’re proud of and that you like. If you think it doesn’t sound good, do another take and work hard for it; there are other ways of doing that than chopping it up in a computer.

On “Six,” you talk about breaking your sister’s arm. How was your relationship growing up?

It was good, I guess. I had two sisters and a brother. None of us are that far apart in age, so it was kind of a wild household growing up. I think we’re a lot closer now that we’re all older. It’s weird, I guess me and my sister are middle. I was the only one growing up who went to a public high school, so I had that divide. My older sister and my younger brother and sister all went to private schools. I told you that I wasn’t the best high school student. For this private school you had to write a letter to try and get in. I wrote this sassy letter and didn’t get accepted. I was 14, and it was one of those things where they were like, “Send her back when she has a better attitude.” My parents were so mortified that they were just like, “Just stay at your public school.” I think it worked out that way for a reason. I wouldn’t have done well over there anyway.

Everything seems to be working out for you and the record. It’s been received so well…

I wasn’t expecting it to be received as well as it has—knock on wood. I just hope it does well! I don’t know anything though, like, is it selling? Are people getting it? Are we going to be able to make a second one? I’m just really excited for it to be out there, and I’m more excited to get home from this tour and write a bunch of stuff and do a second one. That’s all I’ve been thinking about.

Is there anything you want people to take away from the record?

Well, firstly, I want people to actually physically buy the record, ha! But I want them to like it and to be able to relate to it and have it bring out some sort of emotion in them and be able to connect to it in some way.

Oh my gosh, it totally does for me, especially on “Trying”: “Been praying for my period all week / A relief that I just can’t see…” I’ve totally been there.

I think that I cursed myself when I wrote that because every important event or big day I’ve had since, I’ve got my period and it’s been horrible, and I’m like, Did I curse myself? This is the worst! ♦

Sammy Maine is a writer living in Bristol, UK where she writes for the Guardian, Drowned in Sound, and Creative Bloq. You can also find her on Twitter.