The End of My Rope 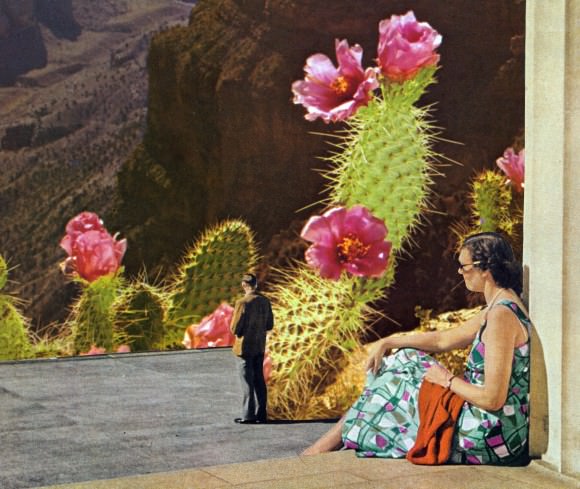 Last summer, I took a boy to see Too Much Light Makes the Baby Go Blind, a long-running Chicago play that attempts to fit 30 sketches into 60 minutes. I took him to see the play for the same reason I wrote, deleted, and then rewrote the description of him in the first sentence of this piece, first abandoning the too-plain descriptor of friend, then the overly sentimental designation lover, before settling on the vague description of a boy: He was special to me. I wanted to show him the things I liked—to tangle our lives as much as possible. I wanted this recklessly. Every moment I wasn’t interacting with him or touching him felt like a waste of time: a temporary period I had to wait out until I could see him again. The urgency and recklessness I felt was intensified by the fact that we had just met and fallen quickly into each other, and that I had an impending move from Chicago to attend school in Toronto, a decision that had been made before we even met.

What I liked about the show we were seeing was that all the actors, who were part of a group called the Neofuturists, played themselves as characters. They used their real names, acknowledged the audience members, and performed material culled from their everyday lives. This made the show a thoroughly emotional experience. I had gone and felt the show many times before, but the first time I cried in the folding chairs of the little theater was when I went with the boy.

The play that did it was very simple: One girl sat down on an overturned crate and switched on a light, holding it hostage in the dark theater. The soundtrack for Little Miss Sunshine began to play, and she spoke quickly, trying to beat the timer in the corner. “There are rules for this play,” she said, staring hard at the audience beside her little light, “I speak and you listen. The Little Miss Sunshine soundtrack begins to play, and you think about Abigail Breslin and her suicidal uncle, the first time you saw the movie with the girl you love, how soon she’ll be miles away, asleep when you’re awake.” She scooped up the light and stood suddenly. In that second of darkness, the boy reached for my hand, and we squeezed our knuckles tight just before she switched on the light again and said, “Stop.”

The soundtrack kept playing, only louder, and she raised her voice over it. When she said, “Don’t follow the rules to this play,” I began to well up, and I became too focused on keeping anyone from seeing my tears to continue watching. I heard her voice declare over the music, “Don’t think about Abigail Breslin and her oversized glasses, don’t think about how the girl you love is moving away,” before finishing with, “Follow the rope, hold it through.” I can’t remember why there was a rope, or where it led. When I looked at the boy, he was crying too.

Before I left for the airport, we spent every possible day of summer together. Friends pestered us constantly: “What’s the point of being together, if you’re just going to leave soon anyways?” but we never troubled ourselves to consider the answer. Would we stay together? It was something we didn’t care to think about. My primary concern was seeing as much of him as possible, and then dealing with the hurdles in order of appearance. Only a few things mattered: We could talk about anything for hours, our bodies fit perfectly together, and we were really happy.

The day we said goodbye, I scribbled a note on the pad he kept beside his bed:

The Rules, The Rope: There are a few rules to this. I leave for Toronto. You stay in Chicago. Soon it gets cold, and when we call our voices grow distant and dry with time. Now stop. Don’t follow the rules. Hold on to the rope and let it lead you through. I don’t know where it will lead you; all I know is that crazy things can happen when you stop following the rules. Like we keep talking and stay like this, stay in love. Hold onto the rope, and keep following it, keep trusting it, even as you stop following the rules.

For a long time, we didn’t follow the rules. We left our relationship undefined and told each other it was OK if we kept it open and saw other people, but it was clear that neither of us planned to sleep with anyone else. Whenever I visited, I stared at the note, which he had tacked to the wall beside his bed. We held each other tightly and I tried to remember the exact lines of the play, where you held the rope, how long you held the rope, where it would take you.

The meaning of the rope seemed to change depending on which city I was in. In Chicago, the rope was a tight bond of security we built, wound up with the silent affirmations that seemed to form when I rotated our bodies and stroked the swatch of skin between his shoulder blades. The rope was the feeling I got when I was with him, a certainty in us, that strange, short little word that suggested permanency while simultaneously eliding the promises implicit in the words dating or partner. In Toronto, the rope stretched longer and became a line of memories I held on to that led me back to us.

At first, we saw each other at least once a month. We wrote letters as often as we could, and I cried to his soothing presence at the other end of the phone when I felt overwhelmed by the pressures of academia. I slipped into describing us as a long-distance-open-relationship to my friends, an exhausting phrase that made me feel guilty when we went from speaking every day to every other day, and seeing each other less regularly.

I can’t remember the day we let go of the rope. I don’t know how who we were to each other became so confused. All I know is that he was always busy when I called, and vice versa. If we did talk, it was always late at night before bed, when we were both too tired to form sentences. When I came home for a brief visit at the start of this summer, we couldn’t talk without one of us getting hurt. Little gestures made me feel unwanted. We had lost the urgency and tenderness of the summer before, but because of all our time away we didn’t have the quiet confidence that grows out of that urgency. To make up for this absence I couldn’t quite place, I clung to the fact that we were dating, and felt scrambled when he didn’t live up to the companionship I expected out of a partner. I didn’t want to admit that both of us had changed, so I kept going over to his house and hoping we would suddenly slip into the ease of the summer before. I wanted to stop feeling the distance that had collected between us, to fix it, to go back to milking every day without worrying about who would be leaving when. I was still in love with him, and I knew he felt the same way. The specter of the previous summer hung over our every interaction, coupled with the looming date I would leave again and spend the summer in a different country, even farther away than Canada.

I wasn’t happy with him until we decided we shouldn’t stay together anymore, whatever together meant. After two weeks of feeling unhappy, I told that I didn’t want date him anymore. He was quiet and sad in response, and I understood. There wasn’t really much to say. After a while of silence we cried together and then I moved my things from his house to my parent’s house. The next day, I called him and asked if he was OK, and he said he needed chocolate. I came over holding bags full of chocolate cake with chocolate cookies on top and chocolate milk. We ate so much chocolate that we both got stomachaches. I stayed over that night, and neither of us questioned what it meant.

When he was no longer my partner, when we were no longer dating, when we stopped signing our letters with “forever” and fell back into the temporary, suspended space of love and the unknown, I stopped worrying about how often we talked or what I would call him when I was no longer with him. I began to enjoy walking with him again, sitting by the water, making omelets and bitter coffee for breakfast. We fell asleep together; my body tucked into the four corners of his, The Rules, The Rope still hanging by his bed. After another two weeks of this, when we said goodbye for what felt like the hundredth time, we said I love you, and I almost cried when he was inside me.

It’s bedtime in Chicago now. It will be bedtime in Chicago for the next few months, every time it is morning for me in Jerusalem. Sometimes, I wake up to texts he sends me late at night. They always say I love you. A few days ago, I woke up to a long email from him and realized that you aren’t supposed to know where the rope leads you. That’s the whole point of getting rid of the rules and holding on to the rope: No one knows where it’s going to go. I don’t know if I’ll break the rules with him forever. Maybe I’ll find someone else to break the rules with, someone to love with that same urgency, familiar and glaringly new, someone else whom I will want to hold onto. Even then, I don’t have to stop loving him. That’s the thing about getting rid of the rules: There will always be many ropes, and I don’t have to know where any of them lead. I don’t know if I can stop loving him. Even if I reach for another rope, I don’t want to let ours go. ♦