Thoughts on the shooting at Emanuel African Methodist Episcopal Church, and the rest of the world.

Sunday Comic: A Way Out 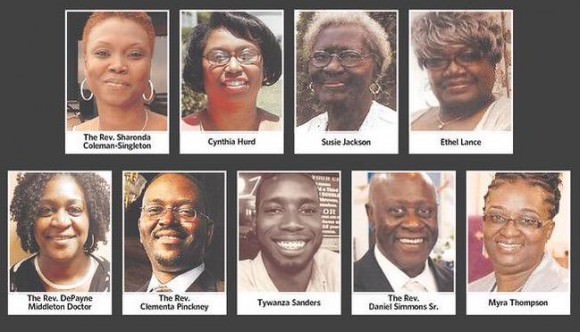 Photos of the nine people murdered in the shooting at Charleston on Wednesday June 17, via Twitter.

On Wednesday evening, six African-American women and three African-American men were murdered in Charleston, South Carolina as they attended bible study at Emanuel African Methodist Episcopal Church. These are the names of the nine victims: DePayne Middleton-Doctor, Cynthia Hurd, Susie Jackson, Ethel Lance, Clementa Pinckney, Tywanza Sanders, Daniel L. Simmons Sr., Sharonda Coleman-Singleton, and Myra Thompson. The Color of Change has made it possible to send condolences and flowers to the families affected by the shooting. You can also lend support by donating directly to Emanuel African Methodist Episcopal Church.

The alleged murderer is a 21-year-old white man named Dylann Roof. Roof was arrested and has been charged with nine counts of murder. A portrait of Roof as a white supremacist has started to develop. This Guardian article includes quotes from Dylann Roof’s friends, who say he frequently made racist jokes and commented that “blacks were taking over the world [and] someone needed to do something about it for the white race.” According to a survivor of the shooting, Roof told the congregants, “You rape our women. And you’re taking over our country. And you have to go.” 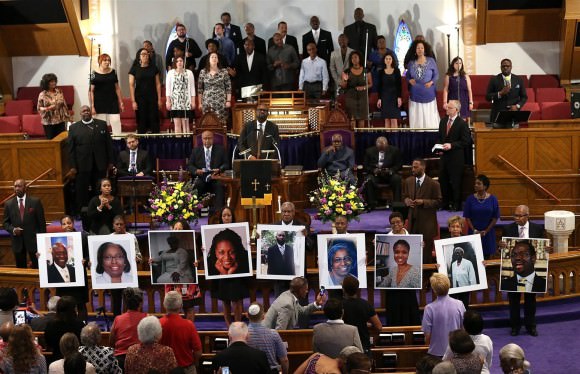 Photographs of the nine victims killed at the Emanuel African Methodist Episcopal Church in Charleston, South Carolina are held up by congregants during a prayer vigil at the the Metropolitan AME Church June 19 in Washington, DC. Photo by Win McNamee, via NBC News.

On Thursday, mourners gathered at Morris Brown A.M.E. church in Charleston to honor and remember the lives of those who were killed. I appreciated this New York Times article which focuses on the lives of the victims and encouraged me to spend time thinking about their lives, their grieving families and friends, and the value of black life, which should be asserted more fiercely than ever in moments like these.

In this video for the Washington Post, Karen Attiah explains the significance of Dylann Roof’s age. She argues that Roof’s age “should shatter a particularly entrenched myth that our society holds about racism: That my generation, the millennials of today, are significantly less racist than their parents, and that racism and white supremacy will just magically die out as older more prejudiced generations die out as well.” Attiah marshals statistics to back up her point, in service of a larger argument: Dismantling white supremacy and anti-black racism—on which the United States was founded, and on which it continues to work—will take concerted effort and commitment.

If you're in need of MH support via phone, email, g-chat, whatever, we have volunteers. Sign up here: https://t.co/flt8MBFUqi

On Twitter, the mental health social worker Feminista Jones published the details of mental health support helplines and signup sheets for black people who would like to access them. The services are run by qualified mental health professionals. This is important work that acknowledges the toll of anti-black violence on the minds and health of African-American people.
Jamia 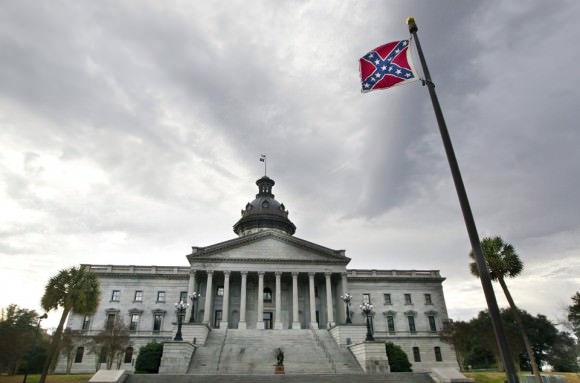 Photo by Chris Keane via the Atlantic.

As a child, I spent summers in vacation bible school in a similar black AME Zion church only a few hours away from Emmanuel AME Church. When my mom called and told me that she knew people from the church who were killed, I seethed with more anger than the already immeasurable rage I experienced when I heard about this brutal attack. I was shaken, but a part of me was not surprised. After all, I was born in a state where the confederate flag, a symbol associated with slavery, racial hatred, and the KKK has flown in South Carolina’s capital for over 50 years.

When I heard that this terrorist attack had allegedy been devised Dylann Roof, who apparently had confederate flags on his license plates, I recalled my mother’s stories about crosses being burned on her lawn, and my own traumatizing experiences with overly racist (and confederate flag waving) shopowners and teachers in my home state. The confederate flag is still flying on the grounds of the South Carolina capitol. It shouldn’t have been raised in the first place, but this recent tragedy in Charleston illuminates why lawmakers must take it down immediately.

Members of my family have been marching against the flag since it was raised in the early ’60s, and I joined the fight as a tween. At a protest, I remember being yelled at by a burly man in a so-called “rebel-flag” cap who chided me for not understanding that the flag was representative of “heritage not hate.” My comeback was “heritage of hate, built on hate” and I stand by it. What happened in Charleston was terrorism, and we cannot rest until justice is served.

This week, Ta-Nehisi Coates called for South Carolina’s lawmakers to take down the flag Roof and many others have used to foment hatred. He asked South Carolina to “drive out this cult of death and chains. Save your lovely souls. Move forward. Do it now.”

It’s high time for elected officials to heed this call. This petition from MoveOn is one way for us to make our voices heard.
Nova 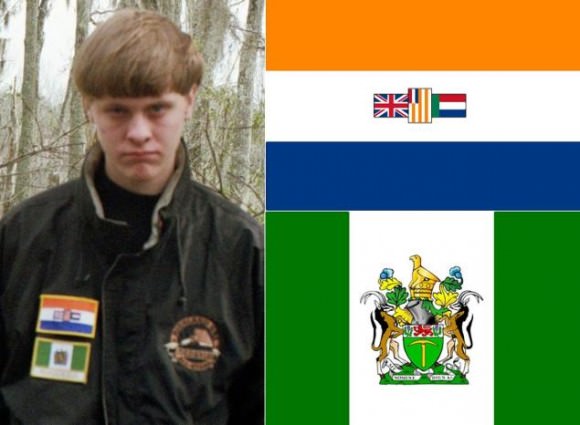 The Charleston massacre made everything hurt. I am deeply saddened and frustrated that black bodies are hunted all over this world. Seeing pictures of Dylann Roof scowling with his horrible haircut and the old, apartheid South Africa flag on his jacket really pissed me off. I am South African, and that flag is an evil symbol; seeing it makes me sick. This insightful piece explains why Dylann Roof would wear the flags of apartheid South Africa and “Rhodesia” (rightfully, Zimbabwe). It seems that white supremacists pretty much keep contact all over the globe and spread bizarre “white genocide” propaganda like petulant children who are no longer allowed to legally oppress other people and encourage each other’s delusions.
Lucy

One of the most heartbreaking aspects of the Charleston shootings is the lengths people go to to normalize it. The racism and terrorism of this act of violence are being ignored as many continue to claim this is a rare tragedy carried out by someone affected by mental illness. This brilliant article parses why it is dangerous to equate racism with mental illness because it absolves people of responsibility for their actions. Julia Craven lists the many devastating ways racism destroys the mental and emotional health of black people. It’s a horrible but necessary wake up call.
Stephanie 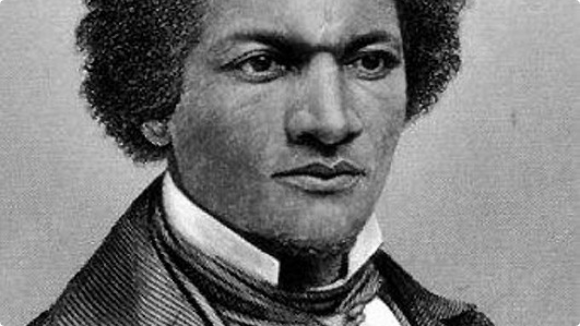 It’s especially important to speak about the history of Emanuel African Methodist Episcopal Church, the oldest AME church in the south. The church was founded by Denmark Vesey, an American hero, who led a slave revolt in 1822. The church was burned down after Vesey was hung, and then his sons rebuilt it. “Not to think about these things is to betray the dead. Not to speak of these things is to dishonor them,” Pierce writes.