Plus wisdoms on public speaking and GETTIN’ ACTIVE. 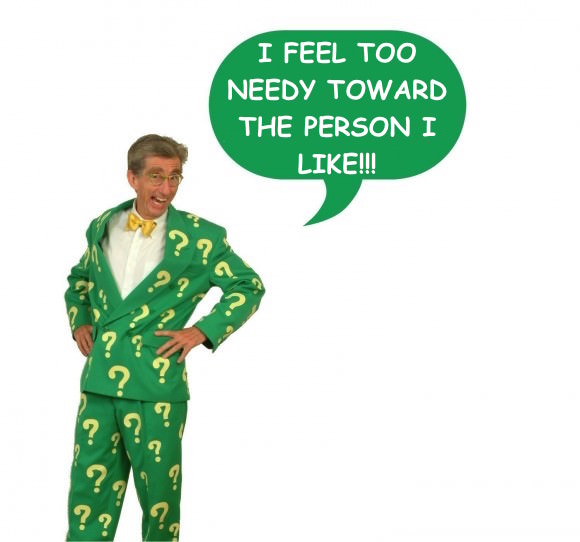 I’ve been out with a guy at school twice after what was a friendless year for me. It’s beautiful what a unique combo we are together: We could go on talking with each other for hours, and he has told me he cherishes our relationship. I’m falling in love, but I am constantly finding myself feeling SUPER needy toward him.

He is the only person I can count on, while he has a good couple of friends that don’t have anything to do with me. How do I trick myself into slowing it down—and stop feeling like shit whenever he’s not around, I’m all alone, AND halfway-believe he sees me as a charity case? –Maria, 16, Athens, Greece

I definitely know where you are coming from and have found myself struggling with those same feelings many times. The first thing you need to know is this: You don’t need to trick yourself into slowing it down, empowering yourself, and finding peace in being independent. These are the things that are good for you and that will radiate a lot of inner positivity in your life—especially when it comes to self-empowerment.

What comes with building up the strength to believe that you don’t need him is self-awareness: understanding who you are, what you are capable of, and all of the things that you got through without him. Do the things that you love to do. Get involved in activities and hobbies that you love (or discover some new ones!) that he isn’t a part of, so you can remember that it’s OK to spend time with yourself and with new people. Know that being alone isn’t necessarily a bad thing. It’s the best time to exercise your freedom and your right to be yourself.

If you are feeling lonelier than usual, know that he isn’t the only person you can go to! Sometimes, when we are so infatuated with the belief that only one person could ever understand and be there for us, we tend to neglect those around us who could also be great people to spend time with and confide in. Once you’re able to build up some confidence, try to make some friends. It seems intimidating and scary, but hey—if you love yourself, there’s got to be some people who are going to love you, too!

Understand that he isn’t perfect. No matter how perfect your chemistry with him may seem, he is human, and you shouldn’t idealize him in such a way that you’re constantly dependent on him to make you feel better, whether that’s in terms of your feelings about yourself or about a situation you’re in. This way, he doesn’t always have to be the person you run to when you’re feeling like shit—and he won’t have to be the cause for your feeling like shit in the first place. You like him, so don’t give him negative power over you!

A lot of the times when we overanalyze our actions, we worry that the other person thinks of us in a negative way, when in reality he/she probably doesn’t. If he hasn’t said so, then he doesn’t think so. If he has or if he does in the future, know that it’s time to distance yourself from that kind of toxicity. Out of all of the things I’ve learned from relationships, I am surest of the the fact that if someone makes you feel or think or worry that you’re a burden on them, you’re not in a healthy relationship with that person. You should never feel that you’re a “charity case,” whether he is directly implying that, or if simply being in his life is causing you to feel too needy. By confiding in him and expecting him to be there for you when you do so, you aren’t being a charity case! If you trust him, part of that should be seeing that he doesn’t think you’re overly in need of his help. You shouldn’t think of yourself this way, either, and once you stop believing that you are, you’ll stop believing that he thinks that way, too. It is important to have a balanced relationship with someone, one in which you can talk to him/her when you’re feeling down—and vice versa. The more one-sided it feels, the needier you may feel.

Do not forget that you are your own person and that you have the ability to get through anything with or without this guy! Remind yourself of that every day. Do what you love, and live your life knowing that he isn’t who you live for. It’s you! Also, keep in mind that while you could be if you wanted to, you’re never actually alone, unless you choose that. We’re going to tough this one out together! —Upasna

​One of my friends is a very eloquent, well-spoken person, and always seems to know the perfect way to say things.​ I, on the other hand, am a clumsy speaker. In my head, things sound OK, and I know that I have important things to communicate with other people, but I get anxious and nervous and can never say them the way I want them to be heard. How can I become a better brain-to-mouth translator? —Linguistic Mess, 18, Indianapolis, IN

I will bet a little bit of money and a triple-king-sized packet of red licorice that you are far less of a “Linguistic Mess” than you think you are, and I speak entirely from experience. As a Reformed Linguistic Mess (RLM): In retrospect, all the times I thought I was speaking clumsily or like an invisible cottonball had suddenly been stuffed into my mouth, I was way less linguistically messy than my perception of myself! Of course, at the time, I felt unable to speak, and wished for almost my whole life that I could walk around with giant placards or a rolling white board, writing down my responses to conversations, because it was easier for me to communicate that way. (As an RLM, that is very likely why I love Twitter so much, also.)

My first question for you is, do you write down your thoughts in a journal or Tumblr or other recording method? I have a hunch you might, based on how eloquent (!) and precise this question is, but if not, I recommend writing down your thoughts as an important first step: If you become comfortable with the way your brain works on the written page, and really see how those synapses fire off and your language unfurls, it can help familiarize you with your natural speaking voice and the way you want to say things, and maybe give you a little foundation to start feeling better about what you want to express verbally.