Even if you move around a lot, you can feel perfectly settled.

Brighter Than the Sun 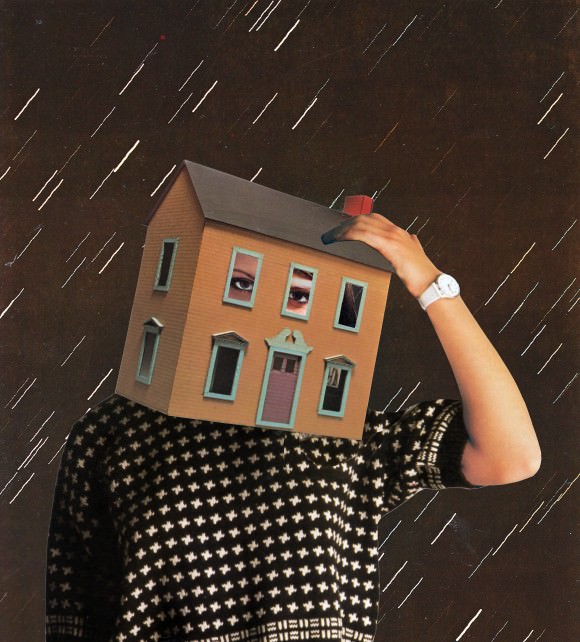 When I popped into this corporeal existence, I was a premature fuzzball resembling a newborn chick. My family gave me the nickname Birdie, which became even more suited to me as I grew up. Moving around the map with my family, and now by myself, I’ve always embraced traveling. Whether I was alone navigating the New York subway as a sixth grader from Salt Lake, managing high school with sexist teenage boys in North Carolina, adjusting to new cultures in Dubai, or more recently, finding ways to not be bored in Utah, I generally enjoy the process of adapting to different environments.

Under my senior yearbook photo are these wonderful words from Anaïs Nin: “We travel, some of us forever, to seek other states, other lives, other souls.” While I remain an ardent travel enthusiast, there have been multiple times during which uprooting has been more discombobulating than delightful. I’ve never really identified with the concept of home in a traditional sense, because I’ve never really had that one comfortable, familiar place I could return to. (Like, I don’t even know where I’d take the Bachelor to if (a) I made it to the hometown episode or (b) I’d even participate in such a show.) Moving during tender ages, when I identified myself by the people and places around me, I often felt intense disorientation with myself and the world around me. How could I replace the support my last best friend provided me? How do I navigate this new terrain without a smartphone? WHO AM I EVEN?! Eventually, I had to find the confidence to ground myself in approaching new places and situations on my own by finding things I could call home when my environment wasn’t. For those of you who have dealt with moving, or are currently approaching this daunting task, I’d like to share some strategies that have been useful for me.

1. Document everything! Journaling all of my feelings, experiences, and impressions throughout rough transitions has been incredibly therapeutic, especially when I had yet to establish a fully formed community of new bodacious friends to confide in and run around with. Throughout high school I journaled manically, switching back and forth between note-taking and writing in my diary throughout classes. This was particularly helpful in the first few weeks of being the new girl. lt enforced my sense of identity while providing a great outlet for emotional release. Also, what a cool thing to be able to open up a book and read the internal dialogue of your young self going through your goth phase! One of my favorite things about looking back into old journals is seeing how my identity as a feminist has altered from my 14-year-old man-hating days to a more egalitarian approach.

In your journal, you can also make collages, plus lists of recipes you want to try out, sights to see in your new community, and even the things you’re grateful for (which has, interestingly, been proven to increase optimism and overall happiness). When I lack the energy to write some articulately written Anaïs Nin–type entry, list-making offers me an equally helpful sense of calm and emotional decluttering.

2. When internal activities like journaling aren’t helpful, go volunteer! Seriously! Foster kittens, help out at a dementia clinic, do anything to shift your primary focus from yourself to what’s outside of you. Volunteering is a great way to become connected to your new area, and making any sort of contribution with a positive impact on the world outside your brain can infuse your life with purpose…and [generic college counselor voice] also looks great on a resumé or college app.

3. Suss out a treasured hiding spot. This place = somewhere you can sneak off to and feel comfortable being yourself. Claiming a slide on a playground, a nook in your favorite café, or a tree in your yard can be really fun. When I was new to Provo, Utah (probably one of the most stifling suburban college towns around), I met a group of gals who took me to this bizarre mountain area that functioned as a dump a few decades ago. The landscape is littered with vintage Clorox bottles, broken typewriter bits, baby bottles, and other trashy trinkets. In an otherwise boring town, this place had the vibes I was looking for, and I loved making up the “stories” behind the items I collected. Natural environments and secluded spaces are ideal for meditative, relaxed spaces to reflect while places like music venues or the gym are better for those of you seeking activities and social interaction.

4. Find something you love. Whether it’s coding, art, or soccer, finding something you love to do is important in feeling grounded no matter where you are or who you’re with, because at the end of the day, you have your thing.

For me, that thing was ballet. I loved everything about it, from the music to the pain of the pointe shoes. Although it was incredibly mentally and physically challenging, it gave me a sense of calm. I was also lucky enough to have an incredible instructor who became my first mentor. When I’d walk from the train to ballet, she would sometimes sneak up on me and smack my back if I was hunching. “Elégance, Madison! Elégance!” she’d say.

5. Embrace your inner fangirl! When I moved to Westchester, New York from Utah, I felt so out of place. I was at least six inches taller than everyone else, and seemed to be the only person in the fifth grade who didn’t know what actual sex was. That year, I spent a lot of time at the library collecting CDs and books on Johnny Cash and ABBA before discovering the ultimate figure of my fangirling: Freddie Mercury, the frontman of the band Queen.

l had limited internet time at home, so I went ape searching the library for as much Queen-related content as I possibly could. Freddie Mercury was everything I wanted to be at 10 years old. Outrageously glamorous in “Killer Queen,” soulful in “Love Kills,” and all over the map in “Bohemian Rhapsody.” For Halloween, I wanted to dress in a skin-colored leotard so I could pretend to be a shirtless Freddie Mercury. For fake chest hair, I planned on using a glue gun and either my guinea pigs’ fur or my father’s arm hair. While my mother vetoed this costume due to modesty concerns, embodying the essence of Freddie Mercury was still very satisfying: As a relatively awkward new kid, consuming films, books, and CDs about Queen gave me a sense of purpose, wrapping me in a melodious blanket warmer than any guinea-pig-fur/arm-hair chest-merkin out there (aka…none, as far as I know).

6. Be open to making new friends. Recently, I packed my belongings into a suitcase and moved to Los Angeles without really knowing anyone or possessing a mode of transportation. (Eek!) Because I was suffering quite a bit of anxiety over what this move meant to me, my parents, and my future, I found it stressful to muster enough energy to approach potential friends at coffee shops or attend social gatherings. Taking a different approach to friend-finding, I found Tinder to be surprisingly helpful (if you’re 13 to 17, the app will only show you other 13- to 17-year-olds, but you should obviously still be careful). Clarifying that I’m only looking for pals to roam about with instead of romantic and sexual partners made it so that, in just a few days, I already found a handful of incredibly interesting, like-minded individuals with whom to meet up. In a way, it’s really relieving to get to know people in CyberWorld before meeting with them in the RealWorld.

7. Maintain old relationships. Last year, I was lucky to meet one of my best friends, Holly. When I moved away for college, Holly and I quickly realized that more often than not our schedules didn’t align, which made phone calls difficult and infrequent. Wanting to stay close with each other, we sought out creative means of keeping in touch, i.e. making collages, collecting trinkets for packages, and sending pointless Snapchats. This BuzzFeed post is full of good advice on maintaining long-distance friendships—try them out!

Moving is TUFF, Rookaloos, but it can also result in some of the most reflective, empowering, and self-assuring times to be had when approached the right way. Journal, volunteer, hunt for hiding spots, teach yourself how to code, or fangirl the bejesus out of someone/something! That way, should you ever find yourself feeling down, you can just go ahead and strike a Freddie Mercury victory pose: 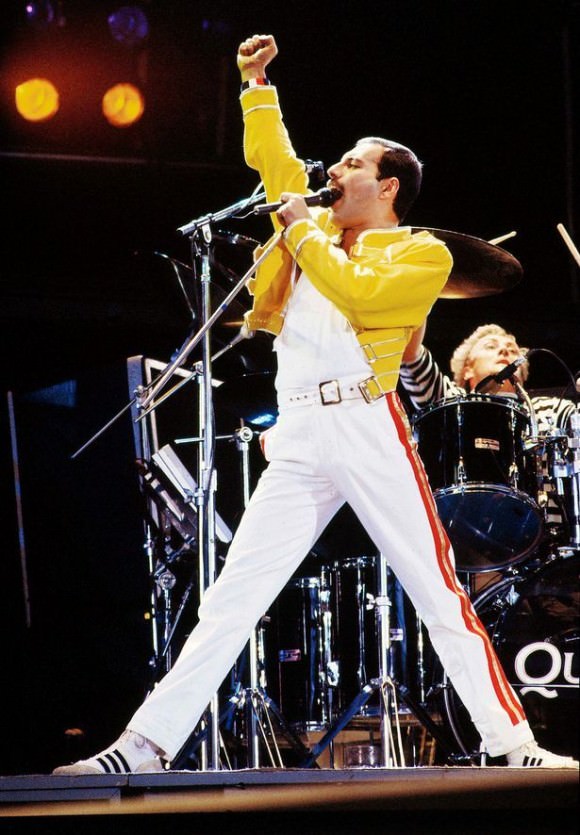 They work great, happiness-inducing-wise, no matter where you are! ♦