How to Turn Any Button-Up Shirt Into a Crop Top

You’ll probably want to do this to every shirt you own.

A Guide to Conquering the Fear of Flying 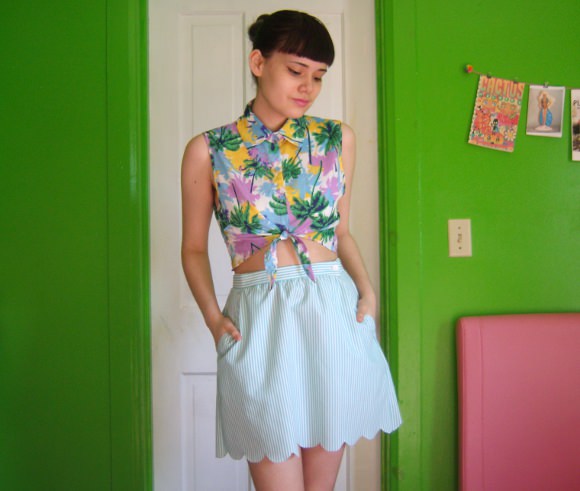 CROP TOP WEATHER IS FINALLY HERE! And I feel totally justified in using all-caps to say so because it really is that exciting (at least for people like me who live in places where it’s freezing for, like, at least six months out of the year). To celebrate the arrival of warmer temps, I’m going to show you how to transform any button-up shirt into a summery tie-front crop top. It’s super simple and super cute. By the time you finish reading this post, you’ll probably want to do this to every shirt you own! 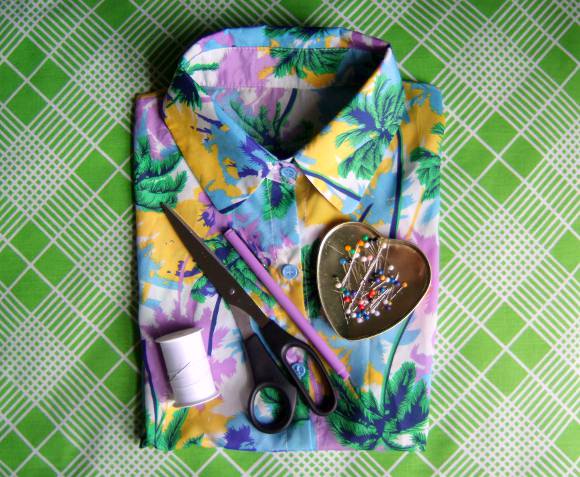 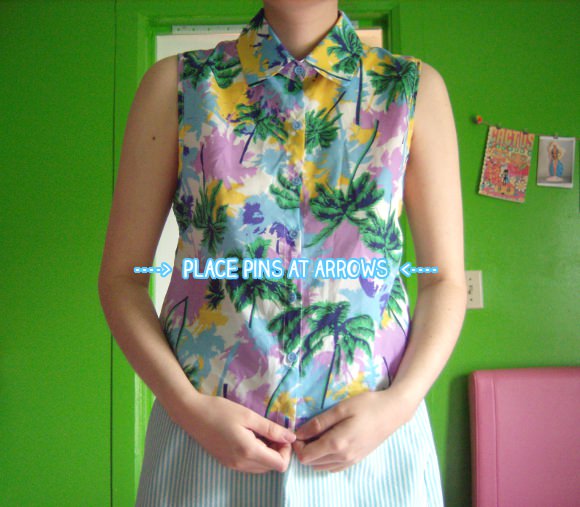 The first thing you’ll need to do is figure out where you want to crop your top. I like my crop tops to hit at my natural waistline, but you can make yours as short or long as you’d like! Try your shirt on and place a straight pin on each side of the shirt, roughly where you’d like your desired crop-top length to be. I’m going to refer to these pins as the waistline pins from now on. 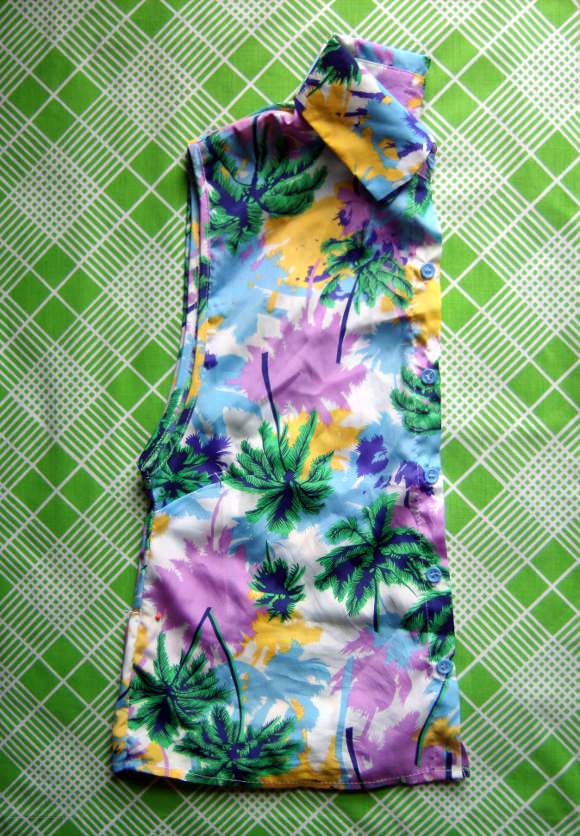 Button up your shirt and fold it in half, making sure the side and shoulder seams are lined up as neatly as possible. While it’s still folded in half, lay the entire shirt out on a flat surface. 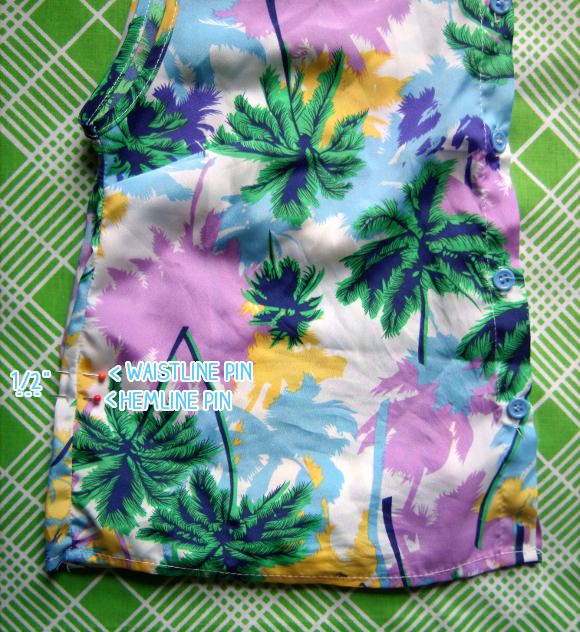 With a ruler, measure about a half-inch down (toward the bottom of the shirt) from the waistline pin and mark it with another straight pin, which I’m going to call the hemline pin. 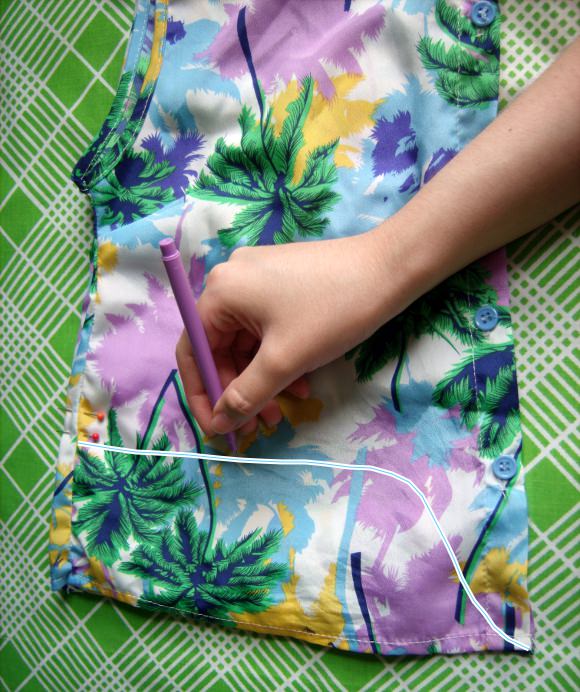 Starting at the hemline pin, use your chalk, marker, or pen to sketch out a shape similar to the one above. It should start as a straight line that eventually curves down and toward the inner corners of the button placket, which will form your crop top’s front ties. 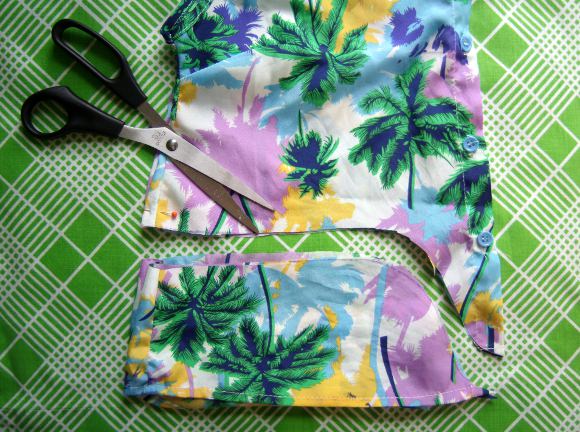 Once you have the hemline sketched out, use your scissors to cut along that line through both layers of fabric. 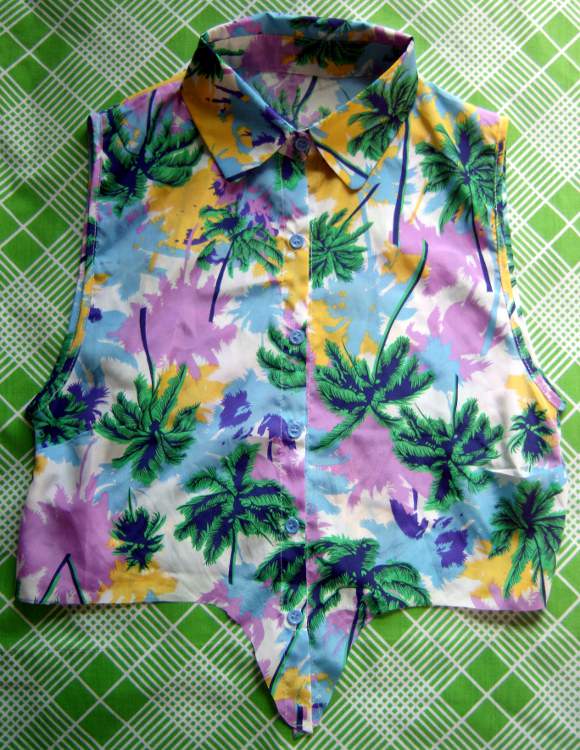 Unfold the shirt and you should have something that looks like this! Now, some finishing touches… 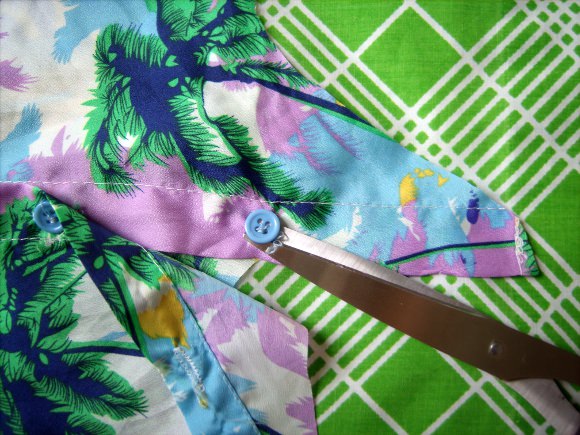 Remove any buttons that are below the line where you’ve cropped your top. You won’t need them any longer because they’re on the ties. 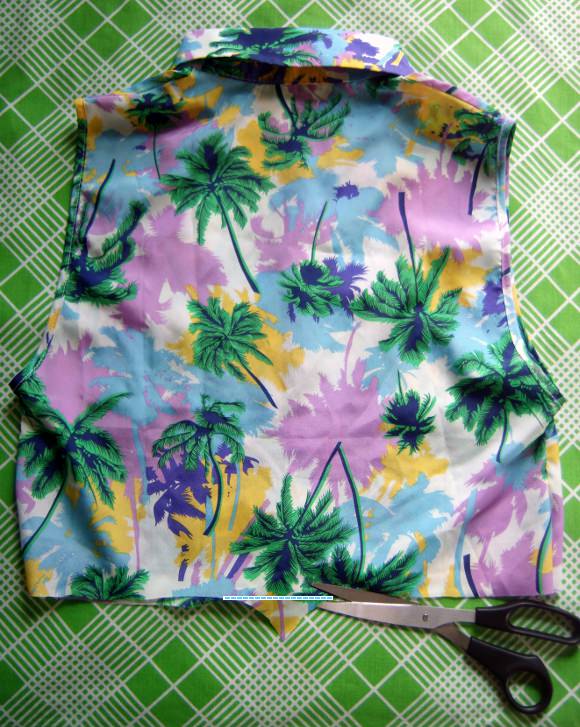 Flip the shirt over and cut away any excess fabric that is hanging below the crop-top line on the back side of the shirt—and be very careful not to cut off your front ties in the process! 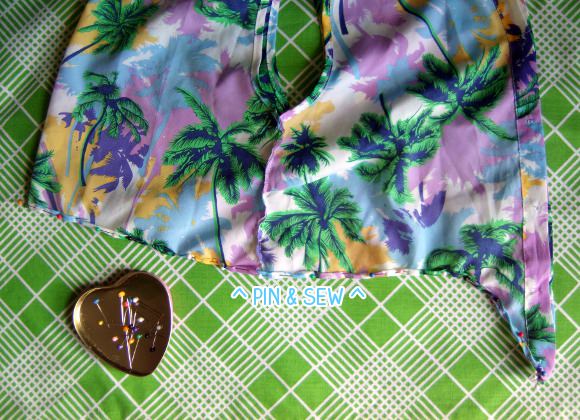 To finish, turn your shirt inside out, fold over and pin the raw hem, and sew the hem with a straight stitch. (Instead of sewing the hem, you could also try using a seam sealant on the raw edges.) 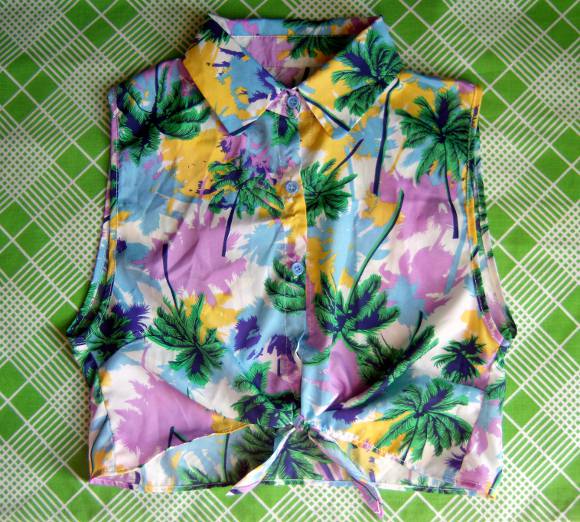