Isley Reust on music as meditation, transitioning, and avoiding self-destruction. 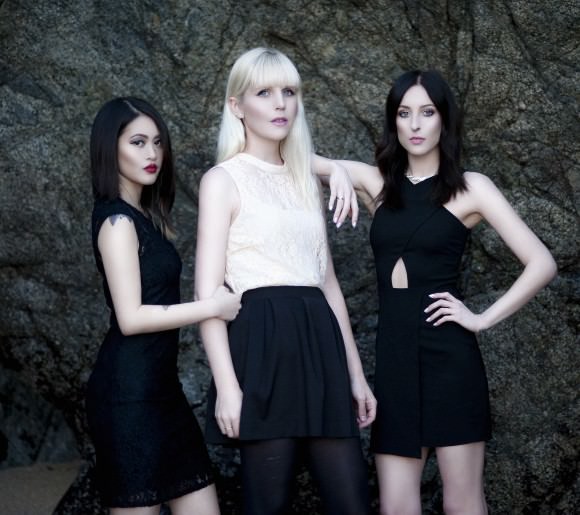 Isley Reust is not holding back anymore. After dropping out of high school she made music for a while, before taking a break to complete her gender transition. Now she’s in an awesome band called Spectacular Spectacular, making cinematic music, and preparing to release the group’s debut album Blur on June 30. Today, we are stoked to premiere their gorgeous and cool song “Wake Me Up,” which they co-produced with Kristopher Comeaux.

I spoke with Isley about her journey towards becoming not only herself, but a musician living out her childhood dreams.

ISLEY REUST: In 2011, Jessica [De Grasse] and I were talking about starting a new project. I got really sick and found out I had a tumor—I had to have emergency surgery, which is how I found it. I never really got better during that time. A few months later, my immune system was really bad and I hadn’t fully recovered. Then I was taken to the hospital again, and my liver was almost failing. They told me I had hepatitis, so I had to start these treatments. It was an experimental drug that this company was starting, and they didn’t know if it would cure it. It ended up curing it, but it makes you extremely sick—throwing up, body aches, fevers. It was awful.

In 2012, while I was on that medicine, I moved to San Francisco which is where Jessica and I started writing songs for Spectacular Spectacular. Being in that environment was so much more soothing for me while going through treatment. We’d go on trips to see the redwoods or go up to see Mt. St. Helens or to Olympia, WA to get inspiration and be away from [every]one. We would make trips to Los Angeles to record, as well. We would make at least one trip a month, sometimes two trips a month to record. It took about three years to finish the record. The last thing we tracked was orchestral arrangements for the album. Millie [Chan] joined the band in 2013. I met Millie at Bloomingdale’s in San Francisco, of all places [Laughs].

How did that happen?

She was working there and just started talking to me. I was wondering why she kept talking to me, but we just hit it off and were talking about music. Then, a few weeks later I told her that we needed a bass player.

How would you describe Blur?

The album is diverse. We have songs that have synth, or whole orchestral arrangements, folk guitars and sliding guitars. Lots of haunting and airy vocal melodies.

What is “Wake Me Up” about for you?

For me, it’s just about change and discovery. Like the title says, you just need to be woken up! Musically, it takes you on journey. It starts off really minor-y and sounds like a haunted circus and then it becomes very mellow.

Where did you grow up?

I was born outside of Los Angeles, but I grew up in a small desert town called Victorville—it’s on the way to Vegas. Growing up there was kind of rough. I didn’t have many friends early on, and I was different from a lot of kids, so that made it harder. I took up playing music: piano when I was eight years old and guitar around 12 years old. That’s where I channeled most of my feelings. When I was 18, I started moving around, playing in bands, and I came out as transgender, too.

What kind of music were you listening to back then?

Nirvana was my favorite group growing up. Also, Garbage: Shirley Manson was one of my hugest influences. I wanted to be just like her when I got older and be on that level of music. The guitar player John Frusciante of Red Hot Chili Peppers—his style influenced me also. 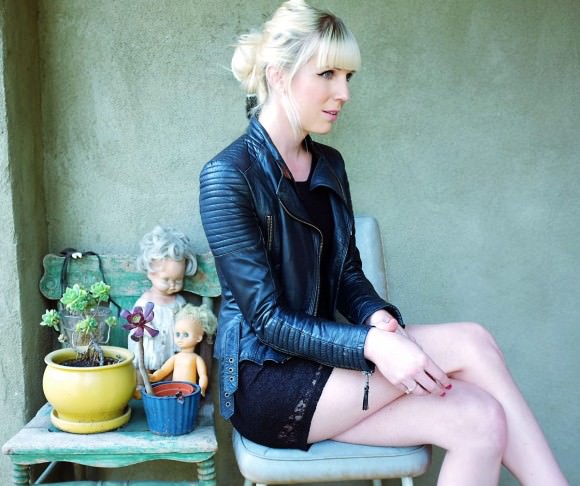 You’ve spoken before about recognizing yourself as trans at the age of four. How did it feel for to recognize that so young?

It was always in the back of my mind. I was uncomfortable, just never happy doing anything I was doing. I was touring everywhere, and I still wasn’t happy [even though I was] doing something that I love. I wasn’t happy because I wasn’t being honest or true to who I was, and I wasn’t going to be happy at all unless I made the change. I was playing in a two bands, and both bands [had] just finished recording, putting out a record, and touring. I quit both, moved away, and enrolled myself in art school to study photography. I didn’t associate with anyone from my past and I did my own thing. I started going forward with my transition. I just needed those couple years alone to become who I need to be. I always knew that I’d come back to music, but I just had to take a couple years off and do my transition in private.

How old were you when you first started to transition?

I started slowly. It takes years for some, and for others it doesn’t take years. For me, it was an ongoing process. From 19 years old, to 20 years old, to 21; I completed my transition at 25.

Did you ever lose motivation during those years of transitioning?

When I was younger, it was hard because I didn’t have the money. It’s very expensive, and it can be overwhelming, [it can] get to you and be really depressing. Knowing that I wasn’t financially stable was very discouraging for me. I think that’s why it took me so long. Plus, when you start taking hormones, it’s like going through a second puberty. Your mind, and everything, your body is feeling is brand new again, just like when you’re 12 or 13. You have all these different emotions running through [you]. It takes some time to get used to.

What kept you motivated?

Who was the first person that you told you were trans?

The first person who ever knew was my sister. She knew from when we were like 10 or 12, and I told her around then as well.

How did she react?

She actually confronted me: “Would you rather be a boy or girl?” I was just like “Oh, woah!” I was caught off guard.

Did you find playing and making music offered a release from what you were feeling?

Did you have a good support system when you came out?

How would you describe your life now?

Looking back, everything that I’m doing now, or am on my way to doing, is everything I dreamed of doing. It feels pretty amazing. Even though I’m not quite where I want to be yet, I know I’m going in the right direction. Everything has been really chaotic and busy lately, especially this last year. I’ve been working really hard, too, so I’m glad I can start seeing the payoff.

If you could say one thing to your high school self, what would you say?

Don’t care what anyone thinks and be yourself because their opinions of you aren’t gonna matter in a few years from now. I feel like everyone in high school and junior high thinks that that’s how the whole world is going to be because that’s all you know. I was always afraid of what people thought of me. ♦