Because almost anything else is a better idea than doing that right now. 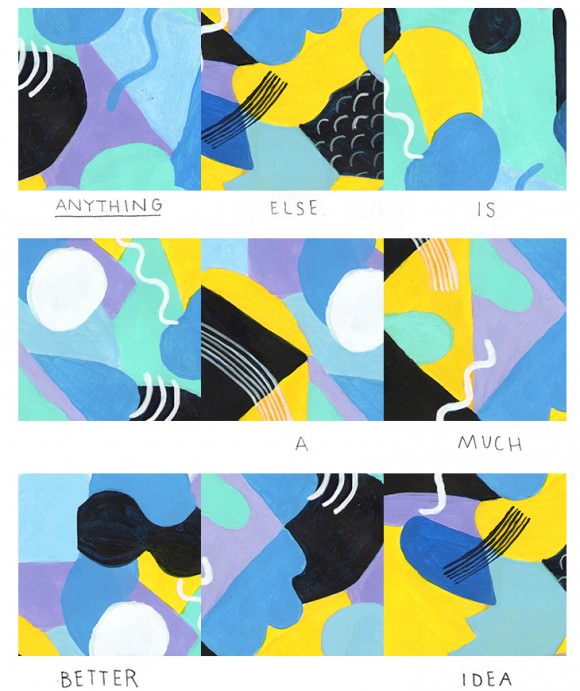 Maybe you broke up with them. Maybe they broke up with you. Maybe it was circumstantial, maybe it can only be summarized by the title of Denise Richards’s reality show, maybe you need to down a few glasses of Manischewitz before even going there, I KNOW RIGHT, tell me all about it, *hugs*.

So due to whatever kind of love-pickle your thunderous heart got itself into, there is a person in your life with whom you should not be speaking at the moment, but at this very moment right now, there is nothing you want more than to call them. Check all that apply:

[ ] You’re crying and screaming and contact with this person seems like the only remedy (until you have to say goodbye again).

[ ] You’re terrifyingly numb and need this person’s attention to bring you back to life (until you have to say goodbye again).

[ ] There is a gaping hole in your heart where the love used to be, and you can fill it a little just by hearing their voice (until you have to say goodbye again).

[ ] You messed up so bad and you need another chance to explain and you cannot live knowing that this person won’t forgive you (even though they’ve made it clear they won’t).

[ ] They messed up so bad and showed no remorse and you need to point it all out and will not be satisfied until they fully understand the extent of their sociopathy (even though they’ve made it clear they won’t).

The greatest common factor in all of these scenarios and about 90 percent of the et ceteras is that getting in touch will alleviate your suffering temporarily while worsening it in the long run. But how can it be that you “shouldn’t” talk to this person if your feelings so badly want to? Well, not to reduce your feelings to a Bill Nye episode, but you are still physiologically attached to this person as if they were a DRUG, a la Ke$ha. According to a 2011 study conducted at the Einstein College of Medicine, MRI scans of people going through breakups are comparable to those of people overcoming cocaine addiction, making the chance of relapsing very real. Terrifying!! Time will be your best friend as your body slowly forgets your ex, and reasoning will be your greatest resource in transitioning the pain from physiological to emotional to almost purely intellectual. Here are some questions to ask yourself before getting in touch:

2. If they were a jerk to you: Do you want to give them the satisfaction of knowing this is troubling you? The opposite of love isn’t hate, it’s indifference!

3. If you were a jerk to them: Do you think it would hurt or anger them to hear from you, and that giving them space is a greater gesture of respect?

4. Are you hungry, dehydrated, tired, or at all resembling the tamer circumstances in this video about how to get your baby taken away on Sims? Breakups suck no matter what, but like everything in life, they suck even harder if you are not hitting the base level of Maslow’s Hierarchy of Needs.

5. Did you smoke weed or drink recently, like today or yesterday? Weed and alcohol are depressants, and fertilize the pain they might temporarily distract you from. Know that that is where some of your sads are coming from, even though heartbreak is an obvious explanation. A hangover is not a reason to call an ex-person.

Look: It would be unnatural to pretend a person you used to exchange fluids with suddenly doesn’t exist, and sometimes being all “NEVER AGAIN” actually just mythologizes your ex till they occupy an oppressive place in your mind, making the idea of calling them suddenly so unimaginable that it must be cathartic. The cold turkey extreme demands to be combatted by an equal extreme, and then not only do you give in and have to go through the pain of another goodbye, but you feel EXTRA shitty because YOU SAID YOU WOULDN’T AND NOW YOU DID AND THAT IS JUST SO CLASSIC YOU JUST LIKE IN THIRD GRADE WHEN MOM BOUGHT YOU THOSE NICE NEW CROCS AND YOU JUST HAD TO GO AND — (guilt, spiraling, this suddenly represents all of your self-worth as you were trying so hard to be strong, and so on).

The most productive question, I think, is if there is anything else you can be doing right now. If so, do that thing, and whatever else you need to do for yourself first, and you might find that through it all, your desire for contact has lessened. Instead of making any declarations, take it one day at a time, or even one hour at a time: Can you get ready in the morning without sending a text? You did it! Can you commute without any communication? Done! Keep focusing on what’s in front of you, and you’ll even start to appreciate whatever you’re doing way more, and that’s one baby step towards Life After Heartbreak.