Plus Cher continues to be the best, people steal things on the internet, and comic book news. 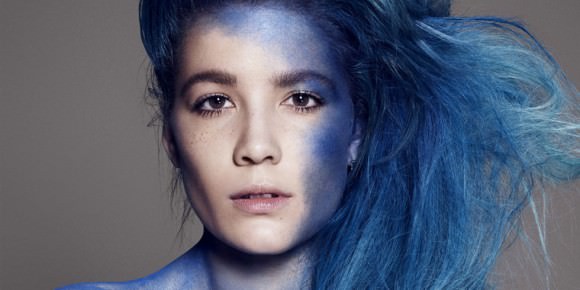 Photo of Halsey by Paola Kudacki, via Elle magazine.

Singer/songwriter and all around cool gal, Halsey spoke publicly about her experiences with bipolar disorder for the very first time. “I think this a good time to talk about it. It’s just like, I was diagnosed when I was 16 or 17. My mom has it, too.” Halsey is known for her brutal honesty, so needless to say, she is very transparent about what it’s like to live with her own, and her mother’s bipolar disorder. In response to the fetish for “crazy girls” Halsey says bluntly, “It’s not all painting at four o’clock in the morning and road trips and fucking great things.” I’m so glad that she’s starting a discussion about mental health—I hope fans will be able to relate to her struggles and feel a little less alone!
Meagan 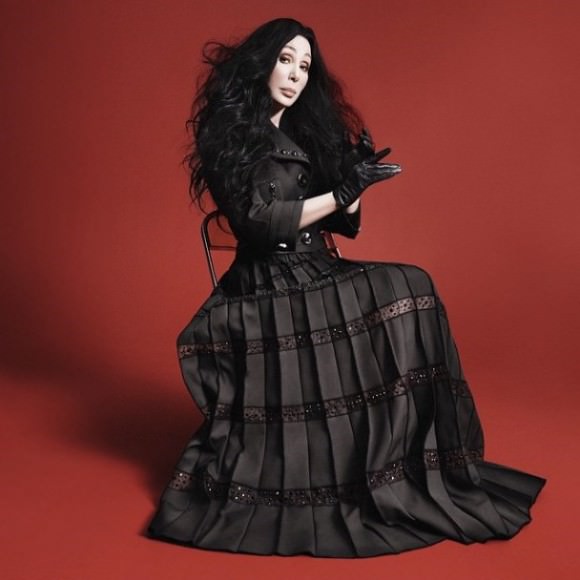 I screamed into a pillow when news broke that Cher has been cast as the new face of Marc Jacobs’s Fall 2015 campaign. I’m an enormous Cher fan (and an even bigger fan of her Twitter account), and she looks SO. FREAKING. FABULOUS! According to Fashionista, March Jacobs’ Fall 2015 collection was also inspired by Diana Vreeland. Diversity in fashion also includes age, and while change is happening in annoyingly slow, incremental steps, I’m always encouraged when I see things like this. 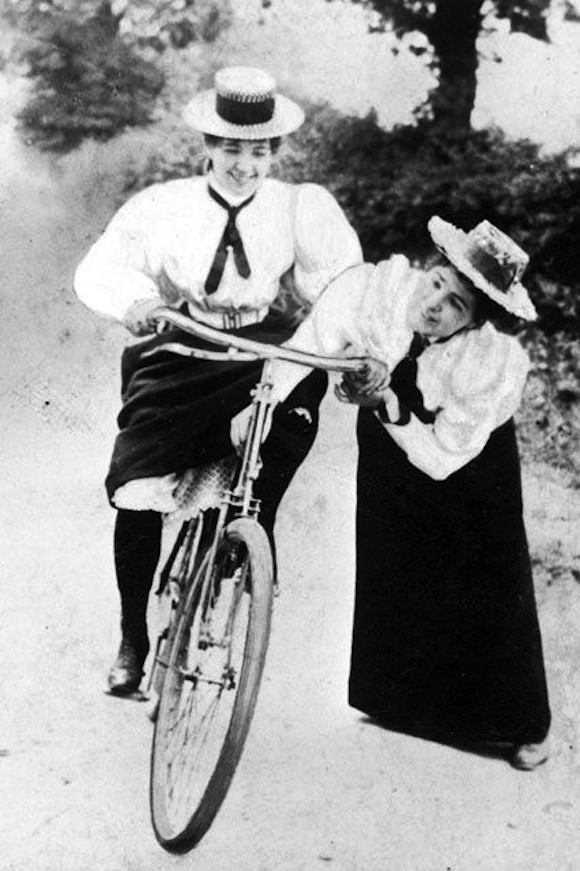 Photo from the Hulton Archive, via Refinery 29.

I loved Kim Kelly’s article on the history of women and bicycles. She explains that when the bicycle was invented, women suddenly had mobility in a way they hadn’t had before. This also necessitated a change of dress; I had no idea bloomers were invented because of the bicycle! Far from from being just a way to get around, the piece also makes the connection between the humble bike and the beginnings of North American feminism.
Emma 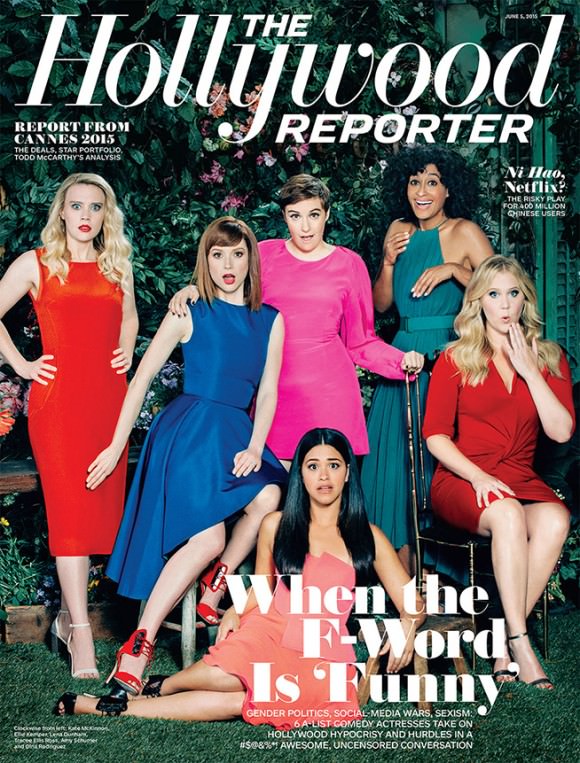 There are few things I love in life more than listening to a bunch of smart, foul-mouthed women speaking the truth, and this roundtable interview with Ellie Kemper, Gina Rodriguez, Amy Schumer, Lena Dunham, Tracee Ellis Ross, and Kate McKinnon rocked my world. They are hilarious, sharp, and 100 percent supportive and encouraging of one another. It makes me want to send in my tuition money to their School for Funny Women Who Want to Entertain People And Also Be a Super Cool Human Beings.
Nova 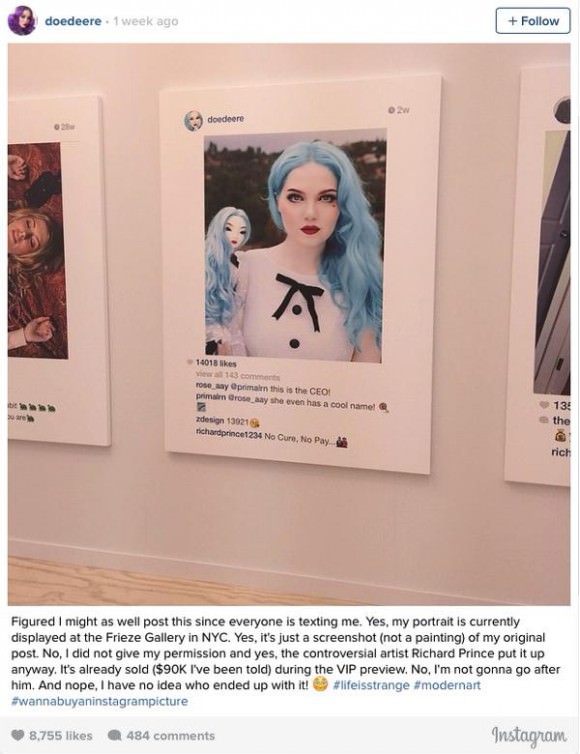 I reacted quite viscerally when I read this Washington Post article about an artist named Richard Prince who exhibits enlarged screen shots of other people’s Instagram posts. Because of the modifications he makes to the captions accompanying the images, the pictures are lawfully regarded as his work, and not that of the people who posted them. Mind: blown!

We could get into how building one’s entire career on legal loopholes is kinda impressive, albeit in an awfully douchebag way. Orrrr, we could focus on the fact that people’s social media images carry personal significance and intellectual property should be respected. This is public knowledge yet copyright rules have not risen to meet the arrogance of “artists” such as Prince!

The silver lining: Missy Suicide beat Prince at his own game by selling her own screenshot for $90, devaluing the version being sold at 1000 times that price. This is smart (as smugly acknowledged by Prince—urgh) and I hope more people go this route. Ethics are a thing, y’know?
Annie 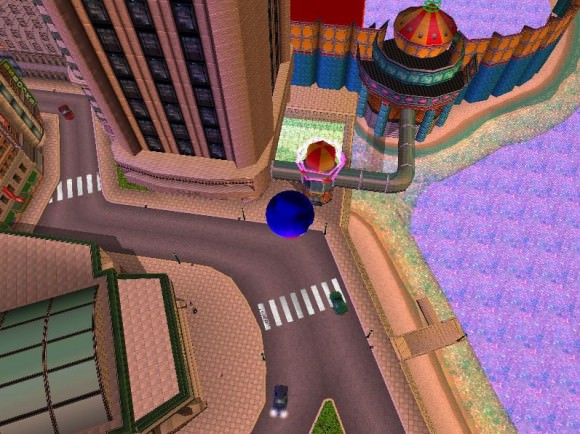 Zolani Stewart published a two-part essay “On the Beautiful and Tragic Weirdness of Sonic Adventure,” a game that marked the Sonic franchise’s transition to free-roaming 3D gameplay. (That was part one, here’s part two). Stewart deconstructs phenomena such as players’ boredom in “hub worlds,” in-between nether-spaces that link levels to each other. I love when a great writer suggests bizarre, unintended takeaways from commercial culture. 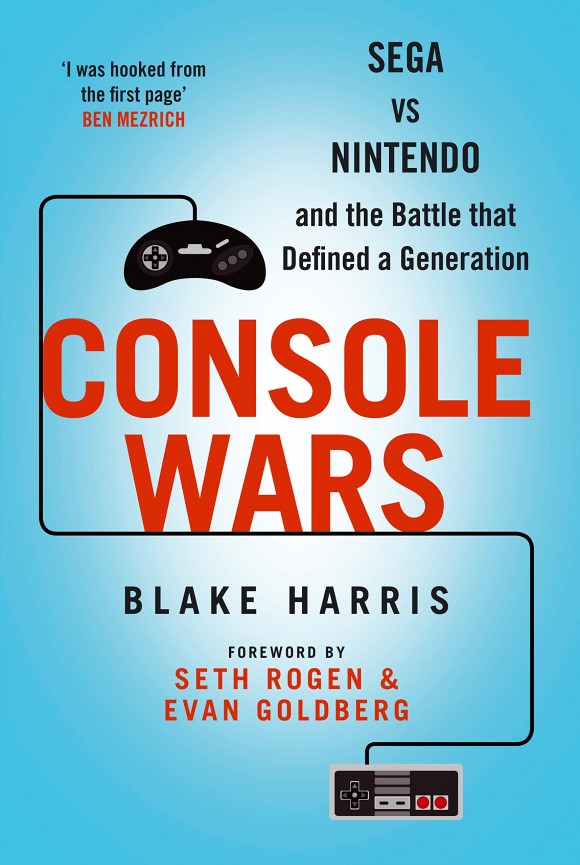 If you liked Stewart’s essays, you might also enjoy this non-fiction piece on the strange battle for the soul of Sonic, an excerpt from Blake J. Harris’ 2014 book Console Wars. 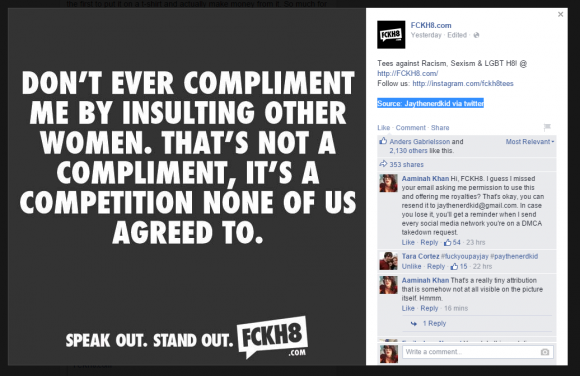 Screengrab via The Rainbow Hub.

The so-called pro-LGBT rights organization FCKH8 stole a tweet from the account of the writer and activist jaythenerdkid, aka Aaminah Khan, and printed the tweet on T-shirts for sale. They did all this without asking Khan’s permission or crediting her. Aaminah Khan wrote “The Continuing Saga of FCKH8 Versus Integrity” about the whole debacle. 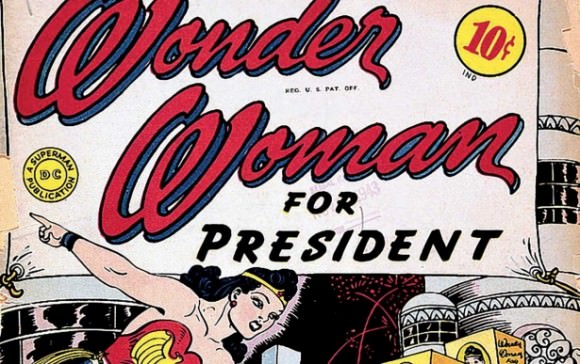 Diana Prince is elected president of the United States in Wonder Woman #7 (Winter 1943), via the Nation. 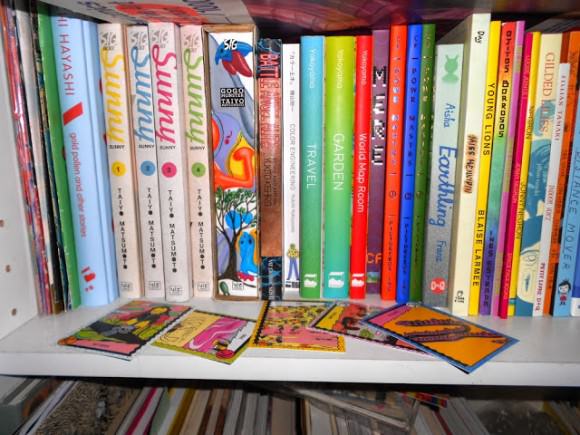 My favorite comics critic, Zainab Akhtar, asks cartoonists to post photos of their “Comics Shelfies” at her blog Comics & Cola. This week, the comic book artist Lala Albert shows us her beautiful books.

If you make zines or webcomics, the deadline for the community-voted 2015 Ignatz Awards, hosted at the Small Press Expo in Bethesda, is fast approaching. I encourage you to send in your work!
Estelle 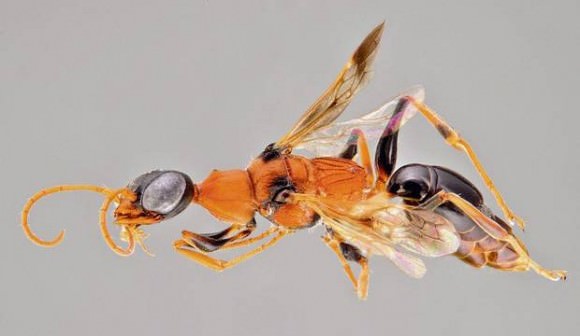 Photo of the “Dementor” wasp, via Life Science.

I grew up in Australia and live in downtown Manhattan, so I’m used to all kinds of creepy-crawlies (luv u, cockroaches!). But I’m terrified by this new species of wasp discovered last year in Thailand. With the Latin name Ampulex dementor, it’s been named after the super-scary Dementors in the Harry Potter series. How did they earn that name? Oh, I don’t know, they just TURN THEIR PREY INTO ZOMBIES BEFORE EATING THEM ALIVE?????? Thanks, nature. 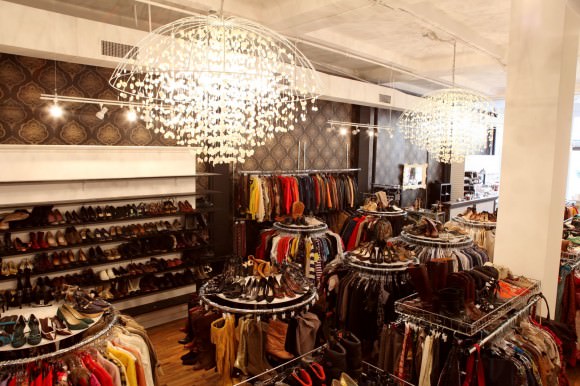 Photo of the Beacon’s Closet Manhattan location, via Racked.

If you haven’t experienced the special hell of taking your clothes to a buy-sell-trade store in order to get store credit or cash, two shows have portrayed it in all its embarrassing, wretched glory: Portlandia and Broad City. Are you covering your eyes with your hands yet? Urghhhhh. Anyway, this Racked article goes behind the scenes of stores like Buffalo Exchange and Beacon’s Closet, explaining that it’s pretty big business. And now I feel like going shopping. ♦