Plus Britney is back, dolls with disabilities, and so many beautiful photos.

Sunday Video: Before the World Was Big 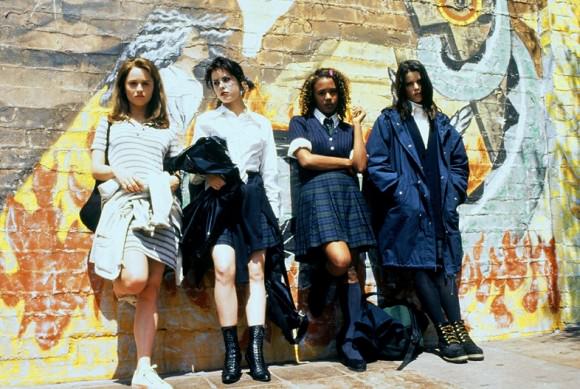 Photo via Dazed and Confused.

Sony is remaking the 1996 teen movie The Craft, and the reboot will be co-written and directed by the filmmaker Leigh Janiak. The Hollywood Reporter, points out that a female director is “welcome news to Hollywood,” since even the American Civil Liberties Union has criticized studios for their “systemic failure to hire women directors at all levels of the film and television industry.” But what would be even better is if those same studios would stop recycling old stories just to make bank off remakes, and commission and support women writers and filmmakers—especially black and woc filmmakers—who have stories to tell. Just sayin’!

Dazed and Confused published a piece about the films Hollywood must never, ever, ever remake titled “The ’90s teen films no one in Hollywood should fuck with”, which made me chuckle. 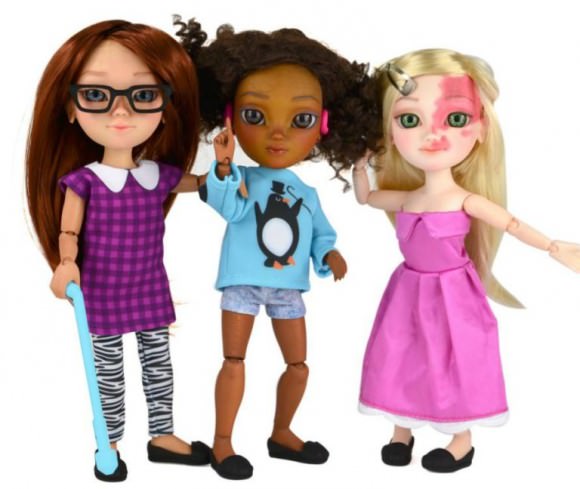 Photo of a new range of dolls with disabilities, via Makies.

The #ToyLikeMe campaign involves parents of disabled kids remaking toys “in [a] call for better representation and diversity in the toy box.” In response, the British toy manufacturer Makies has launched a range of dolls with disabilities, which includes dolls with walking sticks, hearing aids, birthmarks, and scars.

Lianne La Havas’s video for her new track “Unstoppable” is a magical, wonderful four minutes and seven seconds of Lianne dancing. You can watch above, although add 20 seconds recovery time, too. 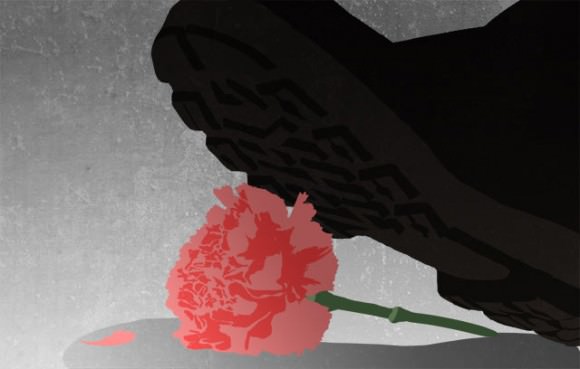 Illustration by Lauren Walker, via Truthout.

The mother who was charged with child abuse for having her kids wait in the car while she attended a job interview, Shanesha Taylor has written an op-ed for Truthout about her experience. In the piece, she writes about the distress it caused her to be portrayed as the worst mother in the country, as she simply tried to protect and provide for her children. She details her encounters with Child Protection Services, the criminal justice system, and the media, to illustrate how the state criminalizes black, poor single mothers.
Annie

Juliana Reyes wrote about “Bailout”, a new Philly-based web series by the Iranian-American filmmaker Sara Zia Ebrahimi. The first episode centers on struggles connecting to growing up in a first-generation immigrant family, “liberal” but way awkward white indie dudebros, and student debt. Little details charmed me, like how the protagonist squeezes the head of her stuffed elephant in her cubicle in the middle of a rough day. The first few episodes are funded by the Leeway Foundation. 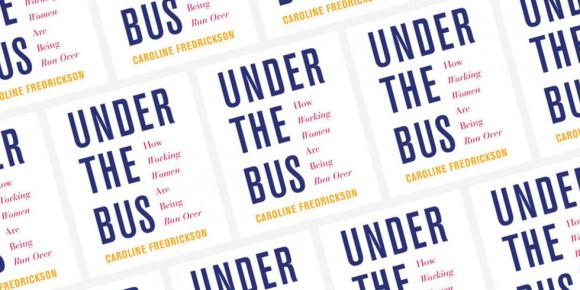 Image of Caroline Fredrickson’s book “Under the Bus: How Working Women Are Being Run Over”, via Elle magazine.

Linda Tirado discusses Caroline Fredrickson’s book Under the Bus: How Working Women are Being Run Over, Fredrickson’s answer to the overwhelmingly white, classist “lean in feminism” campaign. 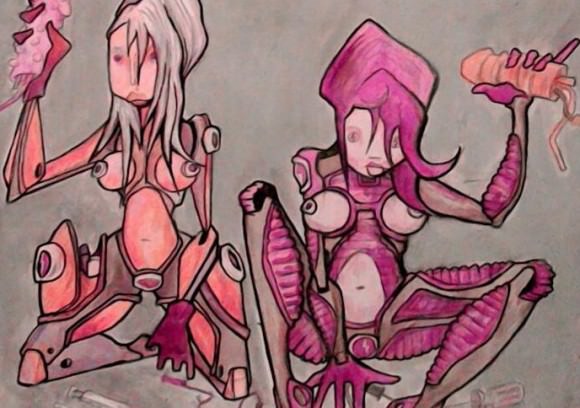 The trans-focused publisher Topside Press put out an open call for speculative and sci-fi short fiction by trans-identified writers! The work will be paid, and the project is co-edited by Casey Plett, who wrote the story “A Love Like in the Movies” for Rookie. For more information, you can find the FAQ here. 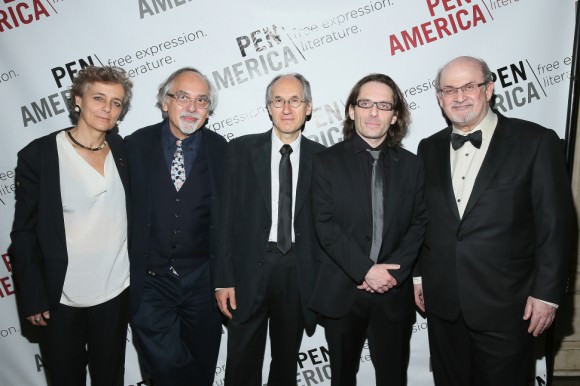 In the wake of the Charlie Hebdo shooting, the Maus cartoonist Art Spiegelman appropriated the “Black Lives Matter” slogan to say that “Cartoonists’ Lives Matter.” Kim O’Conner responds with an open letter to Spiegelman.

The cartoonist and micro-press publisher Kevin Czapiewski joined Marnie Galloway and Sam Sharpe on their comics podcast “Image Plus Text”. In this lovely, freewheeling conversation about inspiration, they spoke about “the wisdom [they] have gained by using other mediums,” and Kevin explains how he learned from the structure of Joni Mitchell’s song “The Last Time I Saw Richard”..
Marie

Britney Spears and Iggy Azalea have made a fun, ’80s-themed video for their song “Pretty Girls”. While I have mixed feelings about Iggy, I love me some old school Brit Brit, and I was especially intrigued by the video which is a homage to Earth Girls Are Easy, the classic 1988 film about a Valley girl who falls in love with an alien. The vid lifts its scenes straight from the flick.

Brit plays a Valley girl who’s hanging out in her backyard when a spaceship crashes into her pool. Iggy emerges from the water in full extraterrestrial regalia including a fierce silver beehive and matching makeup. (I wish she’d kept this look throughout the video since it was pretty much the only decent costume—they could have done a lot better with the clothing!!!) Britney then shows Alien Iggy the Valley-girl way of life—crimps her hair, takes her cruising, and finally to a dance club where we are blessed with a classic Britney dance scene.
Estelle 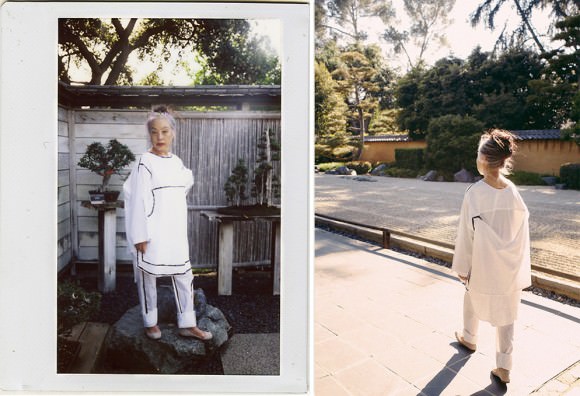 Photo of Rainboe Wave by Christine Hahn, via Opening Ceremony.

I lurve this photoshoot that photographer Christine Hahn did with her friend Rainboe Wave, featured on the Opening Ceremony blog. Rainboe turns 69 next month, and in the dreamy, moody shoot she is wearing clothes from Los Angeles label 69, which Christine describes as “genderless, non-demographic, and for all ages.” The tenacious desert plants and rocky landscape of LA are the perfect background for Rainboe’s low-key badassness.
Chanel 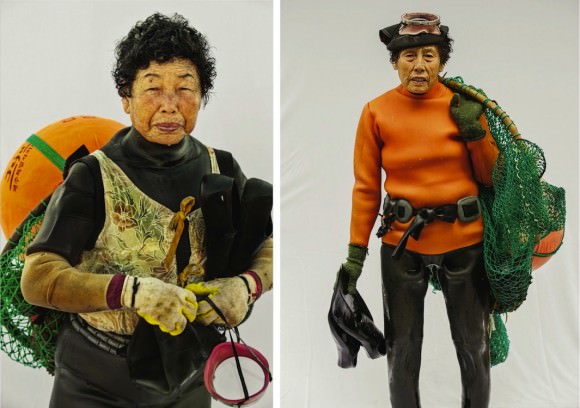 A photo series called “HaeNyeo: Women of the Sea” documents Korean women, known as haenyeo, who dive for fish without breathing equipment and who are part of a matriarchal community in Korea’s Jeju province. The photographer Hyung S. Kim captures the women (mostly over 60 years of age) at a time of decline: the New York Times reported last year that since the 1960s, the number of haenyeo has dropped from 26,000 to 4,500. ♦