How to Convince Your Family to Be Environmentally Conscious

Green up your home without seeming like a scold. 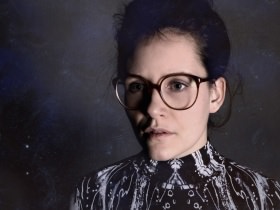 lnstead of thinking of grand plans for how you’re going to SAVE THE WORLD, you need to think about things you can actually accomplish in your current living situation. I used to work at an environmental organization that wouldn’t even begin working on a campaign unless (a) they knew it was possible to win and (b) they could win it in a reasonable amount of time. My employers wouldn’t pour their energy into a useless or long battle, and you shouldn’t either.

Remember that SUV I mentioned earlier? Your parents probably aren’t going to sell their car no matter what you say. They’re also not likely to put a solar panel on the roof, go vegan, or make any other dramatically lifestyle-altering and/or expensive change. Those kinds of big things are for you to think about when you have your own home. Me? I’m dreaming of living in a tiny house someday.

Here’s a template for your BATTLE PLAN:

Is this something that primarily affects you? Examples: Giving up meat, asking for nonmaterial birthday/holiday gifts, buying/making your own hygiene supplies…

YES: Then fight for it!

NO: I want to make a change that affects the whole house/family: Is it expensive?

YES: Give it up (unless it will save MUCH more money in the long run).

YES: Give it up (unless YOU are willing to do the work).

NO: Fight for it!

And when I tell you to fight, I don’t actually mean that you should fight. Think of this like you’re a little kid asking to get a puppy. Tell your parents exactly why this thing would be good for you and for them, and make it clear that you will be responsible for it. Like this: “I’ve been reading about how even plant matter can’t dispose in landfills, and I think we all can make a difference by recycling regularly and composting our food. You’re worried that the compost bin will be ugly and might smell? I’ve done some research. This design matches our shed, and as long as we I empty the kitchen bucket regularly, which I plan to do, it won’t smell. In fact, our kitchen garbage will probably smell better! And next year, we’ll have free fertilizer for the garden!”

I think my parents probably would have inwardly rolled their eyes at my sudden passion for composting, but a well-researched and NON-CONFRONTATIONAL argument would go a long way towards them letting me try. If they shoot you down, try requesting something smaller and work your way back up after you’ve proven that your environmentalism isn’t a fad.

Things to consider: Is your new suggestion the same cost or cheaper than the alternative? Are you willing to put in the extra work if your family isn’t? Is it going to take up all your time? Making everything from scratch is about as eco-friendly as it gets, but you can’t live like a pioneer. Choose the things that are important to you or that seem most worth it, and compromise on the rest. If you’re not up to making your own soap, maybe there’s a stall at the farmer’s market where you can buy some. Or just buy the normal stuff at the store, and feel good that at least you’re cleaning with vinegar instead of Toxic-Clean-Dirt-Eater.

Environmentalism isn’t about being perfect. It’s about recognizing that we all live on this Earth together and every little thing helps make a difference. And so even if you can’t live your dream green life right now, feel good about whatever you can do. And don’t be afraid to manipulate your family—just a tiny bit—with your magical money-saving ideas. They know you don’t care about the bills, and you know they don’t care about the environment. It doesn’t matter—the planet still wins. ♦