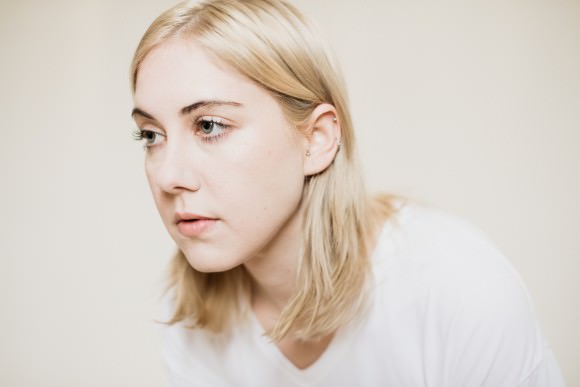 The 24-year-old musician Mackenzie Scott, otherwise known as Torres, hails from the state of Georgia. Her new record, Sprinter, which comes out next month, is a grim, personal exploration in religion, feeling lost, and sifting through your own past. It’s a rock album fit for moody cowboys and vampires alike, and you can get one of the first-ever peeks at the video for its title song here:

I recently talked to Mackenzie on the phone about the Dixie Chicks, spirituality, and refusing to fail (especially in New York).

In the song “Sprinter,” you touch a bit on your experiences with religion, particularly in terms of running away from it. You had a Baptist upbringing, and I’m interested in what moments in your life inspired this song?

There are a few experiences I pieced together in my head to write that song. The song is about me pursuing something far more real than organized religion. It’s also somewhat of an apology, I suppose. The mentality that really inspired it was me looking back on my past as a somewhat judgmental person in high school, and even early college. I’ve been on that side of things, as the person who was really scrutinizing and judging other people for “certain lifestyles,” or what I perceived to be certain lifestyles, political views— really anything. You name it, and I probably judged it. But I’ve also had just as much time on the other side of that coin, being the one who’s misunderstood or judged and who’s made out to be a bad guy in some people’s eyes. Both of those experiences inspired me while I was writing “Sprinter.”

Where does religion or spirituality fit into your life now?

I’m still a God-fearing person, though I’m currently not going to church. My faith never changed, though I believe that my parents think it has changed. [Laughs] I’ve expanded my worldview. I’m 24 years old—I thought I had it all figured out four years ago, and I thought I had it all figured out two years ago. Now I realize I didn’t then, and I still don’t, and I continue to know less and less about our universe. I think at this point, I’ve kept my faith, but in the context of, “I can’t know anything.” I’m a bit of a mystic now—a Christian mystic if you will.

I was raised on country music. My musical influence is church hymns, ’90s pop music, and country. I mean, ask me specific questions about country music history, and I probably couldn’t answer them—other than questions about Johnny Cash, who I love. He’s my hero. I was raised on the Dixie Chicks and Tim McGraw and Faith Hill—all of those ’90s country-pop crossovers. Country music tells a story, and I think more than anything my writing has been influenced by the song structure of country music. It’s a pretty predictable thing, the way that a country song is going to come out structure-wise, and I really appreciate that. It comes out looking like poetry. It comes out looking like stanzas. When I think about writing a song, I’m thinking in country: I’m thinking structure. There’s always that hook, the a-ha moment. [Laughs] It intrigues me that you can predict what the lyrical hook is going to be based on the [song’s] structure.

You moved to New York almost two years ago from Nashville, Tennessee. How has the transition been for you so far?

It has been the best thing I ever did. I wouldn’t say it’s been easy, but the transition itself was seamless. I’ve always wanted to live here, and I love it here. At this point in my life, I can’t see myself anywhere else.

Moving to New York can be a soul-breaking experience. Was there ever a moment when you thought, I can’t do this?

No, there really wasn’t. I was ready to be here for such a long time. I was ready to leave Nashville. I was feeling a bit suffocated, and I have been dreaming of living in New York for at least the past decade. And because of that, I came here with such a determination that I don’t think it would have been possible to even let myself go there, to Maybe I can’t do this. Failure wasn’t an option for me. [Laughs] Especially because my parents were like, “OK, we support you in this, but we couldn’t do it!” Getting that side-eye from everyone [at home] brought with it an element of proving myself. ♦