In defense of glamorous makeup. 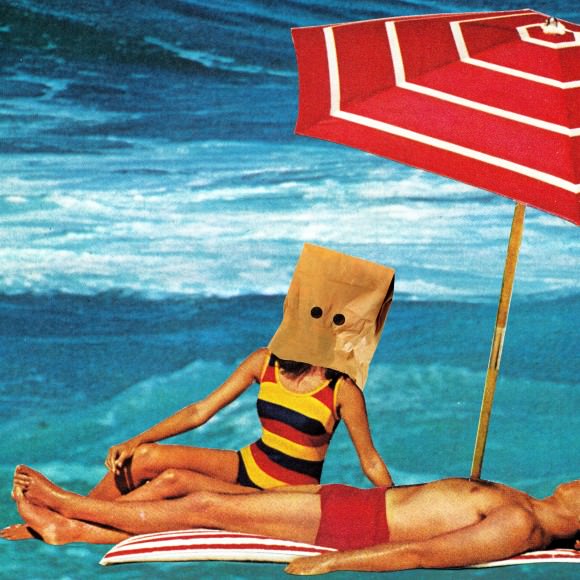 Nine hours into a flight from New York City to Sydney, Australia, I started to feel nightmarishly disgusting. I couldn’t sleep, so I decided to see what was showing on in-flight TV. That was the day I became head-over-heels obsessed with Kim Kardashian.

No matter what sort of chaos is swirling around her family, on Keeping Up With the Kardashians, Kim always looks effortlessly flawless. There I was, stuck on a 32-hour flight, completely bare-faced for the first time in as long as I could remember and feeling like disheveled, shameful trash, staring down at someone so remarkably beautiful that even now, I can’t remember the plot of the episodes I watched—I was too busy trying to figure out exactly what combination of genetics and airbrushing led her to look this way.

Kim’s face, it turns out, is made up every morning by her “glam squad” of professional makeup artists. Of course her skin is perpetually dewy, her brows on point, eyes bright and wide, jaw contoured. She looks completely “done,” but she also looks utterly natural, perfectly herself. The result is that, whether in an invasive paparazzi photo or an Instagram selfie, she’s unfuckwithable—from any angle.

Although I don’t have a glam squad, I do spend anywhere from 10 minutes to an hour in front of the mirror before leaving the house, meticulously applying product on top of product on top of product. I never go without makeup. The idea of going to the market, performing on stage, or seeing someone I’m dating without a full face on is implausible. In a desperate situation, I’ve been known to make up my face in a gas station bathroom, or in our tour van’s tiny visor mirror. This routine is just what it takes to make my face look exactly how I want, so I do it, every day. It’s a ritual from which I do not deviate.

People who fall in the feminine range of the gender spectrum are familiar with the pressure to be pretty. Everywhere you look, there are advertisements for products to fix your every “flaw,” dangerous potions and surgeries to make you thinner or curvier, your skin more even or tanner or lighter, your hair sleek or curly. It’s amazing to me that I live in a world with this many products at my disposal specifically designed to help me make my face look exactly how I want. That’s what makeup should be. If you want purple eyelids, so be it! But there’s also pressure governing how much makeup female-identified people use, and the ways we use it.

I learned about that second kind of pressure in eighth grade. I’d snuck into the bathrooms to apply a heavy coat of cranberry-red, almost-black lip gloss that I had bought behind my mom’s back, and that my friend Jonell assured me looked totally rad. It was dark and thick and shiny. It made me feel vampish and campy, serious and impenetrable—perfect for English class, where I would read out tortured poetry I’d written about P., a tall, dark, handsome boy, who was also in my class. I was in no way prepared for the peals of laughter that started the second I walked into the classroom. I was used to being stared at because I was tall and zitty, sad and weird, but I don’t remember another time that my social punishment felt so immediate or severe. That fucking lipstick might as well have been a felony. 10 minutes into class, I had wiped it all off onto the backs of my hands.

Young women are socialized to understand that makeup is OK, but only in subtle, well-executed ways, so its existence remains invisible. We’re supposed to be “naturally pretty,” which means not looking like you’ve spent an hour in front of the mirror, caring about your face. This contradictory demand circulates constantly. A popular meme shows a screencap from a makeup tutorial—an extremely glamorous woman has contoured her face, and wears visible lip-liner and long false lashes. The user-added caption reads: “If she shows up to your first date looking like this, take her swimming.” Similar memes shame and mock black girls who wear weaves. The implication is that people who choose to modify their appearance with visibly styled hair or makeup are not to be trusted, and that men are justified in feeling deceived, and in trying to learn ‘the truth’ about a woman’s appearance.

Then there’s the popular “Dear Girls” Tumblr meme, a photoshopped picture of a male model holding up a sign that says “Dear Girls, don’t be insecure. You don’t need makeup and nice clothes. You’re all fucking beautiful.” Though this handsome dude affirming my beauty seemed sweet at first, this meme is an example of flagrant entitlement. Thank you, sensitive dudes of the internet, for granting me this vacation from makeup! Maybe that’s why the dude in the meme is pictured in outer space—because the idea that “makeup and nice clothes” simply don’t matter is completely illogical here on planet earth.

Telling women they don’t “need” makeup doesn’t account for the fact that women are less likely to be employed when we don’t wear makeup, a fact that disproportionately affects black women. While it’s illegal to establish gender-specific dress codes, many women have come forward with lawsuits after their employers fired them for not wearing makeup, or for wearing their hair natural. Trans women who need to “pass” as cis, are accused of “lying” through their appearance, an accusation which often presents itself violently, and sometimes fatally.

Sticking to gendered norms is crucial to our ability to work and live, and yet the work we put in to meet those norms is as undervalued as women’s work in general. Looking at those memes, it seems like makeup is a problem when women appear to be dedicating time to themselves in ways that don’t directly benefit men. Getting up early to look “presentable” for work? Required. Spending hours on your face just to go to school, Starbucks and the gym? Vain, and probably stupid. Apparently, wearing makeup for yourself, because it brings you joy or makes you feel beautiful or happy or creative is a waste of time.

Last season on Keeping Up With the Kardashians, as Kim was entering her eighth month of pregnancy and preparing to give birth, she came under fire from her sisters, Kourtney and Khloe, for having the glam squad on call for her impending labor. Kim justifies this by saying that the first time she meets her baby daughter, she wants her to think her mother is beautiful—not for the paparazzi that follows her everywhere, not for Kanye, but for her daughter and for herself. Much squabbling ensues. Her sisters and sister-in-law push her to the point where she spends most of the episode, despite being harassed and followed around by the paparazzi, without makeup. She attends prenatal yoga and meditates, eventually conceding that she could stand to be a little less exacting about her beauty regime sometimes. And then, when she goes into labor, she gets her damn makeup done and goes to the hospital and has her baby, just like she wanted.

Makeup is important and awesome and magic and powerful, especially when using it augment your happiness and well-being. Everyone should be able to wear or not wear whatever makeup they want, at any time, all the time, without question! It is OK not to let the person you’re dating see you without makeup if you’re not cool with that, to never listen to anyone who tells you you’re wearing “too much” makeup or that you look better without it, and to feel more like yourself or ONLY like yourself when you’re totally made up—“natural” or otherwise.

You might be pulling multiple all-nighters studying for the chemistry midterm, working an after-school job you loathe, going through a rough time in your life—hell, you might be going into labor—but at least you can make your face look exactly how you want it to look. It’s a question of agency and visibility. Exactly what makeup you wear and how and when is unimportant—the point is, it’s your choice. Now get out there and face the world. ♦