The luxe looks and finery of Disney’s most princely monster. 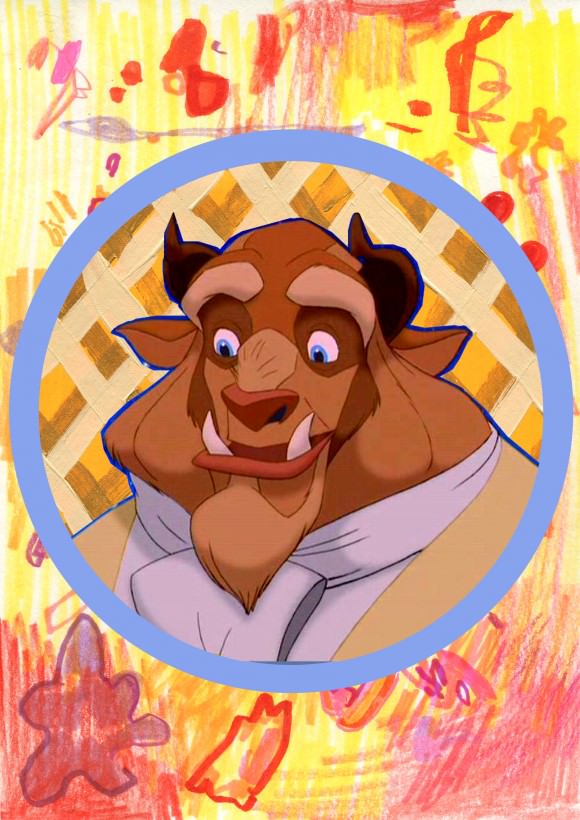 Transformation is a standard feature of fairy tales. Princes become frogs, and vice versa. Straw can be spun to gold. A mermaid loses her tongue and her tail, tries to exist on land with legs, and eventually dissolves into foam. All states are temporary and in flux; the existence of illusion and magic, and the ability to assume a completely new identity allows characters to become whoever they need to be in order to fulfill their collective destinies. A character can move from maid to princess, from asleep to awake, from wolf to wolf-in-grandma’s-clothing and maintain a very consistent and solid sense of self because that is what the story needs. Without changing states, no progress can be made.

Beauty and the Beast is a bit heavy-handed, as many fairy tales are, since they are typically designed to teach the reader basic morals. In this case, the lesson is that love transcends appearance, and that to judge someone on their looks is to miss the true essence of who they are. The story begins with a warning against vanity: A Prince is cursed to a life of monsterhood by a witch who believes he is cruel and vain. Since true love is the penicillin of the fairy tale universe, the prince, now living as the Beast, must prove he is worthy of love in order to shed his cursed state. 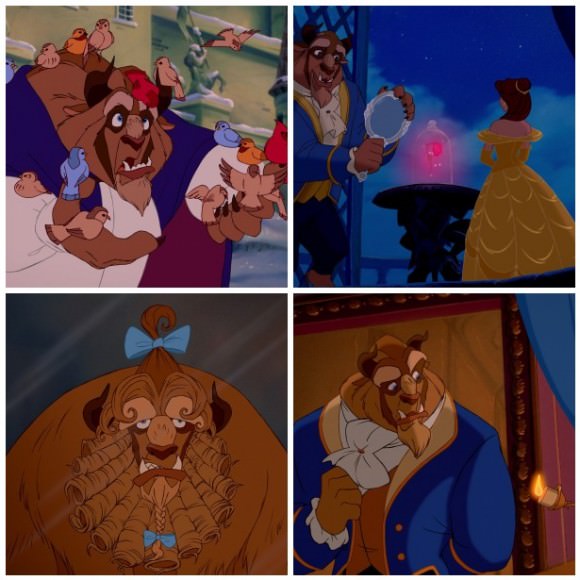 Screencaps from Beauty and the Beast, via Disney Screencaps.

Ashamed of his appearance and convinced that no one could ever love such a hideous monster, the Beast grows lonely and angry and becomes a virtual recluse, skulking about his castle and slowly losing all hope of ever regaining his former self. All of this is standard fairy tale stuff. But here’s where it gets interesting: When the Beast meets Belle, he allows his guard to fall, begins to see himself as more than just a cursed monster, and remembers that he is someone worth loving, regardless of his appearance. Best of all, the Beast likes himself more and more as he becomes comfortable around Belle, and his sartorial evolution makes him a Secret Style Icon. The more comfortable he becomes with Belle—and with himself—the more he takes pride his appearance. 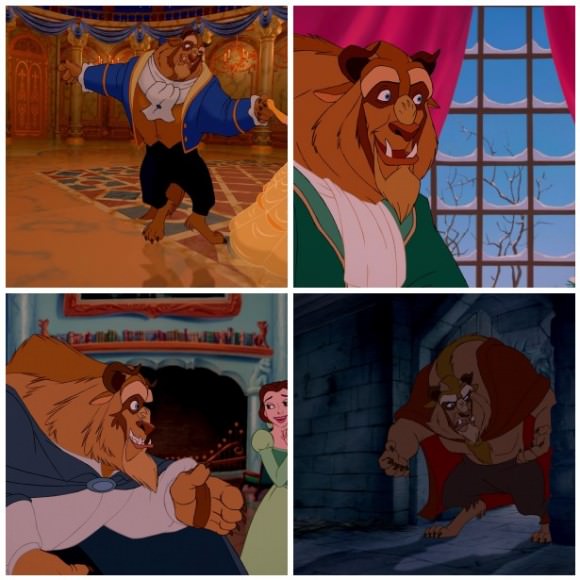 Screencaps from Beauty and the Beast, via Disney Screencaps.

The Beast spends a lot of time looking into mirrors. His magic mirror shows him what’s happening in the world, and the mirrors strewn about his castle reflect an appearance that he is uncomfortable with but trying to adjust to. His past life as a handsome Prince haunts and enrages him: His royal portrait is so slashed with claw marks that only the blue eyes remain intact. He spends his time hiding from the world and obsessing over the enchanted rose that holds his fate. If he finds love before it dies, he’ll be released from the curse. If not, he will always be a beast.

The Beast’s inability to enter the world in his current form provides interesting commentary on feeling trapped inside your own body—when you know who you are inside but the world can’t see it, or you aren’t allowed to express it due to forces beyond yourself. The Beast wants Belle to know HIM, as a person, and as he realizes he can do that—by trusting her, himself, and the idea that our selves transcend our bodies—he starts to appear more confident, dressing as the Prince he knows himself to be, regardless of how the rest of society views him. And his royal duds are so good! This is what the Beast would wear, because he’s a prince! But if you’re not on a princely budget you can pick up similar clothes in costume or thrift stores. 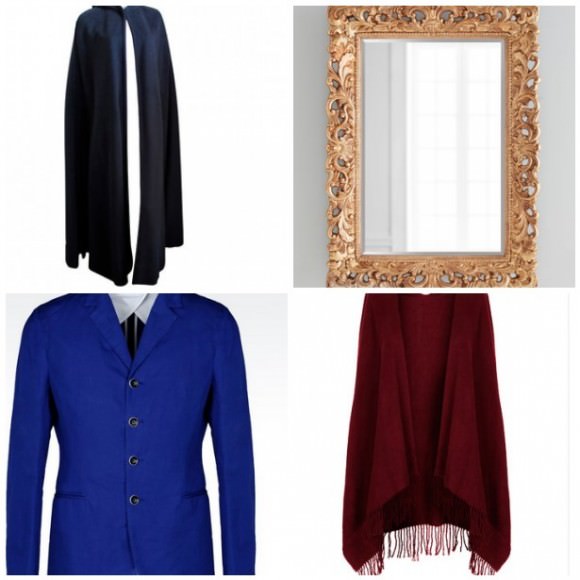 Can we talk about the Beast’s cape collection, please? Capes galore! Velvet capes! Wool capes! Capes for rescuing Belle from wolves! Capes for holding tiny birds! Capes for dreamy afternoons reading books and drinking tea! The capes help Beast maintain his royal demeanor while also giving him a quick way to hide, as his reclusive nature and his fear that others will fear him make him wary of being seen. Early on in the movie, Beast wears his hood up, but in later scenes, happily relaxing with Belle, the hood is down. He no longer feels the need to cover himself up. 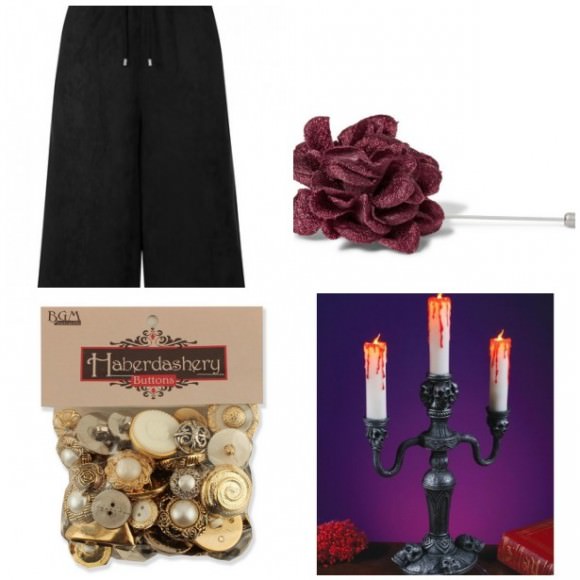 Beast also has a killer puffy shirt collection, a ton of gold buttons and brooches to adorn his royal attire, and, of course, the best (and possibly only) royal blue military tuxedo with gold lapels that has ever existed, which he wears triumphantly as he dances with Belle. I remember watching the film when I was maybe 10 and thinking, he’s so handsome because I, too, had fallen in love with the Beast, with his grouchy attitude and kind heart, and because I mean, he’s a total babe in that suit.

When my sister and I were little, we had both Belle and the Beast as dolls, and although you could take off Beast’s head and reveal the standard generic Disney Prince beneath, when we took it off, we still called him “Beast.” He was forever a prince, regardless of costume, and forever handsome, despite his name. ♦