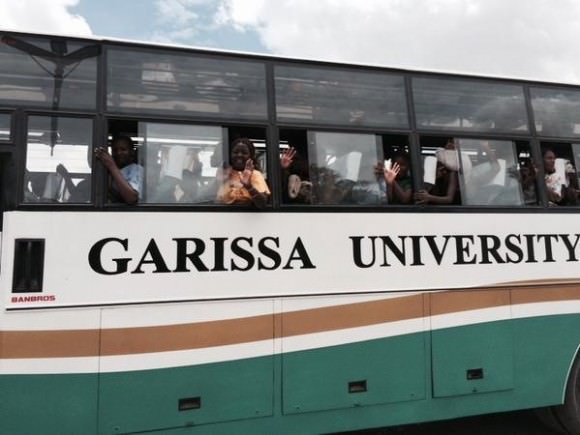 Photo of students waving and chanting “No more Garissa,” via Africa is a Country.

I am deeply saddened by news that at least 147 students at Kenya’s Garissa University College have been killed by the terror group, Al Shabaab. The attackers stormed the university early on Thursday morning where they took hostages and killed students. Al Shabaab has carried out attacks in Garissa, a small city in northeastern Kenya, in the past.

This tragedy hits close to home, and it’s difficult to understand how it could have happened. Some pieces have offered insight, like this report by Jina Moore, who is in Garissa speaking to survivors of the attack. The blog Africa is a Country has a roundup of links that offers some context for the events in Garissa. And in an interview with Democracy Now, Leslie Lefkow of Human Rights Watch warns against the scapegoating and abuse of Kenya’s Somali population that has historically followed events like those on Thursday.

I’m thinking of all the families of the deceased: how hard they have worked to give their children an education, how much hope they have invested in their futures, and of all those students who woke up to what was supposed to be a regular school day and were met with horror. May they rest in peace. 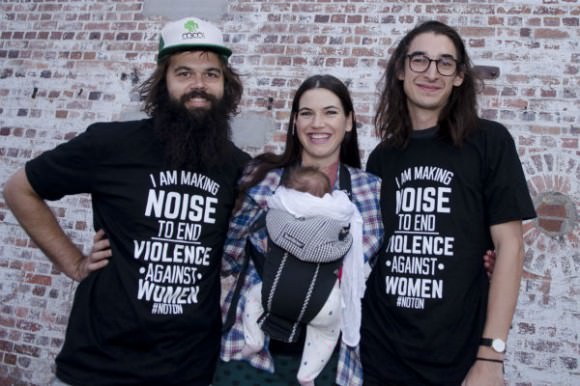 More than 50 Australian musicians pledged their support to “Not On,” a campaign to raise awareness about violence against women. The campaign is supported by the charity White Ribbon, which runs programs in schools and workplaces about domestic violence in Australia. It’s also gained the support of artists including Courtney Barnett, Alpine, the Church, and Violent Soho. I’m really proud that this creative community is making such a strong statement and hope this awareness-raising leads to action, conversation, and funding for charities that support survivors of domestic violence. 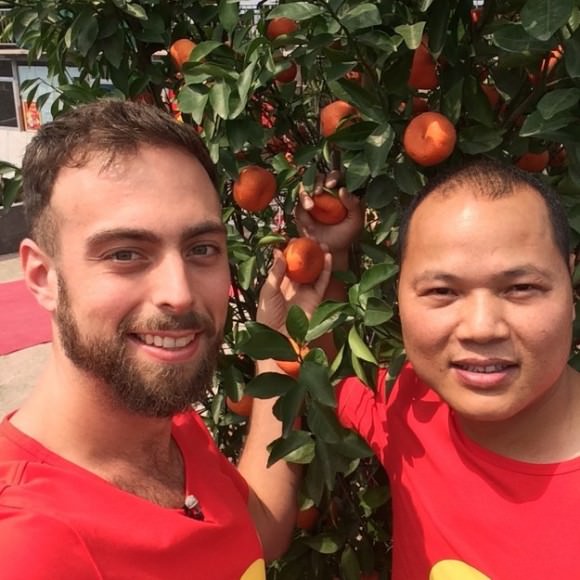 Photo by Quingqing Chen via BuzzFeed.

In February, photos of a man in front of an orange tree began showing up on Matt Stopera’s new iPhone. Turns out that Matt’s previous phone—which had been stolen months earlier—had wound up in the hands of a stranger in China. The stolen phone was still connected to his Photo Stream so pictures taken on both devices were shared with the other—file under REASON #45879 THAT I DO NOT TRUST “THE CLOUD”! The tale only gets better and more bizarre, and Matt Stopera wrote an exhaustive and touching account of his experience for BuzzFeed.

Illustrations of Zayn Malik and 1D, via BuzzFeed.

The One Direction fandom had it tough this past week, but we’re getting through it together. Mackenzie Kruvant wrote about the intensity and importance of the support and community she’s found as a fan of 1D, and how the fandom comprises a worldwide network unlike anything that’s existed for bands in the past. I relate so hard to her feelings about the way Zayn’s departure was discussed in most mainstream media:

The internet was filled with media outlets making news out of fans’ reactions, showing the world how a collection of underage girls they picked off of social media are “insane” and embarrassing […] But being upset about Zayn leaving One Direction doesn’t feel like an overreaction. Something that I’ve loved and dedicated time and energy to has come to an end, and I’m mourning that. And it’s not just the band that has changed: The relationships that I’ve created around this fandom will now shift slightly as we all try to figure out what will happen next.

The fabulous FLOTUS Michelle Obama, was on The Tonight Show with Jimmy Fallon, where she talked about how how her teen daughters Sasha and Malia listen to music with curse words! The First Teens also taught their dad (THE PRESIDENT OF THE UNITED STATES), about group texting over the dinner table, and when he didn’t quite get it, Malia called him “detached.” The First Family: they’re just like us!

BONUS: The First Lady performed part two of Mom Dancing. You can watch it above, it involves an impeccable conga line. 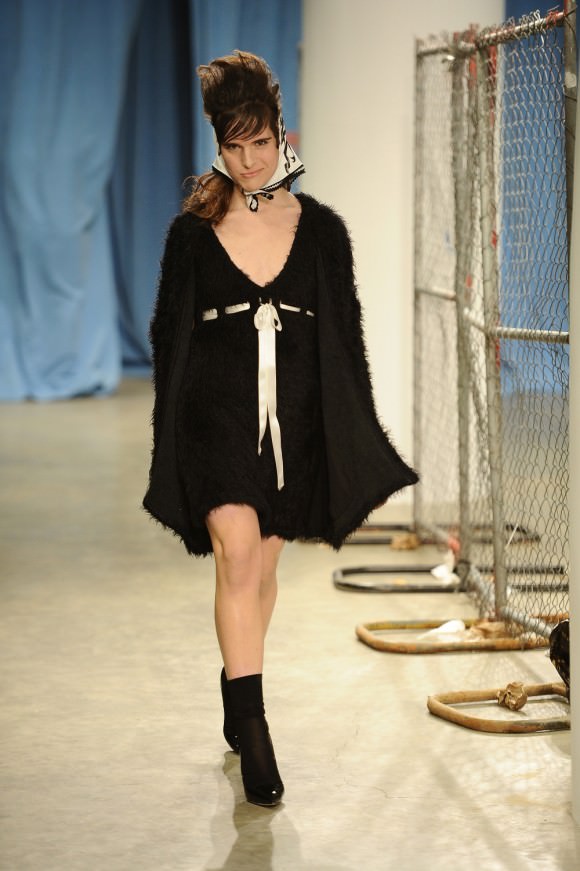 Dazed Digital published a feature on rising stars who are bringing much-needed diversity to the fashion industry. According to this piece, the success of models such as Winnie Harlow and Hari Nef demonstrates that diverse representation in media isn’t a trend but a movement. The piece also discusses the campaign to #DropThePlus from the term “plus-sized modeling.” 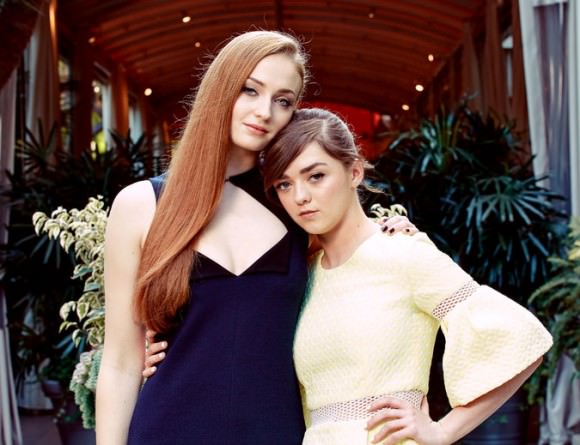 Photo of Sophie Turner (left) and Maisie Williams, by Emily Shur for the New York Times.

I loved this interview with Sophie Turner and Maisie Williams, who play Sansa and Arya Stark on HBO’s Game of Thrones. The teen actresses—who are also BFFs—talk about the difficulty of maintaining a long-distance friendship when they’re not on set together, and about the challenging new roles they’re taking on. 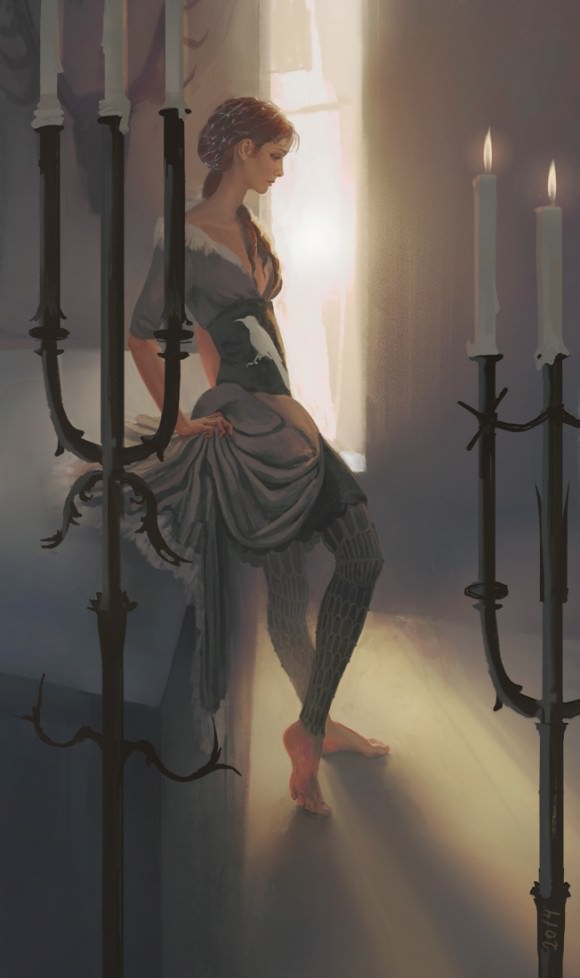 And speaking of Game of Thrones, George RR Martin, who wrote the books from which Game of Thrones is adapted, released an excerpt from The Winds of Winter, the sixth book in the series. The chapter is told from the point of view of Alayne Stone, who has blossomed into a total powerhouse. 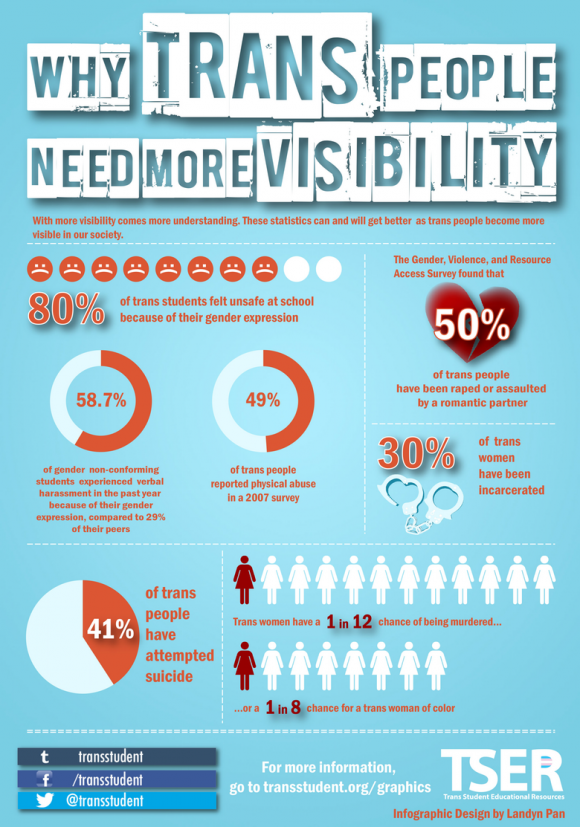 Graphic by Landyn Pan, via GLAAD.

Tuesday was the sixth International Transgender Day of Visibility (TDOV), and Instagram, Twitter, and Tumblr lit up with beautiful selfies, and lesser-known histories of trans activism. People were also sharing statistics about the dangers that trans people face. As well as creating graphics like the one above, Trans Student Educational Resources has a website filled with resources for trans teens.
Meredith

The trailer for Amy, a documentary about the late singer Amy Winehouse, directed by Asif Kapadia, was released this week. Winehouse’s stratospheric rise to international stardom was bisected by mental illness, addiction, and an abusive marriage. She died at just 27 years old. The trailer for Amy shows haunting footage of Winehouse in her early years, admitting that stardom might be the worst thing for her. The film will be in British and US theaters this summer.

Samuel L. Jackson in Pulp Fiction, with and without his “Royale with Cheese”, via Dazed Digital.

From the files of “Things That Make Me Ugly-Laugh”—A Tumblr called Gluten-Free Museum edits celiac-triggering foods and ingredients out of great works of art. The goal seems to be to make art history accessible to all—including those of us with food allergies. At first, I questioned whether this was seriously trying to draw attention to dietary allergies or just trolling super hard. Then I got to the screenshots of Samuel L. Jackson in Pulp Fiction minus his famous Royale with Cheese, and I didn’t break out in anything except laughter.
Savana 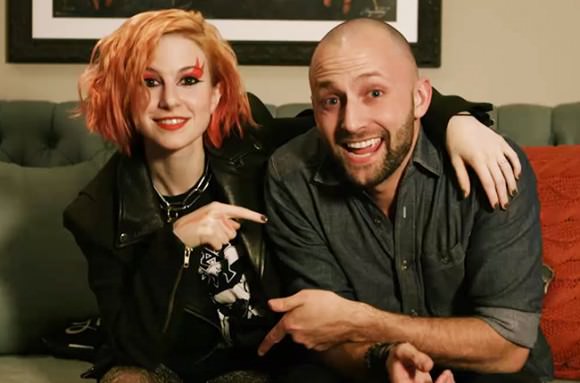 Paramore frontwoman, Hayley Williams, has collaborated with her longtime friend and makeup artist, Brian O’Connor, to create a web series called “Kiss Off!”. The project aims to teach young people (and everyone else!) how to use makeup and beauty as sources of self confidence. It’s really awesome to see someone with so many young fans promoting healthy self expression! I can’t wait to try out some jazzy new makeup looks and dance around my room to “Misery Business.”
Alyson

Best Coast’s new song, “Heaven Sent,” from their new album California Nights, is an entrancing combo of simple lyrics and soul-massaging meloody. The video is super romantic, with lead singer/resident goddess Bethany Cosentino front and center, and loyal guitar-hero sidekick Bob Bruno rocking out in the back as rose petals shower the set. Sigh. Best Coast, you are heaven sent. ♦