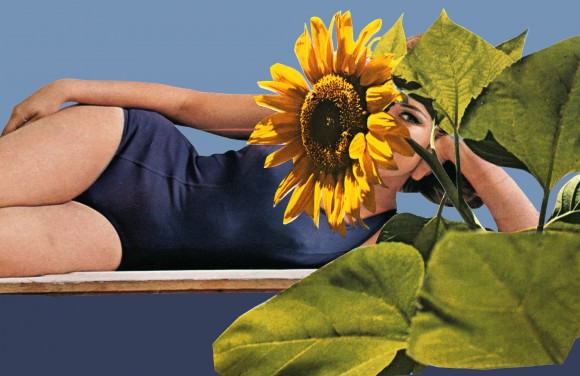 I wasn’t used to getting attention as a teenager. I was mostly stuck in my head, where it was hard to decipher what was reality and what wasn’t: I spent as much time composing scenarios using my imagination as I did having actual interactions. Long solitary walks were my main form of exposure to the outside world. I felt quite plain, without much of an identity except through the books I read. I felt more of a connection with them than people.

When I began to mature and actually look like a woman rather than a child, men started to glance when I walked to and from park benches. Depending on my mood, this reaction to my appearance could frustrate or delight me. I couldn’t predict how it would make me feel, whether I’d be ready for it. How was it possible, I wondered, to enjoy something and dread it so simultaneously? I felt partly uncomfortable from this newfound attention, especially if the men were significantly older, or when they actually tried to speak to me, and partly that I finally had confirmation of my existence. It added to my sense of being: feeling I had a physical presence rather than being some kind of detached spirit, floating about within the confines of my room. Being physically noticed was a break from the concerns of my mind. It was nice for what was going on inside to not matter.

I encountered a piece by the artist Barbara Kruger around my loner-time: a black-and-white stone profile of a woman bordered by red, with the words “Your gaze hits the side of my face” emblazoned down one side. I interpreted it to mean the physical feeling you get when you are conscious of someone looking at you. I had an investment in romance: A lot of my daydreaming had to do with another human loving me in a way they wouldn’t love anyone else. I thought that what I was searching for, ultimately, was the romantic gaze. l printed out the Barbara Kruger quote and stuck it on my wall because I thought it represented that kind of ultimate affection, like in Before Sunrise, when Julie Delpy’s character, Celine, says, “I like to feel his eyes on me when I look away.”

I was desperate to be noticed. It seemed like such a romantic gesture—to turn someone looking at you into a physical manifestation of interest, admiration, or longing. The times I tallied a guy from the boys’ school across the road lingering slightly longer over my appearance held a certain significance for me—the possibility of the unknown; the romance I hadn’t experienced yet. When the majority of the time you feel lonely, being noticed can be just a Someone is looking at me…wow feeling. It made me spark with excitement, but it never lasted long enough to pacify me completely—so I reached for that feeling again and again, and went for more and more walks.

It wasn’t until I was older that I realized my favorite Barbara Kruger piece could be interpreted a very different way. I decided it was more likely that it expressed the violation and violence that women are subjected as object of the male gaze. The male gaze is perpetuated throughout culture and assumes all consumers are straight men that want to be able to look at the female body in a mostly sexual way, making her simply an object rather than a fellow human being. An object has no feelings or emotions, which makes looking a supposedly harmless or guiltless activity. Laura Mulvey wrote about how film often displays the woman as a sexual object in the 1975 essay “Visual Pleasure and Narrative Cinema,” enabling the male gaze to “project its phantasy onto the female form.” This made total sense to me and explained the odd feeling I had when I was glued to the music channel as a young girl and noticed that sometimes, the men were fully clothed and singing, whereas the women were lesser clothed background decoration. They existed as part of the furniture, but I knew they were human too. But it couldn’t be all bad if the women consciously chose to be there.

In John Berger’s Ways of Seeing, he examines the tradition of objectifying women in European art. What is most striking when this history is looked at is the sheer amount of nude women, painted solely for men’s pleasure:

Men look at women. Women watch themselves being looked at. This determines not only most relations between men and women but also the relation of women to themselves. The surveyor of woman in herself is male: the surveyed female. Thus she turns herself into an object—and most particularly an object of vision: a sight.

I don’t have much control over being seen, only how I am seen. Even I don’t have the will or energy to do anything to my appearance and just roll out of bed, I am aware of the fact I may still be looked at. I have experienced both sides: being unnoticeable versus being “an object of vision: a sight”—I experience it still now, going to buy milk in my PJs versus making an effort. Neither side is particularly enviable: You are either ignored or painted into a perfect fallacy. But, sometimes, I don’t find admiration from strangers intimidating or intrusive. It is possible, I believe, to be admired without being objectified. The unspoken chemistry with a person my age, sitting across from me on the train, the sneaky glances and the sense that you both know that you are both intrigued is perfectly acceptable, consensual, and exciting. But in a world so static with the consequences of men holding power over women in almost every situation, it can be such a fine line. I have so often experienced some sort of male-led interaction in the street and laughed at it, wondering with my friends later, “Was that OK?” Once, on a cold walk home from my friend’s in the dark, there were a couple of guys heading away from a pub, and one began to pee on a wall. I smirked as I walked past and he said “Sorry! You would be able to see it if it wasn’t so cold,” and then waved goodbye as he crossed the road. I laughed. But later I wondered again, “Was that OK?” When does a compliment become a form of harassment and when does being noticed become dangerous? There are no explicit rules to what is acceptable. The fact that I laughed in this instance, that I didn’t feel threatened makes it seem all right, but another person could have felt deeply uncomfortable.

As validating as it felt to receive more attention, it wasn’t as romantic as I’d hoped—sometimes, I did feel threatened. I became a talking object to men who felt like they had a right to my body—to grab my waist in a club or force me into a hug. Once while jogging along the canal path, I was shocked by a slap on my leggings-clad arse by boys cycling past. I fought the raging desire to throw their pathetic little bikes in the water and walked home completely dejected. There was an imbalance between me and any male who dared to wolf-whistle. It felt menacing: I knew the physical strength of many men as compared with mine would make it hard to fight if I needed to (although this is obviously not the case for all girls, who are capable of being just as strong as, if not stronger than, guys). This, of course, I did not enjoy. This part of our cultural conscious makes me writhe with anger: It’s 2015, and men still act like women owe them attention, a response, or even ownership of their body.

The way I view my body and persona fluctuates depending on my mood. Sometimes I see it as a collection of mechanical functions, making sure I breathe, my heart beats, that I digest my food and produce antibodies. Sometimes I view it as a collection of body parts only: my sizeable breasts, skinny hips, and long limbs. Sometimes I love to watch myself, and so I don’t mind if others enjoy it, too. Depending on the circumstances, being shouted at in the street can put me in a foul mood, but so does getting no male attention at parties. If I am in the mood to be looked at and no one complies, I get annoyed. But I also want to be seen as an autonomous being, someone with a mind, a sizeable intellect, with passions and pleasures. If I am just being passed on the street, it’s pretty much impossible to dwell on my internal life. So a glance is sufficient; a glance can make me feel powerful. But “to feel his eyes on me when I look away” isn’t what I look to for fulfillment anymore—I want the way I look to not be all there is, but to signify what lies beneath. ♦