It Seemed Like a Good Idea at the Time

Lavender satin capri pants, and other things I won’t regret.

Are You My Mom? 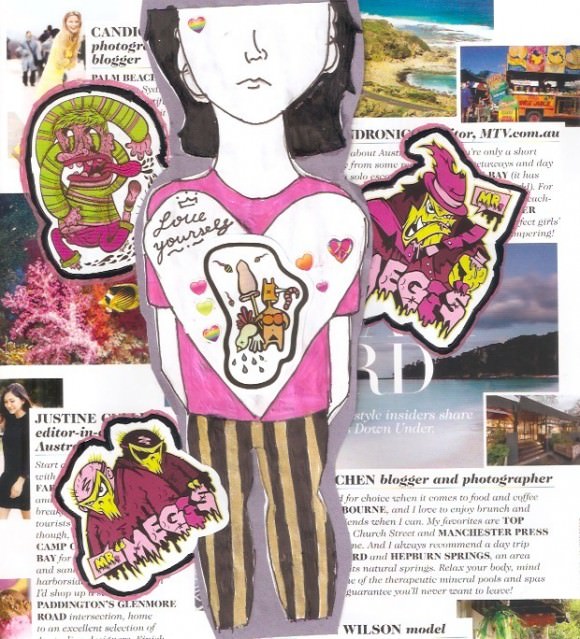 Over the course of my existence, I have owned some truly heinous pairs of pants: ones with bad cuts and awful patterns, and made of materials that would have looked better on someone’s grandma’s couch from 1975 than on my thighs. When I bought said pants, I thought they were the greatest and that I looked amazing in them, and nobody could have told me otherwise. Time and photographic evidence tend to add clarity to sartorial decisions, and now, when I look at pictures of myself in—oh man—lavender satin capris—I still cringe a bit, because I can’t imagine being the girl who thought those pants were a good idea.

But that’s the thing: bad pants aren’t always “bad pants.” Back then, I really did think they were a good idea, and they were beloved because they represented who I was. But the things we cling to and identify with are ever-changing, and it didn’t take long for me to get bored with the infamous capris, and then disgusted by them, and then totally embarrassed that I’d ever been seen in public wearing them. It wasn’t just the pants I was grossed out by—it was my entire being. The pants were just another example of how I made dumb decisions, how I had terrible taste, how I was a loser and a dork and forever uncool and all sorts of other lovely things I beat myself up over. It was impossible for me to give myself a break.

I spent a good portion of my teens apologizing for and being embarrassed by former versions of myself. I was the first one to make jokes at my expense—before anyone else could, naturally—and I carried around a great deal of guilt and self-loathing because I’m a perfectionist by nature. For some reason, I’d convinced myself that everyone else was evolving beautifully and without flaws, while I was fucking up left, right, and center. I’d get sick to my stomach in the middle of class thinking of some dumb thing I said years before. I’d find a poem I’d written when I was younger and feel so embarrassed by both the quality of the writing and the subject matter that I’d start hating myself for not doing the “right” things when I had the chance (I once found some sonnets that I composed for this boy I was in love with and wanted to dissolve into the carpet upon reading them, they were so bad). I didn’t view any of my decisions—whether they were sartorial or emotional or creative—as honest and true to the person I was in that moment.

It took me years to understand that the cycle of falling in and out of love with things—with a version of yourself, even—can be a lovely thing, and crucial in helping you figure out who you really are. The key is to be forgiving while you’re in your transformational cocoon, trying to figure things out as you change and grow. If you spend all of your time, like I did, focusing on how awful you think you are or how disconnected you feel from yourself, it’s hard to move forward and latch on to whatever version of you is coming next. It’s a lot like falling in love: You can’t even come close to doing it again if you keep focusing on the person who just broke your heart.

It’s super hard to be kind to yourself during weird transformational periods, because everything just seems wrong and there’s no clear way to fix it. You can’t relate to the same music, or the same books, or the same style—you may not even recognize your own handwriting or the sound of your voice. You might feel like a ghost of yourself, and that there’s no coming back from that kind of confusion, which makes it easy for depression and anxiety to creep in and make things worse. I can’t even tell you how often I’ve felt this way: lost and disconnected and frustrated beyond belief. Until a few years ago, my response was always to go negative, to blame myself for getting lost and spend hours panicking that I’d never find myself again. I invested so much energy into grabbing at an outdated identity—like a snake trying to crawl into already-shed skin—that I forgot how exciting it could be to form a new one.

Self-destruction is the opposite of self-creation: The former is a bully in your brain that will try to stop the latter. It is much easier to be horrified by your past decisions than to embrace them, much easier to mock yourself than to forgive yourself. But doing the hard work—being kind to yourself and treating old versions of yourself not as embarrassing fuck-ups but as flawed, lovely humans who were doing their best—will not only help you get a better sense of who you are, but also will give you an idea of who you’d like to be.

It can help to think about it in terms of pop stars and their “eras”: If life is a serious of major album drops, you get down time, when you change your look, and your sound, and maybe even your entire persona. That quiet period between records—when Beyoncé or Taylor or Rihanna fall out of the spotlight for a minute, only to reappear sounding and looking and being different but amazing—is the incubation phase, when they get to reflect on their identities and try to come out swinging with new or, at the very least, evolved ones.

Remember that you are a lovely, weird thing that makes mistakes, just like everyone else on earth. (I can guarantee that Bey, Tay, and RiRi all have plenty of “bad pants” in their pasts that they wish weren’t so readily available on Google.) Who you were is history, a shadow that you can decide how to deal with: You can either let it darken the place you’re standing now, or watch it bend and grow and change shape as it trails behind you. ♦