I was never the girl in that Weezer song. 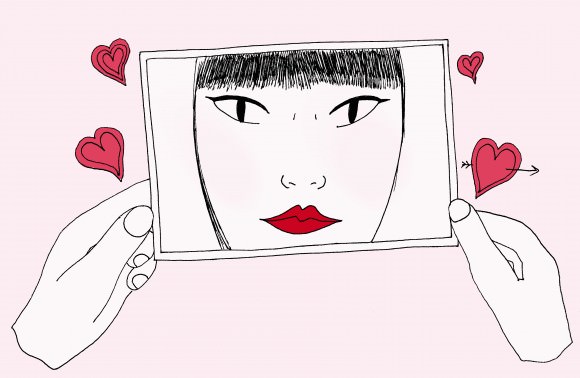 I used to joke that I peaked in fourth grade when three boys from my class were supposedly going to meet after school and fight over me.

“No big deal,” I had said to my friends, who went around collecting bets on who would win my love.

In my heart, I knew it would happen again and again. I went to a public school in Queens, New York, where most of the kids who attended were Asian, Latino, or Middle Eastern. There were plenty of girls who looked like me, and even though none of us looked like we were going to grow up to become any of the women on the covers of magazines or in our favorite TV shows, it didn’t matter. Our little world was all we knew, and as far as I knew, I was a babe and I was smart and I was funny and I had the best fucking clothes and I could dance like a boss, and I charmed the hell out of everyone who ever met me, and most of all, I liked myself. I liked myself immensely, and I couldn’t imagine wanting to be anyone else.

Five years later, my family moved to Long Island, and I was going to a middle school and then a high school that was attended by predominantly upper-middle-class white kids, and I had come out of puberty battered and depressed by the realization that someone like me (aka not a white girl) was rarely included in the examples of female beauty, something I so yearned for—to be a beauty, to be a great beauty. I was convinced that I was hideous, disgusting, and deeply, exceptionally unloveable. That my best shot at love was tricking someone into it or offering them something of inarguable value that would make up for my inferiority, my inherent lesser than-ness.

I was a pariah in middle school, and when I used to tell the story of how and why that happened, I focused on me as an individual, that there was just something about me that the other kids didn’t like. I tried not to mention my suspicion that being one of two Asian kids in my entire grade, and the only Asian girl in my class, might have had something to do with it. I tried not to dwell on how my school was segregated as hell, how all the rich white kids just so happened to be the popular ones, and at the bottom of the social hierarchy were the black kids, the Latino kids, the immigrant kids, the kids who came from working class families, and the kids with disabilities, the kids whose bodies did not conform to the thin, able-bodied standard of beauty, the kids whose gender and sexual identities were suspected to be not cis and not heterosexual. The hierarchies at my high school hewed closely to the racist, classist, xenophobic, homophobic, transphobic hierarchies in society at large, and yet I felt shy about making that connection, afraid whoever was listening to me would think I was just another whiner, another self-professed victim who blamed everything on race and gender and structural oppression in society instead of just accepting that maybe it was simply me, no other context needed except that I simply sucked. It was far easier to frame my high school experience as just the story of another weird girl who didn’t fit in and lived to tell the tale.

And as far as this particular tale goes, I tried to reclaim and re-appropriate how much people seemed to hate me by becoming The Ultimate Freak. Becoming The Ultimate Freak put me pretty far from being A Great Beauty, but at least, I told myself, I wasn’t totally powerless. At least, I was in control of my own identity. I told my own story, which is something I still fight for in my life—the right and power to name myself before someone names me (or misnames me), to insist on seeing myself first and to claim the sanctity of my inner world against how I am seen and spoken of and spoken to in the outside world.

So many times I have had to recoil and retreat to the safety of my inner world when someone has asked me, “Are you Chinese or Japanese?” or when someone shouts, “Ni hao! Ni hao! Konichiwa!” at me for six blocks, following me as if entitled to my smile and my gratitude. Or times when someone has insisted, “You hardly even have an accent!” and actually expected me to receive it as praise. Or times when someone has tried to compliment me by saying, “You’re very different from most Chinese people. You don’t see much creativity and individualistic thinking coming from the Chinese.” Or times when I know I am truly invisible because someone blithely says to me, a Chinese girl, “I would never date a Chinese girl. They’re too demanding and superficial and only care about money.” Or the time when I endured an entire dinner party with a woman who kept going on and on about how China seemed like a “really scary place,” and how the Chinese government was “churning out math and science robots” and all I could think of was how scary America was to me as I sat there, silenced by this white woman as she subjected me to monologue after monologue about how evil the entire Chinese race was—the kind of fear-mongering rants about yellow peril that felt ripped out of the Chinese Exclusion Act of 1882. And then there are those times when someone has insisted that I was that other Asian girl, times when someone has called me by another Asian girl’s name and referred to us interchangeably. Time after time, when I have had to remind myself that even though I know just how other people see me, I won’t submit to seeing myself that way.