You don’t have to understand what it’s like to be me. 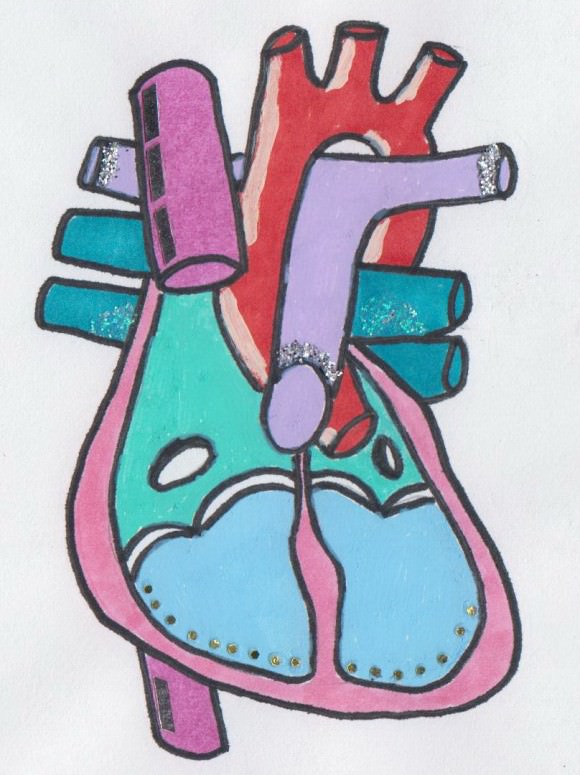 How did empathy, of all things, become something I hate? I used to think empathy was the all-purpose cleaner for social ills. I thought that if I could just muster up enough compassion and care for others, I could solve any conflict. Empathy was first defined for me in class, where teachers brought it up as a way to resolve disputes between students. I was supposed to use empathy not only to understand my classmates, but also to connect with the overwhelmingly white protagonists in the novels I’d been assigned to read at home. Empathy seemed like the easy fix: If we could just understand one another, conflict wouldn’t exist and oppression would evaporate.

Over the past few months, I’ve had empathy thrown at me on social media and during offline conversations, not as an extended hand of love but as a silencing tactic. I’ve heard a billion variations of the same tired message: I’ll make my case against a straight cis white man with toxic opinions about trans people, and the people watching the conversation unfold will tell me, “Maybe he was just brought up this way, you really can’t blame him.” Why can’t I understand that white men are only human? That they are flawed, like all people, and that they deserve patience and kindness? Why can’t I just give him some of that universal empathy—everyone deserves empathy, right?

In an ideal world, everyone would have equal access to empathy, but empathy, like equality, is one of those utopian values that operates within the systems that reward some people at the expense of others. We can’t talk about empathy without talking about how systems of oppression influence who gets empathy and who doesn’t. And we can’t demand that empathy be given to all people while ignoring the fact that some people are still denied their basic humanity.

The world works in ways that make it much easier for white people to receive praise, mercy, and other forms of generosity. This shows up in the ways that white people, (and non-Black people of color who sometimes have access to white resources), have their freedom spared and their humanity preserved, even when they commit terrible crimes. Crimes committed by white people are seen as isolated incidents, despite the fact that white people make up most of the leadership of corporations that commit large-scale violence on marginalized communities through environmental pollution, prisons, and outright murder. The majority of school shootings are perpetrated by white men, but we have yet to see white communities being policed as if whiteness is criminal by default. When white or white-passing people commit terrible crimes, they are treated with empathy by mainstream media, who search for reasons to “understand” what went wrong with the shooter as a kid. Proximity to whiteness, and other privileged identities, means access to empathy, even when you’ve committed the most heinous acts of violence.

The emotional lives of white people, whether expressed through music, film, or otherwise, are treated gently and polished often. White people have, in other words, the benefit of being seen as fully human and therefore most deserving of empathy. I still cannot forget how angry I was after seeing international leaders march hand in hand after the Charlie Hebdo shooting while there was not nearly the same performance of support and solidarity during the Black Lives Matter movement. This was the most glaring example of why #BlackLivesMatter was necessary and how the humanity of Black people was being deliberately denied. And when I posted a comment about this on social media, a white man scorned me for not having enough empathy for those slain in France.

For those living in the margins, empathy arrives—in crumbs—only when someone finds a way to attach a marginal issue to privileged people. To make feminism appeal to men, women call themselves “sisters, daughters, mothers, and aunts” of men, rather than people who are under attack by patriarchy. They are forced to ask “What if she was your mother?” rather than “Why can’t you see her as her own person and acknowledge her pain on her own terms?” The women, and their experiences, become an afterthought. Their voices are only heard when they can prove that feminism will help men too. They are displaced from the center of their own fight.

The same goes for representation in films. Marginal narratives like those of trans people are stolen and glued to Jared Leto or Eddie Redmayne. Our pain draws empathy only when people can avoid confronting our bodies and seeing us for everything we are. We are only appealing to audiences when we fit the script of helpless trans people needing to be saved or when our narratives are plastered on an actor deemed more human. We are forced to cater to “relatability” because if the privileged can’t relate to us, then we may as well not exist at all. Our pain draws empathy when we are disembodied and made invisible.

As a brown-skinned, queer, and trans Asian millennial, empathy is often out of my reach. When I voice concerns about being a person of color at a predominantly white college, white students criticize my tone instead of addressing my concern. When I demand that trans roles in movies be given to trans people, I am dismissed as asking for too much.

I used to blame myself when people neglected to give me the empathy they offered others. I thought that maybe it was my tone, or that I was too assertive, or that it was just me. But as my support system of people of color grew, I learned to recognize my worth. I understood how growing up in a culture where white people were the only people I saw being celebrated, where straight people were the only possible role models, and where trans people were topics of discussion only as corpses rather than as people, had made me so used to being erased. Without even realizing it, I prioritized others with more privilege than me, and began to erase myself, too. I would sweat to make myself as physically small as possible in public spaces, so that they could expand and fill up the world with their presence. I’d become quiet in political spaces, out of habit, to let them voice all of their biases without pushback. I had become used to my own ideas and experiences being painted as invalid, imaginary, hysterical, and exaggerated.

My community of people of color showed me that if I mirrored the lack of empathy with which society treated me, I would continue to hurt myself, and talk about myself with more hatred than love. It has taken me 19 years of life to realize that I do deserve respect, that I do get to narrate my life and my body and my history. I learned to take care of myself. But the burden should not be on me to shift my thinking; it is the responsibility of those with more power—on this uneven playing field—to call for an empathy that falls in line with justice.

I don’t want to know if you can understand what it’s like to be me. I want to know that you will give me the due respect despite your inability to understand.

If you can only empathize with me when I fit a pre-packaged narrative about queer and trans people of color, or when my narrative is filtered through a white male body, please keep your empathy away from me.