Is there a better way to embrace spring’s sunshine than sitting down with a sewing machine or a needle and thread to make a fashionable li’l DIY color-block tank top? Probably, yes—but I’m going to show you how to make one anyway, because it’s fun! With this tutorial, you’ll be breezing around (indoors or out) in a new shirt in no time. Let’s go! 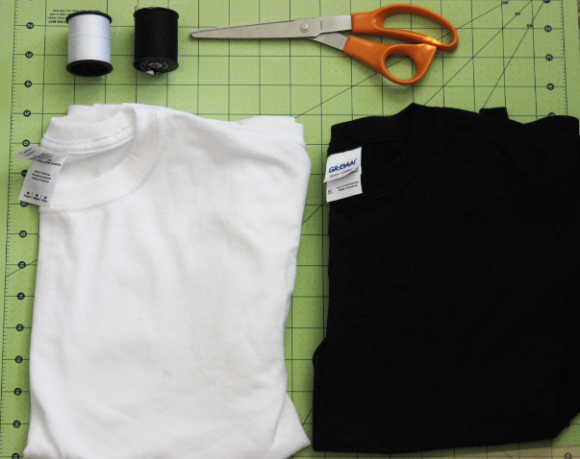 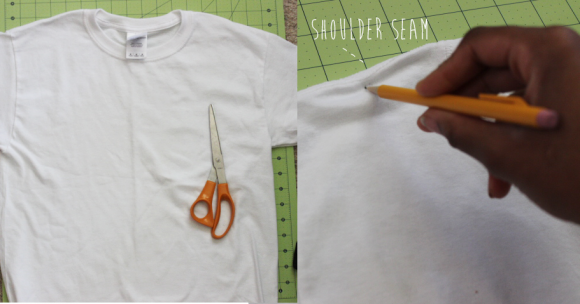 Lay one of your shirts out on a flat surface. Starting about two inches over from the left side of the collar, use your pencil to mark a curved line from the shoulder seam to a spot about two inches below the sleeve’s armpit, like so: 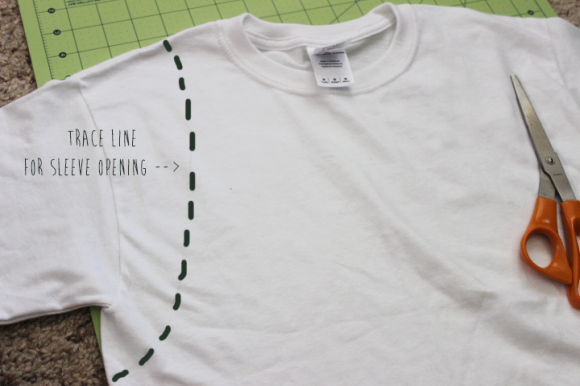 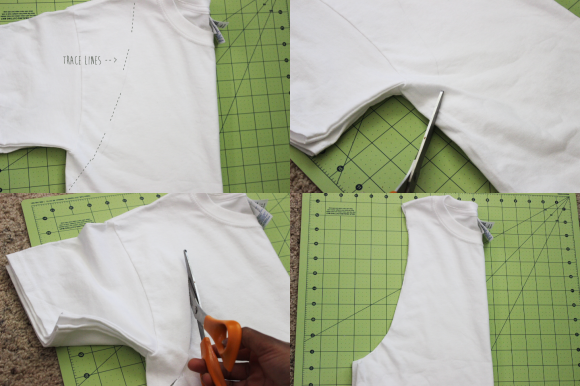 Fold the shirt in half, and cut through both sides of the shirt using the line you made on its left side as your guide.

Open the shirt and cut off the collar. 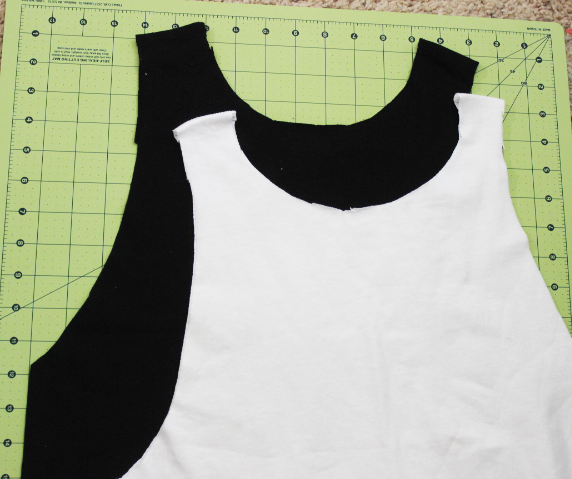 Repeat Steps One through Three on the other shirt. Now you have two tanks! 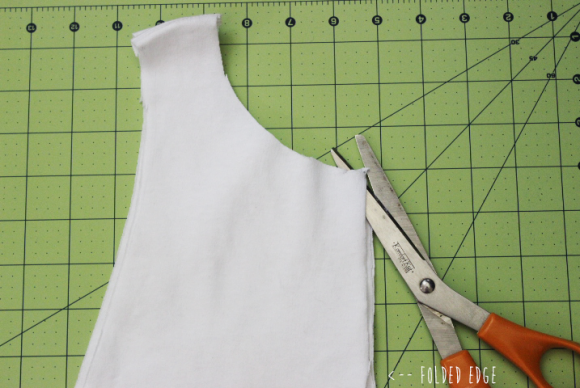 Fold each tank in half (lining the edges up as closely as possible) and cut through the length of the center fold so that you end up with two half-tanks per shirt. When you finish, you’ll have four total: 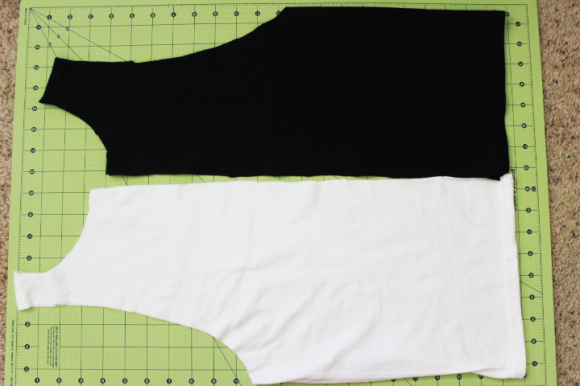 You only need two, but if you mess up—or want to make a matching top for a friend—you have two extra/more! 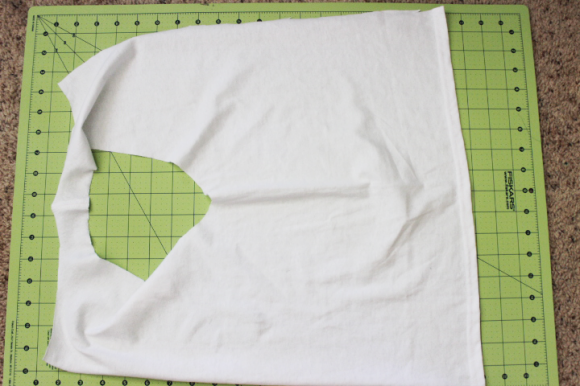 Open up a half-tank (they should look kind of like lobster bibs) in your first color so that the outside—the part that would show if you you were wearing it—is facing the sky. 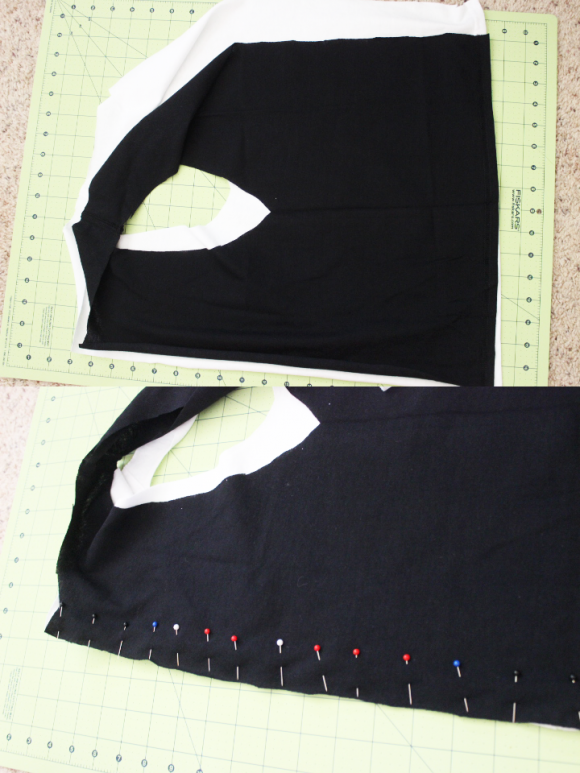 Lay a half-tank in your other color over the half-tank in the first color, so its outside is facing down (when you’re done, the outsides of the half-tanks should be touching). Use your straight pins to pin the side seams into place (aka the sides you cut with scissors in Step Five), then sew them together: 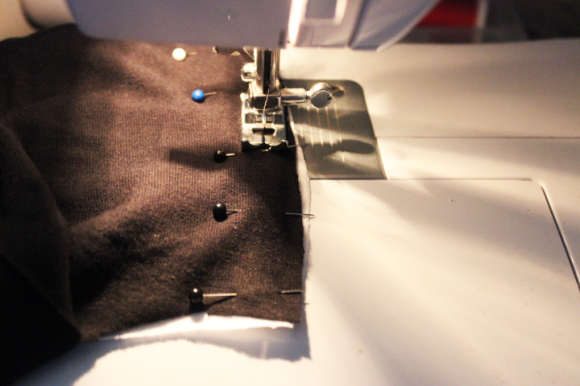 Remove the pins and turn the shirt inside out, and you’ve got yourself a tank! Feel free to stop with this step, if you want: The next two steps are totally optional. 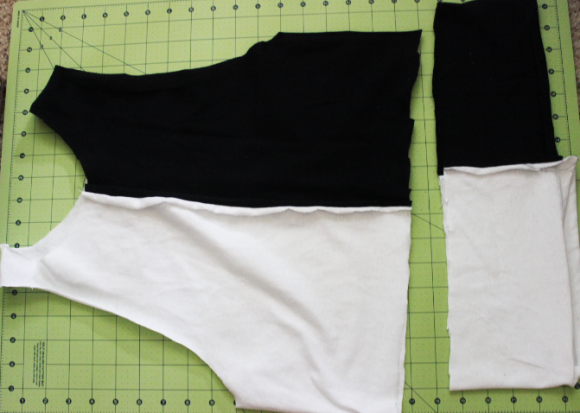 You can crop your top by cutting a straight line across the bottom.

And if you feel like getting fancy, you can fold over the unfinished, jagged edges of your shirt about a half-inch, pin them down, and then stitch all the way around to make them stay in place all nice and smooth. 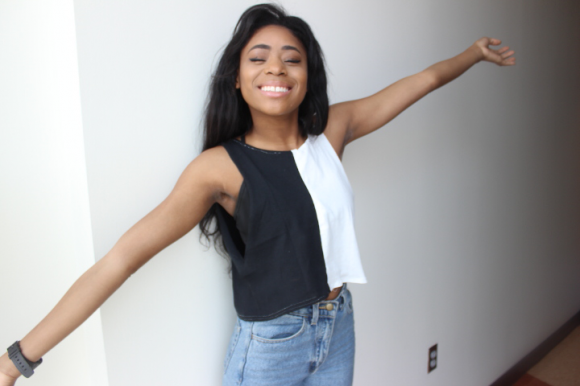