The most stylish former goody-two-shoes of cinema.

“Bad girls do it well,” as our queen M.I.A. says, so it’s time for us to celebrate some of these chicas on the big screen. These ladies were once sweet, innocent thangs, but decided to let their rebellious sides out for one reason or another. We’re not complaining—everyone knows that a bad gal knows how to dress. Intrigued? Take a look at these toughies and cop some of their badass fashionz for your own wardrobes! 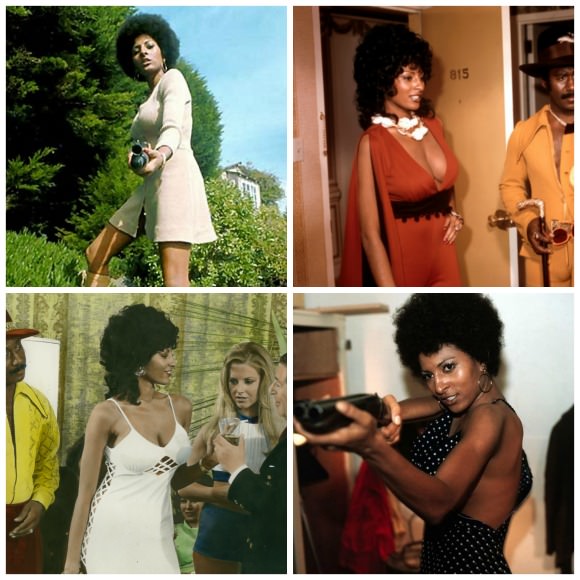 Pam Grier plays Coffy (1973), a nurse who becomes a revenge-seeking vigilante after her sister gets hooked on drugs and falls into a coma. To check off the first thing on her retribution to-do list, Coffy poses as an addict to get back at her sister’s drug dealers. She then fights dangerous pimps, corrupt politicians, a mob boss, and his mafia henchmen. The best part? She looks unbelievably stylish throughout all the drama. I honestly don’t know how she does it. After an hour-long plane ride, I look like an extra from The Walking Dead, and here’s Coffy looking amazing after she’s beaten the crap out of everyone. 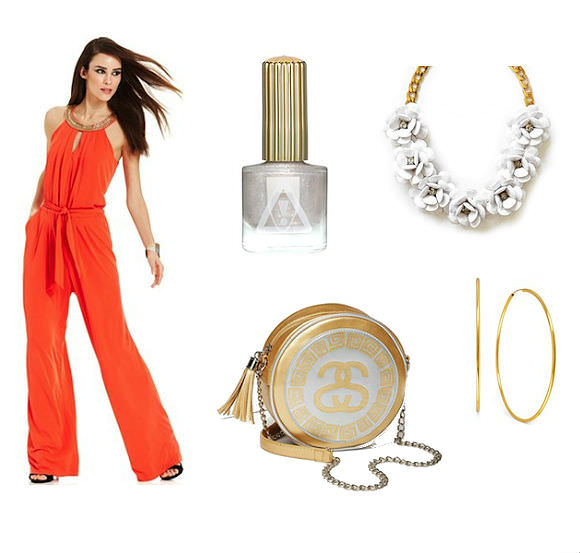 As for her best outfits, I’m really into her sexy orange pantsuit. Pair one of your own with gold hoop earrings, which is our avenging angel’s signature accessory, then do your nails with a white glittery polish. You’ll soon have a look that embodies Coffy’s badass ’70s vibes at their finest. 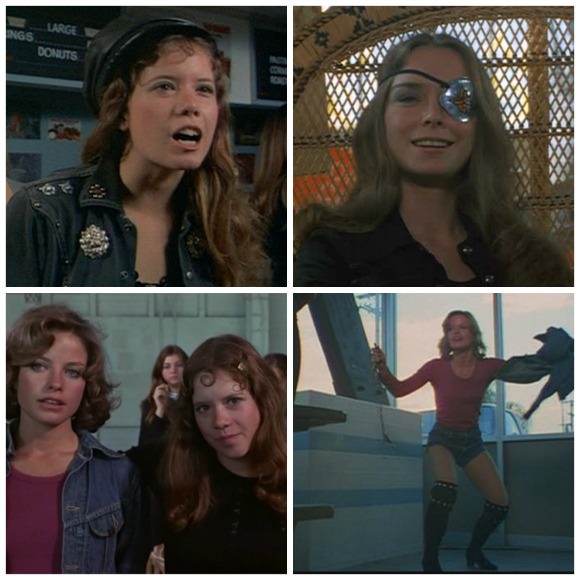 1975’s Switchblade Sisters is about a new girl named Maggie who joins a violent girl gang called the Dagger Debs. The Debs are the female counterpart to a male gang called the Silver Daggers, who run underground illegal operations at their high school. At first, Lace, who is the leader of the Debs, is fond of Maggie and entrusts her with certain tasks, which causes jealousy from Patch, Lace’s previous right-hand woman. Things get even more effed up when Lace’s boyfriend, the leader of the Silver Daggers, rapes Maggie, which results in Lace deciding she is her rival. The fuq? As you can imagine, all hell breaks loose afterwards. At least we can count on some cool threads amidst all the drama. 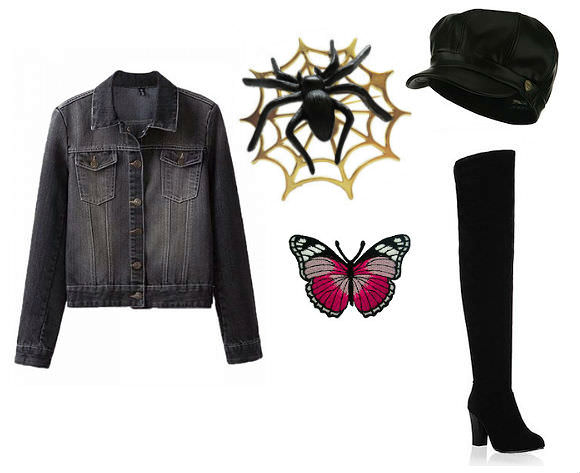 I love Lace’s decorated black jacket, which she accessorizes with a double dosage of silver lion brooches. However, I think a spider brooch looks even more killer. Mimic Maggie’s fighting stance in some fierce footwear, like a pair of thigh-high boots! 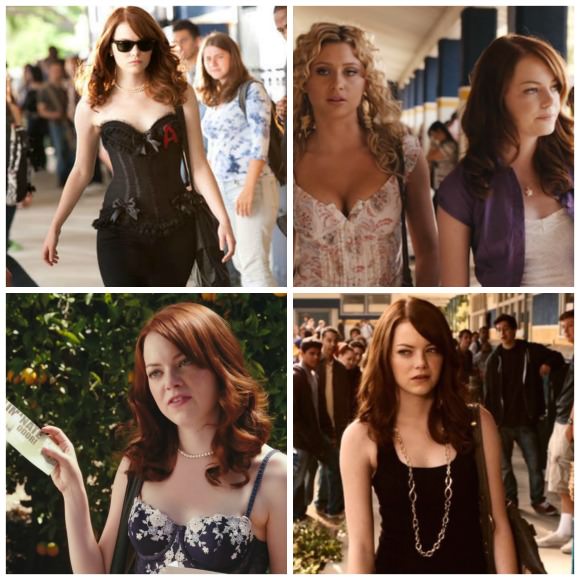 In Easy A (2010), Olive (Emma Stone) is a high school student who becomes the victim of gossip and rumors after she tells her BFF a little white lie about losing her v-card to a college dude. The fib spreads to her classmates like wildfire, but instead of being mortified, Olive relishes in the newfound attention. In what might be the weirdest scam ever, she starts pretending to sleep with her classmates in exchange for gift cards. These fake hookups help boost their popularity. Look, I’d love free gift cards to In-N-Out and Target, but that’s going a wee bit overboard, dontcha think, Olive? 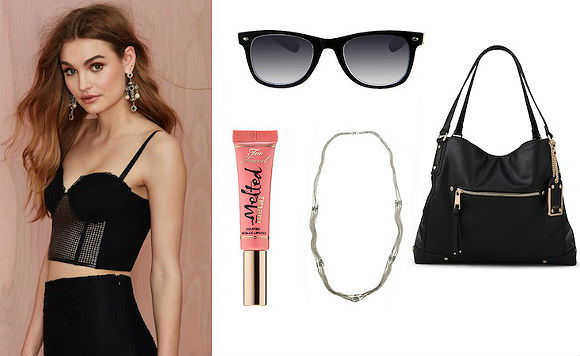 Since the movie is inspired by The Scarlet Letter, which is about a woman who is forced to wear a scarlet-colored “A” on her dress to shame her for committing adultery, Olive decides to play up her promiscuous image by pinning a red letter “A” to her chest and wearing it on the daily. As for her outfits, Olive doesn’t stop with the letter. She trades her cardigans and tank tops for lacy corsets and sexy bustiers. A corset might be a li’l too wild for school (not in MY eyes, but you know, I won’t be able to bail you out of detention and all) so opt for a bustier-inspired top and add sleek black shades and a matching handbag. 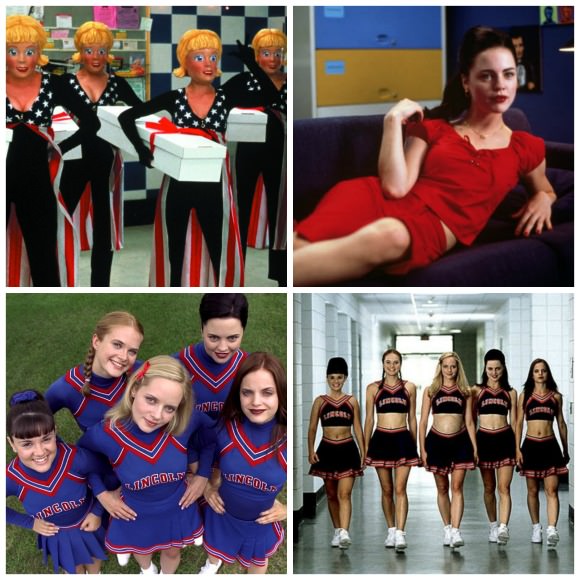 Sugar & Spice (2001) is about a cheerleading squad that robs a bank! Diane, the squad’s captain, becomes pregnant by Jack, star quarterback of the football team. They end up both being kicked out of their homes and need cash fast, so Diane plots a scheme to rob a bank. WHAT A GREAT IDEA. She asks her devoted squad for their assistance, and soon the girls are exchanging their pompons for weapons. 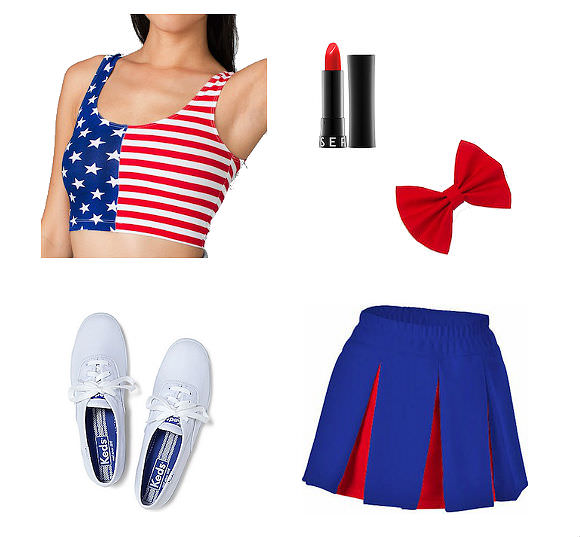 Now, I’m not encouraging any sort of crime spree, but I do love what they chose to wear to the bank robbery: American-flag themed outfits complete with creepy doll masks. Sounds like a great Halloween costume to me! I love a pleated cheerleader-style skirt, so if you want to get real serious about paying homage to the film, pair it with an American flag-printed crop top and a red hair bow! Just leave the bank robbing to this fictional cinematic gem; I don’t need to see any of you on an episode of Scared Straight, OK? ♦