Once Upon a Tumblr

I wrote plenty of posts that I disagree with now. 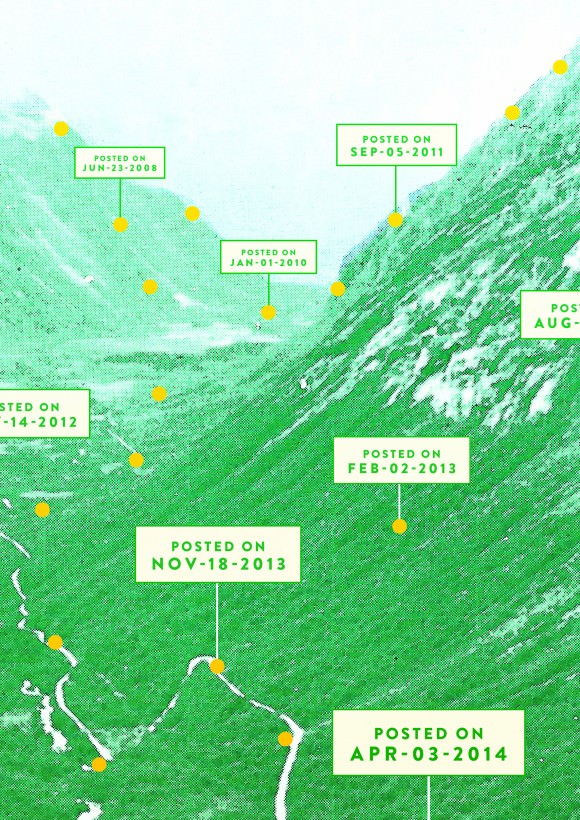 Nicki Minaj, in all her Barbie-d up, bootylicious, bossin’ glory, first came into my world when I was riding around with my boys that are serious Young Money Cash Money Billionaires fans. I gathered that she must be special, considering the effect that she had on my friends: As she began her verse on “Roger That,” they increased the volume while making that holding-fist-to-mouth-and-scrunching-up-face-real-hard expression that is the universal response to a dope rap. By the time she got to her “flow tighter than a dick in the butt” line, they were practically beside themselves. I was wide-eyed and taken aback.

It was obvious that this woman was talented, but with the combination of her weird voices, crazy costumes, “bad bitch” and Barbie motifs, and crass lyrics, I was put off. Living in Johannesburg, South Africa means that American celebrity culture is a big part of young people’s lives. Personally, the extent of the influence always troubles me. At the time, I was 19 and crying inside at the thought of having the awesome young women around me unflinchingly calling themselves “bad bitches” just because an American rapper said so. I was studying feminist politics that year, and itched to put my new knowledge to work. I occasionally tweeted about how dangerous I thought she was to young women’s minds and self-worth. Online, I felt rightly equipped to be the sole voice of reason in the madness, so I donned my superhero cape once again and took to my Tumblr to write what I then called a “feminist critique” of Nicki Minaj.

Titled “Maybe It’s Time to Put This Pussy on Your Sideburns?” (I am still perplexed by this), I had to dust it off from the archives of my computer, and I CRIIIINNNGED when I read it again recently. I’ve heard it said by writers over the years that if your work from previous years doesn’t straight-up embarrass you, then perhaps you just aren’t working hard enough to improve. I’m quite critical of myself so this thought is my main comfort and motivates me to keep my old poems and prose, even when they make me think, Wow, girl, this really sucks! Naturally, this is how I feel about my old Nicki post, especially as I come across the phrases “abyss of mediocrity,” “minstrel show” in relation to YMCMB, aka Young Money Entertainment, and, most painfully:

What I meant is that I was bothered that her influence would grow to the extent that young women my age would look up to her and model their ideals of beauty, sexiness, and femininity after her. The fact that it was also rumored that her butt was fake worried me even more. I’d already had to deal with being told that my body isn’t “as curvy as it should be” by friends, family, silly dudes, so the equation in my mind was, If the guys I was attracted to are attracted to girls like Nicki, then who’s gonna like me? (This did not make it into my feminist critique).

Around the same time that I wrote that Tumblr post, I had gotten into “The Miseducation of Barbie,” an incredible poem by Jasmine Mans:

I felt so reassured to know that I wasn’t the only young woman who felt like Nicki was talented enough to choose not to perform sexuality in every single one of her songs. My concerns about her work perpetuating the trope of black women as hypsersexual and deviant are valid, but I realize now that writing, “We need to reassess our values as society if we consider being foul-mouthed and scantily clad as ways towards empowerment” was wrong. At the time, I was operating under logic that went, “ If you want to be respected, dress and act like it.” Doesn’t that sound a little like, “But she was dressed like that, so she asked for it?” That’s a dangerous and unfair perspective to have in this world, and now, I believe fully that every human being has the right to dress as they choose and what is, in fact, unacceptable, is for others to shame them or act against them for it. My judgements about her were too slippery of a slope to a justification for violating women for being “sluts,” and I am really not down for those kinds of views.

I realize that my Tumblr post slut-shamed and imposed respectability politics onto Nicki Minaj. “[Some female artists can] keep us chained to male patriarchy as sex symbols. However, to state that Nicki Minaj is in any way empowering to women is just false,” is what I said then. Besides the redundancy of “male” and “patriarchy”, I see now that Nicki Minaj, like every other person on Earth, cannot be placed into an easy binary of absolutely good or absolutely bad. So what if Nicki likes to cuss? So what if she’s wearing a tiny skirt and a bra top? Some of the world’s biggest pop stars do pander to heteropatriarchal ideals of femininity, but I also have to acknowledge and leave room for freedom of choice.

I realize that Nicki is quite empowering to many women, and her celebration of strippers in videos like “Beez in the Trap,” and of curvy bodies in general, is great because women matter and deserve acknowledgement regardless of the kinds of work that they do or how they’re shaped. On the other hand, there was that shady “fuck them skinny bitches in the club” line in “Anaconda,” and I was personally offended because, “Hey, I’m skinny, but why am I a bitch now?” That lyric seems so out of place in the otherwise fun song. Everyone should know this: YOU NEVER HAVE TO PUT OTHER WOMEN DOWN IN ORDER TO LIFT OTHERS UP!

Over the years, I completed undergrad politics, worked here at Rookie, and got involved with a collective called the Feminist Stokvel, where eight women are in constant conversation, and all these different platforms have contributed positively to how I shape my personal politics. My feminism is broader and more inclusive, now that I identify as an “intersectional feminist.” The first word is a reminder that issues of race, gender, sexual orientation, and economic class all interweave with one another and affect each person differently and so, my feminism fights for all people who are marginalised. I am no longer pious about my beliefs and women’s autonomy; the freedom of choice is at the center of everything I believe in.

Nicki gradually won me over by simply living her truth. The fact that her “Stupid Hoe” song and beef with Lil’ Kim even happened do make me sad, but overall, I respect her hustle and what she has had to endure in order to become a success. Her interviews have brought me to a better understanding of her stance on other women and feminism. In a Vogue interview, she says:

I think of myself as a woman who wants other women to be bosses and to be strong and be go-getters… There are things that I do that feminists don’t like, and there are things I do that they do like. I don’t label myself.

I find my cringe-worthy “feminist critique” and collection of anti-Minaj tweets so funny now! I am glad to have grown, to understand that I do not have to be the “perfect” feminist, and that I am allowed to make mistakes in my judgments and to truly make efforts to learn from them and do better. I continue to learn from many intersectional feminists that allow me to be critical of my views, of myself, and about who can be recognized as championing feminist causes, even without identifying as a feminist—including Nicki Minaj. ♦