An incomplete list of people/entities that make me veeeeery wary.

Discerning what we should and should not trust can be tough, especially when we sometimes get conflicting messages from TV, adults, friends, or even our own minds. To take some of the guesswork out of making those calls, I’ve compiled a handy (though obviously incomplete) list that shines a light on some of the people and entities that you might want to be skeptical of as you make your way through this uncertain world. 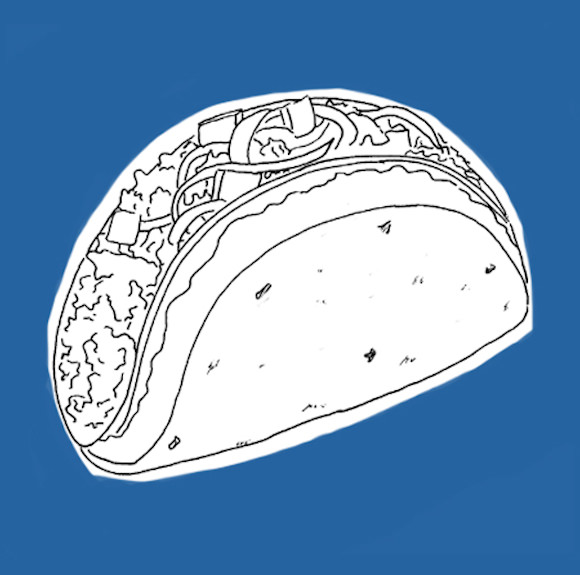 Profile: Double Decker Tacos, Quesaritos, Doritos Cheesy Gordita Crunches: These are the things your digestive system—all the organs, glands, and loopty loopin’ intestines in your bod that turn food into energy—crave! Each bite is like a blast of greasy heaven. While you may have lofty, admirable goals, like one day becoming a human rights attorney or a particle physicist, your digestive system’s raison d’être is to be totally ensconced in Chalupa Supremes every day.

Causes for wariness: Empirical data collected by an anonymous but very reputable source shows that your digestive system will more than likely turn that Crunchwrap Supreme into Inconvenient Diarrhea Supreme (but is there ever a time when diarrhea isn’t inconvenient?). High on those Taco Bell endorphins, you’ll think you’re invincible and might want to go party it up (and by “party it up” I mean doing something other than sitting on the toilet or being toilet adjacent), but that would be a mistake. 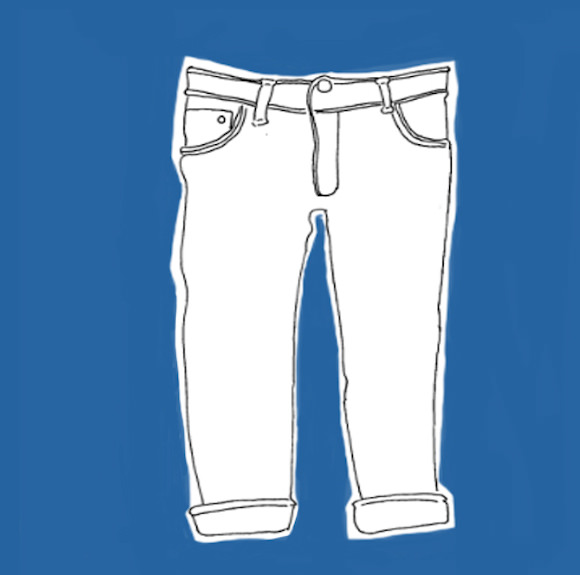 Profile: Pristine pants that, when worn with a blazer and a button-down top, offer the promise of making you look totally professional and cute. When worn with a white T-shirt and a little skull cap, chances of looking like a sexy, super-casual pope increase exponentially.

Causes for wariness: Yes, white jeans are versatile and wonderful. But they’re also the Judas Iscariot of the denim world because they will betray you, sometimes in ways you might not even be aware of until the end of the day when you take them off and see a stain on the butt. White jeans get dir-tay. They are presumably meant to be worn by idle aristocrats who lounge on fluffy pillows all day—and not those of us who spend our hours feasting on Cheetos, BBQ ribs, and pasta while downing flagons of Kool-Aid. 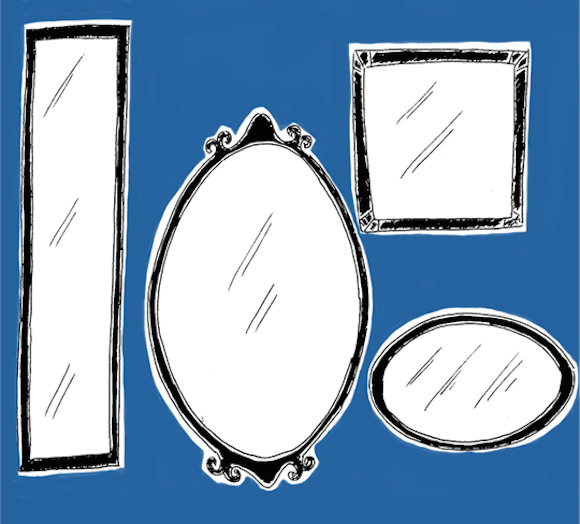 Profile: A reflective surface that ALLEGEDLY presents you with a true representation of what you look like when you are standing in front of it.

Causes for wariness: Your perception of yourself is colored by factors that a mirror can’t account for—insecurity, confidence, lighting, a good mood, or a bad mood. All of these things can distort the way we see ourselves in mirrors, and so we can’t rely on them to present us with any kind of objective truth. Also, sometimes ghosts live in them.

4. Yourself, when you decide to cut your own bangs 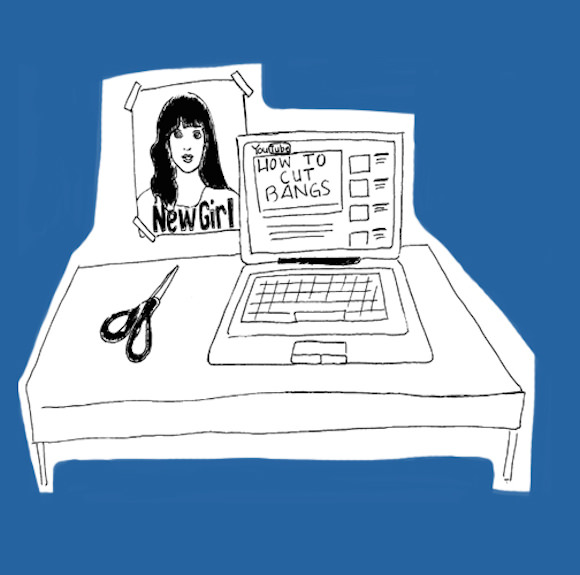 Profile: Precipitated, perhaps, by a late-night viewing of Amelie or by admiring a photo of Zooey Deschanel (patron saint of the be-banged), you realize that you too need bangs, like right away. You, being the owner of a pair of scissors, should cut your own hair now. The impulse is undeniable. Your hair-cutting skills are non-existent, but this is happening!

Causes for wariness: Having bangs cut by a professional stylist can sometimes end horribly! I don’t know why anyone whose hair-cutting training begins and ends with (maybe) watching a YouTube tutorial 10 minutes ago thinks they are, without a doubt, going to be a huge success story. (“She was just a kid—the odds were stacked against her—but she came outta nowhere and did it: She cut perfect bangs!!!”) That isn’t to say that self-cut bangs ALWAYS look bad. You might look fine, or great, even. The thing is: This isn’t a decision to be taken lightly. Do your research, google “Suri Cruise bangs,” practice on a sibling, and then make a decision about how to proceed. 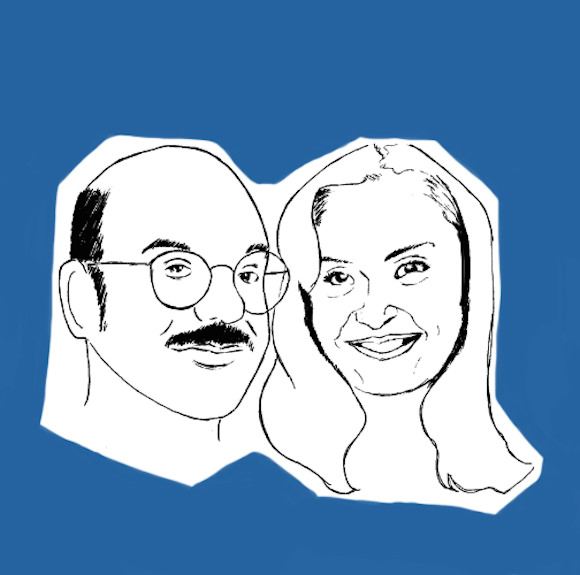 Profile: The adult people/person raising you. They provide you with your genes or jeans. In some cases: both.

Causes for wariness: Santa Claus, the tooth fairy—right out the gate, your folks are lying to you. Sometimes they fib because they’re trying to protect you. Sometimes it’s because they want to inject a little magic into your life before you’re forced to face adulthood’s harsh realities. Sometimes they do it because it’s a thrill for them (when I was a kid, my mom had me convinced for years that rice was ice cream). But while they love you, it doesn’t mean that they aren’t, from time to time, also full of crap.

6. Captains of industry and/or business tycoons and moguls 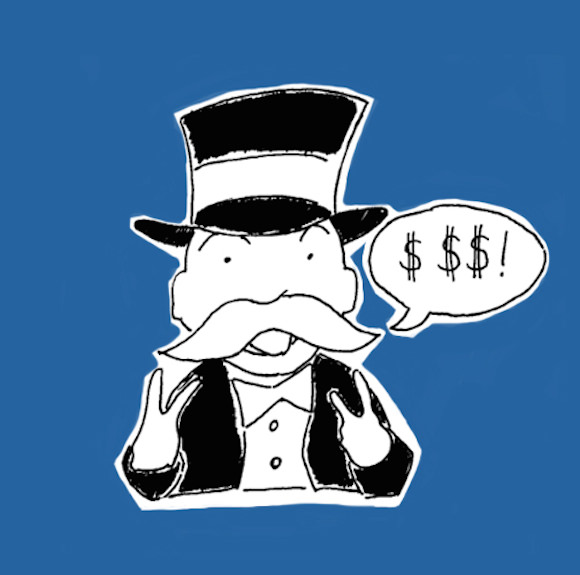 Profile: Sublimely wealthy individuals who own oil fields, real estate developments, and the corporations that manufacture all the cool stuff you love.

Causes for wariness: The one percent of the world’s wealthiest one percent, these people get together bimonthly to wear top hats and figure out ways to get monopolies on stuff. Buy their wares if it pleases you, but know that they really only care about cash money, and will do whatever it takes to keep themselves waist-deep in fancy bowties and monocles. 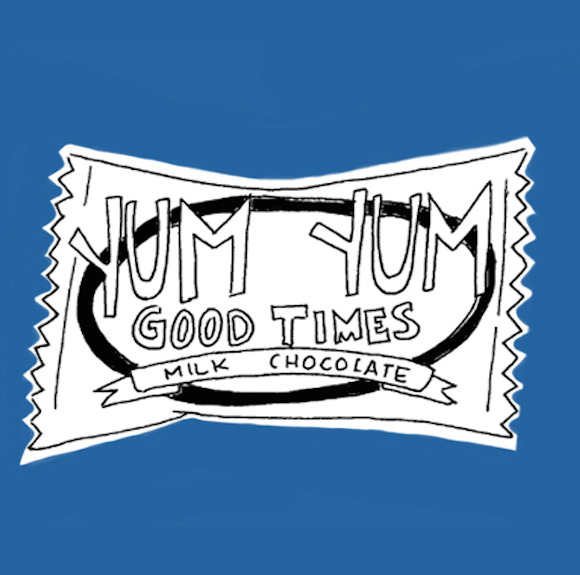 Profile: A fully intact fun-size chocolate bar that is unexpectedly discovered in the bottom of your backpack, or in the pocket of a coat you haven’t worn for months.

Causes for wariness: If you didn’t realize that this candy bar was just chillin’ in your bag all this time, there’s a good chance that it’s old as hell or some relic from Halloweens past. If you need this morsel of candy for sustenance, then by golly eat that thing (please, survive!), but if you’re looking for a little carefree, sugar-based pleasure, you must remember that your ancient, ashen, buried-treasure candy may be more trick than treat. Stale, bitter chocolate may not kill you, but it will make your mouth sad.

8. The writers of a beloved TV show’s series finale 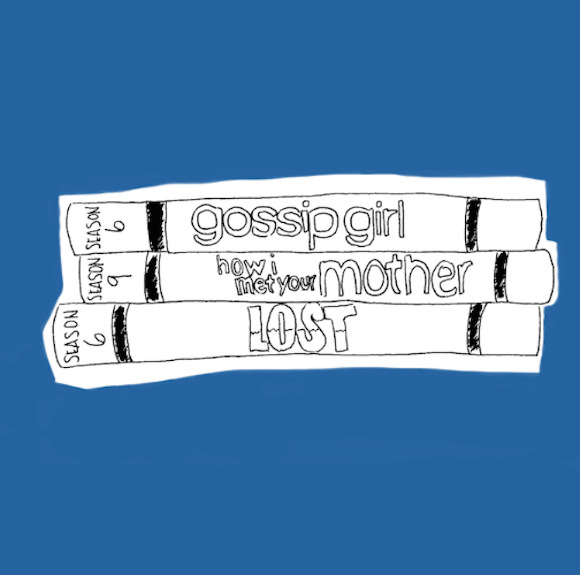 Profile: These are the scribes who have been plotting the lives of your favorite fictional characters for seasons. When a TV series comes to an end, they are charged with wrapping up the story in a way that is emotionally satisfying, makes sense, and rewards viewers for all of the passion and time they’ve invested in the show.

9. The smell of your breath after you’ve blown into your hands to check its freshness 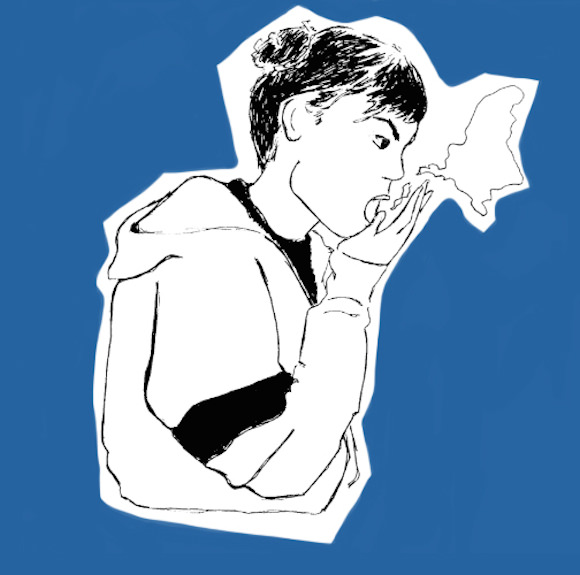 Profile: The inside of your mouth is feeling grimy, hot, and foul OR tastes like Doritos even though you haven’t eaten any. You cup your hands together, blow into them, and then try to catch a whiff. You smell nothing, think life is swell, and confidently spend the rest of the day getting up-close-and-personal (whispering secrets in friends’ faces, dancing cheek-to-cheek with attractive suitors, French kissing influential members of the community, et cetera) with everyone you meet.

Causes for wariness: According to bacteriologists, you really can’t smell your own breath this way. Instead, ask a child to give your breath a quick inspection (little kids are brutally honest about this stuff); or lick your wrist, let it dry for a few seconds, and then sniff the saliva spot. The smell, if there is any, will have been transferred onto your skin, thus permitting you to assess your breath situation more objectively. 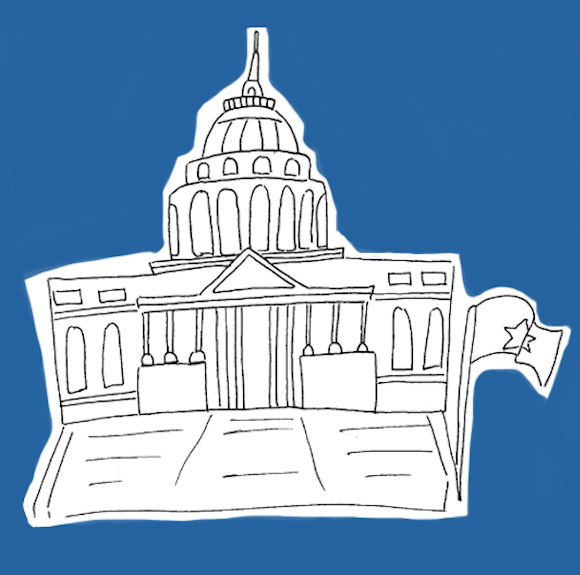 Profile: Anyone in charge of running your country, state, or city.

Causes for wariness: The “government” can do good, especially when influenced by determined activists, but the people working for the government often aren’t totally upfront with the populace. You’ve heard about this, right? These people are all up in your biz, looking through your emails, monitoring your phone calls, and making hilarious collages of your deleted selfies; they have a cure for the sniffles locked up in a vault but won’t release it because they’re in cahoots with Big Tissue; they know what’s going to happen in the next five seasons of Game of Thrones; AND they’re having secret pizza parties with tax payers’ money. Basically, they give us the information/services that they want us to have and keep everything else under wraps. 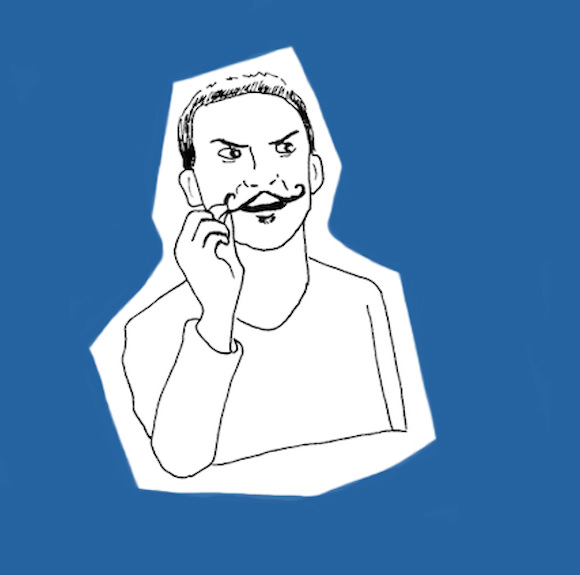 Profile: Any individual who stares off into space, seemingly to ponder a no-good scheme, as they feverishly play with their anachronistic facial hair.

Causes for wariness: Aside from the fact that this is textbook villainous behavior (and a sign that someone is about to be tied to some railroad tracks), popular wisdom holds that a person with something to hide may involuntarily touch their face, (especially the area around the mouth) while they’re lying. 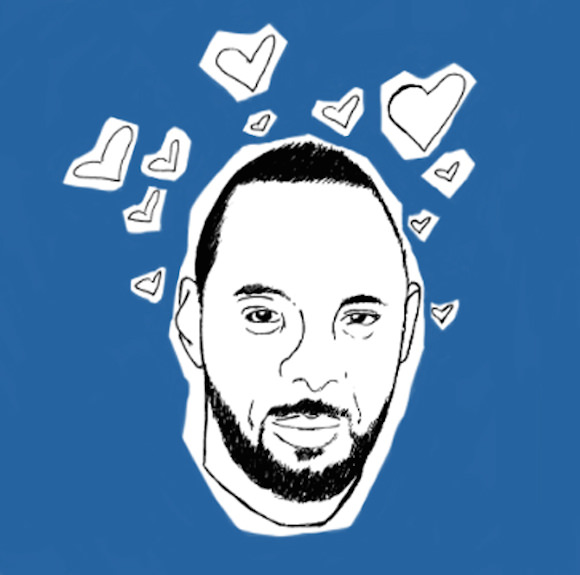 Cause for wariness: He’ll steal your heart. ♦