Friday Playlist: Out With It 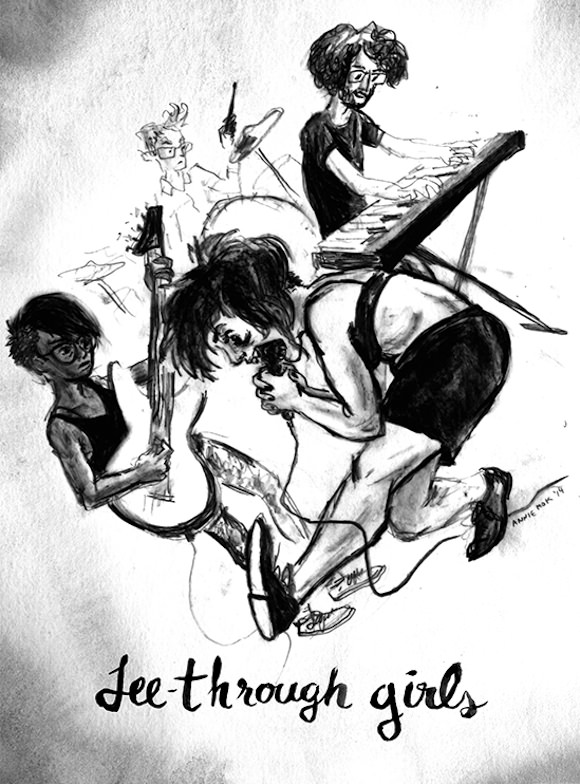 The Smiths’ “Reel Around the Fountain” is the very first song on their very first record, the eponymous The Smiths; my favorite of all their LPs. It was released in 1984, so Morrissey obviously sounds WAY younger than the elder statesman we know and love, but his voice pulses with his own confidence, even as he sings about what sounds like a very…complex (and maybe even a little demoralizing—though it also sounds extra hot) romantic relationship.

With her bandmates Al, Perry, and Zach in See-Through Girls, the singer (and Rookie writer/illustrator!) Annie Mok offers a different approach to the song: Her voice, though no less self-possessed, expresses the truth in the narrator’s account of what the heck is going on with their heart by highlighting the vulnerability in the song’s lyrics, straining and faltering where the emotions being expressed do the same. In short: It’s wonderful. Check it out below, and listen to more See-Through Girls right here.

AMY ROSE: When did you first hear “Reel Around the Fountain”?

ANNIE: I don’t remember the first time, but I remember being 14 or 15, and dancing to it in my room, and having an idea that there were things in the song that I didn’t understand; that seemed like they might be dirty.

Do you remember what those lines were?

Yeah, what was that to you?! 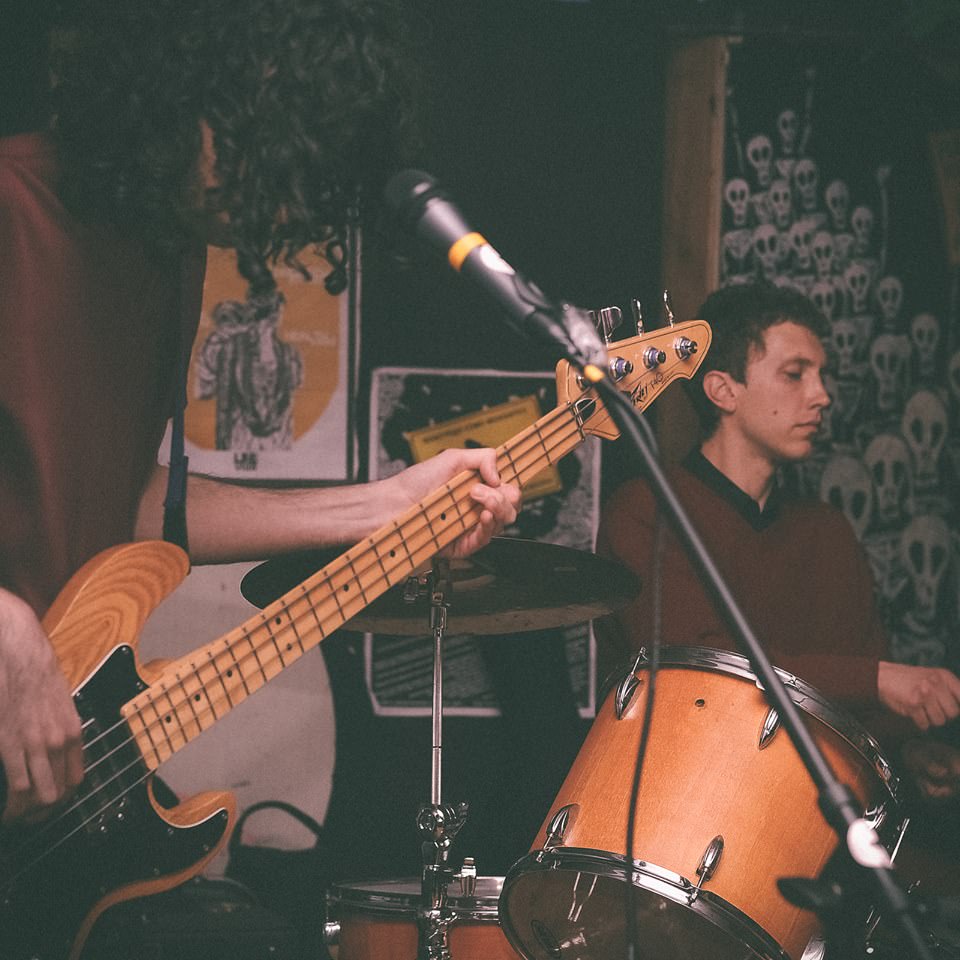 Photo of Perry, left, and Zach by D1L0. (And that’s Annie in the lovely photo paired with the song!)

What about the song appeals to you now?

Very similar things to then. The Smiths work on a lot of levels—but they first and foremost work on a very directly emotional level. When I was that age, the emotions of the song spoke very clearly to me, even when I didn’t understand it. Coming back to it, it’s still kind of the same thing, which is just this intense desire and this slow burn of the song and the drama of the song—of it being a crush that can’t manifest.

How do you put your own spin on it?

I changed some of the gender stuff in the lyrics. The one line I changed kind of wholesale was in the bridge, which is my favorite part. There’s, “Take me to the haven of your bed / was something that you never said” and I’ve been singing, “Take me to the haven of your bed / was something you said under your breath.” As I’m singing it, even though I say “girl,” I’m still thinking of two gay men. So my conception of the song is that the protagonist knows that the other person would really like to get down, but won’t let themselves. [It’s] about an affair that the protagonist really kind of knows on a deep level could happen, but isn’t because of queerness.

Is there a specific way you try to convey that?

In the bridge, my voice rises a lot and gets very jumpy. To me, the bridge is when the song breaks and the protagonist has built himself to this point and he’s like, “I need this so bad, I can’t just talk about it anymore.” 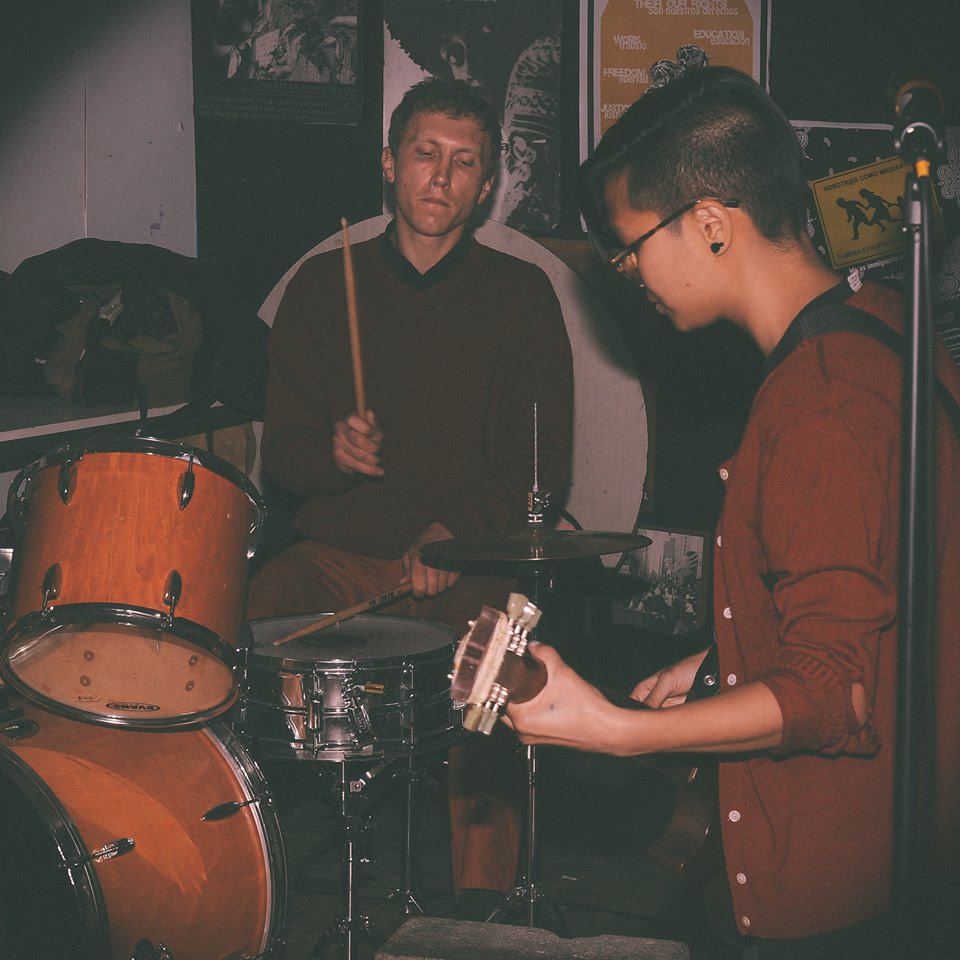 So what about this speaks to trust? Do you think it’s this implicit plea from one person to another?

For me, it has more to do with the protagonist trusting his own desires. Because if you listen to The Smiths especially, all over that record, Morrissey’s narrators are struggling with sexuality, and they’re struggling with queerness. If you think about “Pretty Girls Make Graves,” the narrator of that song is like, I gave up on womanhood, I tried to kiss this girl, and it’s just not working. Nothing is resolved. [But in “Reel Around the Fountain”] when [the protagonist] says, “shove me on the patio, I’ll take it slowly”—that’s him giving in. That’s when you clearly see him feeling the desire in a more authentic way.

What else should people know about this cover of the song?

I just love the romance of it. I love everyone’s performance on it, so much. It’s a dream come true. It was the song for me when I was 14 in my bedroom listening to the Smiths. [It was] this outlet when I had very few outlets for the interior world that I was feeling, [and when] it was not safe for it to go anywhere else. In these songs, those feelings had a space to go. Being able to perform it with the band was intensely moving and powerful to me, and so was letting my voice do things it hadn’t done before, because it’s easier when you’re talking or going off other people’s words and melodies to learn new places to go. And also Al’s guitar and Perry’s bass and Zach’s drums [make this universe]—Al’s guitar really shimmers and makes the song breathe, which I love. ♦