A girl discusses what happened when her nude photo leaked. (Spoiler: She lived to tell the tale.) 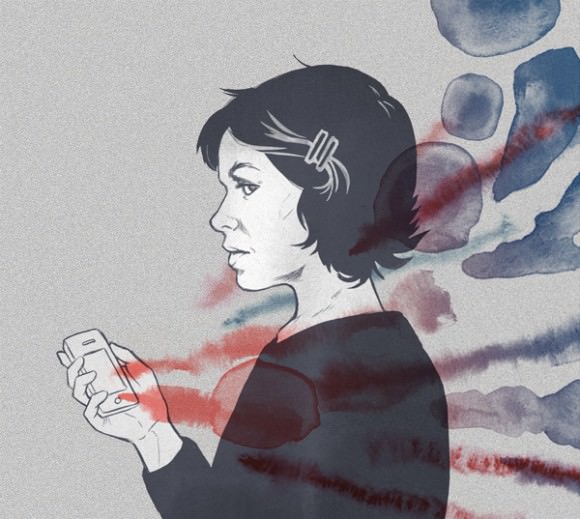 No matter what the exhaustively reported statistics are, you really don’t need a study to tell you what you already know: Taking and sending nudes is common. Unfortunately, so is having them leak. Even if you send them to someone who respects your privacy and trust, there are still ways for creeps to get at your photos without your consent, like accessing your photo stream on your iCloud account, or using software that can tap into your carrier data. This means no nude is ever 100 percent secure. Because leaked photos sometimes drown out the voices of those in them, we wanted to share one girl’s experience with this—and, first, break down what the real-deal risks of TEEN SEXTIN’ actually are, once and for all.

Some examples of how much this can differ: In New Jersey, if you text a nude photo, you could be convicted on criminal charges, or a judge could make you enroll in an educational or counseling program about sexting (either way, it’s the judge’s call based on factors including your “maturity”). In Illinois, people 17 and up who “commit the offense of child pornography” are prohibited from coming within 500 feet of any school, possibly including their own. In some states, teenagers who possess child pornography may even be required to register as sex offenders. Even though these laws were actually created to protect minors, they might actually end up hurting you.

I wish sending sexii pix ;p was something you could explore and experiment with in safe ways, like other parts of sexuality. We wish we could give you free condoms for safe nude-sending, there just isn’t really a safe way to do this particular thing as a minor. (And condoms aren’t 100 percent foolproof, either!) There is no perfect protection when it comes to having nude photos of yourself shared or violated without your consent. But while we know the legal complications (however vague) that can arise from this, what happens to you socially if your nudes become public property? Does it, in fact, RUIN YOUR LIFE AND REPUTATION FOREVER? I asked 20-year-old Laura* from England, who once had a private picture shared publicly.

When she was 18, Laura had naked photos taken of her at a house party. She thought only a few people had access to them, but realized that they were being shared outside of her comfort zone. The photos ended up on 4chan during last year’s celebrity photo leak and were labeled as an actress’s nude photographs.

LAURA: I feel really comfortable and open around my friends. One of my friends who had the photos sent it in a group message on Facebook to a lot of other people. Then those people had obviously sent it to other people, and it just sort of carried on like that, really. I was raging mad, and I felt really humiliated [about] being betrayed by the people I thought were my friends. That was the hardest thing. I confronted all of them, put them all into another message, and asked them, “Does anyone know how this happened?” Nobody knew anything. Nobody seemed to want to own up.

[When they ended up on 4chan], I told my parents about it because I didn’t know what to do, and I remember telling my boyfriend at the time. I’m from a small village from the east side of England, and I couldn’t even imagine it would blow up to be this big. People suggested that I go to the police, but I didn’t feel like it was necessary. I just felt like, because they were on the internet [and] millions of people had seen them, nothing could really be done. It was a surreal feeling, because obviously I can’t imagine that many people seeing me, but the internet is a weird place. I did get a bunch of my friends to report the images online and email the companies that had them, and I emailed 4chan and the other websites, and a few of them [took the photo] down.

Now I’m sort of over it. I mean, it obviously still bothers me, but I know there’s nothing I can do about it but I just have to laugh it off. That’s all you can really do—you’ve just got to move on, be positive, and not let it get to you.

Even though sharing naked pictures can have tough consequences, there are tons of Lauras out there, going right on with their lives. And no matter how earth-shattering a photo leakage may feel, take heart: The world always finds something else to talk about after a little while (even if it’s just someone else’s butt). ♦