Saturday Links: All That Jazz Edition

Plus an ensemble of music news, the return of Hansel and Zoolander, and Cindy Sherman emoji.

The 14-year-old activist Jazz Jennings is the new face of Clean and Clear’s “See the Real Me” campaign. Jazz is on the up and up. Last year, TIME magazine celebrated her work as an activist for transgender teens by naming her one of 2014’s most influential teenagers. Jazz will also film her own reality TV show, All That Jazz: A Family in Transition. The show will follow Jazz and her family as she navigates high school. As Identities Mic notes, the show is an important opportunity for “a trans person to tell her own story, on her own terms.” Get it, Jazz!

#BLACKOUTDAY was a party. Photos of black people—in all our diversity, and from all over the world—filled Tumblr dashboards and Twitter timelines everywhere. Commentary about why the day was necessary accompanied the images. Afterward, Sesali B reflected on #BlackOutDay for Feministing: Since Western beauty norms were constructed in direct opposition to blackness, #BlackOutDay was an opportunity for black people to define, and assert beauty for themselves. In her words, “nothing beats self-representations. Flooding the internet with self-recorded footage is the most authentic way to add complexity to the way we see Black folks […] Black Out has created a central online location to witness Black people existing in the ways that they think are important, necessary, and beautiful.” 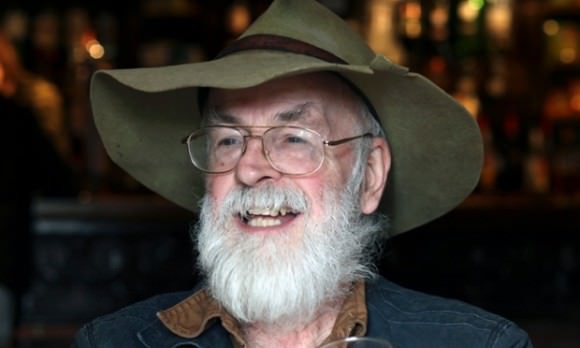 Photo of Terry Pratchett by Eamonn McCabe, via the Guardian.

The British writer Terry Pratchett, author of over 70 books, has died at age 66. Pratchett had a prolific and celebrated career as a writer—in 1996, he was the UK’s top-selling and highest earning author. Pratchett created outlandish worlds like Discworld, which spawned an entire series of books. In 2007, he was diagnosed with early onset Alzheimer’s disease, which he referred to as “the Embuggerance.” He campaigned for research funding for the condition, and was an advocate for the legalization of euthanasia, or assisted dying, in the UK.
Shriya

Y’all, I am so hyped on this new M.I.A. tune, “CanSeeCanDo”. The track has the political edge of so much of her music: The lyrics are all about seeing both sides of a debate. “CanSeeCanDo” sounds less produced than songs from her last album, Matangi, and M.I.A.’s voice is clearer and more raw.

Pitchfork hosted a roundtable on “CanSeeCanDo,”, which includes lots of great insights from the likes of Safy-Hallan Farah, Jessica Hopper, and Mia Nguyen. On Twitter, M.I.A. hinted at some new tunes coming this summer. I’m waiting ever so impatiently for more bangers! 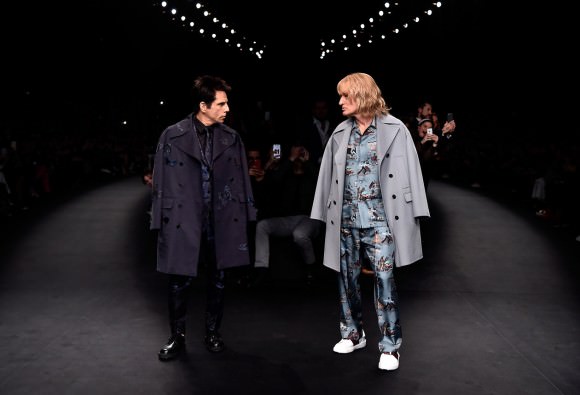 Photo by Francois Durrand for Getty Images, via Vogue.

Hansel and Zoolander served major blue steel realness on the runway at Paris Fashion Week. Owen Wilson and Ben Stiller surprised the audience by staging a dramatic walk-off to close Valentino’s Fall/Winter ’15 show. Apparently a Zoolander 2 is in the works, and I guess this is great PR for the sequel!

Grimes released a new song called “REALiTi”, which she recorded back in 2013. The track is accompanied by a dreamy, pastel-hued video, collaged from footage taken during her tour across Asia. In the video description, Grimes says the track was “never meant to be heard by anyone, so it’s a bit of a mess.” Well, I’m glad we did get a chance to hear it, because REALiTi is a perfectly orchestrated sound-world. It instantly got stuck in my head, and it’s gonna be my main jam this spring.

The full range of Hyo Hong’s Cindy Sherman-icons, via Hyperallergic.

The New York-based designer Hyo Hong created a set of emoticons using the artist Cindy Sherman’s self-portraits. It’s the perfect marriage: Emoticons don’t quite offer the full spectrum of feelings; it’s still hard to convey subtle emotional undertones in that chat box. Cindy Sherman is known for adopting different personas who each have extremely expressive facial expressions. Hong’s project is ongoing, so we can expect more than 20 icons in the future, but for now, you can download all of the Cindy Sherman faces you need to properly express yourself.

There’s a new single out from the mighty Tame Impala!!! It’s an eight-minute disco jam that sounds like a cross between a Phoenix track, and a track by one of my all-time favorite bands, the Pretty Things. I’m gonna be turning up “Let it Happen” LOUD in my headphones as I take my jaunts around the block.
Meredith 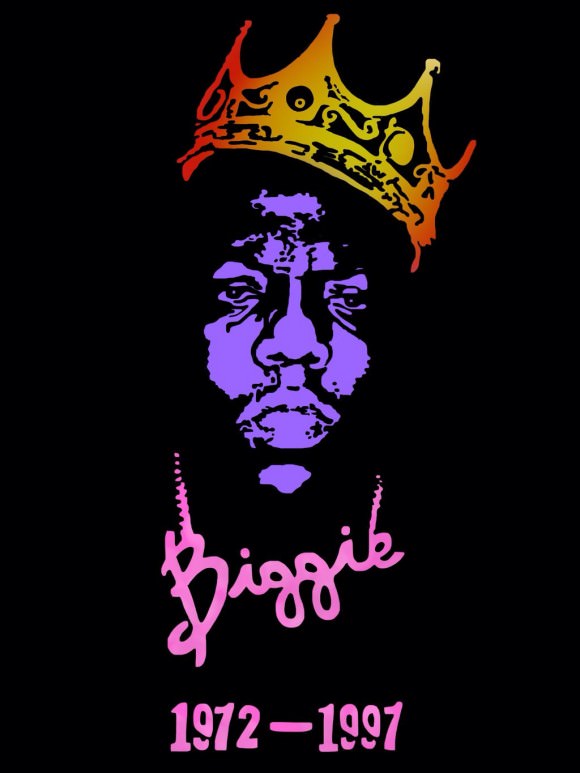 Graphic of Biggie Smalls by Gijabyte, via Deviant Art.

March 9 marked 18 years since the death of Biggie Smalls, who passed at just 24 years old. Christopher Wallace—aka Biggie, aka Notorious B.I.G., aka Big Poppa—is widely recognized as one of the greatest rappers in the history of hip hop. He pioneered a sound and style that continues to influence musicians across genres. Musicians and celebrities posted their remembrances on Twitter, with tributes celebrating his life and work.

The rapper Kendrick Lamar paid tribute to Biggie by putting down a MINDBLOWING freestyle over some of Biggie’s classic beats. That’s f-r-e-e-s-t-y-l-e, as in, he’s making it up as he goes along. Good lord! And just to add good news to good news, Kendrick announced that his second album, To Pimp A Butterfly, will be released on March 23. The album will include the single “The Blacker the Berry,” which premiered last month.

From the mean streets of Rochester, NY comes the band Green Dreams, fronted by the sequin-sporting, solo-shredding Jesse Ames. The band released a new music video for the track “Richman/Poorman”, on which Jesse speaks about her everyday experiences as a woman in a dude dominated music scene. Spoiler alert: Jesse is frigging fed up with it, man! Watch their witchy, psychedelic music video above—it makes me think of Alice in Wonderland.
Nova 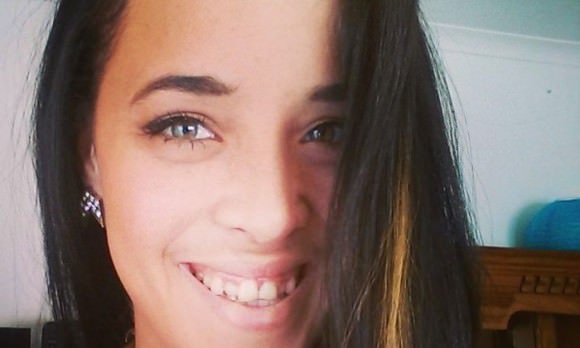 Finding a book that speaks to who I am and my experiences can feel like a treasure hunt. That’s why this opinion piece caught my eye: The cultural critic Danielle Bowler has decided to read only books by people of color this year. Her piece speaks to the need to see yourself, and all of your intersecting identities, represented in the books you read.
Anna F. 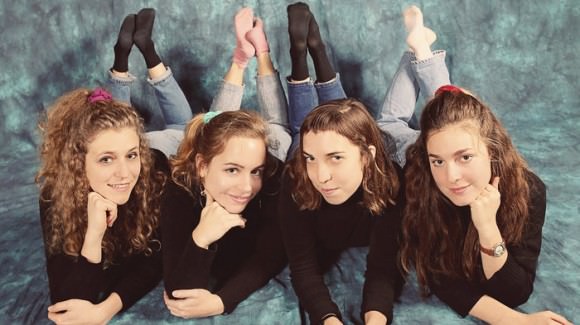 Photo of Chastity Belt, via NPR.

Currently on repeat: Chastity Belt’s latest release, Time to Go Home. This album is perfect if you love guitars on guitars, plis lyrics about being bored of condescending dudes. Listen, and then revisit Chona Kasinger’s interview with Chastity Belt.

Still from the movie “Girlhood,” via BuzzFeed.

This essay by Durga Chew-Bose on the movie Girlhood, Jessica Williams, learning to scat with Ella Fitzgerald, and brown-girl exclusivity is sweet, tender, incisive, and biting.
Stephanie 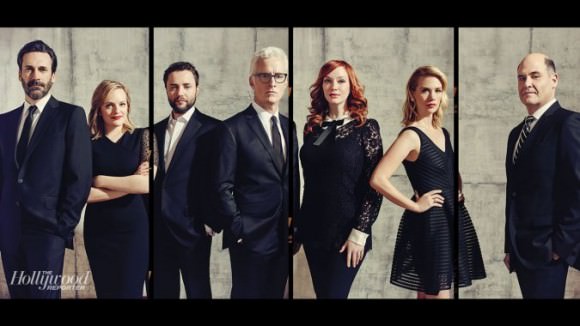 Photo of members of the Mad Men cast, and the show creator, Matthew Weiner, via the Hollywood Reporter.

April 5 marks the beginning of the end of Mad Men—well, the beginning of the second half of the show’s final season. I’m excited to know how the story ends for Don, Peggy, Joan, Roger, and especially my favorite onscreen teen, Sally. But how will I live without these fabulous characters in my life? At least the end of the show also means great Mad Men retrospectives, like this one in the Hollywood Reporter. The piece takes an in-depth look at how Mad Men became a cultural touchstone, and reveals which actors originally auditioned for the show. Reading it made me want to hole up and binge watch all of the previous seasons.
Meagan 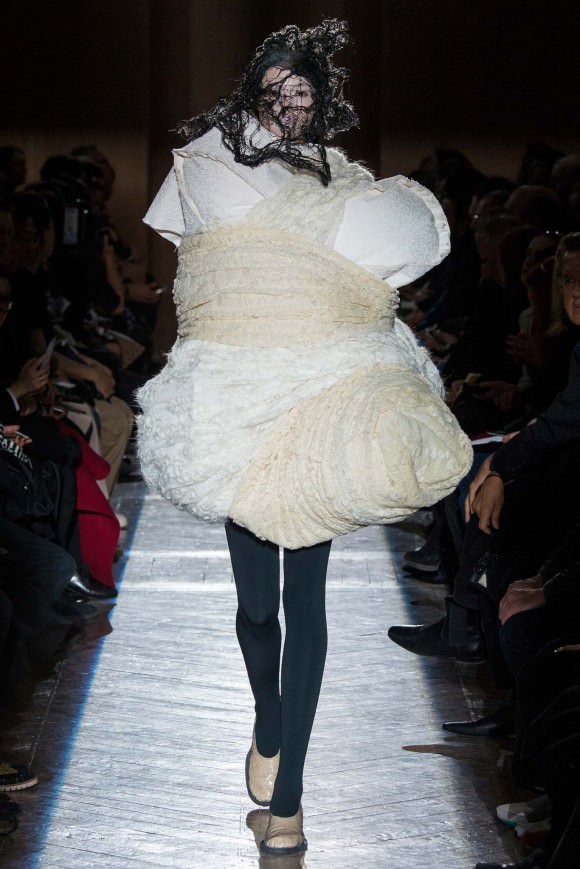 The Japanese fashion house Comme des Garçons showed their Fall 2015 collection. The looks are more otherworldly and conceptual than most of Rei Kawakubo’s recent designs: One piece looks like a rectangular lace-filled cage that resembles a coffin. Another one features tiered cascading lace that reminds me of Victorian mourning garments. I’m into it! ♦