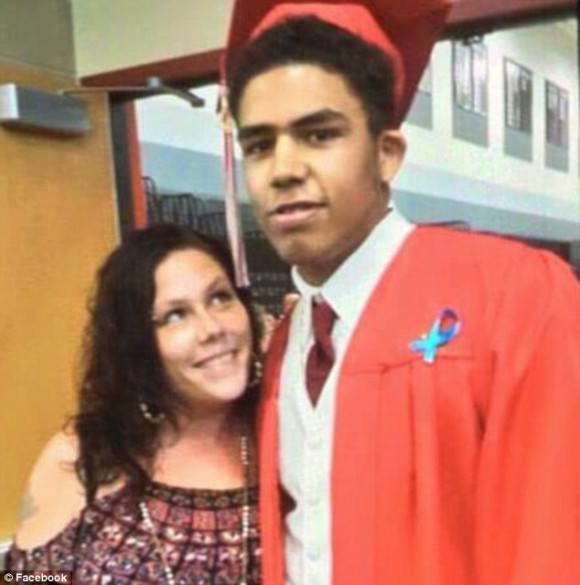 Photo of Anthony Robinson with his mother, Andrea Irwin, via the Daily Mail.

An unarmed 19 year old named Anthony Robinson was shot and killed by the Madison Police Department yesterday in Wisconsin. Protesters have gathered in Madison to demand justice for Robinson and his family, and for the release of the name of the officer responsible for Robinson’s death. Robinson’s mother has reportedly asked that her son not be “dehumanized by local authorities,” anticipating the poor media treatment of her son that Michael Brown and Eric Garner received.

Just this past Thursday, Pendarvis Harshaw wrote about the urgent need for a reliable database of information on deaths caused by police. At the moment, police departments are not required by law to file reports with the FBI, and in 2012, only 750 of 17,000 did so. Harshaw’s piece links to organizations that document incidents of police misconduct online, where we all have platforms to make sure this conversation around police violence doesn’t let up.

Backstage taken by my homegirl Rachel Demy. Oh, the glamour!

On Pitchfork, Molly Beauchemin wrote about how female music icons design their Instagram personas, and argues that Instagram might be “the only place on the Internet where women can project an image of their own design and control.” She looks at the Instagram accounts belonging to Kim Gordon (“the most tailored photostream”), Carrie Brownstein (“strangely conventional”), and St. Vincent (“smartly crafted, albeit sterile”), and describes how these musicians come across in their self-framed photos. 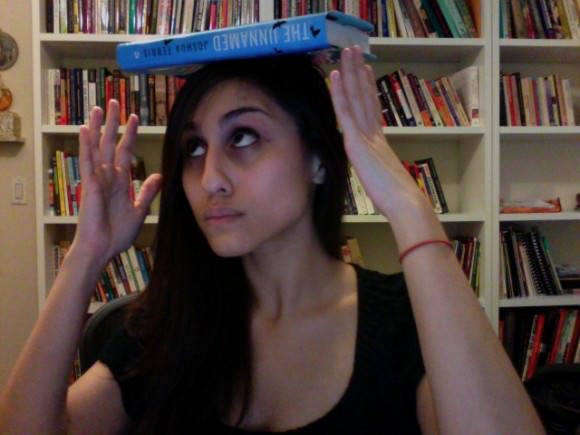 Photo of Durga Chew-Bose, via This Recording.

I really enjoyed reading this interview with writer Durga Chew-Bose, which is part of a series at the Guardian about women who write online. In the interview, Durga talks about how she started writing online, the women writers she loves to read, and about how women learn to edit themselves from a very young age. 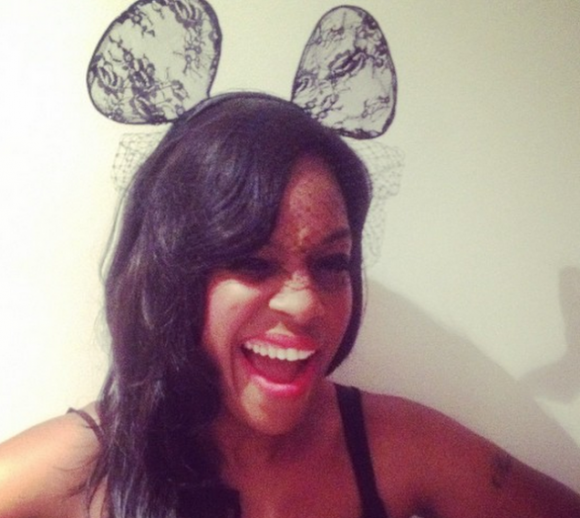 Photo of Caroline Watson, the stylist for One Direction, via Jezebel.

Brodie Lancaster interviewed Caroline Watson, the stylist for One Direction. Full disclosure: I know literally nothing about 1D, but this is a great read. The questions are well-thought and demanding, Caroline talks in depth about band’s various style epochs, and the piece is as much about hot young lads with beards as it is contemporary culture. There’s nothing more exciting than a conversation between two people who really, really, reeeeeally care about something.

There are a number of reasons why Kimye might appear to have the ideal relationship: (1) They’re babes; (2) They’re both ultra-beyond-comprehensibly talented, and rich; (3) They have a super gorgeous kid. The list goes on. But deeper analysis suggests that they are not clones of each other—one member of the supreme couple is a supporter, and the other is an inspirer. (Completely un)scientific research reveals that every relationship has a Kim and a Kanye—at least for the purposes of the Gawker quiz above. So, which one are you? Trick question: It doesn’t really matter. Either way, you win.

The universe has smiled upon us—a new Blood Orange single has been loosed upon the world, and it’s gorgeous. “Delancey” clocks in at just over two minutes long, but it doesn’t feel at all hesitant or unfinished; Dev is a master of brevity and he makes use of every nanosecond. 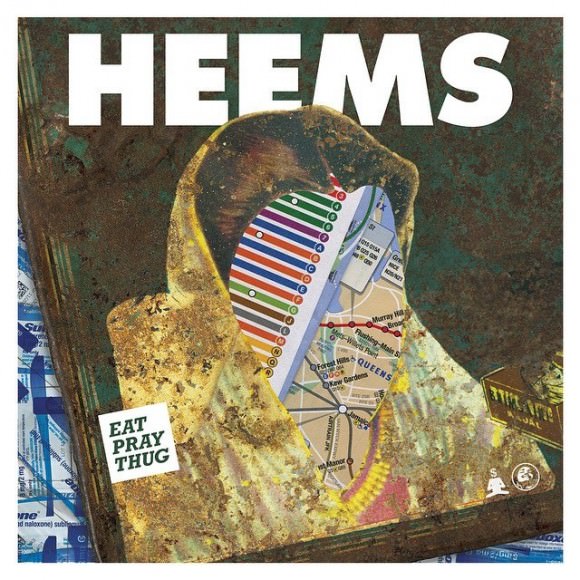 The former Das Racist MC Himanshu Suri, aka Heems, premiered his first solo full length album, Eat, Pray, Thug on NPR. Heems describes the album as “post 9/11 dystopian brown man rap,” and many of the tracks are concerned with race, culture, and diaspora, which he treats with his trademark mix of humor and gravitas. Bonus: The glorious and sad track “Home” features a cameo and production credit from Dev Hynes. 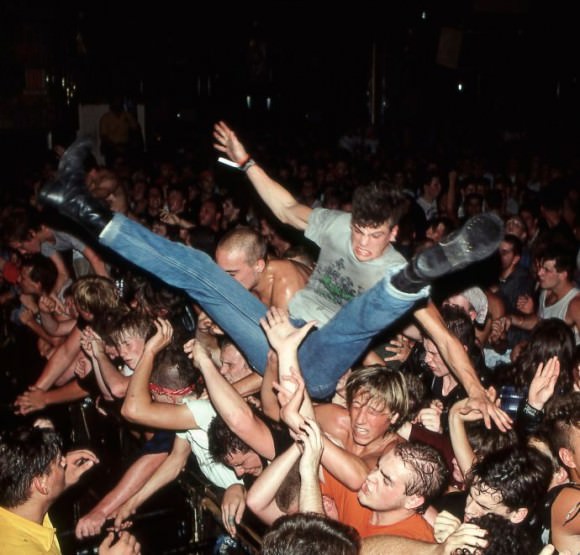 Photo by Frank White, via the New Yorker.

From 1980 onward, Los Angeles, Boston, New York, and Washington DC had some of the strongest hardcore scenes in the country. In an essay for the New Yorker, Kelefa Sanneh reflects on the achievements and shortcomings of New York’s hardcore movement. 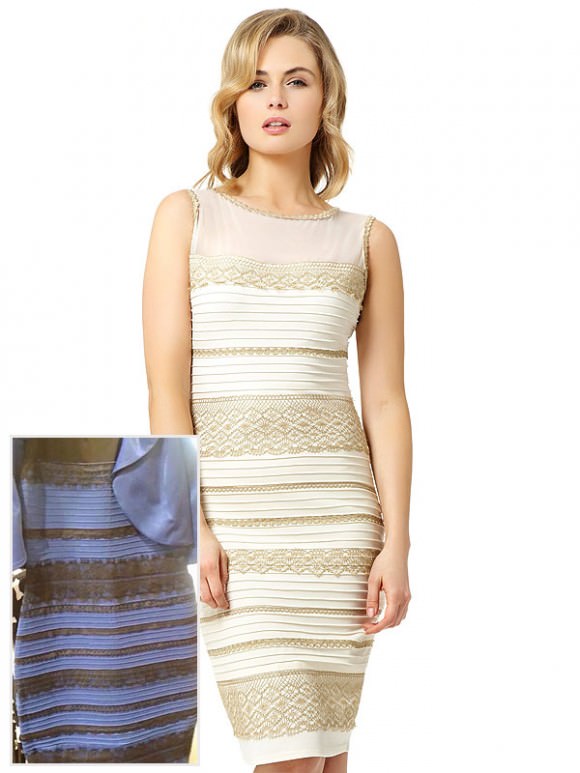 I am sorry (not sorry) to be talking about #thedress a whole week after it broke the world wide web. But, I come bearing charitable news! In the spirit of validating the optical illusion, Roman Originals—the makers of the dress and a small family-owned business—has created a one-off white and gold dress to be auctioned online for charity. Proceeds from the sale will go to Comic Relief, a British charity that works to end poverty. The dress can even be altered to provide the winner with the best fit. Even though my eyes (correctly) perceived the dress as black and blue, the IRL white and gold version is actually very cute and I hope it raises a lot of money. 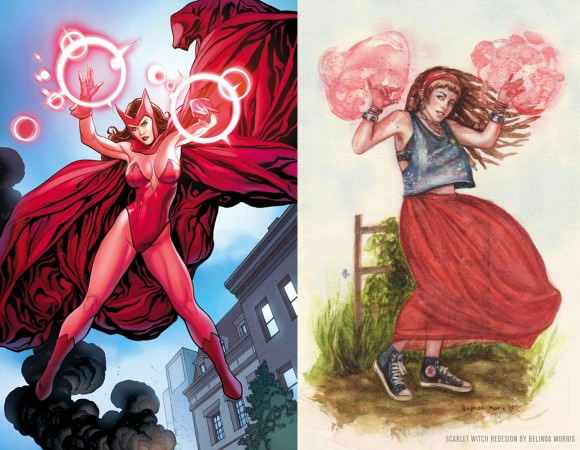 Gawker’s sci-fi website io9 an illustrated series of female video game and science fiction characters reimagined by female artists. The redesigns give the characters comfortable clothing and functional armor, as opposed to the standard skintight latex. Some of the artists reimagine more realistic bodies for these characters: Lady Death gets a breast reduction, and a medieval gown. The artist Belinda Morris returns the Scarlet Witch—pictured above—to her origins: “Since the Scarlet Witch’s origin story includes growing up in a Romani family I wanted her costume to reconnect with that—but with a modern twist.” 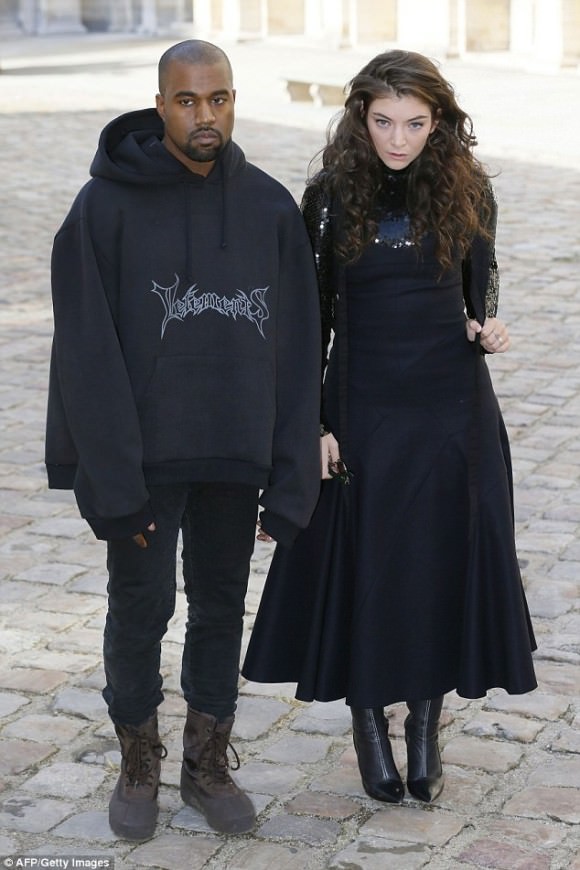 Photo by AFP, via the Daily Mail.

GOTH KANYE AND LORDE ALERT. This photo of Kanye West and Lorde at Paris Fashion Week schooled me on how to get in touch with my deepest gothic soul. I am so alive for his black metal Vetements hoodie and her sequined turtleneck. “Not smiling makes me smile,” Kanye once tweeted, and Kanye and Lorde not smiling together makes me smile. Collage this photo onto a prayer candle and light it whenever you need style inspiration in the form of BEAUTIFUL DARK TWISTED ROYALS. 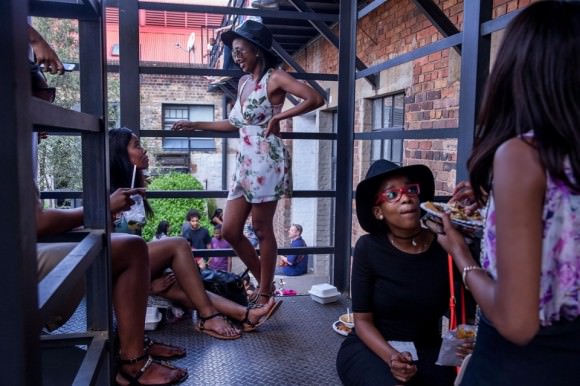 I often struggle to negotiate where I fit in between the haves and the have nots here in South Africa, where there’s huge economic disparity. Al Jazeera published a piece about Maboneng, a little island of privilege in Jeppestown, Johannesburg, where I hang out with my friends and do serious, arty-people things. The piece includes photographs that show people’s living conditions in the areas surrounding trendy Maboneng. I had no idea that people lived in such hard conditions just opposite to my overpriced party spots. I feel guilty about participating in a creation which has displaced and continues to exclude so many, all on the basis of money. 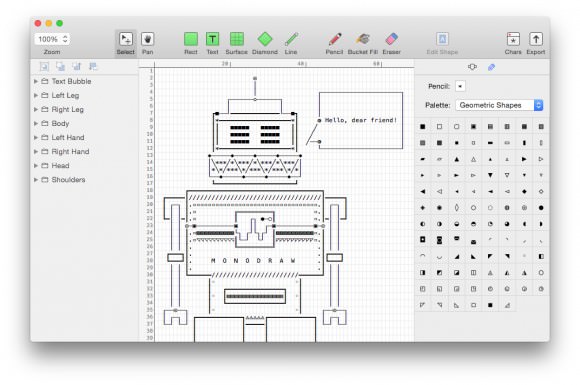 The indie software development studio Helftone has released Monodraw, an ASCII art editor for iOS. OK, I know that sounded extremely tech-y, but I’m sure you’ve seen (or even made) ASCII art without knowing it. ASCII art is a way of making images using only characters—an emoticon is the simplest form of ASCII art. It was used back when computers were too limited to display graphics, but now it’s more of a cool vintage curiosity. Technically, you can create ASCII art in any old text editor, but Monodraw has tons of tools that will help you create really complex designs with text alone. You guys, I’m excited! The app is still being developed, but until then, its beta version is available for free. 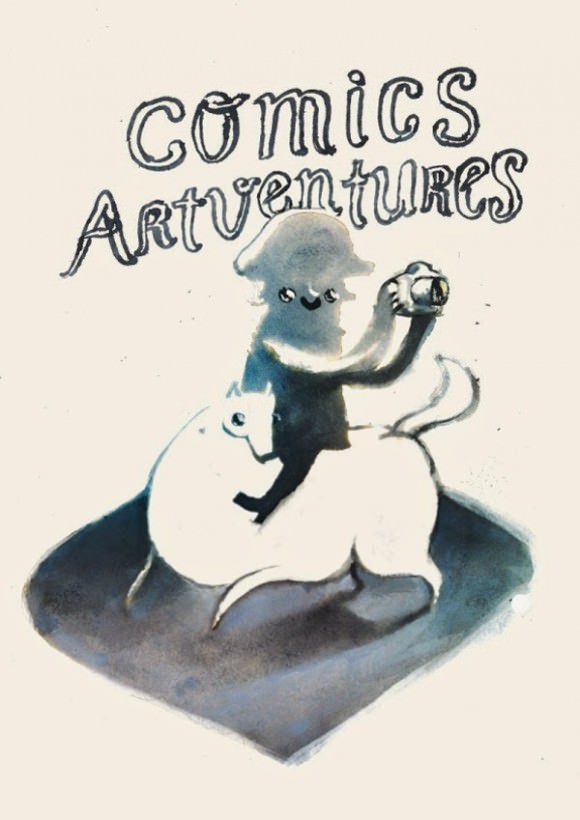 Kuš! komikss published Comics Artventures, a free ebook. The book is the product of an art project in which Kuš! invited a group of international comic artists to spend a week in the Latvian National Museum of Art. Each artist created a story inspired by a work of art from the collection. Download the ebook for free—or for as much as you can donate—here. ♦