My mom let me do basically whatever I wanted, within reason. 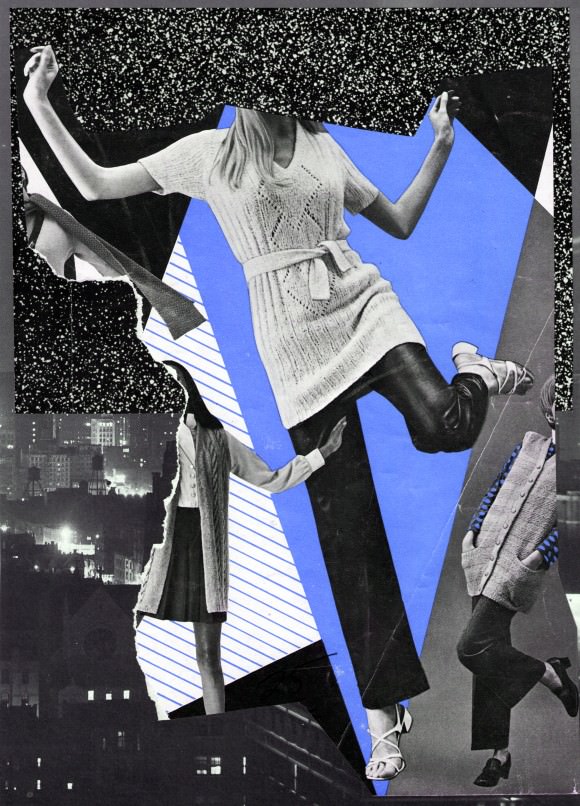 You know that innate feeling of wanting to be able to do what someone says you can’t? That incredible need to defy odds just for the sake of it?

Yeah, I never really had that. I got to figure out my own boundaries and limits because they weren’t set for me. My mom wasn’t, like, tossing condoms to me while I was in my room with a boy or anything, but we had a few rules that I had no real reason to break:

In high school I once ended up at a party with some good friends and some vaguely familiar acquaintances. Underage drinking was hella common in my neighborhood (though I was too scared to partake), but I knew things were getting weird when seedy older college dudes showed up to the party uninvited. They were already drunk or high or both, and starting fights with unsuspecting high schoolers.

Maybe I was being a bit of a wet blanket (I wasn’t), but I was getting oh-no-the-cops-are-for-sure-gonna-come-and-my-life-will-be-over vibes and asked my friends if they would just drive me home.

They wanted to stay.

Carless, license-less, and with nothing but a few bucks and a cell phone, I broke down and called my mom. “Can you come get me? I just don’t really feel comfortable here.”

I waited for my mom to show up in her old RAV4, hair wrapped for the night. She didn’t ask me why I felt so compelled to abandon the party because she didn’t have to. All she did was grumble, “Can’t believe you woke me up at three in the damn morning…” Our relationship was such that she knew I was making the smarter, more mature choice, and that’s all she needed to know. I asked her recently why she didn’t make a bigger stink about me disrupting her sound sleep (she’s a notorious insomniac) for a ride home in the middle of the night, and her response was simple: “I didn’t care really, Kilah. My baby needed a ride, so I gave my baby a ride.”

The day after the party, my phone wouldn’t stop ringing. Had I heard what happened?? After the cops came (shocker), some kids tried to drive home drunk, and though no one was seriously hurt, so-and-so totaled her car!

In that situation everyone was lucky. What if those college boys had hurt somebody or what if someone had died in the drunk driving accident? My teen years were saved from so many devastating “what ifs” because being allowed to do anything meant I really didn’t find the desire to. It’s like when you go to college and you realize you can skip class as much as you want—it all lands on you. You might go overboard with sleeping in, but it loses its appeal when you realize that it’s really not worth it considering how much money you’re wasting in the long run. I think my mother learned after raising three other children that the less you say “no” or overwhelm your children, the less likely they are to burn the house down when you’re away on vacation.

Being deeply analytical of situations has helped me in lots of ways. The thing about not having rules also meant rarely having a parent to jump in and save your ass in a shitty predicament à la Simba v. Hyenas. Sure, my mom came and got me when I was freaked out at that party, but I knew that couldn’t become a daily or weekly occurrence. She needed to trust that I wasn’t going out of my way to find danger, and I desperately wanted to feel mature enough to handle the responsibility of very little responsibility. There simply couldn’t be a “next time I’m in a dangerous situation” scenario without then having my privileges revoked.

Instead of stifling my very soul with rules and regulations, my mom disciplined me for developing bad habits. Phoning in an essay for AP English? That meant no cell phone. Forgetting to ask for a ride home in advance of a forensics practice? No competition that weekend. I got in trouble as much as anyone else, probably, but for things like breaking promises and being a shitshow when it comes to time management and organization, not for consciously doing something I knew was wrong.

I still made plenty of mistakes, though. As a college freshman, I secured two credit cards with outrageously high interest rates that I can’t imagine I needed at my small Kentucky liberal arts school. There was a Walmart downtown, the books were cheap, and part of my full-tuition scholarship included a free laptop. I didn’t want for anything. It was small-town easy living. Still, I found a way to purchase tons of take-out food, tacky clothing, and fancy face washes. ::sigh:: Had my mother been overbearing, I probably would have never been permitted to get a credit card in the first place. Many of my friends have parents that managed their finances (including paying for their cell phone bills far into adulthood) to a fault. And sure, it would have been nice to graduate college with less debt, but it’s a lesson learned, and I am now much more aware of how credit directly affects me than I would have been if my mom had login information for my bank accounts.

I also made mistakes with dudes, and had my heart broken many times. After every catastrophic break-up, my mother would let me know her opinion of the boy who had stepped all over my heart: “I knew he was a douchebag,” she would say, or, “He was never happy for you.” I think part of the benefit of not helicoptering all of my romantic decisions was that she had the opportunity to boast about her secret opinions without the additional sting of “I told you so!” In hindsight, of course I would have preferred to know her feelings about my boyfriends in the throes of it all, but I probably wouldn’t have listened. I had friends tell me their negative opinions of boys I’ve liked before, and I always chalked it up to their just not knowing him well enough, when they were actually right.

And, god, the hair choices I’ve made! My mother never had rules about my family’s appearance, mostly because we didn’t grow up with enough money to have solid options. My mom let me wear makeup as soon as I could afford to buy it myself at age 14, thanks to my weekend babysitting gigs, and was similarly lenient about my hair. So I chopped it all off once and dyed it jet black, thinking my jaw line rivaled Rihanna’s, but I ended up looking like a chicken nugget in Catherine Zeta-Jones’ Chicago wig. Earlier, in high school, I dyed my hair a slightly less bright shade of red than Ronald McDonald wears, and she cared very little. No rules means you can truly sample the entire buffet of life, and come to your own conclusions about what feels right for you. And hey, neon-red hair is a mistake I’ll never make again. (It might look good on you, but it was not the best on me.)

Clearly, trusting yourself doesn’t make you perfect. It just makes you more aware of the choices you’re making and more willing to accept responsibility for the crap choices you do make every now and then. When I look back at all the good and bad things that have led me to where I am now, I can feel responsible for all of it, and my relationship with my mother is great because I don’t hold a grudge over her choices. After watching me navigate the world with only the bare minimum nudges in the right direction, I think she respects me, too. It’s not the only way to grow up, but for me, it was the best way. ♦

autonomy breaking the rules family getting in trouble moms parents