How to Find a Mentor

Someone believes in you as much as you do. 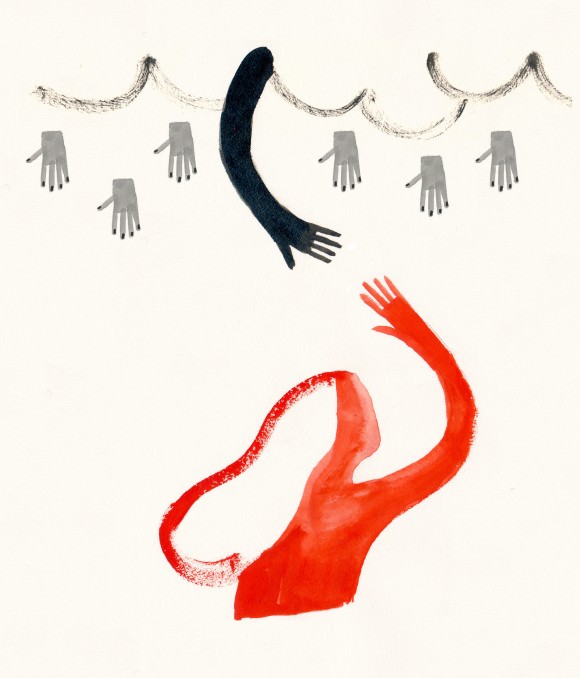 One of the hardest parts of being a young person who is creative or ambitious is getting people to pay attention to your goals and take you seriously—and sometimes that includes yourself! I remember being 17 and embarrassed to utter the sentence, “I am a writer,” even when I was alone in my room. I was sure that when I tried to send my work out into the universe, the universe would laugh. Or worse, I would hear radio silence, and feel that something so important to me didn’t matter to anyone else.

Instead of taking on the entire universe at once, it helps to find a mentor or sponsor. Good mentors are knowledgeable, accomplished professionals who do admirable work, and who offer advice and guidance without asking for anything in return. They can help bolster your confidence and champion your work, or even advocate for you and help you find opportunities to grow. They are generally awesome people.

My mentor in high school was Mrs. H., my English teacher. From the first day of class, I admired her commitment to making her students better writers. Other English teachers I had corrected comma placement or left ☺ on the margins of the page; Mrs. H. taught us how to structure arguments, understand and analyze complex literary devices like metonymy and synecdoche, and left long commentaries on our essays about how to improve our writing. She also offered us the opportunity to come to her with drafts and get her feedback during the writing process. I went into every meeting with her eager to spend more time with this person who was changing my whole understanding of writing. The more I came in to see her, the more I could tell Mrs. H. respected my efforts to grow as a writer. Once, she picked my essay as an example to share with the class. She didn’t say who the writer was, but I was probably so red with pride and embarrassment that everyone knew the paper was mine.

With her support, I could feel myself reaching toward that unattainable thing: being a “real” writer. I felt that someone I respected was taking my aspiration seriously, and helping me develop my abilities, and that meant everything to me! She was a notoriously tough teacher—one comma out of place in your works cited page, and she’d drop you a letter grade. But she was also fair (you could always ask her to check everything before you handed it in). Once I proved myself to her, she became more than just a teacher I could come to for support and encouragement—she became a sponsor of my work. She nominated me for the regional writing competition, and when I won, she was as excited as I was, and I realized how far she had helped me come.

There’s no reason why you can’t do whatever you want to do on your own, but having someone to support and motivate you can make a huge difference. The tricky part is that it’s pretty hard to go up to someone, tug on their sleeve, and say, “Will you be my mentor?”—especially because most mentor-mentee relationships are built over time, and with mutual effort. With Mrs. H., she knew I wanted her guidance and support because I sought it out, and she reciprocated, without me ever having to ask her to mentor me. But there’s also nothing wrong with asking someone to be your mentor! Here’s how Hazel and Jamia do it:

Hazel: I’ve collected mentors since high school in one way or another, and it always comes down to shared interests. For me it’s always been, “Hey, you’re really into X. I am young and want to know more about that: Where should I start learning about X?” I think older people, especially writers, are tired of being approached for blanket “writing advice” or “career advice.” There’s nothing wrong with emailing someone, or approaching them in person, for advice about specific things you know they can offer as the person they are—and not just as a person who has the career you want.

Jamia: I used to seek out older or more experienced women of color or women in mostly male environments for advice and support, and in most cases they were open to starting a relationship with me. People always respond to sincere recognition of their work and deeds.

The other challenge: Finding someone you’d want to have as a mentor in the first place! It helps to start by thinking of someone you admire, and what you find inspiring about them. Is it their work ethic, leadership abilities, or artistic skill? Getting specific like that might sound obvious, but there are people I look up to for their whole being—from the way they write to their haircuts—so it can be helpful to try to figure out what it is, specifically, that draws you to them. That way, you’ll know what you want to ask them about when you reach out.

When you email this person, be specific about why you’re contacting them: It shows you have a clear reason for asking them for their time. Most people are super busy with their own careers and lives, and will probably respond better to a stranger asking for precise information or guidance, rather than for 30 minutes to “pick their brain,” which is not only a vague way of asking for advice but also a kinda creepy phrase. Tell them what makes you an admirer of their book, art, business, organization, what have you, and that you’re hoping to join their field. Then, like Hazel said, ask them a specific question or two: What books were they reading when they developed their project? Whose work do they look up to? If this person lives in your town or city, you could ask if they have time for you to treat them to a coffee at a public place, like a café. If they don’t live nearby, you could ask if they have time for a short call. Thank them sincerely, and end! You’ve established that you know their work, would like to connect, and that, by being brief, you respect their time.

Hopefully, if they are kind and generous, they will get back to you. This might take a while, as growing a relationship with a potential mentor will, and it might flop.

Tova: I really loved [one professor’s] classes and took all of them, and then just began to email him for more book recommendations or readings because he had the greatest taste in literature. Then I would start borrowing books from his office, emailing him to talk about some of the stuff he had lent me or ask about events happening in the city. So in that sense we got close very naturally but also as a result of my persistence, which doesn’t always happen. I have a professor at my new school whom I really admire and tried to do a similar thing–email for recommendations, stop by her office to talk–but she was busy AND disinterested.

You might discover you don’t have as much in common with the person as you thought you did, or they don’t have time for you, which is OK, because it’s their time to give. Either way, keep doing your thing. Great people who want to help you could start coming your way:

Arabelle: Luckily, my mentors kind of came to me, actually? I put myself and my work out there, and the people I looked up to hit ME up. I observed their work ethic, and followed suit. Now, I know that there’s no one way to success: They’re all just tireless and hungry and being around them helps me continue to be the same.