Just some of the things he likes, you know? 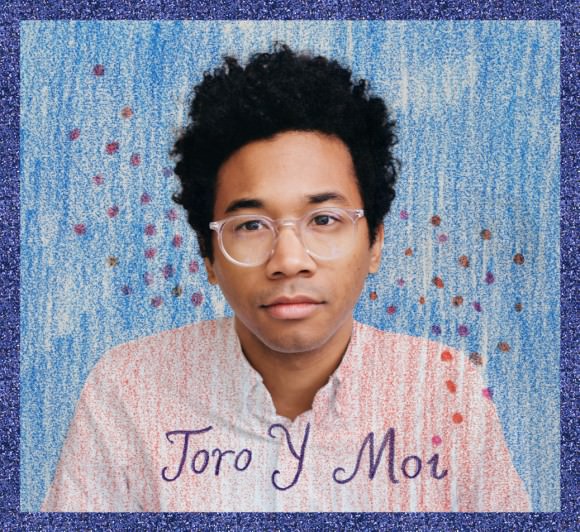 Collage and illustrations by María Inés.

Chaz Bundick, aka Toro y Moi, is a lover of Justin Bieber and The-Dream who has been known to write the kind of song he thinks his girlfriend (now wife) will want to dance to. Last year, Chaz released Michael, an album he created under the name Les Sins. This year, he has already released three perfectly springlike pop gems: “Buffalo,” “Empty Nesters,” and “Run Baby Run,” from his new album What For?, which comes out on April 7. On the phone, he was super laid back, and we were super glad to catch up with him about what he’s into.

1. Vans Authentic sneakers. I love getting a brand new pair of white Vans. They’re the only shoes I wear. They’re plain and simple. No matter how old you are, you can wear them for whatever, wherever. I probably got my first pair when I was, like, 12—I got into them when I started skateboarding. I was looking for something I could wear every day that wasn’t a chunky skate shoe. Since then, I’ve definitely fine-tuned my aesthetic, but it hasn’t changed much.

2. Hiking. I really like nature and being outdoors, especially hiking and camping. I live in Berkeley, [California,] so I go to Lake Tahoe, Big Sur, and Yosemite National Park a bunch. At Yosemite, I hiked past Half Dome, and it was so beautiful. It’s like the top of a canyon, but you’re able to go higher than the most of the cliffs—it’s crazy.

3. Midcentury Danish furniture. I don’t own any Danish furniture—I just appreciate it. It’s timeless. It’s classic. The craftsmanship is usually really awesome. It looks good in any home, whether you live in an old house or a carpeted apartment. I’d like to think I’m pretty practical. I keep things as minimal as I can. I don’t even like to have things on my walls ’cause I get bored of them too fast.

4. Weezer by Weezer. I discovered it when I was in fifth grade. I was, like, 10 or something. What I liked about it then was that my dad gave it to me. “Buddy Holly” was the song that caught me. Now I like everything from the cover to the songwriting—it’s super cohesive.

5. Rock documentaries. I really like the recent Jimi Hendrix documentary, the Big Star documentary, the Arthur Russell documentary, and the documentaries that the Rolling Stones did, like Gimme Shelter. You get to see, a little bit, the personal side of musicians—what they were thinking, what their tack was, how they made decisions, and how they worked with other people. It’s interesting how, really, no one’s a crazy genius at music. They’re all just doing what they like, you know? I really appreciate that. ♦