Friday Playlist: Hanging Out With Mulder and Scully

Saturday Links: All That Jazz Edition

The FBI Agents Dana Scully and Fox Mulder don’t have a lot in common: Scully is a stoic realist, while Mulder’s theories are a bit more…supernatural. Every time Mulder points the finger to ancient creatures and aliens as criminal suspects, Scully probably rolls her eyes when he isn’t looking. But even though they’re different, they’re pretty great at working together to kick some alien ass. These songs are mysterious and otherworldly, but they’re easy to get emotionally, reminding you that sometimes the world (or the universe!) is easier to understand than it seems.

Photo of Gillian Anderson and David Duchovny as FBI Agents Scully and Mulder, via Pinterest. 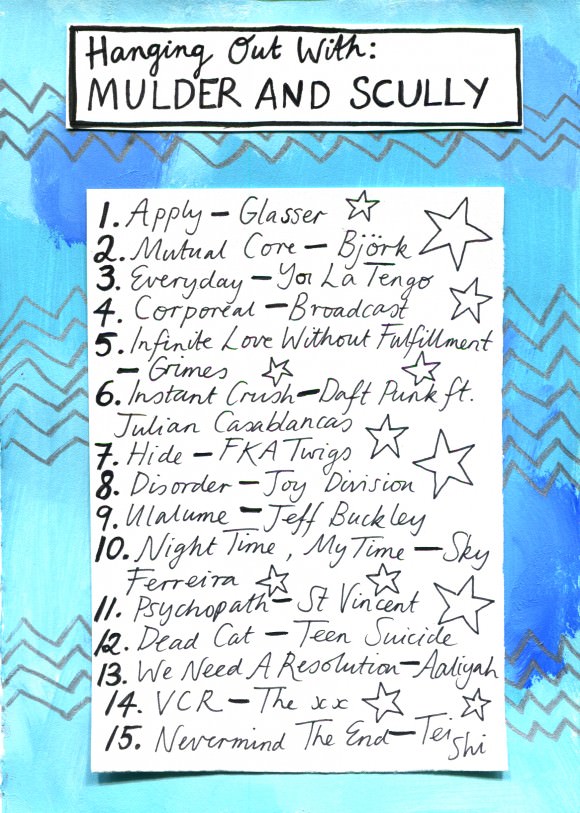