Plus Zayn speaks, Margaret Atwood loves Game of Thrones, and a chance to curl up in a Big Mac.

Sunday Comic: The Eyes Have It 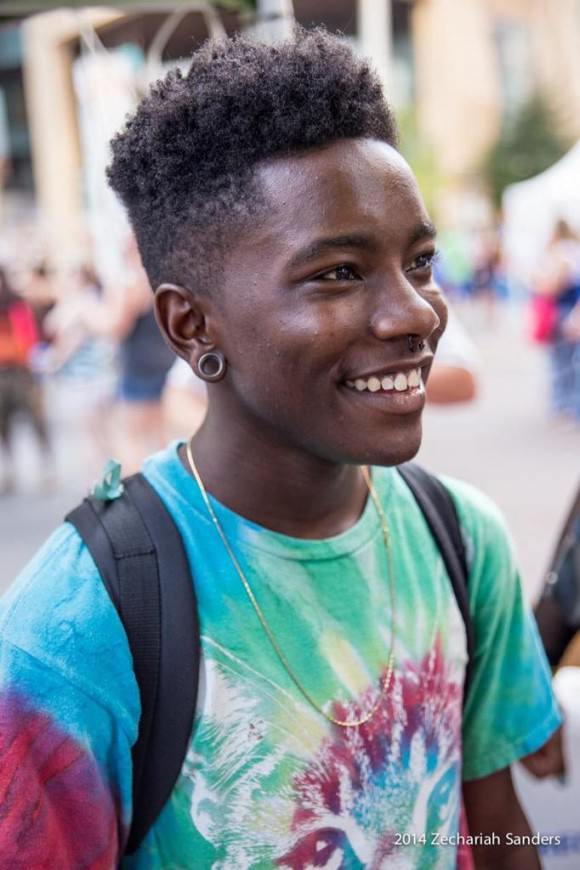 Photo of Blake Brockington by Zechariah Sanders, via Advocate.com.

The transgender youth activist Blake Brockington passed away this week, at 18 years old, as the result of suicide. Last year, Blake graduated from East Mecklenburg High School where he was crowned homecoming king. His win was the first for an openly transgender student in Charlotte, North Carolina. Earlier this year, Blake spoke about his experience transitioning and coming out in a Charlotte Observer feature, and described the stress and negative attention that followed his nationally recongnized homecoming win. “Really hateful things were said on the internet. It was hard. I saw how narrow-minded the world really is.”

After high school, Blake was active in Black Lives Matter protests, and was a speaker at his local Transgender Day of Remembrance rally. Blake would also post such smart insights on sexuality, race, and how we might break the gender binary to his Tumblr. Here’s just one example of his brilliance, which he shared alongside some pictures of himself wearing “spinerooni skirts”:

After trying to come into myself, I decided to try killing every piece of me that was feminine because I was introduced to this “masculinity requirement” to pass as male and to be “trans enough” in general. For the past year and a half, I’ve been telling a lot of my friends to BREAK THE BINARY and I’m finally at a point where I have started to ease myself into physically expressing the boy inside. I’m very happy about this because I feel like, not only as a transman, but as a transman of color, my community isn’t generally happy about bois that are okay with their “femininity”, but I am finally realizing that I can’t really kill the person that I already am. I shouldn’t stop myself from feeling cute as fuck just because other people might not feel comfortable with it. It will probably take time until I can wear this out and about, but I am proud of myself for being able to put this on and take these pictures and make this post and not care too much about it.
I’m still a KING.
Blake (he/him/his)

For all the heartbreaking news this week, there was also a well-deserved celebration of the greatest tennis player in United States’ history. As part of Serena Williams’ Vogue magazine cover story, the supreme made her own playful version of Beyoncé’s “7/11” music video. I have nothing but heart eyes emoji LOVE for this, and you can watch it above.
Estelle 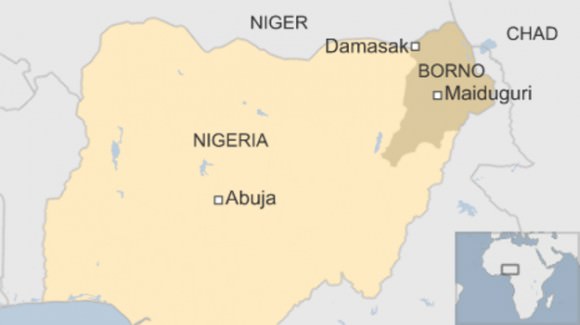 Map of Nigeria and its borders, via the BBC.

I was saddened to learn that Boko Haram has kidnapped an estimated 500 people from Damasak in northern Nigeria. Residents of the town report that around 50 women and children were also killed. Facts around the tragedy are unclear, with some news outlets reporting the victims were women and children, and others reporting they were boys, while the Nigerian government flat out denies the truth of Damasak residents’ claims. Almost a year ago, Boko Haram kidnapped more than 270 girls in Chibok, and they are still missing. It’s horrifying that children continue to be the victims of an insurgent group’s violent campaign. 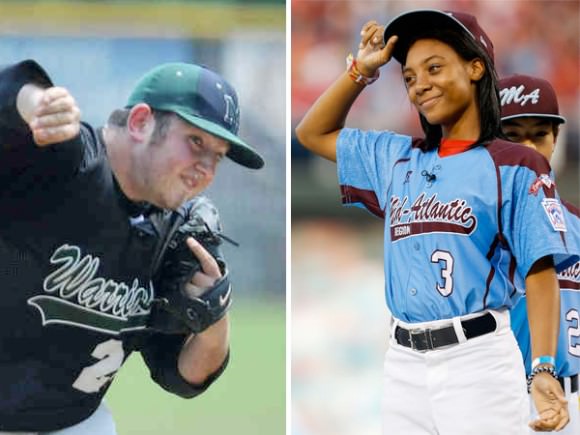 Insults can be difficult to forgive, which is why I admire Little League star Mo’ne Davis’s response to an awful slur from Bloomsbury University baseball player Joey Casselberry. When Casselberry lost his place on the team for his comments, Mo’ne went out of her way to ask the university to reinstate him. Her comments on ESPN’s SportsCenter show how gracious she is: “Everyone makes mistakes and everyone deserves a second chance.”
Alyson 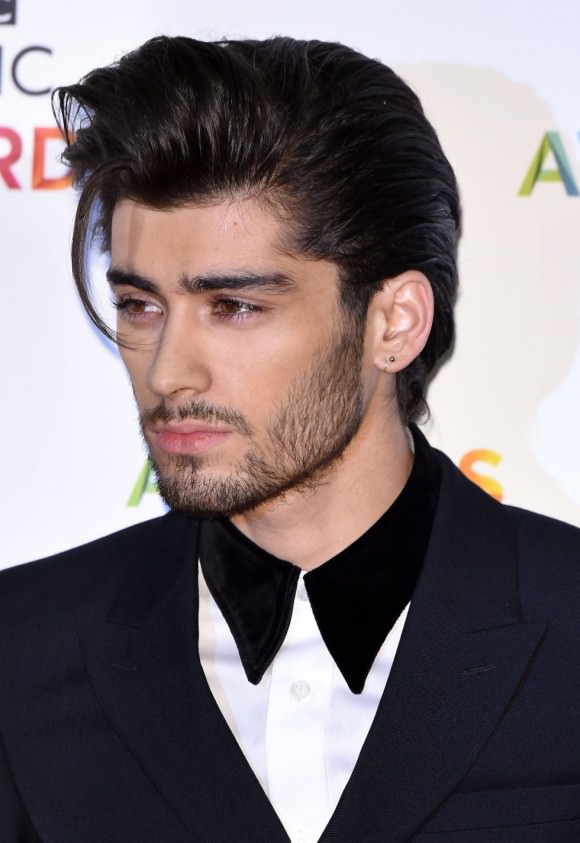 Photo of Zayn Malik, via MTV.

The departure of Zayn Malik from One Direction has had people everywhere feeling caught on the wrong end of a momentous break-up. Although it doesn’t make us feel much less distraught, in his first interview since leaving 1D, Zayn promises that it’s not us, it’s him: He’s been unhappy under the spotlight for a while, but was sticking it out for the sake of the fans. My heart has been warmed by 1D fans’ support of Malik’s decision to “be by [himself] for a bit.” Congratulations, Zayn, for being strong enough to take a step back from the allure of 1D’s pop dictatorship. Do whatever makes you grin that heart-thawing grin! 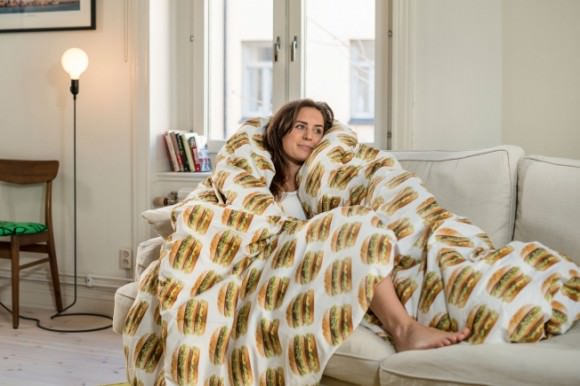 Photo of a woman enjoying a Big Mac printed duvet cover, via Adweek.

At a McWalk fashion show in Stockholm, Sweden, the trailblazing fast food chain (or ‘disgusting communist pig’, if you’re more of a Taco Bell kind of animal) McDonalds released a Big Mac-themed collection of bedspreads, wallpaper, athletic leggings, and THERMAL UNDERWEAR. Tbh, what else could keep you more comfy than underwear emblazoned with America’s favorite slab of meat? That’s what I thought.
Chanel 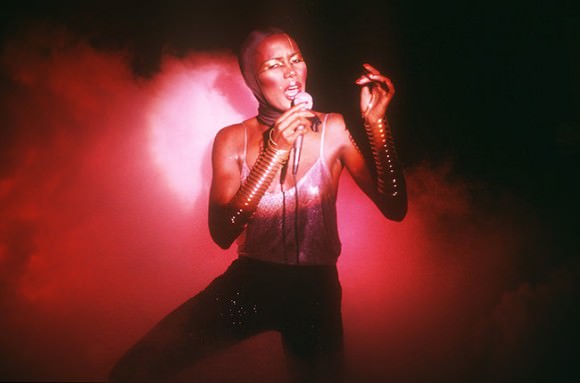 Photo of Grace Jones performing in 1980, via Billboard magazine.

BBC Film has commissioned a documentary about Grace Jones, aka one of the greatest people to ever exist on this earth. There’s no word yet on the official release date, but I’m so excited to see what’s in store. If you aren’t familiar with Grace, YOU NEED TO BECOME FAMILIAR. Some people say that the ’70s and ’80s were Grace’s peak. During that time she became popular in New York social circles, and she was super influential in fashion, music, and art scenes. But I would argue that Grace Jones has never left her prime. Anyway, it’s time for me to dance it out to “Slave to the Rhythm” for a few hours while I calm down from this wonderful news. 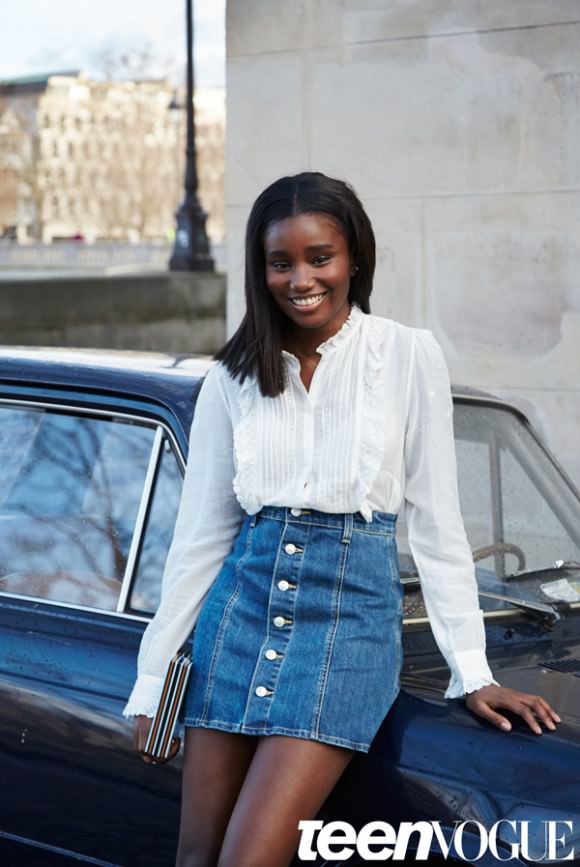 The breakout star of the movie Girlhood Karidja Touré, is featured in Teen Vogue‘s April issue. In the interview, Karidja talks about shopping, traveling to promote the film, and reveals how she got the part. The actress was spotted at an amusement park—of all places—and asked to come in for auditions. The rest is history; very very cool history, at that.
Meagan 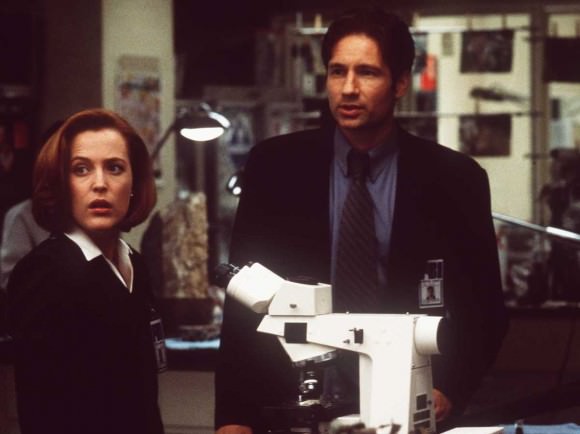 Photo of Gillian Anderson and David Duchovny as Dana Scully and Fox Mulder in the X-Files, via NPR.

X-PHILES REJOICE! My heart grew a million sizes this week when Fox announced that The X-Files will return for a run of 6 episodes. The show follows FBI agents Dana Scully and Fox Mulder as they investigate paranormal phenomena and a government conspiracy to conceal the knowledge of aliens from the public. Maybe these new episodes will tie up Season 9’s loose ends. Like, what happened with the alien colonization of earth that was scheduled for 2012? What became of their son William? And does Mulder still snack on sunflower seeds? Here’s hoping all questions will be answered, and that the new series does justice to the original! 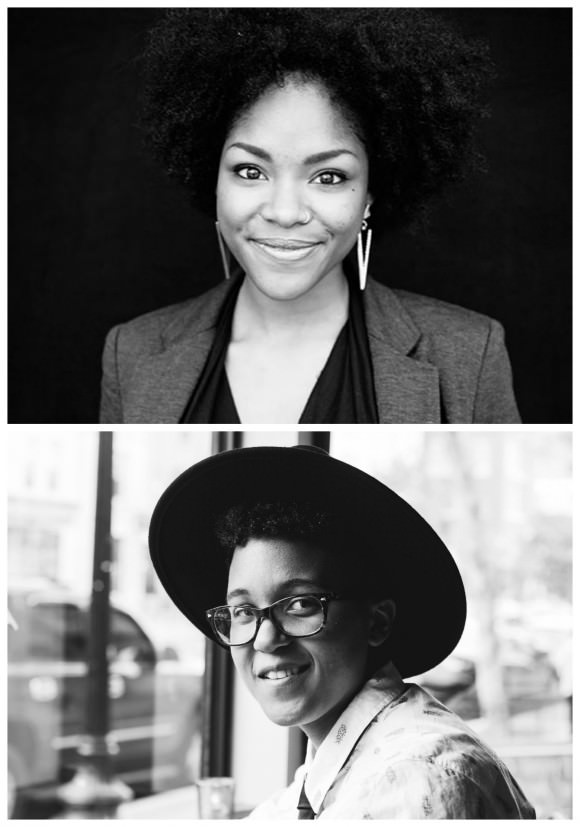 Photo of the founders of Butchbaby & Co., Michelle Janayea (top) and Vanessa Newman (bottom), via Colorlines.

Two entrepreneurs are creating maternity wear for masculine, queer, and trans people. Butchbaby & Co. CEO Vanessa Newman, and Chief Designer Michelle Janayea, specialize in clothing that allows people to stay true to themselves while they grow a baby person in their bellies. Their ethos—”don’t change just because your body does”—came out of Newman’s realization that one day she would want to have a child, and wear clothes designed to fit the person she is. 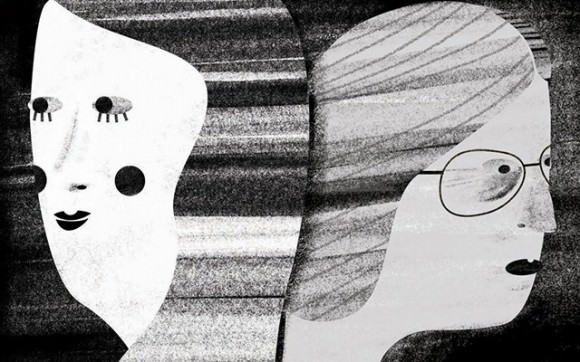 Illustration by Michela Buttignol, via the New York Times.

In an op-ed for the New York Times, the actress, director, and envoy to the United Nations, Angelina Jolie Pitt revealed that she has undergone surgery to have her ovaries and fallopian tubes removed. She took this decision after receiving blood test results that indicated possible precancerous cell activity. I think it’s brave of Jolie Pitt to share her story with other women. 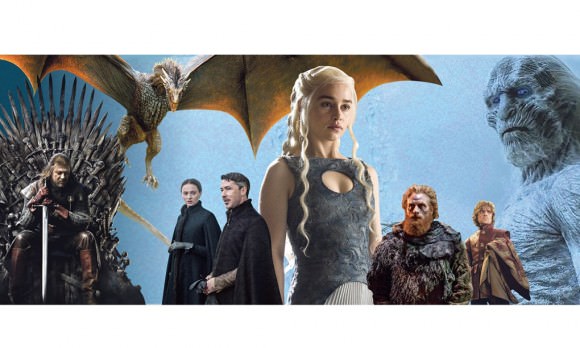 Literary gift to humanity that she is, Margaret Atwood wrote an awesome piece for the Guardian about how much she loves Game of Thrones. The essay is a nerd-out sesh of the highest order. Atwood reveals that she is on Team Targaryen—because you can’t not be rooting for the Mother of Dragons.

Prurient’s new track “Dragonflies to Sew You Up” was named Best New Track by Pitchfork this week. Listen to it above—it’s the kind of music that feeds your innermost misery…but in a comforting way. ♦