Why Can't I Be You: Harlo Holmes 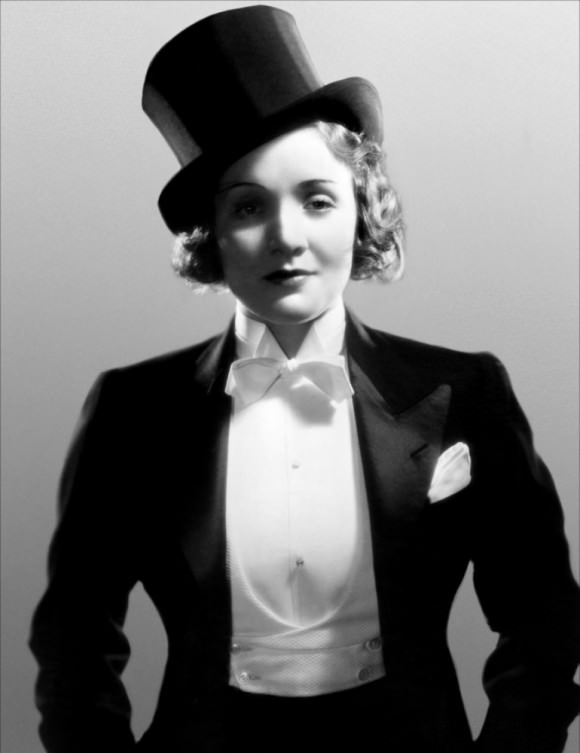 A stone cold Marlene Dietrich in a still for the 1930 film Morocco.

The early 1900s, while brimming with glamorous lewks, were a pretty crappy time for anyone who was not a straight, white, cis man. Women were required to look feminine because gender and sexuality, among other things, were very rigid; there wasn’t a lot to play around with.

When I started to shift my gender expressions in early high school, I was also going through an obsession with ’20s and ’30s style. I first saw the German actress Marlene Dietrich while rifling through Tumblr, looking for inspiration. She starred in dozens of films in the 1920s and ’30s, and was known for her dazzling, sophisticated, ice-queen looks. While she did deck herself out in some beautiful gowns, she really stands out as one of the first famous women in history to ever wear a full tuxedo. 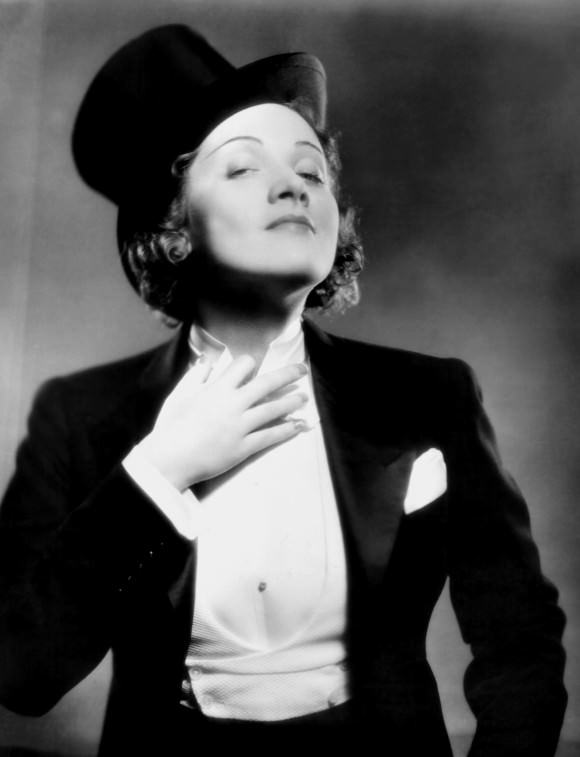 People used to argue (and, ahem, sadly still argue) that women who didn’t dress in conventionally feminine attire would look ugly. I want this picture of Marlene tacked up on every available surface in the world. Not only does she look good—disproving this silly idea—she looks damn good.

This is the outfit Marlene wears during her opening number in the movie Morocco, during which she, um, kisses another woman. This was a time when homosexuality was still illegal in most of the world. That a famous actress openly seduced another woman—while wearing men’s clothing—was a huge deal! Marlene broke that barrier down with elegance and style. 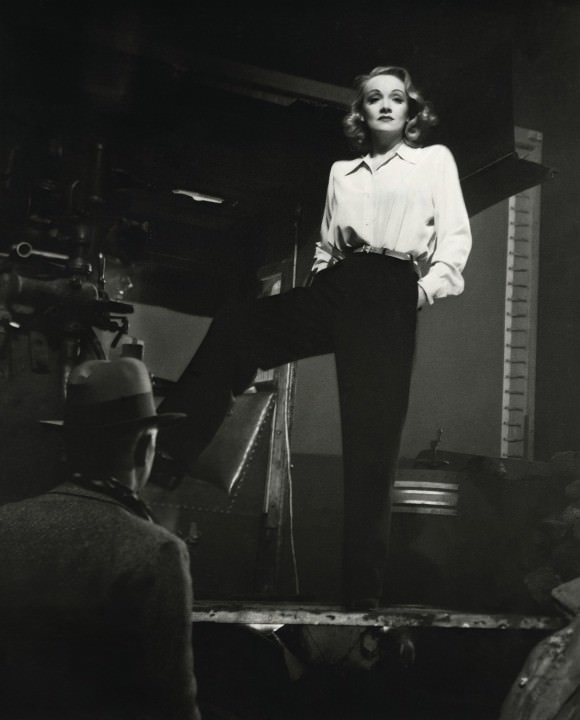 Marlene’s look took cues from German Expressionism and Art Deco, contrasting light and dark with her immaculately curled hair, sharp suits, and flawless makeup. The endgame is vicious, cocky, and confident. I endlessly admire how unafraid she was to appear intimidating. In these pictures, you see from the way she smirks and how she stares down the camera that she doesn’t care if you don’t like her. She does what she wants. 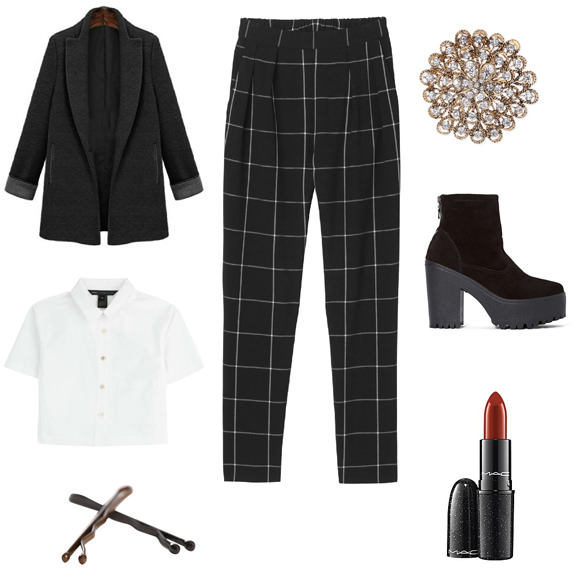 Put on a dark suit, practice contouring makeup, and slick your hair back. Now get out there and take on the world! ♦