Plus internet art, so much Kanye news, and fashion grandpas.

Sunday Comic: I'll Do What I Want! 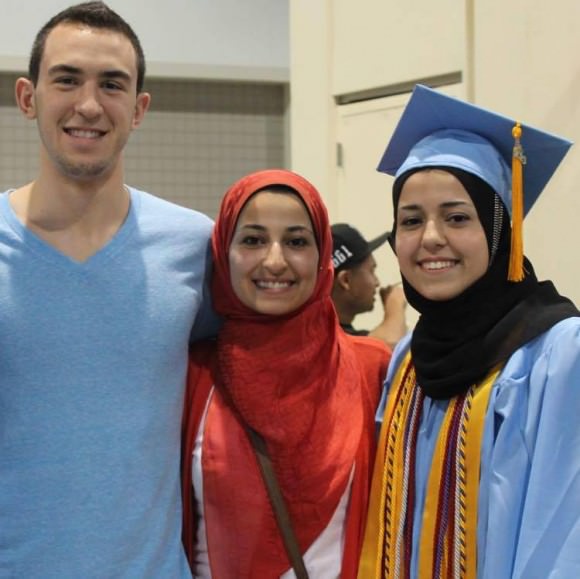 The victims of this shooting were all Muslim. Their killer, a white man, was not. In the wake of their murder, media outlets have claimed that this horrific crime was motivated by a parking dispute. This essay by Dr. Mohamad Elmasry for Al Jazeera cuts through the media bias that inflects how white criminality is reported:

Western media outlets will likely frame the most recent perpetrator of what some speculate is an anti-Muslim crime in the same way they frame most anti-Muslim criminals – as crazed, misguided bigots who acted alone. If past coverage is any indication, there will likely be very little suggestion that the killer acted on the basis of an ideology or as part of any larger pattern or system.

Elmasry highlights the hypocrisy of media that readily calls Muslim criminals “terrorists,” but treats anti-Muslim hate crimes as nothing more than a series of isolated incidents. It’s a dangerous narrative that creates an atmosphere which is subtly permissive of anti-Muslim hatred and violence.

I wish strength and love for the grieving friends and families of Deah, Yusor, and Razan, and hope that more news outlets treat this shooting—and the disturbing wider trend of anti-Muslim violence—with the gravity it deserves.

Guys. I have a bit of news. I am going to be editing an anthology called Not That Bad: Dispatches From Rape Culture.

Roxane Gay and Ashley Ford announced that they will be co-editing an anthology about rape culture with Harper Perennial. I loved Gay’s books Bad Feminist and An Untamed State, and I’m a huge fan of Ashley Ford’s work at BuzzFeed. This collaboration will be like Batman and Superman teaming up to fight the supervillain, and the supervillain is the patriarchy. 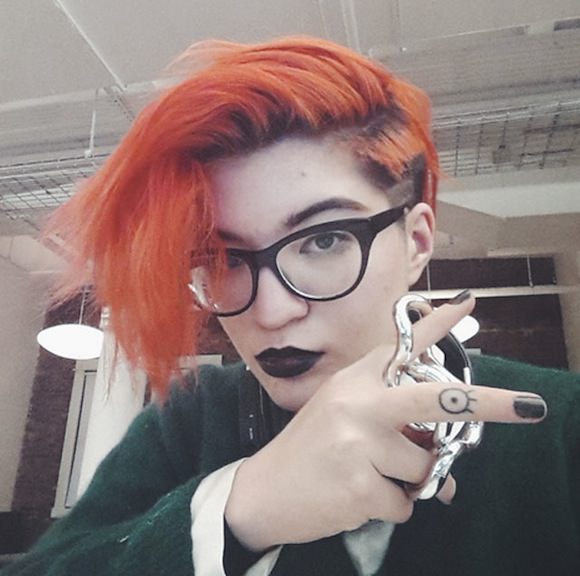 Photo via the Hairpin.

Over at The Hairpin, Sara Black McCulloch interviewed our Arabelle about self-care, monstering, and being a cyborg. The way Arabelle thinks, talks, and writes about her relationship with her body always gives me lots to chew on.

One of our story editors at Rookie, Amy Rose, was caught rollerblading around her apartment by the filmmaker Columbine Goldsmith for Dazed Digital and Racked. The video is a delight, and the accompanying interview discusses a gamut of topics, including accidentally dying your skin purple and what feminism means to her.
Derica 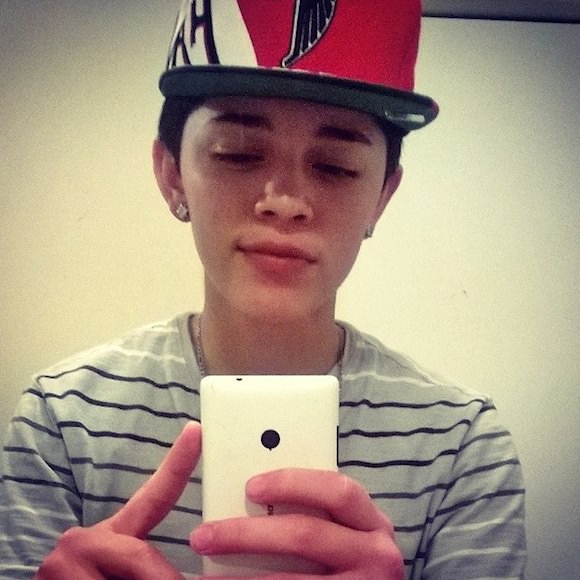 Photo of Jessie Hernandez, via Feministing.

Last weekend, over 800 people gathered for the funeral of Jessie Hernandez, a queer Latina teenager who was shot dead by Denver police in January. This week, the spotlight has been on witness testimony from the other passengers in the car at the time Jessie was killed, which directly contradicts Denver police’s account of the shooting—they say they fired because Jessie presented a threat to their safety.

According to the Democracy Now video linked above, only after Jessie was shot did the car career out of control and hit an officer who sustained a fracture. Jessie was dragged from the car and onto the ground, where she was searched, and handcuffed while unconscious. As well as meticulously outlining the details of this case, the video feature also contains some powerful analysis of police brutality and violence against queer and Latina youth. 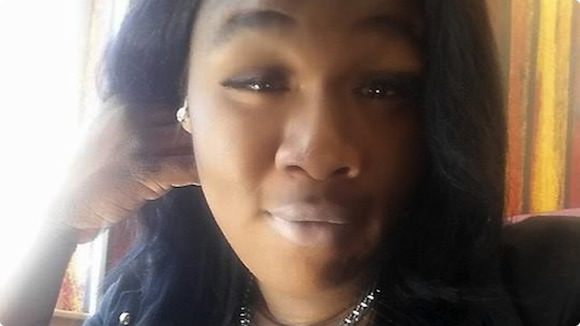 Photo of Penny Proud, via BET.

On Tuesday, Penny Proud was fatally shot in Treme, New Orleans. Penny was a 21-year-old black trans woman, and her death marks the fifth murder of a trans woman of color this year alone. BreakOUT!, an organization which aims to end the criminalization of LGBTQ youth, released a statement which is worth reading in full. Here’s an excerpt:

The silence and lack of action from media on behalf of the black transgender community sends a strong message that black trans lives, in fact, do not matter. When these deaths were covered, they were often not given the respect they so deserve. Transgender women are often misgendered in news reports, and their stories are often riddled with patronization and condescending opinions from reporters. We are calling on the media to respect all transgender people and their families by using the correct pronouns and names for transgender victims and use current photographs to allow our community to maintain dignity both in life and in death.

“Self Portrait as a Youn Man” by Ficre Ghebreyesus via the New Yorker.

The poet and academic Elizabeth Alexander published an essay in the New Yorker called “Lottery Tickets.” It documents the loss of her husband, the artist Ficre Ghebreyesus. The essay is a staggering meditation on love, family, and mourning—everyone should read it.
Shriya 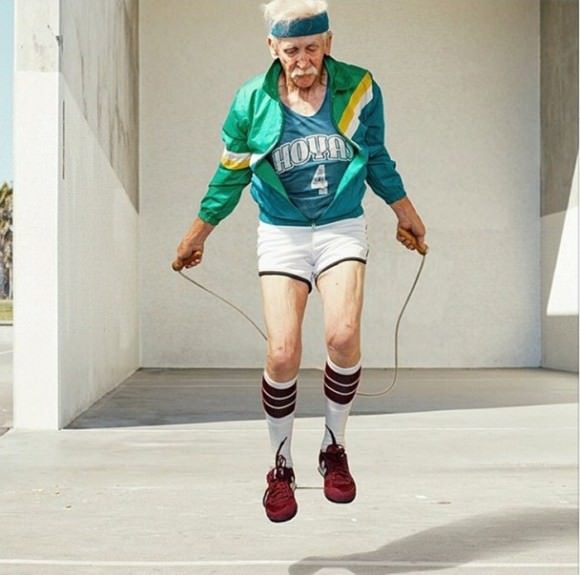 Photo by Fashion Grandpas, via Another Magazine.

My personal style is a cross between an old man and a teen boy, so you can imagine my utter delight when I read this Another Mag feature on an Instagram account called Fashion Grandpas, dedicated entirely to the flyest-dressed senior citizens. I have fashion inspiration for MONTHS to come, thanks to the photographer Christina Belchere, who documents the style of New York City’s 70-plus crowd. I’m buying a tweed suit with elbow pads pronto thanks to this thing!
Amy Rose 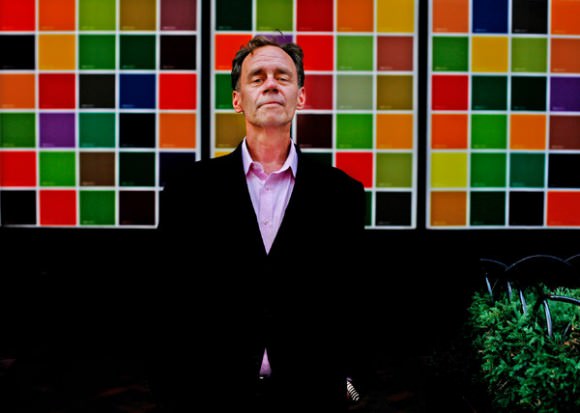 Photo of David Carr by Stephen Chernin/AP, via the New York Times.

David Carr, a longtime media correspondent for the New York Times, passed away at age 58 this week. His writing was beloved by his readers, and if you’re unfamiliar with his work, the essay “Me And My Girls,” excerpted from his memoir The Night of the Gun, is an excellent introduction as to why. David Carr’s friend and NYT colleague, the writer A.O. Scott, remembered him as an iconoclastic journalist and human being in this heartwrenching, beautiful eulogy, and the paper’s “The Quotable David Carr” is a cross-section of the prodigious charms and talents that evince Carr as the journalistic lion—and immensely kind person—that he was.
Annie

Kanye West pulled a semi stage-hop at the Grammys when Beyoncé was once again snubbed by the powers that be, this time for the Album of the Year award. In the midst of the controversy that threatened to cloud around this move, I re-read “In Defense of Kanye’s Vanity: The Politics of Black Self-Love” by Heben Nigatu. Kanye always faces an onslaught as a black man who speaks his truth, and so many of the points that Heben articulates resonate with me as a white/mixed trans woman abuse survivor. Sometimes it’s just worth saying Fuck Modesty!, which also happens to be the title of this selfie blog that I love (it includes nudes, so click at your own risk if your parents are afoot).
Caitlin D. 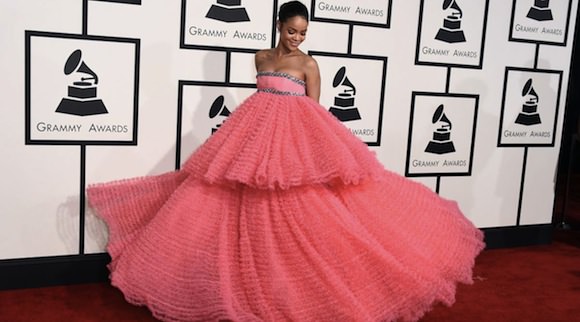 I imagine that kids of the future will gaze at us wonderingly and ask, “What were you doing when the ninth planet was discovered?” They will be referring to when Rihanna walked down the red carpet at this year’s Grammy Awards ceremony in a huge, bright pink Giambattista Valli dress. For proof of its celestial importance, we need only turn to this aerial view of the Grammy’s audience. Which of the night’s attendees has become the governess of her very own ecosystem? WHOSE DRESS CAN YOU SEE FROM THE CEILING? Rihanna, I will celebrate your ability to be the frilliest, most visible person in the room just because you can, for eras to come. 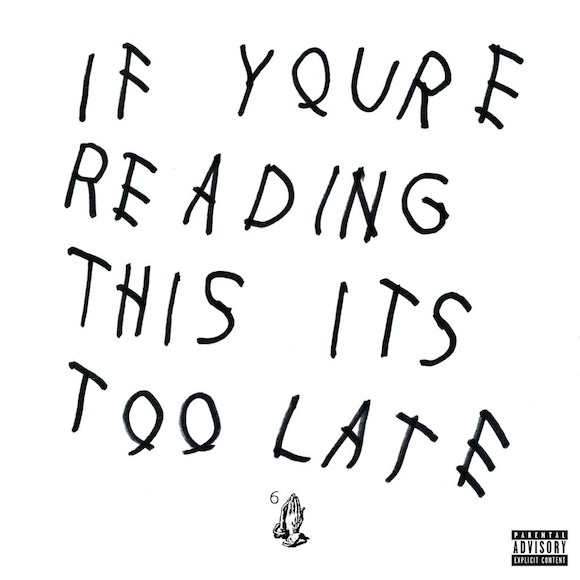 I was busy waiting for his rumored new album Views From the 6, when Drake went ahead and Beyoncéd up a surprise 17-track mixtape, If You’re Reading This It’s Too Late.

Before North West’s next New York Fashion Week appearance, I wager that everyone will be wearing sheer bodysuits—such was the glory of Kanye West’s New York Fashion Week collection for Adidas Originals. These stripped-down and logo-light looks are destined for widespread consumption. The most iconic images from the show are of its front row, though: Rihanna, Cassie, a confused-looking Diddy, Jay, Bey, and Anna Wintour ALL SITTING TOGETHER. Whoa.
Meagan

I absolutely loved this feature in Wondering Sound about the history of shoegaze as told by its pioneers, including Miki Berenyi and Emma Anderson of Lush and Mark Gardener from Ride. The musicians discuss being part of an active and creative music scene, how that scene dissolved, and their pride in the music’s enduring popularity. It’s especially fun to read about the antics they got up to in their heyday: Look out for the anecdote about the time Miki wrote “Hey, Cube, come and say hi to Lush” on Ice Cube’s dressing-room mirror!
Meredith 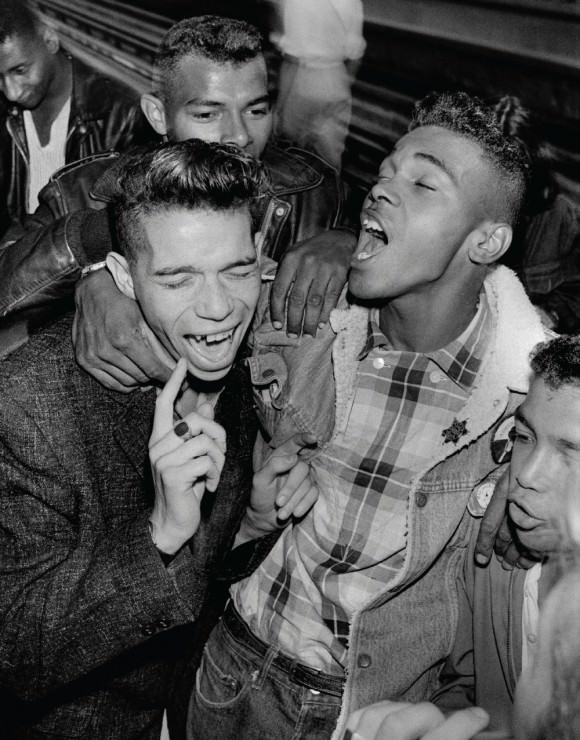 In 1980s Paris, young black men drew style inspiration from the Black Panthers and the fashion of Caribbean and African migrants in 1950s England. The photographer Gilles Elie Cohen was there to capture the black youth culture of Paris, and his recently published book, Vikings & Panthers, is a testament to the lasting impact of that politicized style. 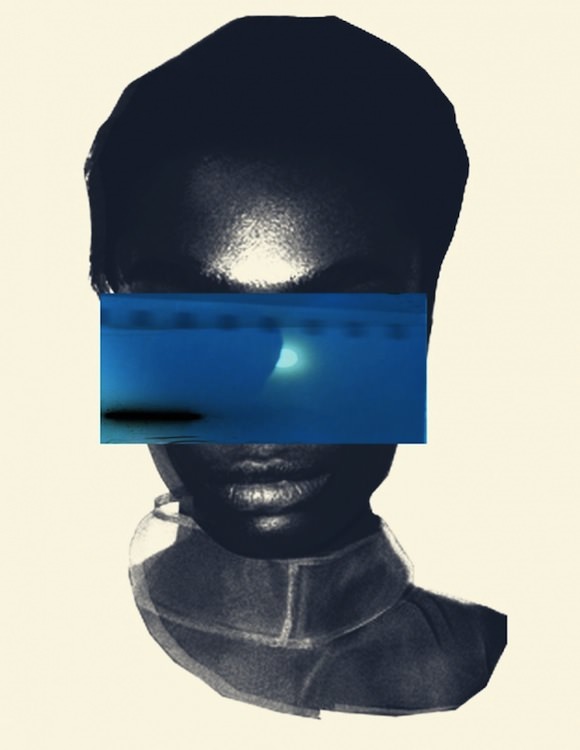 Image by Nkiruka Oparah, via the Guardian.

African Digital Art’s brief survey of contemporary African internet art argues that young artists are applying new meaning to ethnographic images. The collage artist Nkiruka Oparah says her work is inspired by “the flux of the internet—its incompleteness—in combination with an evolving African identity that opened up this graphic way of image making for me.” Each of the four featured artists is worth looking out for. 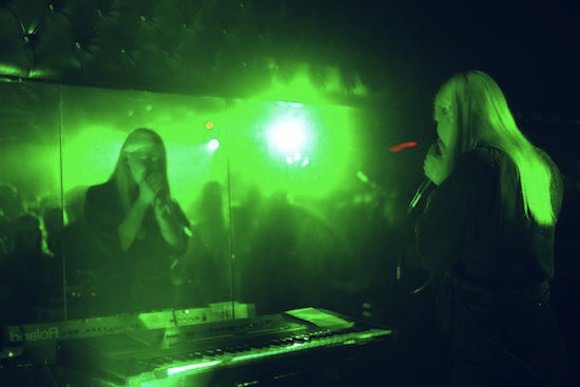 Photo via The Quietus.

The musician Frederikke Hoffmeier, who performs under the name Puce Mary, spoke to The Quietus about her experiences in, and contributions to, the industrial and noise music scenes. She has some especially poignant things to say about the perceived relationship between noise and capitalism, and the idea of wage labor. She also refers to punk as “folk music,” which is awesome in the truest sense of the word. 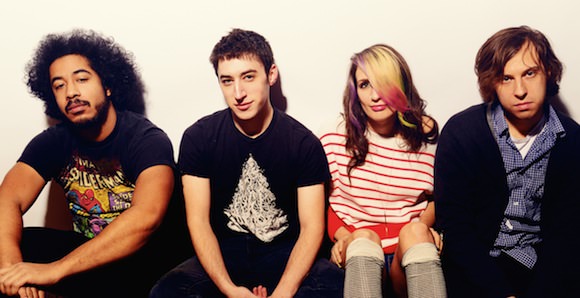 Photo via the Fader.

I’m waiting in crazed anticipation for Speedy Ortiz’s new record Foil Deer. This week, Pitchfork named “Raising the Skate,” the first single from the forthcoming album, its “best new track”. They’re right: “Raising the Skate” is fire. Sadie totally shreds, and the lyrics cement her status as exactly what she says she is—not bossy, but the Boss. ♦