Plus Adventure Time all over your Dr. Martens, what is “no-makeup makeup?” and a major exhibition about black British culture. 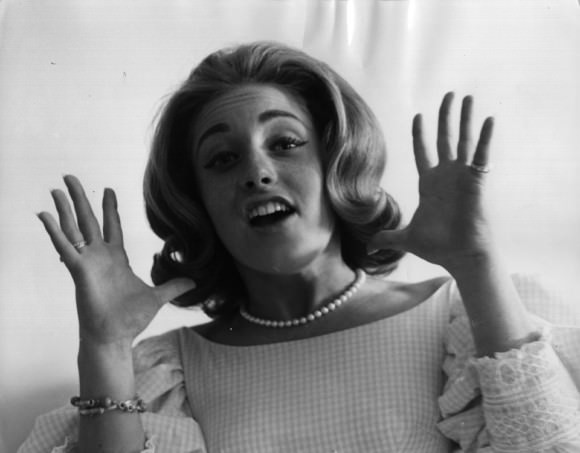 Photo of Lesley Gore on 4 September 1964, by Keystone/Getty Images, via Technology Tell.

On Monday, the singer-songwriter and feminist activist Lesley Gore passed away at 68 years old. Gore was only 16 when her hit song “It’s My Party” smashed the pop charts. Its immense success spawned spinoffs and sequels, like “Judy’s Turn To Cry,” a brilliant revenge track, and the incredible proto-feminist hit “You Don’t Own Me.” During the ’70s and ’80s, Gore became a songwriter, and helped her brother Michael score the movie Fame. Though, by her own account, she was never really “in” any closet, she was a lesbian and publicly lived the last 33 years of her life with her partner Lois Sasson, working on feminist causes. Last year, she lent “You Don’t Own Me” to a PSA starring many feminist celebrities that encouraged women to get out and vote on behalf of reproductive rights. Lesley Gore was a badass, and she will be missed. 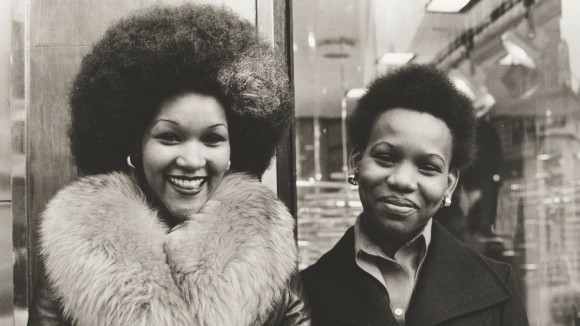 A new exhibition called “Staying Power: Photographs Of The Black British Experience 1950s-1990s” opened at the Victoria & Albert Museum in London, in partnership with the Black Cultural Archives. The exhibit took seven years to create, and it’s a (long overdue) attempt to address the under-representation of black photographers and subjects in the museum’s collections. The show’s curator, Marta Weiss, says that although the exhibition’s title is taken from a history book, the exhibition is “about the ongoing presence of black people in Britain.” She hopes the show will highlight “the significant contributions black people have made to British culture.” Staying Power will be on display until May 24. 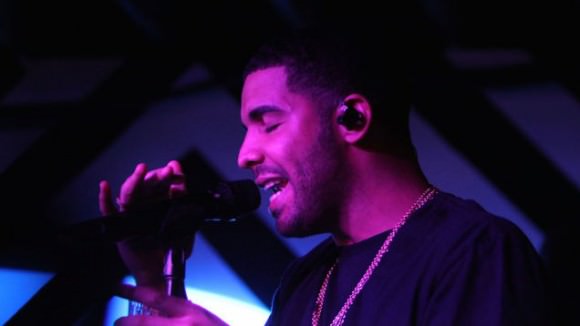 Clover Hope at Jezebel has compiled a super comprehensive history of Drake’s R&B song catalogue. She ranges from back in 2010, when he hinted at the possibility of an all-R&B album, to the raging success of “Best I Ever Had,” up through his latest surprise album/mixtape If You’re Reading This It’s Too Late. Hope analyzes not only his music, but also an astounding number of interviews with Drake and his collaborators. By the time you’re done reading, you’ll wonder why Drizzy hasn’t given in to his R&B-loving-self and made the slow-jam record he so clearly wants to. 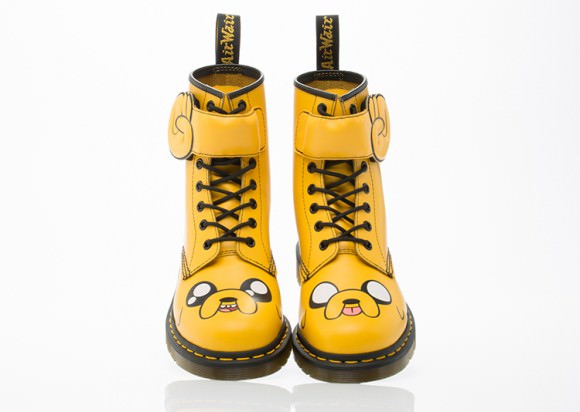 The universe has combined my two favorite things, and it’s more magical than I could have imagined. Dr. Marten is making FREAKING ADVENTURE TIME BOOTS, and they’re absolutely gorgeous! The only snag is that they’re limited to 1,460 pairs—probably a reference to the classic Dr. Marten style #1460 (yes, I’m a huge nerd who has been wearing Docs since I was 12). They’ve set up a preorder, which you can find right here. Jump on it, because they’ll probably sell out super fast.

I’m so very proud to report that our resident edithead, roller-skate obstacle course champion, and all around human donut Amy Rose has started a new website called Enormous Eye, which launched at the beginning of this week. Each post is a record of a Saturday in the life of a writer she admires. To paraphrase her royal flyness, she’s interested in the mode of living that results in the writer’s work. Turns out the way people live is absolutely gorgeous. Bookmark the heck out of this and check back weekly.
Chanel

In best-covers-ever news, BBC Radio 1 hit it out of the park again: For the radio station, Chvrches covered the Justin Timberlake hit “Cry Me A River.” It had been a minute since I’d heard the original, and it’s refreshing to hear Lauren Mayberry belting it out—and to listen to the song from a woman’s perspective. Listening to this cover spurred a loooong JT-YouTube binge, which is just always a good thing. 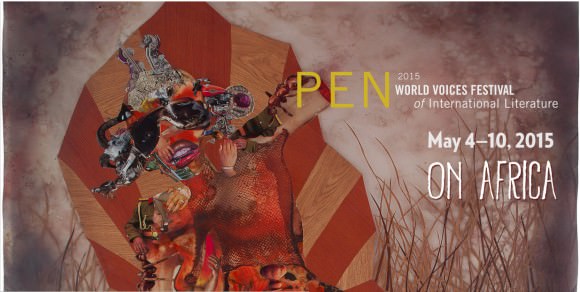 I truly need for apparition spells to become a real thing, because this May, New York will be #blessed by the PEN World Voices Festival! I’m especially jealous because this year there’s a focus on African literature, which is my jam. Amazing writers like Chimamanda Ngozi Adichie, Ngugi wa Thiong’o, Edwidge Danticat, and Binyavanga Wainaina will attend. The Kenyan-American visual artist Wangechi Mutu, and South African LGBTQI visual activist Zanele Muholi will also be there, which basically makes this the most awesome lit festival lineup ever. Did the organizers page through the Rolodex of my dreams to curate this event? Picturing these incredible minds in conversation with each other is just..!—It’s is gonna be a special gathering.

The internet artist Molly Soda explores the idea of barely-there makeup in a series of videos called “Woke Up Like This”. In each video, Molly demonstrates how much money and effort it takes to achieve the “no-makeup makeup” look. You can watch an example above and see that she, thankfully, doesn’t go about her project in a girl hate-y or vindictive way. In her own words:

Once I started shooting the videos I thought about how distinctly different each woman’s “natural” ritual is. We’re all essentially trying to achieve the same “look” but the outcome feels unnatural and foreign on my face.

I find this work interesting especially because Molly looks at beauty practices that glamorize “effortless perfection” without being preachy or telling women not to wear makeup. That’s important because we should all be able to co-exist in this world (and in feminist spaces) with different and equally valid attitudes towards makeup.

New York Fashion Week wrapped up this week, and a couple of the Fall 2015 collections really stood out. Rodarte’s amazing show was all understated, self-assured sexuality in the forms of sequined mini skirts and plunging necklines. All the more DRAMATIC looks were tempered by jaunty cool-girl parkas trimmed with jewel tone furs and bossy tweed jackets. Perhaps my favorite touch was a dazzling pink camisole dress that glittered as it came down the runway to My Bloody Valentine’s “I Only Said“— perfection. 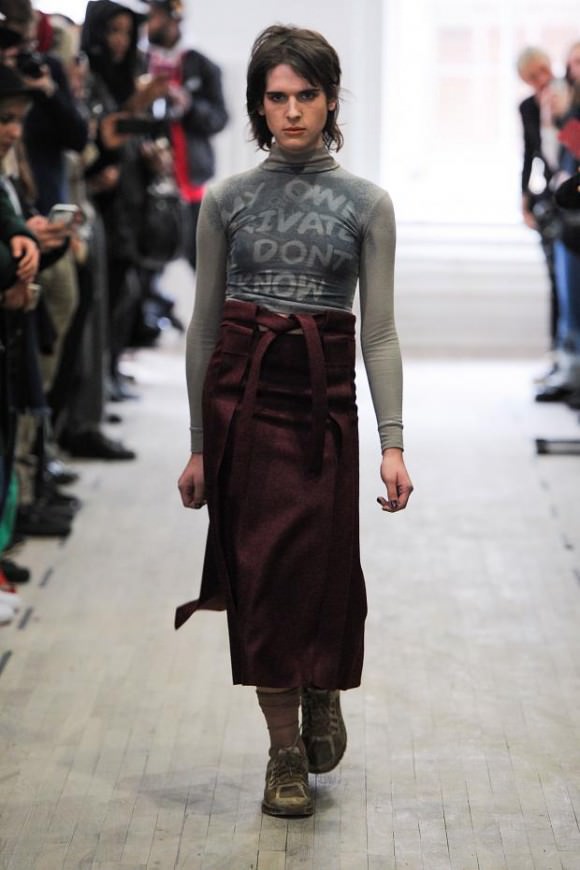 The Eckhaus Latta show was another of my favorites. It was full of clothes that are pared down in construction but complex at the very same time. Their signature mohair crop tops were paired with cutout puffer jacket and oversized cocoon coats to make them fall-appropriate. Hari Nef wore a sweater printed with the words “My own private I don’t know,” which encapsulated the mood of the whole collection. These are clothes that don’t scream LOOK AT ME, but instead reveal how smart they truly are the more you look at them. 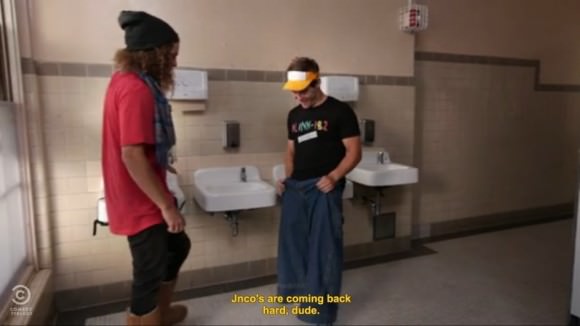 Screenshot via the Fader.

Speaking of fashion, my mall goth soul was thrilled to see that JNCO—purveyor of absurdly wide-legged denim jeans—has been revived and will launch a new collection later this year. JNCO jeans were so enormous that you could basically fit another person inside each pant leg, and I know this because my friends and I tried this in high school. If you need me, I’ll be wearing my spike necklace and JNCO jeans and listening to KoRn like it’s 1999.
Caitlin D.

I thought Wonder Woman was the reigning queen of comic power-femmes? Apparently not. That title belongs to Harley Quinn, the Joker’s jovial, sometimes deranged bad gal sidekick, and the best-selling female character in comic history. This article details the history of Harley’s creation back in 1992 and the story of her abusive relationship with the Joker. It suggests that a deeply flawed anti-heroine can sometimes be just as valid an example of girl power than a flawless, lasso-wielding savior. ♦