“Well-behaved women rarely…” etc. etc., and these rulebreakers are proof. 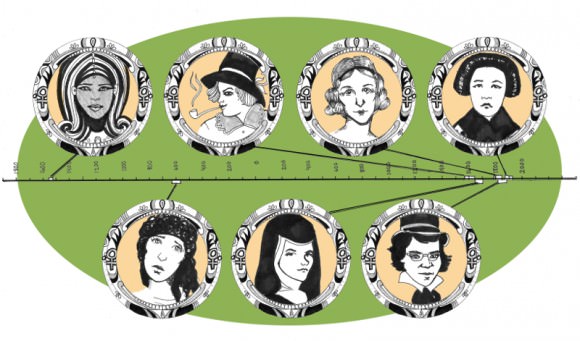 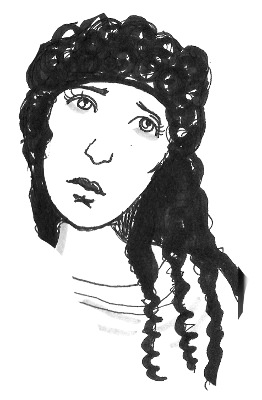 The facts of her life are hazy, but the poet Sappho wrote so prolifically, and with such beauty, that, to this day, academics and casual readers still pore over her work searching for clues about the mystery woman behind them. What is known for sure is that she was born on—and exiled from, for unknown causes—the Greek Isle of Lesbos. Her works—passionate love poems addressed to male and female recipients—survive mostly in fragments, but seem to have been widely celebrated during her lifetime. Plato allegedly called her the “tenth muse,” referring to the mythical nine goddesses of inspiration, creativity and the arts. The homoerotic themes in her work also led, duh no duh, to the coinage of the term “sapphic,” and the contemporary meaning of the word “lesbian.” She is described by a contemporary as “violet-haired” and “honey-smiling,” and whatever historical info is missing from her biography, one thing is certain: We’d all have a crush on her if we met her today. 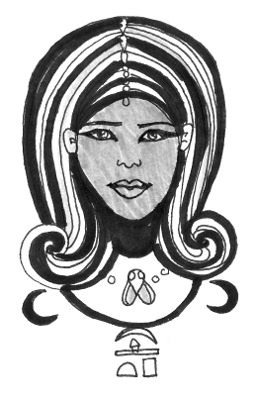 Hard facts are also scant about this Ancient Egyptian Queen, whose beautiful name means “The Moon Is Satisfied.” However, most modern scholars believe that she was, to use a historical term, boss as hell. Ahhotep was either the mother, sister, or wife of Pharaoh Tao (and possibly more than one of the three? Ancient Egypt, guys), and found herself in charge of the kingdom after his death. A note written by her son on a stone slab records a tale of Ahhotep rallying the troops to defend Thebes, fortifying her soldiers and eventually driving away the city’s attackers. She was buried in a gilded coffin (#flawless) and two of her daughters later became Queens of Egypt themselves. 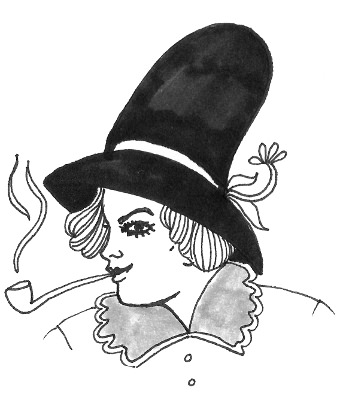 Mary Frith is my favorite historical badass from any period or era, ever. A Renaissance pickpocket and general rule-flouter, Frith wore men’s clothes and was rumored to be the first woman in England to smoke a pipe. When her uncle literally shipped her off to reform school, she jumped overboard under cover of night, swam ashore, and continued thieving, swearing freely, and wearing baggy breeches. Despite several appearances before, and occasional punishments at the hands of, various courts, Frith basically did whatever she damn wanted. She owned parrots and many dogs, each of whom had their own bed with pillows and blankets, and set up mirrors in every room in her house so she could check out her fly outfits. She made and won a lot of public bets, which was also unheard of for women of that period. She performed onstage at London’s Fortune Theatre at a time when women were forbidden to do so, playing the lute and bantering bawdily with the audience. Once, in an apparent apology for her “evil living,” Frith cried piteously before the court and begged forgiveness. (It was later revealed she was drunk.) She was the subject of two plays, one sensational biography, and had many nicknames, including Moll Cutpurse and my favorite: The Roaring Girl. 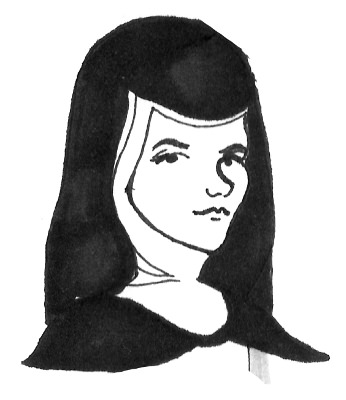 As you may have guessed by now, a common thread among history’s coolest women is their amazing nicknames. Juana Inés de la Cruz is also ON IT in this regard: The 17th-century Spanish Hieronymite nun and writer spoke at least four languages and is sometimes called “Mexico’s Tenth Muse” (a reference to Sappho!). In another common theme (see: wearing men’s clothes), de la Cruz, who had been writing poems and teaching Latin to other children since her tween years, wanted to dress as a man to study at university. Although she was barred from doing so by her mother, she continued to read and write voraciously in private, like so many women of that time (see: Virginia Woolf on Shakespeare’s sister in A Room of One’s Own). After showing up a bunch of male theologians, philosophers and poets at the viceregal court, an academic presentation in New Spain, de la Cruz turned down a number of marriage proposals and basically joined a convent to get some damn time to herself. She devoted herself to study and writing for the rest of her life, acquiring Isaac Newton and the Viceroy and Vicereine of Spain as fans. After writing a public letter defending women’s right to education, de la Cruz took major heat from the Archbishop of Mexico for her “waywardness.” Rather than risk official censure, she seems to have been bullied out of writing anything public after 1693. What does survive of her work is imagistic, beautiful, and strange. She died in 1693, after ministering to fellow nuns who had contracted the plague. 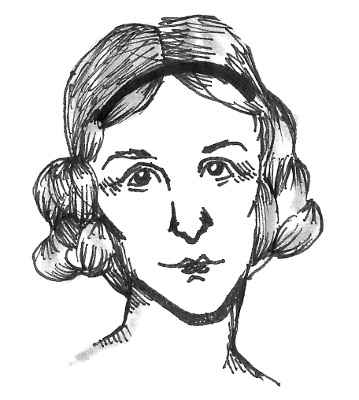 The child of the political philosopher William Godwin and badass woman in her own right Mary Wollstonecraft (she wrote a book called A Vindication of the Rights of Woman, so you can trust me here), Mary Shelley is perhaps best known for coming up with one of the most enduring horror stories of all time—a little volume called Frankenstein, heard of it?—casually over the course of a rainy Geneva weekend. However, Shelley is more than just an impressive teenage author. She was also an accomplished editor (women with literary gifts have often been editors for their writerly husbands or lovers, playing an important and completely unseen role in the creation of some of the Western canon’s most celebrated texts), travel writer, and a liberal-leaning political radical. After her husband, the poet Percy Bysshe Shelley, drowned in 1822 (Romantic poets seem to have almost exclusively died by drowning), Shelley supported herself and her son through her work as a writer. 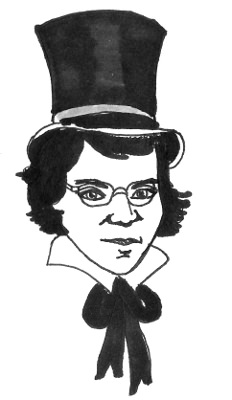 The freedom afforded various historical badasses by men’s clothing becomes even more literal for Ellen Craft, a fugitive slave who escaped the United States with her husband, William Craft, by dressing as a white man and posing as her husband’s master. In an incredibly risky move out of an as-yet-unmade multi-Oscar-worthy epic, the Crafts planned an escape to Canada, cutting Ellen’s hair short and booking separate passage on a train and steamboat to get them out of the country. In order to avoid having to sign her false name on any travel documents, Ellen, who could not write, put her arm in a sling. Upon arriving a free woman in Canada, Craft (along with her husband) became a passionate advocate for the abolition of slavery, attending public lectures with her husband about their escape and eventually co-authoring a book: Running a Thousand Miles for Freedom; Or, The Escape of William and Ellen Craft from Slavery. After many years spent in England raising a family, Ellen returned to the US a free woman, and, with her husband, founded a school for other freedmen. 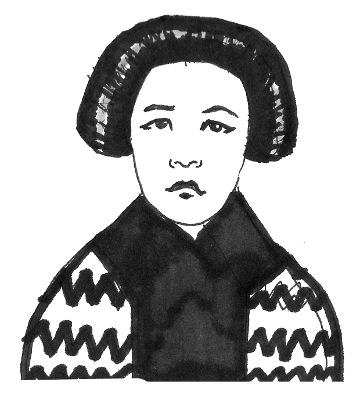 Gang member, revolutionary, poet, feminist, essayist—Qiu Jin really crammed a lot into her 31 years. An outspoken critic of the traditional Chinese practice of binding women’s feet and advocate for freedom from oppressive marriages, Qiu Jin attempted to unite various underground revolutionary forces in a massive uprising against the Qing dynasty. But Qiu Jin wasn’t only a “Woman Knight Of Mirror Lake” in the actual “riding into battle” sense. She also wrote passionately about feminist issues and, in 1906 founded a radical women’s journal with a friend and fellow poet (it was promptly shut down by authorities, but published two full issues first). She headed up a secret military training school for revolutionaries. When she was tortured and beheaded by the government, she became a martyr for the revolutionary cause of women’s rights in China. Once, during a speech about freedom, she straight up thrust a dagger into the middle of the podium. Bad. Ass. ♦