We stream their new EP, and talk about friendship and rebellion. 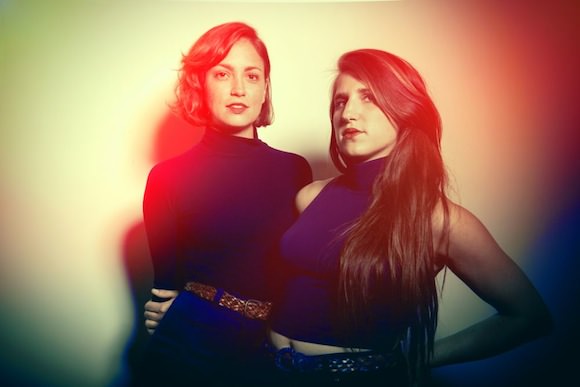 Gal Pals create music that makes me want to grab my best friend’s hand and sneak out of the house. Like the bands Best Coast and Hunx and His Punx, Gal Pals blend the mentality of garage punk bands with the harmonies made famous by girl groups of the ’60s. Their debut album Velvet Rut is going to be my daily soundtrack: I can see myself walking down the street feeling super brazen and confident with tracks like “Here’s To the Girls” and “For Our Sake” in my headphones. Here’s the album in its entirety. Hook up your speakers and listen for yourself:

I caught up with guitarist Lauren Marie Mikus and drummer Jillian Talley to chat about how they formed Gal Pals, friendship, and why they left Austin, Texas.

BRODIE: How did you start making music together?

JILLIAN TALLEY: Lauren and I worked together at a vintage clothing and furniture store in Austin. We met there, and then we started jamming, and that was that!

LAUREN MARIE MIKUS: We mqde each other mix CDs and we liked the same music and talked about being in a band. I was working out of town for a little bit, and when I came back in 2011 we started to play together.

Have you seen The Punk Singer, the documentary about Kathleen Hanna?

There’s a part in the movie where Hanna talks about how she has to do something with her friends—make a movie, or a song, or a zine. Are you two like that?

JILLIAN: That’s a good question. When I reflect on my important friendships, that’s the way it goes. It starts as an excuse to hang out, and then accidentally becomes something real, like, Oh, that’s a great surprise! But making something wasn’t the motivation, it was just something to do together that felt somewhat productive and creative. I’m pretty lazy when I’m by myself. I need motivation. I can’t speak for Lauren, but I don’t sit at home and write lyrics or think of melodies. All of our brainstorming happens as soon as we come together, like in the car on the way to practice. I need—

LAUREN: —the trigger? Of me being there?

JILLIAN: Yeah! That sounding board. 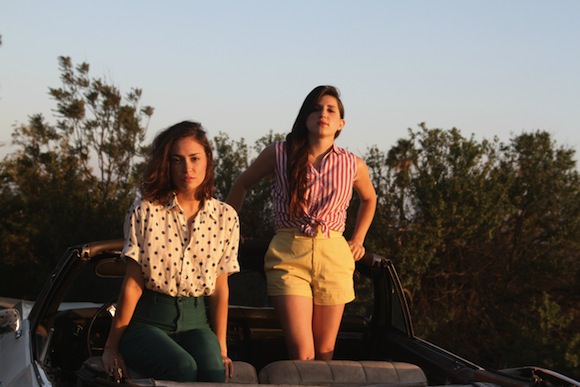 You guys just moved from Austin, Texas to California. What made you want to relocate?

LAUREN: We were actually just talking about this last night like, “What have we done?”

JILLIAN: Not in a bad way but just, “Why did we do this again?” I guess we did it to just conquer new lands?

LAUREN: We can also pursue music stuff more. We can tour on the west coast and have access to bands that tour more often.

JILLIAN: Texas is a gigantic, landlocked state. Austin is really cool, but when you’re there you’re in a huge mass of nothing. There’s a vibrant music scene that we were a part of, but it’s pretty small.

LAUREN: It’s a really great community, but it kind of stays within itself.

JILLIAN: And we wanted to live by the beach! I lived [in Austin] for 10 years. I just wanted to try something new.

Did moving away together make you rely on one another for friendship and support?

JILLIAN: No, we’re not really that good of friends. [Laughs]

LAUREN: We’re really lucky that we had a handful of really badass friends that already lived here [in California]. But of course it’s also great to have each other.

I’ve heard you compared to the Donnas, and my first exposure to them was when they played at the prom in the movie Jawbreaker. What teen movie would you want to make a band cameo in?

The theme on Rookie this month is Acting Out. Recently, a bunch of us talked about our tiny rebellions. In your music video for “For Our Sake” you’re being super naughty and silly—it feels like it was made for this theme! What are the everyday, tiny things you do when you want to fuck things up a little?

JILLIAN: I worked at a really nice hotel in Austin for a long time, and I just refused to shave my armpits for like three months. I would be serving people $15 glasses of wine with my armpit in their face like heh heh heh. You notice that people are like, Urgh, and you’re like, Fuck you. That’s just the first thing that comes to mind, but there’s probably a million little things.

LAUREN: I can only think of how we’re not supposed to go out on the balcony at our practice space…

JILLIAN: Oh! That’s so much better!

LAUREN: Our downtown rehearsal space is huge and it has a fire escape. You’re not supposed to go out there [because] it’s a million years old. It’s not a balcony, it’s just this really old fire escape. People have told us not to go out there and there’s a night watchman who scolded us about going out there. But we still do it.

JILLIAN: Every time. It’s important for us to hang out there. It’s about taking a break and looking out over all of downtown and getting fresh air.

LAUREN: It’s refreshing. Somebody watches out for the night watchman so he doesn’t yell at us. You’re really not supposed to go out there, but it’s like, important to our ritual that we do it before we start rehearsing. ♦