Why Can’t I Be You: Catherine McCormick

The best part of being a comedian? “The audience isn’t allowed to talk back.” 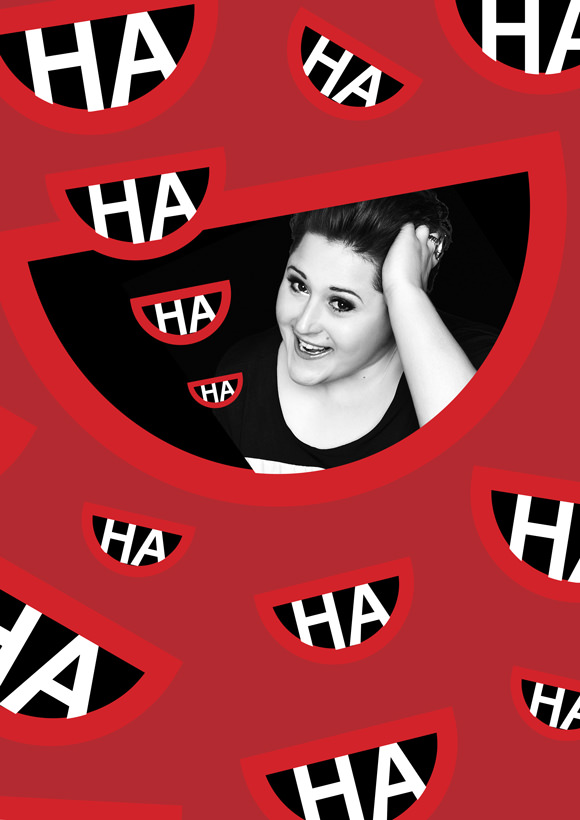 Catherine McCormick is an outspoken, hilarious queer comedian that I just can’t get enough of. I first met her at an improv show in Toronto five years ago. When I moved back to the city after a few years overseas, I found Catherine killing it on stand-up, improv, and sketch stages across the city, plus performing at festivals all over North America. A year later, she convinced me to give stand-up a try myself and offered me a slot in a special show she organized just for first-timers.

Catherine makes things happen. She hosts and produces Box Social, a podcast about “feminism, sexuality, comedy, art, relationships, mental illness, and whatever else comes up,” works full-time as a legal assistant during the day, and performs at gigs at night. She and her fianceé Danz Altvater, who is also a stand-up comedian, host and produce LGBTQ- and women-friendly stand-up nights in Toronto. Together, they provide positive spaces for comics. We chatted about “women in comedy,” carving out your place in intimidating settings, and Danz’s stomach hair.

MONICA HEISEY: How did you get into stand-up?

CATHERINE MCCORMICK: I started out as a fan of stand-up and comedy podcasts, and then I went to New York City and saw a show at UCB Theatre. It blew my mind. I came home and signed up for improv classes here in Toronto right after. Since then, I’ve done improv, sketch, stand-up, comedy rap battles, storytelling, and acting in webseries.

How was your very first set?

It was really fun. I was lucky enough to have a friend offer to book me so that I had a deadline to work toward. I kind of procrastinated until the last minute to write—I haven’t changed since then—and then had a great set. I was also really lucky in the sense that, if you show up at a random open mic, you can get a small or rough audience. Shows oriented for first-timers are always recommended, because they will be a little nicer to you.

What feels special about working in comedy?

It gives me a chance to get all of my weird ideas and views out there in the world and just generally be goofy, and it’s considered charming because I’m a “comedian.” Oh, and the audience isn’t allowed to talk back. Being heard, but without the likelihood of it turning into a weird fight, like it might on social media or Tumblr.

You and your fianceé both run stand-up shows for women and LGBTQ comedians. What made you both go, “We better have our own night”?

Stand-up is an intimidating scene for everyone, but for new LGBTQ comics, it can be really tough to break into that world and feel comfortable. We wanted to make a stage available to those performers, where they can feel safe to try out new material and be watched by their peers.

What’s your biggest personal or professional success to date?

The thing I am most proud of is my podcast, Box Social, because it’s a true labor of love. I do all the interviews, editing, tech stuff—all of it. I like how it’s a platform that is permanent and new listeners find it all the time, whereas live performing is very ephemeral. Personally, I am most proud of the fact that I got engaged this year and am just in a really happy place with my relationship and my life in general. I wish I could go back in time and tell my teenage self that things would sort themselves out.

How would you describe your style of comedy? How has it evolved since you first started? I’m obsessed with where you’re at lately, or at least the last time I saw you. That joke about the thigh gap/vag rotisserie is just everything. [Editor’s note: This is a pretty raunchy joke, so probably don’t watch this at school/other raunch-free zones.]

That thigh gap joke is still getting likes on Tumblr every day. [Laughs] Out of context, they sound dirtier than they are, but I do tend to talk a lot about bodies, sex, being queer, and being a fat woman, and what that means on a day-to-day level. I like to talk about the things that I talk about with friends when we’re just hanging out, but just more publicly. There’s something fun about saying something really personal, or just talking about physical realities that even the most progressive TV comedies don’t get into.

Stand-up comedy has been historically a straight white man’s world. Do you think that’s changing?

I definitely think it’s changing, and the main issue is not only getting more diversity on the stages and screen, but also getting a more diverse audience for comedy. More people of color, queer folks, and women need to not only do comedy, but watch and support diverse comedy. That way, when we get out on stage, we’re not facing a room of 22-year-old white straight dudes who don’t get our jokes. That’s what’s brilliant about podcasts, YouTube, and even Tumblr: You can find your own audience without having to rely on mainstream channels.

What do you make of guys who think your and Danz’s shows are unfair because straight white guys aren’t given slots, or, at least, aren’t prioritized when you’re booking shows?

I think they’re a bunch of sad, whiny babies, mostly. In all likelihood, they have spent their whole lives being catered to without realizing it. That’s how privilege functions. The world goes around making things easier and more comfortable for you, and you don’t even notice it. And then you get extra mad when it’s pointed out to you. I’m the first to admit that I have had that realization myself when it comes to my own white privilege. It’s not an easy thing to digest, but a lot of people prefer to go out and resent the people who are trying to institute change rather than to actually consider their own privilege in the world.

I find some male comedians’ obsession with not being “censored” to be an extension of this. I never know what to say when someone tries to argue with me that rape jokes are OK, or that their homophobic rant is actually “satire.” Do you have any tips?

I try to remind people that freedom of speech doesn’t mean that you aren’t accountable for your words. You can say whatever you want, but if you’re turning off half of the audience, then you’re not really doing a very good job. In stand-up, it makes it harder for all the comics who come after you who have to turn things back around. When it comes to Twitter or other online avenues, I just unfollow and move on. There are some people who just want attention, no matter how negative.