We Mean What We Say: An Interview With TLC

“Everything we said and did and dressed was true to our hearts.” 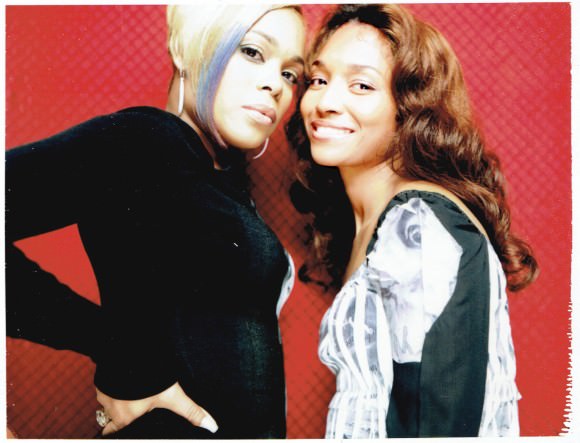 In the early, baby years of the ’90s, three ebullient Atlanta teens—Tionne “T-Boz” Watkins, Lisa “Left Eye” Lopes, and Rozonda “Chilli” Thomas—formed one of the most enduring and important girl groups of all time: TLC. They were united by producers and the music industry, but once they met, their connection was magical. When TLC put out their first album, Ooooooohhh… On the TLC Tip, they changed the scope of music (R&B, rapping, new jack swing), fashion (they’re the reason baggy, colorful boy-wear and condom accessories were a thing), and dance (fun + choreographed!). Most important, they advocated that strong women not settle for lesser dates or friends—and they were more about their friends than anything else (see: “Waterfalls,” “No Scrubs,” “Baby-Baby-Baby,” “Unpretty,” and so many more songs as evidence).

In 2002, Left Eye died in a car accident in Honduras. Since then, T-Boz and Chilli have dedicated much of their lives to her memory, even while they’ve had personal obstacles to face, including T-Boz’s lifelong struggle with sickle cell anemia. This month, T-Boz and Chilli started a Kickstarter campaign to support their fifth and final album as TLC, and their mission is the same as ever: to write songs we can live by.

I met TLC earlier this month in a hotel in New York City, on the day they announced their Kickstarter campaign. When I walked into their suite, Chilli was on her phone tweeting her fans, and T-Boz was in the hallway joking with their manager. Their outfits matched, like they always have: They were wearing the same dark shade of maroon, loose shirts, and baggy, comfortable pants—the chill and so-cool adult versions of all those outfits I (and probably millions of other people) idolized in their earliest videos. I grew up on TLC, like so much of the world did and still does, and because of that, I was a little nervous to talk to them. But the reason their music has always been so important is because they’ve never put on fronts: The second I arrived, they both gave me a hug, and took a seat on either side of me on a gray leather couch, like we’d all been BFFs for years. In my mind—maybe yours, too?—we have.

We talked about friendship, pranks they pulled on their early tours, and the great mom-advice they give their kids—T-Boz’s 14-year-old daughter, Chase, and Chilli’s 16-year-old son, Tron. R.I.P. Left Eye.

JULIANNE: How did you come up with your Kickstarter idea?

T-BOZ: Our manager actually came up with it, and we were like, Oh my god, no way, there’s an opportunity to do something that’s brand new, innovative, out the box. That’s something we’ve always stood for, our whole career. So this is ideal.

And you have always had such a strong relationship with your fans! Beyond the Kickstarter rewards [some include meeting T-Boz and Chilli in person], how do you think the fans are going to interact with you?

T-BOZ: Well, from reading Twitter, the response is amazing! They’re like, “Oh my god, I’ve waited all my life to do this with you, I’m gonna touch you!” It’s so exciting. ’Cause I’m trying to think like, if I was little, and Michael Jackson did this, I’d lose it! I’d probably give my rent money, my car note… [Laughs]

CHILLI: That’s what people are saying! We’re like, No, pay rent, honey! It’s weird because we’ve never liked to take anything for granted, but it’s a relief, because I always stay nervous. We both do. And this is a little bit like, Whoo-sah! They are embracing it, and they love the rewards. It’s us.

Have you thought about what the music will sound like?

CHILLI: It’s a combination of things. It’s definitely going to have to come once we’re in the studio—that’s when everybody’s creative juices start to flow, and I think we come up with our best work that way, because it’s just on the spot. When your gut is telling you something, it’s the right thing. When you’re really working like that, you get your best stuff, because you don’t have too much time to sit and think about it and this and that. You’re excited! But we’re definitely not going to stray away from what people like about us, the lyrical content, because there’s substance there. I think the reason our music is timeless, like [T-Boz] says a lot, all these years later, is that you can play “What About Your Friends” and every lyric in that song is like, Man, I can relate to that!

T-BOZ: Yeah, any of our songs! Like one of our songs off Crazy Sexy Cool that I was really hoping would have been a single was “Case of the Fake People.” We gotta do that!

Yo, that’s what has resonated with people since you started: You always put forth this confidence, which I think is inspiring. People have this idea of who you are as self-possessed, strong-ass women. We saw that. But were there times when you were in your teens, or early twenties, that you didn’t feel that way? How did you get through it?

CHILLI: Growing up, oh my goodness. I was very insecure about my body. Because I was so little! I was like, Oh my god, I don’t have hips! They’re not out yet!

T-BOZ: I wore two pair of pants to be thicker!

CHILLI: Yes! And I remember being upset when the Janet Jackson “Pleasure Principle” video came out, because I was like, My body’s not gonna be like that! I remember older people telling me stuff to make me feel good, but at the end of the day, I had to own being a petite person, and I still do to this day, because you know, I’m just not a thick person. It is what it is. It’s internal—it’s not just how you look on the outside, it’s making sure you’re healthy on the inside. With the breasts? I had small breasts, you know what I mean. I didn’t put the tissue in [my bra], but I will say this: Back in the day, I heard that if you put butter on the boob-cakes, it’d help them grow, and I did that! I would slice off a little piece of butter from the refrigerator, and I’d be rubbing it on there, like hoping they’d get bigger! Of course it didn’t work. Then when I met [T-Boz and Left Eye], we had so much in common when it came to certain things, and that’s why I think my confidence was boosted even more, once I was in [TLC].

T-BOZ: The song “Unpretty”—it was actually a personal situation on my behalf. When I wrote that song, I basically wanted to stand up for how people made me feel in school. I had sickle cell anemia, and I didn’t understand the disease I had myself, but people would say to me, “Oh, Sickle, you’re gonna die.” So mean. But this is the thing: I had tough skin, ’cause my mom was amazing. But at the same point, not everybody handled things the way she taught me to, and there were times when I got down. My thing is to give somebody something relatable, like in those lyrics, and to show there is an upside. You can overcome. I was told I wouldn’t live past 30, that I would never have kids, and that I’d be disabled my whole life. I’m 44, my daughter’s 14, and I’ve traveled the world in the best group on the planet. So, my thing is, there’s always an upside. There’s always someone worse off. I’m always gonna take the positive route, and I’m always gonna show you, like, I understand why you feel like this, because it’s normal. But this is what you should do…and it actually works. So that’s what I hope people get from our music—to feel better about themselves. Don’t let them win! I tell my daughter: Don’t cry. You can cry at home, but if you ignore ’em, they stop every time, ’cause you’re not giving them energy. Some people just want any of your energy, good or bad. But you can’t give them that.